“Jordan Peele is brilliant, but that's the tip of the iceberg of the stories that are out there that are waiting to get made,” executive producer Shelby Stone said during the TCA Summer Press Tour, referring to the Blumhouse film Get Out. She was there to promote the new show Horror Noire, an anthology series spin-off of the 2019 documentary, Horror Noire: A History of Black Horror. Through six episodes, different stories will be told of Black horror from Black directors and screenwriters. And the only place to see it is on Shudder and AMC+. 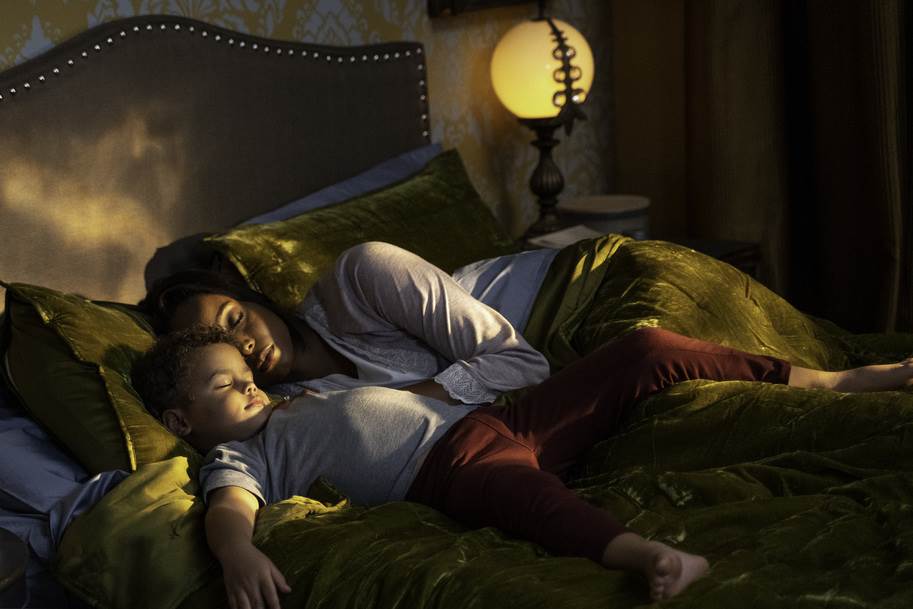 Get Out represented a turning point for the industry and all of the writers on the panel agreed that it served as a major point of inspiration. “It has opened so many doors that its value goes even beyond that Oscar-winning screenplay,” explained writer Tananarive Due. “There were times in that movie where I was like, I have been in that situation; And the fact that it got turned into horror, it was just poetry,” added Al Letson. “Just bless him,” concluded Steven Barnes. “What Jordan did changed the game completely. I see so many talented Black writers out there who are just blowing it up, and they actually have people who are willing to listen to them because on the other side of the desk in the executive suites are people who look like them. This is different. The proof of concept has been made. You can't keep denying that there's money to be made here.”

“I tried to sell a Black horror movie about 20 years ago and it got bought and then it got shelved,” Shelby Stone confessed, adding more value to the importance of Horror Noire to her. “Sometimes you get made what you are allowed to get made, not because you don't have an interest in other genres. I was really excited when this opportunity arose because I wanted to tell these other stories.”

The documentary film Horror Noire: A History of Black Horror focused on the way Black people were presented in horror films, often through the lense of non-Black creators. This led to tropes where Black characters were either the first to die or had some magical knowledge, their role existing to convey exposition. “We definitely do want to lean away from those tropes, but it’s important to realize that it is okay for characters to die and okay for characters to have magical knowledge as long as, one, they're well-rounded characters, and then they're not the only representative of that group in the film and that's the only purpose for having that character in the film,” Tananarive shared. “We get the opportunity to express our stories based on our own cultural myths and our own experiences.”

Both Shelby and Tananarive had relatives who believed in hoodoo, which has been treated poorly in media. “Even if it's not technically hoodoo, it's just that sort of oral history of how African Americans or people from the Caribbean have coped with infant mortality, have coped with poverty, have coped with these larger questions, whether you believe or not,” Tananarive added. “I think history as the monster is something that I have enjoyed unpacking a great deal in my prose, although, in Horror Noire, the stories are more about the monster in the mirror… We really do contain multitudes. It has to do with personal experiences that are just sometimes slightly different.”

“You always hear people talk about how there's no new stories to be told under the sun,” writer Ezra C. Daniels said. “So the fact that so many people who have never gotten that pulpit are getting that pulpit now is going to change the game of creative consumption. Movies and TV shows and books and everything are going to change vastly as these doors open up to different storytellers.”

Streaming October 26th, Behind the Monsters is a new documentary series that takes a deep dive into some of the most iconic horror characters of all time. Interviews with the creators behind each character and horror experts pepper each episode, with themes including Chucky, Freddy Krueger, Candyman and more.