Wednesday nights on ABC have been the place to be for comedy for years now and that won’t change anytime soon. Kicking off September 22nd, three returning favorites are joined by a new take on the classic sitcom The Wonder Years. During the TCA Summer Press Tour, the executive producers of each show gathered together to talk about what makes ABC sitcoms stand out and what fans can expect from the season premieres.. 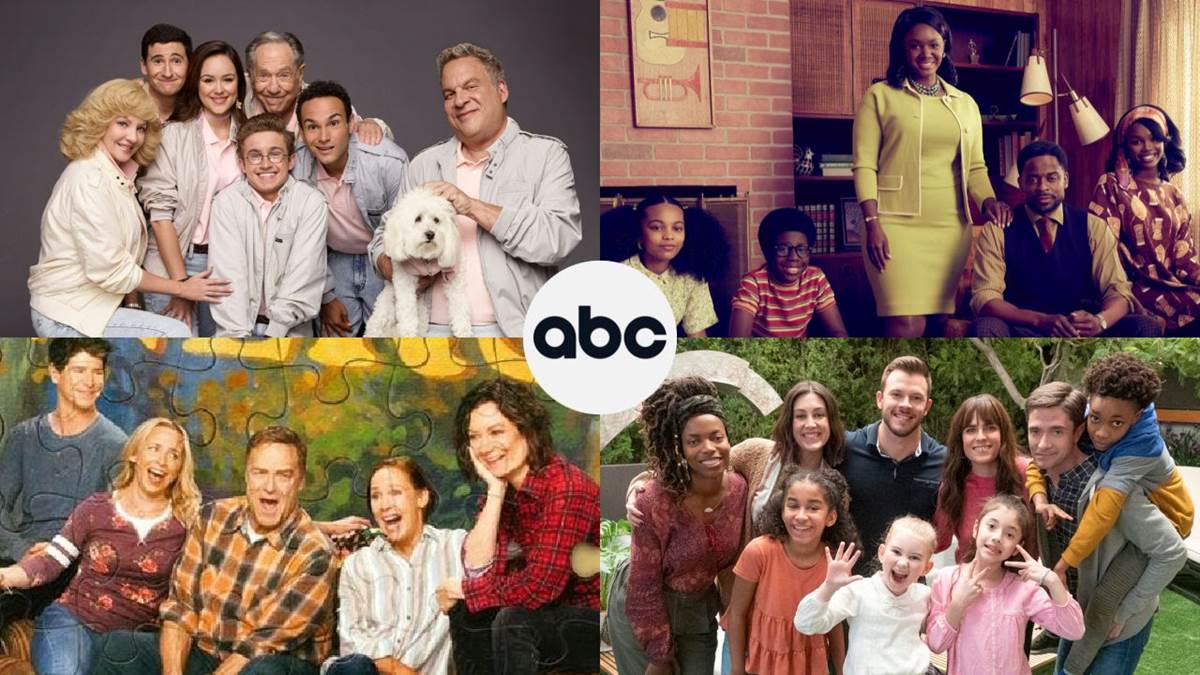 The Goldbergs – Wednesdays at 8/7c

George Segal sadly passed away last spring, known to fans of The Goldbergs as Pops. “He passed away two days before we wrapped for the season, so we couldn't address it,” star and executive producer Wendi McLendon-Covey shared, who plays George’s daughter Beverly. “Every time we open a season, it's always a movie tribute… And I've got to hand it to our writers. We are doing a movie tribute that actually takes us on the journey of where to spread Pops’ ashes. So it is not only a traditional tribute, but it's hysterically funny, and you will cry your eyes out. Because Sean Giambrone and I could barely get through filming. And we'll be mentioning George a lot during the season.”

“There's things going on in society now that have happened before and that stand to be revisited,” executive producer Saladin K. Patterson said about how this show set in the 1960’s stays culturally relevant. “I think as a country, we have been revisiting some things in the past year and a half. That came to light because of COVID, because of the George Floyd incident, because of presidential elections and things that resonate with very similar things that were going on in the past. And we are capitalizing on that… Some issues that still exist aren't bound by time, and so it gives all these shows opportunities to still comment on them.”

The Conners – Wednesdays at 9/8c

“I felt like people really had come to a point where they really needed some honesty in comedy,” Bruce Helford shared about the reboot of Roseann that transformed into The Connors. “The light, superficial stuff had come to its full pass there. The world is more complicated, we're tackling a lot more dramedy than we used to.” This season will also kick-off with a live episode with separate performances for the East and West coast and fans can enter a contest to be part of the episode. “We're going to be calling our fans, randomly selected, and talking to them live on-air about their lives and how it relates to The Connors… They're not going to know what we're calling about, we're not going to know what they're going to say. And it's going to be something pretty special.”

“I don't think anyone hopes for just seven episodes, but it was such an extraordinarily different year, we just felt really lucky that ABC believed in us enough to give us a shot,” actor and executive producer Topher Grace shared about the first season of Home Economics. “We were very grateful to be able to do it, and very passionate about what the story was about. And there was kind of a feeling of, if it can work like this on one set, then we can expand it and it will work.” The star also shared a tease of the season two premiere. “The first episode is at Levi Stadium in San Francisco, where the show takes place. Jerry Rice is on it, it doesn't get any bigger than that.”

Get your comedy fix Wednesdays on ABC with The Goldbergs, The Wonder Years, The Conners and Home Economics starting September 22nd. New episodes stream the next day on Hulu.