Netflix’s hit series from Spain, Money Heist (aka La Casa de Papel), is coming to an end with Part 5 streaming in two volumes, releasing on September 3rd and December 3rd. TCA members were given an early look at the final season during the Summer Press Tour, after which cast members Úrsula Corberó and Álvaro Morte joined director/executive producer Jesus Colmenar to talk about the show and answer questions. 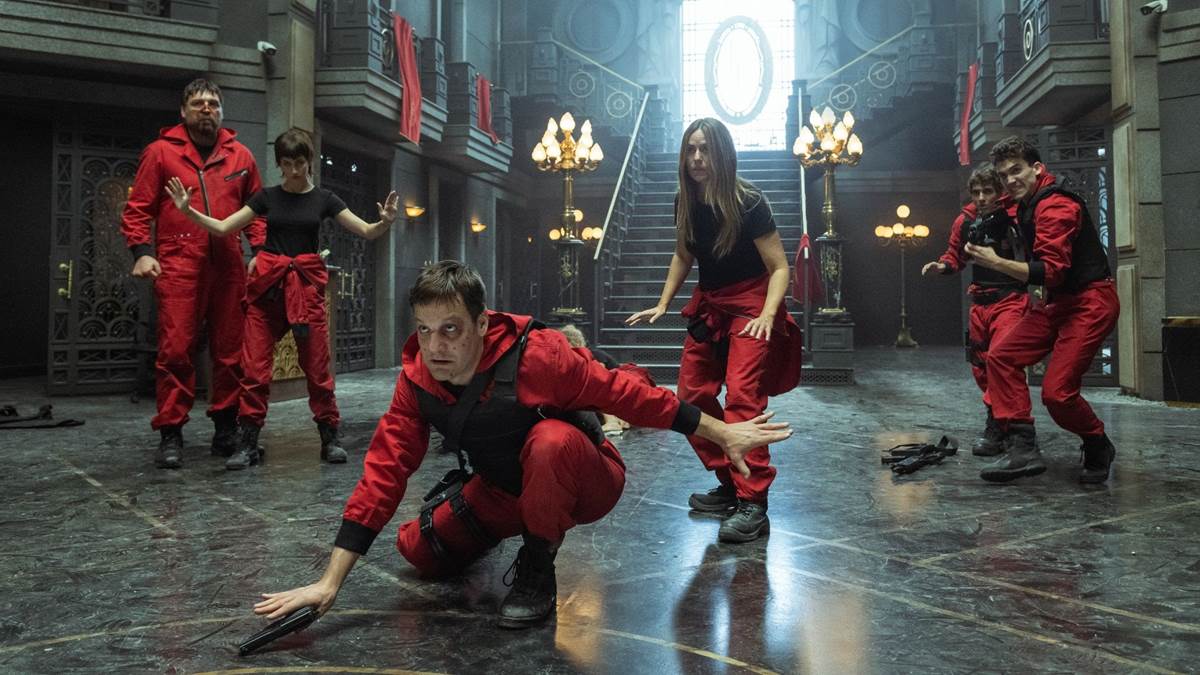 “The scripts for Money Heist are written at the last minute,” Jesus Colmenar shared about series creator Álex Pina’s secretive nature on the show. “The director and cast don’t know what’s going to happen more than two episodes out. I think this works because it helps us to have more information on how the dramatic arc is working and helps us have more flexibility to change where the story leads us. Nobody knows what will happen. We have this master outline of the essential part of the story, but the rest can easily change last minute.”

“We had some pre-established roles before, because the show was already made before we became so big,” Úrsula Corberó explained about filming the first two parts of the series before it become a hit on Netflix. “We had this totally different budget level and it became a huge production, but it was difficult to change the way we were already established when we made the first and second season. We had already lived, gone through this, and it had been intense already. So we continued the same path. On a personal level, I’m still digesting all that has happened. I am aware of how unexpected everything has been, how big, but, at the same time, how beautiful.”

“With Netflix, there are 190 countries watching us, so it can be overwhelming,” revealed Álvaro Morte, talking about how fans of the show would gather around outdoor shoots to try and catch a glimpse of the cast. “When you are on set working, if you are bearing in mind all of this you can go crazy. I wouldn’t be able to work. You have to just let yourself go and follow the story and not think that much of the huge audience that can be watching you.”

The series finale promises that viewers will see “The end of the greatest heist in history” and for Jesus Colmenar, he’s one of just a handful of people who have seen the final edit. “We have already finished finally the editing and everything, so I have watched it,” the producer/director bragged. “I can tell you for sure that this is the biggest and the most thrilling one. We have pulled out all the stops and this is the final battle. We get this complete vision of everything and this is not the end of the bank robbery, but the end of Money Heist, which is quite a huge thing.”

It all ends this September 3rd and December 3rd, only on Netflix.