Nine Perfect Strangers is back this week with episode 5 “Sweet Surrender”. 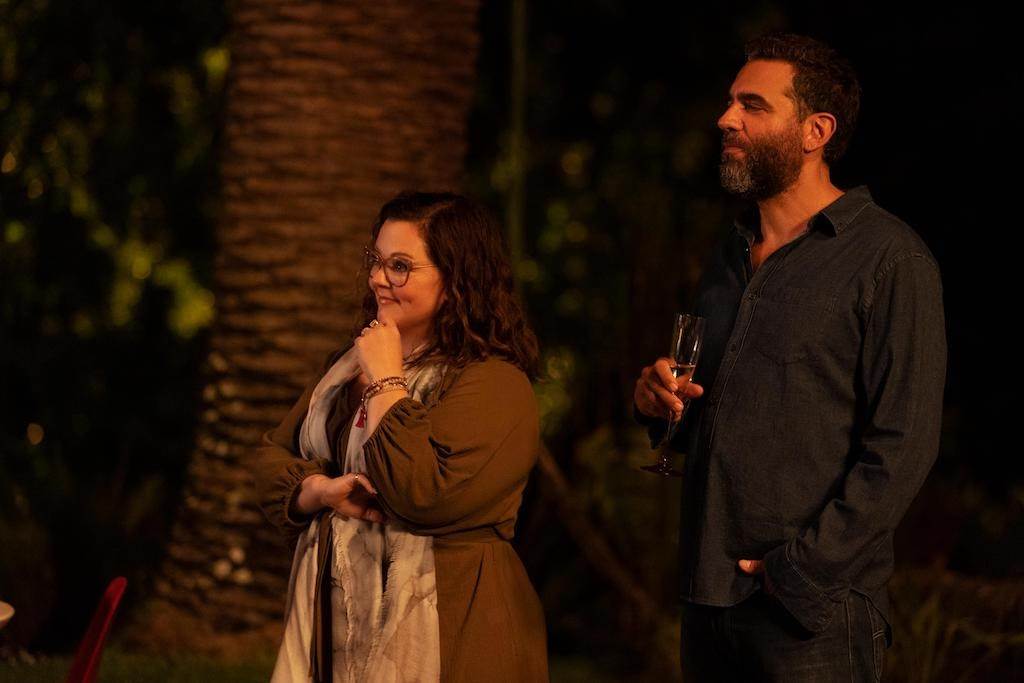 The title of the episode tells viewers what to expect from this week’s stay at Tranquillum House. Masha (Nicole Kidman) is swimming when she recalls a past incident at Tranquillum when a guest died. How that guest died is uncertain, and how much Masha is responsible for the death is also questionable.

Zoe (Grace Van Patten) has a moment in her room where she sees her brother Zach (Hal Cumpston). They only talk briefly but Zach assures his twin sister that she wasn’t to blame for his suicide. Zoe embraces Zach and before he leaves, he has one more request. Zach asks her to stop telling everyone that they weren’t close.

Heather (Asher Keddie) walks in to see Zoe, and wishes her a happy birthday, which is followed by Napoleon (Michael Shannon) coming into the room and singing a celebratory song, which he always does on her birthday.

At the communal breakfast, Napoleon addresses the group and describes a dream he had of singing at Shea Stadium as a member of The Beatles. Lars (Luke Evans) shares his dream of giving birth and that everyone was there for the delivery including Tony (Bobby Cannavale) who was the father.

Francis (Melissa McCarthy) is pulled away from breakfast because she has a visitor. It’s Paul (Ben Falcone), her former boyfriend. During their discussion, Paul ridicules Francis’ work and describes how he conned her. The emotional trauma of the event is thankfully a dream, as Francis is woken up at the breakfast table, having passed out into her oatmeal.

The hallucination has awoken some doubt in Francis. She confesses to Tony that she has hated her writing for a long time. Francis feels like she can’t write, but Tony is quick to provide a vote of confidence in her abilities. 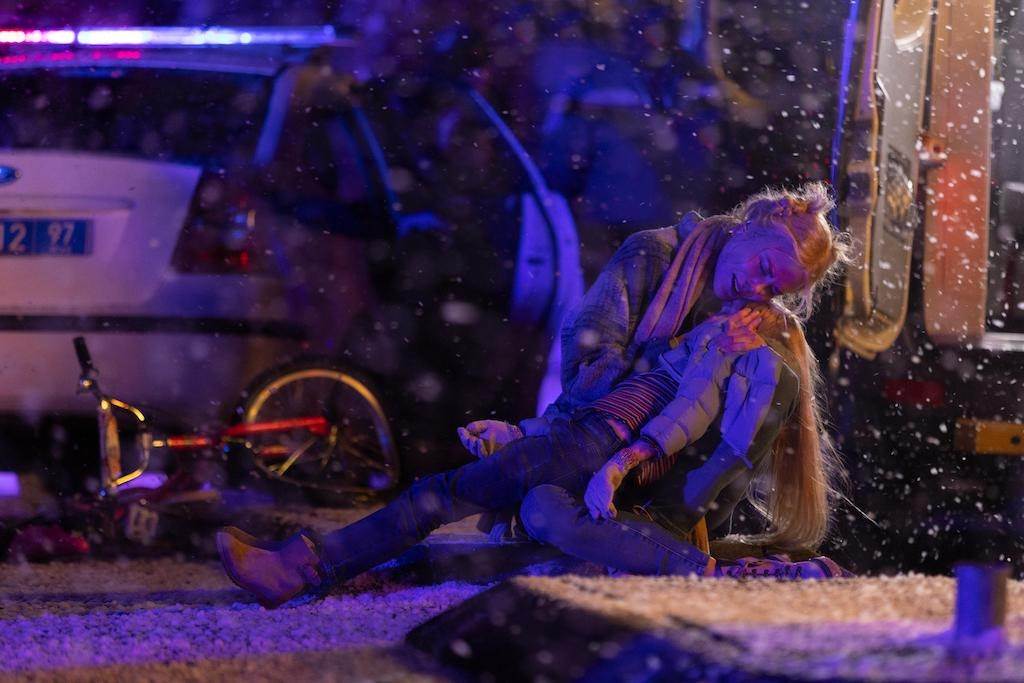 Masha and Delilah (Tiffany Boone) have a moment to meet and discuss what’s going on with the residents. Masha takes this opportunity to apologize to Delilah. Masha admits that it must have been hard on Delilah witnessing the death of a previous guest. The leader and employee embrace with a renewed interest in their own personal relationship.

Imaginations are running wild at Tranquillum. While out for a run, Heather imagines Zach is chasing her. This vision unnerves Heather. Meanwhile, Zoe and Lars continue to build on their friendship by sharing some personal secrets. Lars admits that his relationship with Ray ended because he wanted kids and Lars did not. Zoe confesses to seeing Zach at Tranquillum.

Napoleon and Heather have had a rough three years, but together they are building their life back thanks to Tranquillum. Napoleon leads his wife to a waterfall, where after some encouragement, the two leap to the lagoon below.

While many residents at Tranquillum are building on their relationships, Tony and Francis are charting a new path in their friendship. Together, Tony admits to his past misdeeds, including abusing oxycontin, and missing out on much of his children’s life. He tells Francis that every time he closes his eyes, he is confronted by past mistakes.

Carmel (Regina Hall) encounters Lars and erupts in anger. Carmel is tired of seeing people being happy when she feels so terrible. She is sick of pretending to be ok. While Lars and Carmel have been at odds in the past, Lars offers some helpful advice. He tells Carmel that she needs to disassociate herself from her ex-husband and move on, because she needs to move beyond the pain of her past. 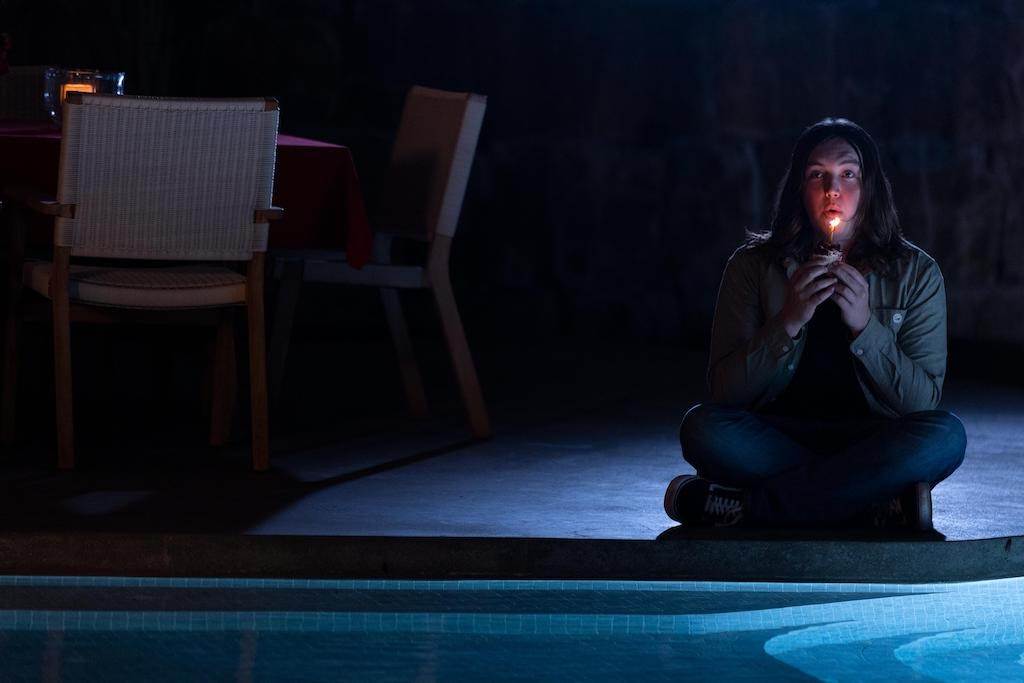 The night ends with a celebration. It’s Zoe’s 21st birthday, and a party is in full swing. She toasts her brother and then tells everyone how they all feel like family. Napoleon regales the crowd with his singing, as Carmel and Lars dance with Tony and Francis dancing together as well.

Masha, the keen observer, is watching Zoe, who is giving all indications that she sees her brother Zach.

By now, Nine Perfect Strangers has me questioning what is real and what is not. The cast is supremely talented, and their characters are compelling to watch as they progress through their treatment.

Nicole Kidman continues to be a force to be reckoned with throughout the show. Her immersion into the character is so deep that I forget I am watching Nicole Kidman. Masha is such a captivating character.

So far indulging in pharmaceutical drugs has helped those who have come to Tranquillum. Will the drugs keep helping, or are we in for some major pain in the episodes to come? The title “Sweet Surrender” is perfect because we see the guests of Tranquillum giving themselves over to the program and having some unique experiences.

How long before this sweet surrender turns sour? We just have to stay tuned to find out.