In just a few weeks the Walt Disney World Resort will be celebrating its 50th anniversary with new magic around every corner and I was lucky enough to experience one of the biggest parts of it, Remy's Ratatouille Adventure in the newly expanded France Pavilion in EPCOT. Before we jump in to help everyone's favorite “little chef” on his new adventure we need to talk about this new area as well as the new La Crêperie de Paris. It is hard to believe this area just a few short years ago didn’t exist, what was once just a backstage area is not the playful area of Remy’s France. A few months ago a few select media guests were giving a “behind the wall” look at this area given by one of the Walt Disney Imagineers who worked on the project.

During that preview we were not allowed any photography or video but we did learn that this area slowly transitions from the “real France” as created for EPCOT in 1982 to the more “fantastic France” as seen in the 2006 Disney Pixar film Ratatouille. Just looking around this area you start to notice so many fun details like the exaggerated drain pipes as well as some of the subtle touches that remind you why you are in this area. 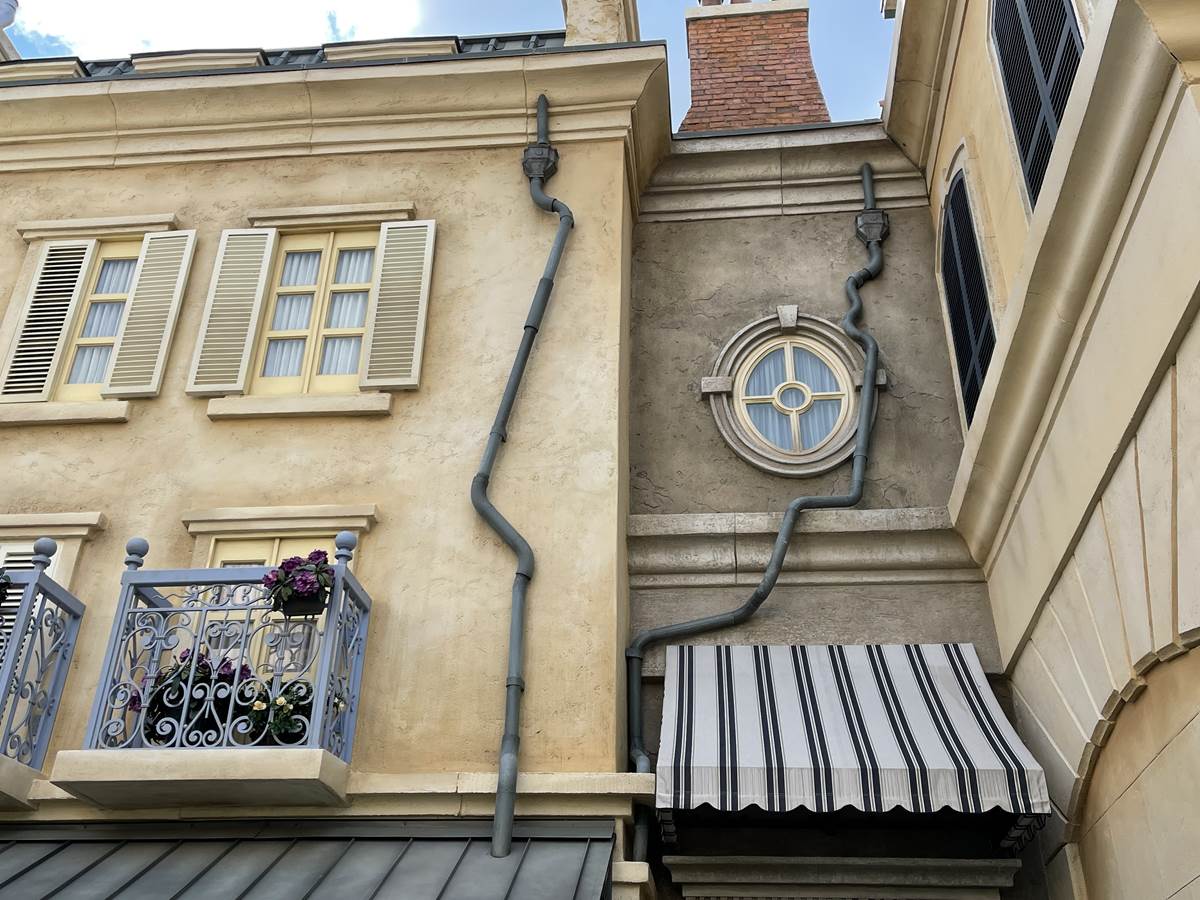 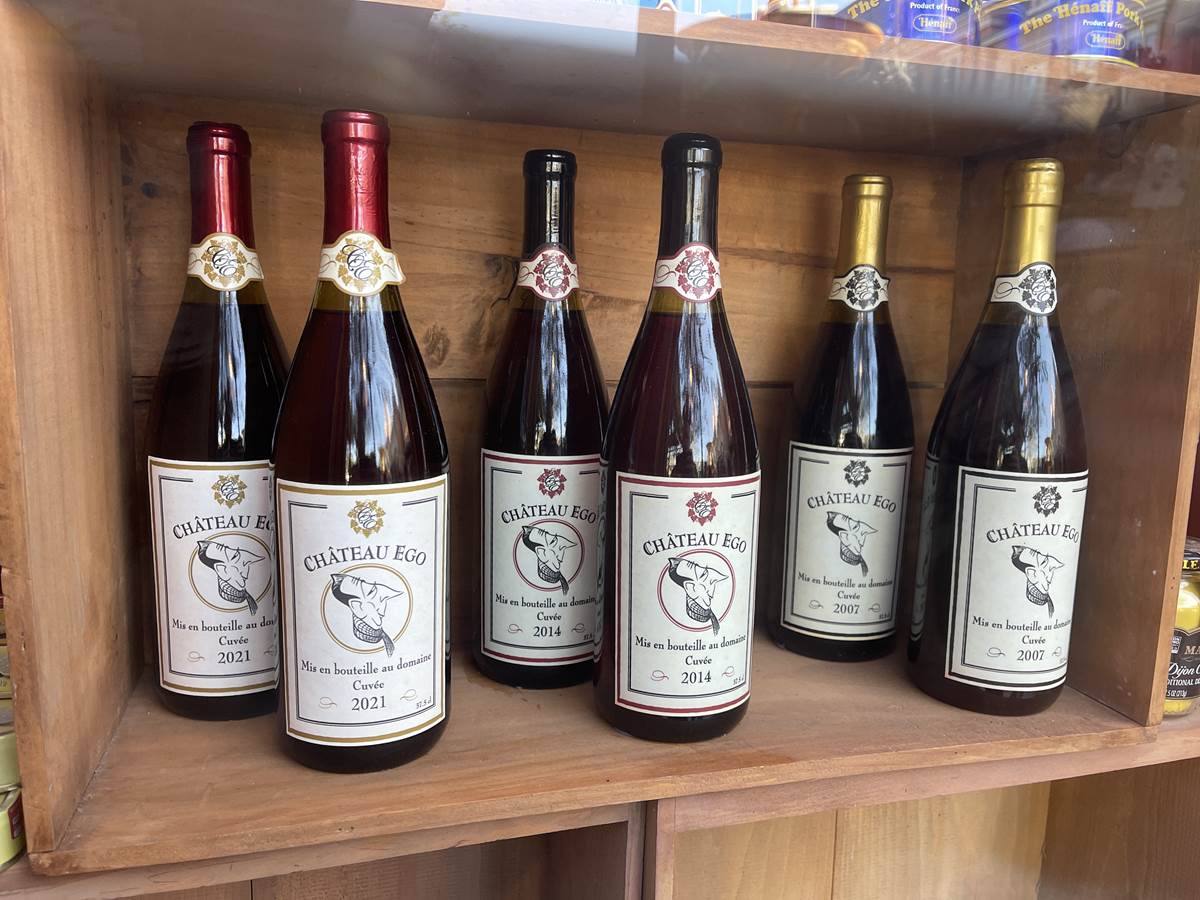 But the biggest stand out is of course the beautiful fountain, with both big and small nods to Remy and his friends one thing is very clear – this will be the photo spot in the World Showcase now. 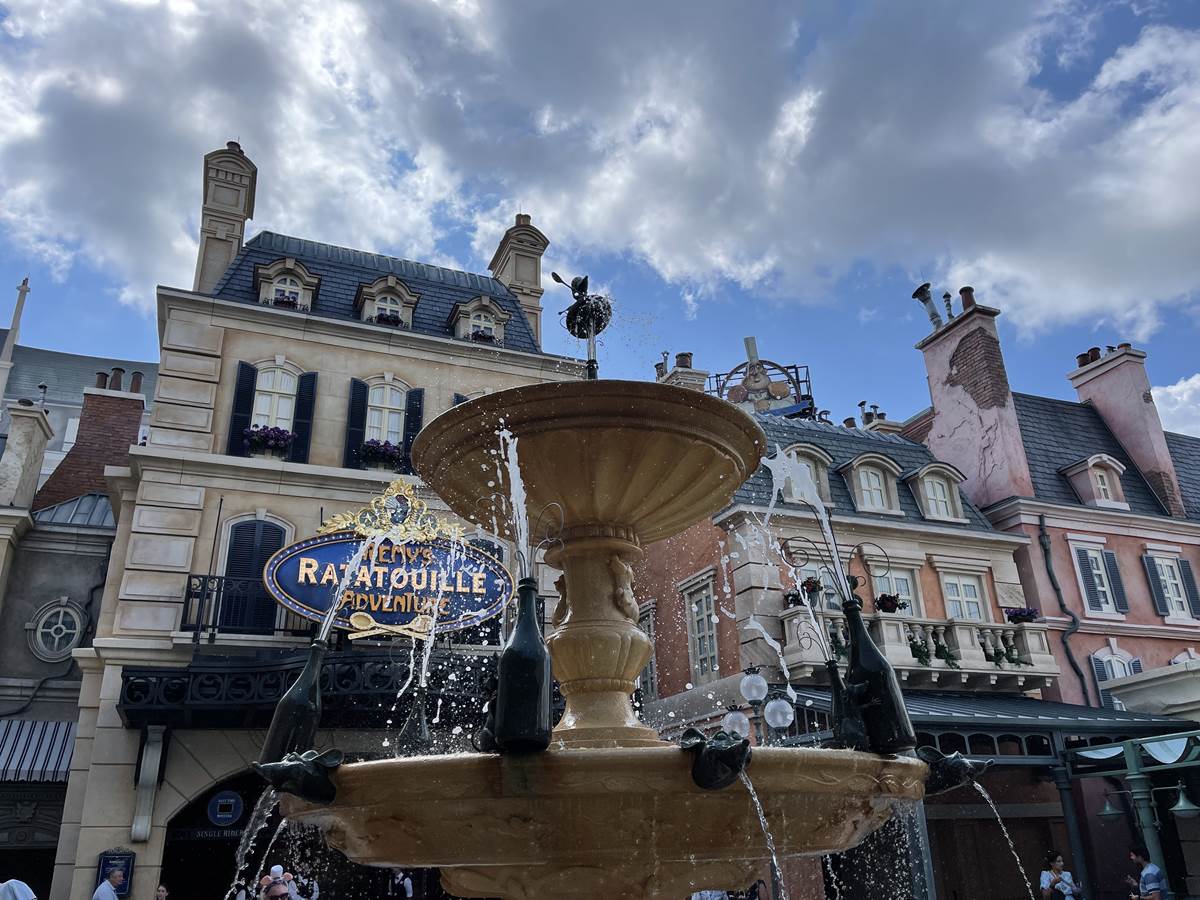 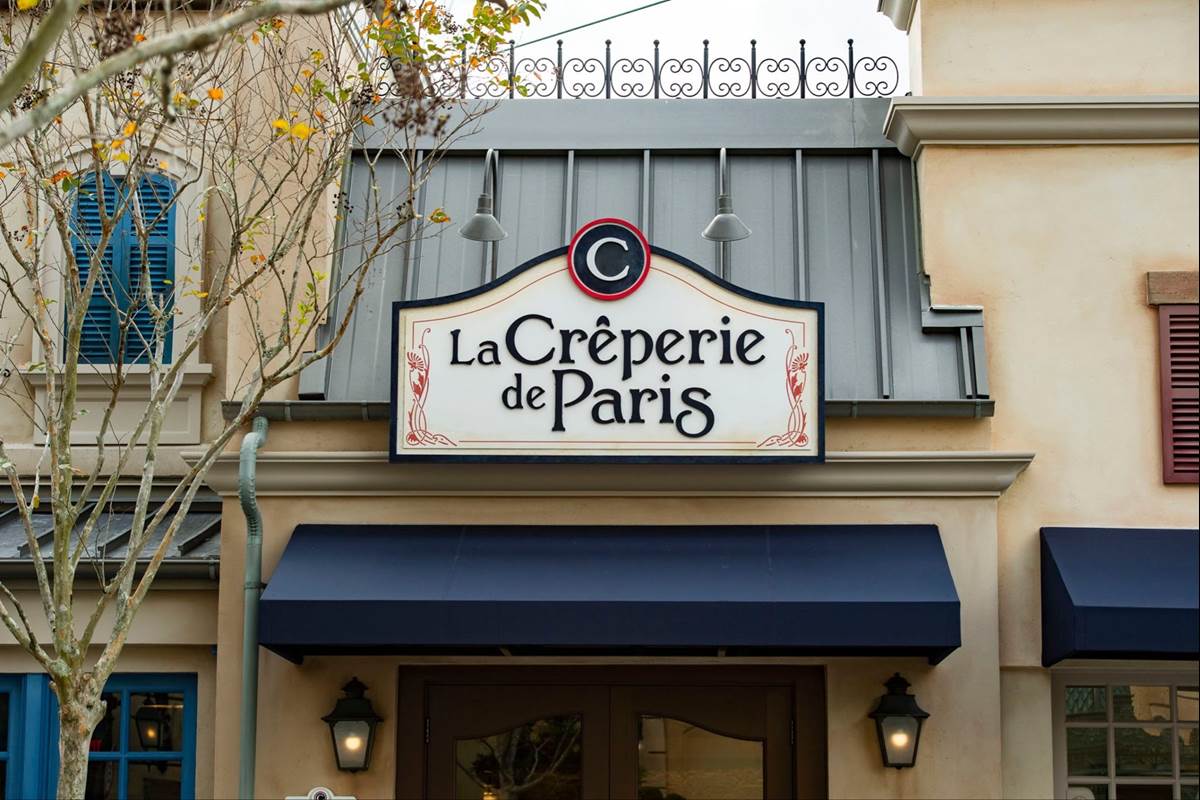 Now as anyone that knows me will tell you, I am not a foodie. That isn’t to say I don’t enjoy food, I am just not one to focus my attention on the food when there is so much more… of course that is very much the opposite of the story of this area, considering it is all built around a story of a rat who can become a chef. So as they say “When in France…” one thing I will never turn down is a good crêpe and La Crêperie de Paris (table service) and Crêpes à Emporter (quick service window) has became my new “go to” location in World Showcase after getting to sample a few items. 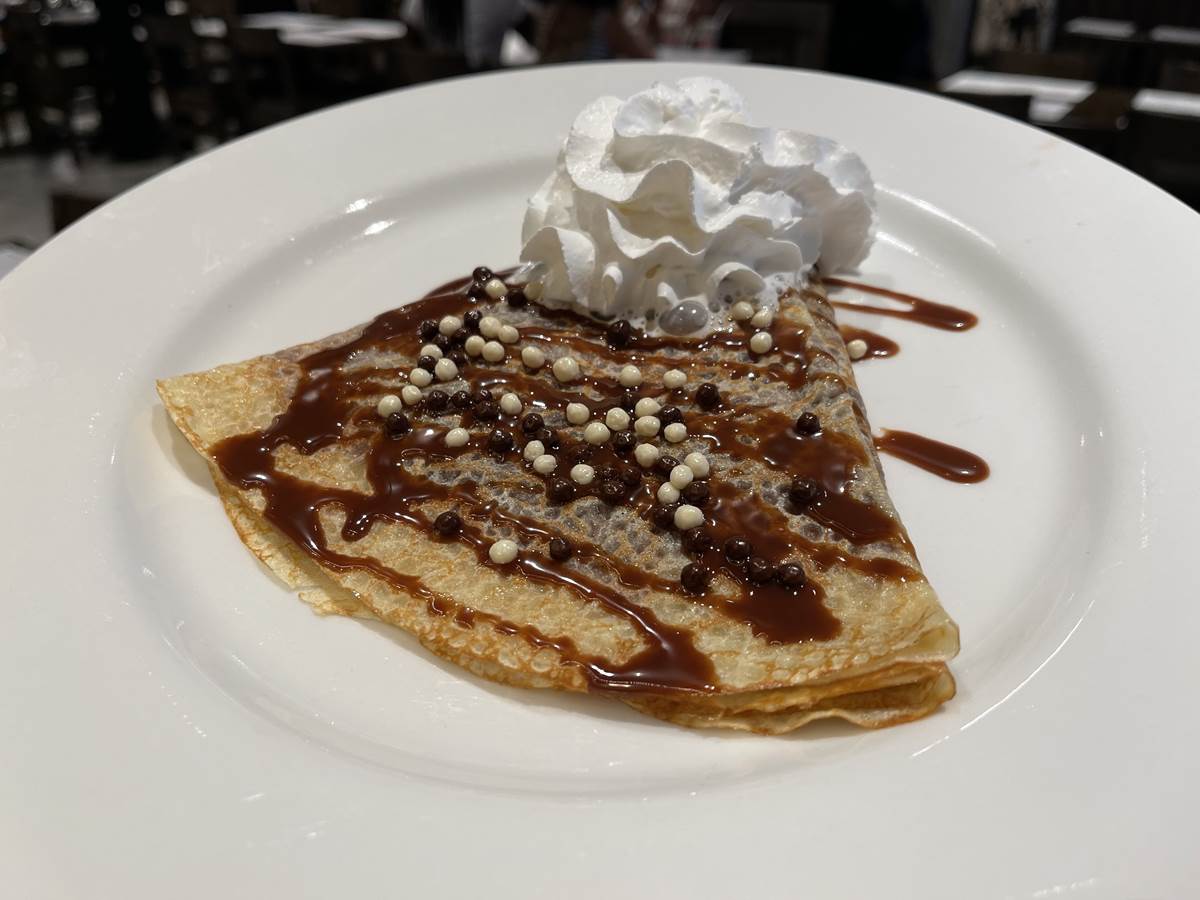 As if the menu alone wasn’t enough to bring me back to this new area, the fact that La Crêperie de Paris is one of the few table service locations in all of Walt Disney World that doesn’t take reservations, meaning walk up only. Of course the beauty of the courtyard and the scrumptious crêpes are just icing on the cake that is Remy’s Ratatouille Adventure. Before we dive into the attraction I want to take a look at the history dating back to the first iteration of this type of ride system, Pooh’s Hunny Hunt that opened in Tokyo Disneyland in 2000. Pooh’s Hunny Hunt uses a trackless ride system that functions on LPS (local positioning system) created by Walt Disney Imagineering enabling the ride vehicles to move around each other as they travel throughout the attraction. Having heard how amazing Pooh’s Hunny Hunt was in Tokyo, when Ratatouille: L'Aventure Totalement Toquée de Rémy was announced to open in 2014 at Walt Disney Studios Park in Paris I was very excited to see this new version based on one of my favorite Disney Pixar films. Now I won’t compare the Walt Disney Studios Park and the EPCOT version because that isn’t possible as they are both the exact same attraction. As a media based attraction it is a direct lift from WDS to here, much like when Soarin’ Over California was brought here and renamed Soarin’ but the same film was kept but the biggest difference is how perfect this attraction fits in the France Pavilion. 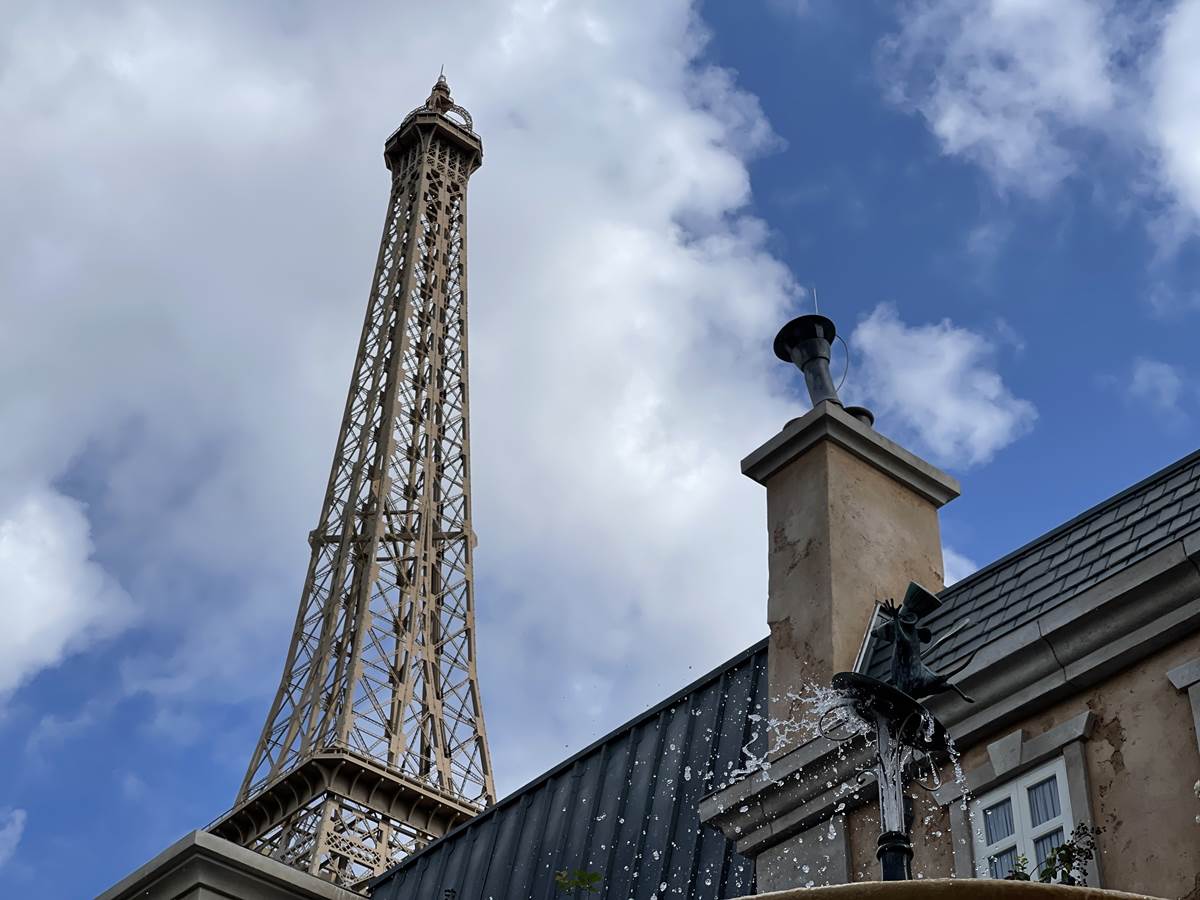 After guests enter the building and travel along the rooftops of Paris, they are shrunk down as they board a “Ratmobile” to join Remy as he scampers from the skylight of Gusteau's restaurant through the kitchen, dining room, and into the walls while trying to avoid Chef Skinner. 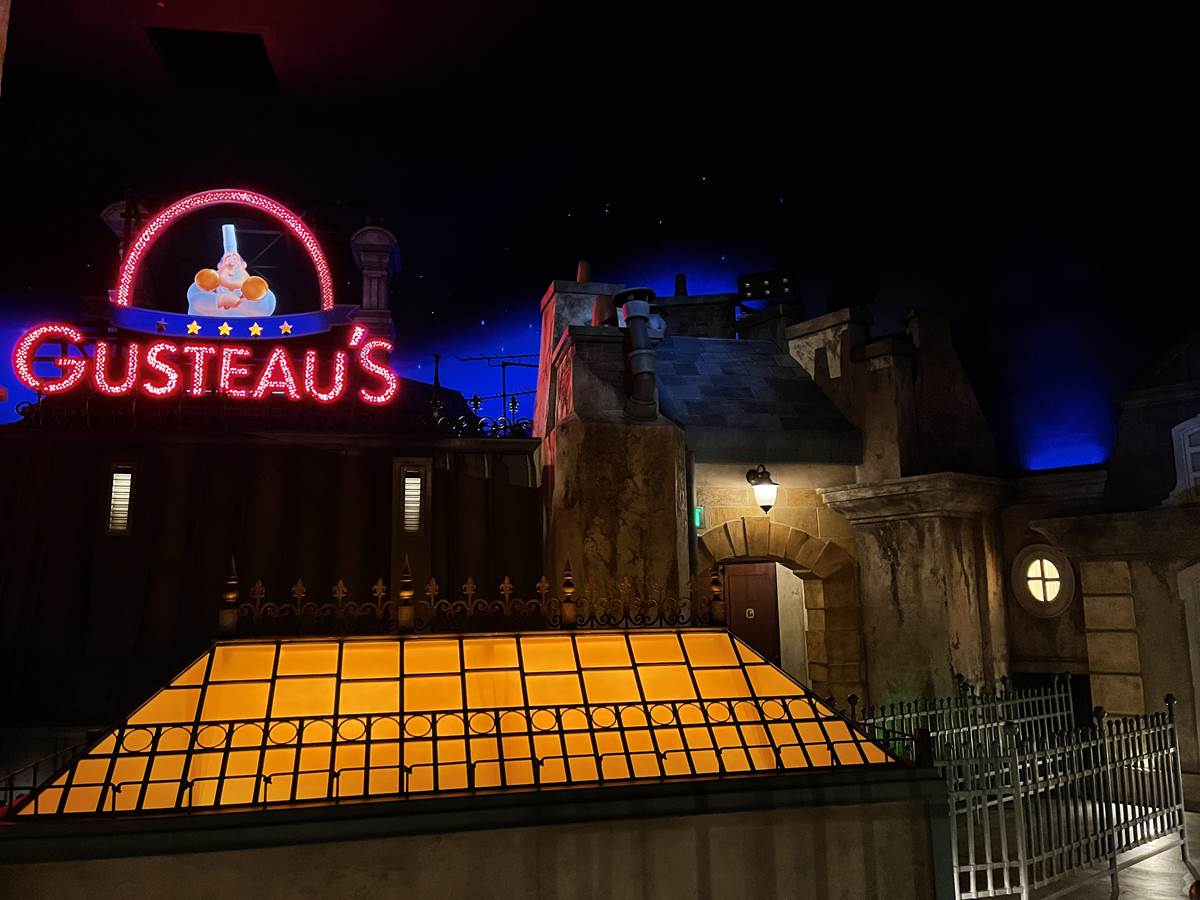 One of the biggest questions I had was the media and if it was going to be changed from the WDS version which is half in French and half in English, thankfully it was kept as is and to me makes it even more perfect in EPCOT where guests are encouraged to interact and learn from the International Cast Members from each of the countries the World Showcase Pavilions represent.  While this attraction is primarily media based, part of the fun is the huge set pieces and props you see as you go into the walk-in refrigerator or the heat as your ratmobile stops under the stove. As I have said this attraction fits perfectly in its new home in EPCOT, plus it is another example of bringing character into the park to appeal more to the families. With no height limit that means this joins the other attractions added to the park in the past few years as a way to truly have a family vacation. Remy’s Ratatouille Adventure is a fun ride and really brings the concept of the Fantasyland dark rides into the 21st Century. 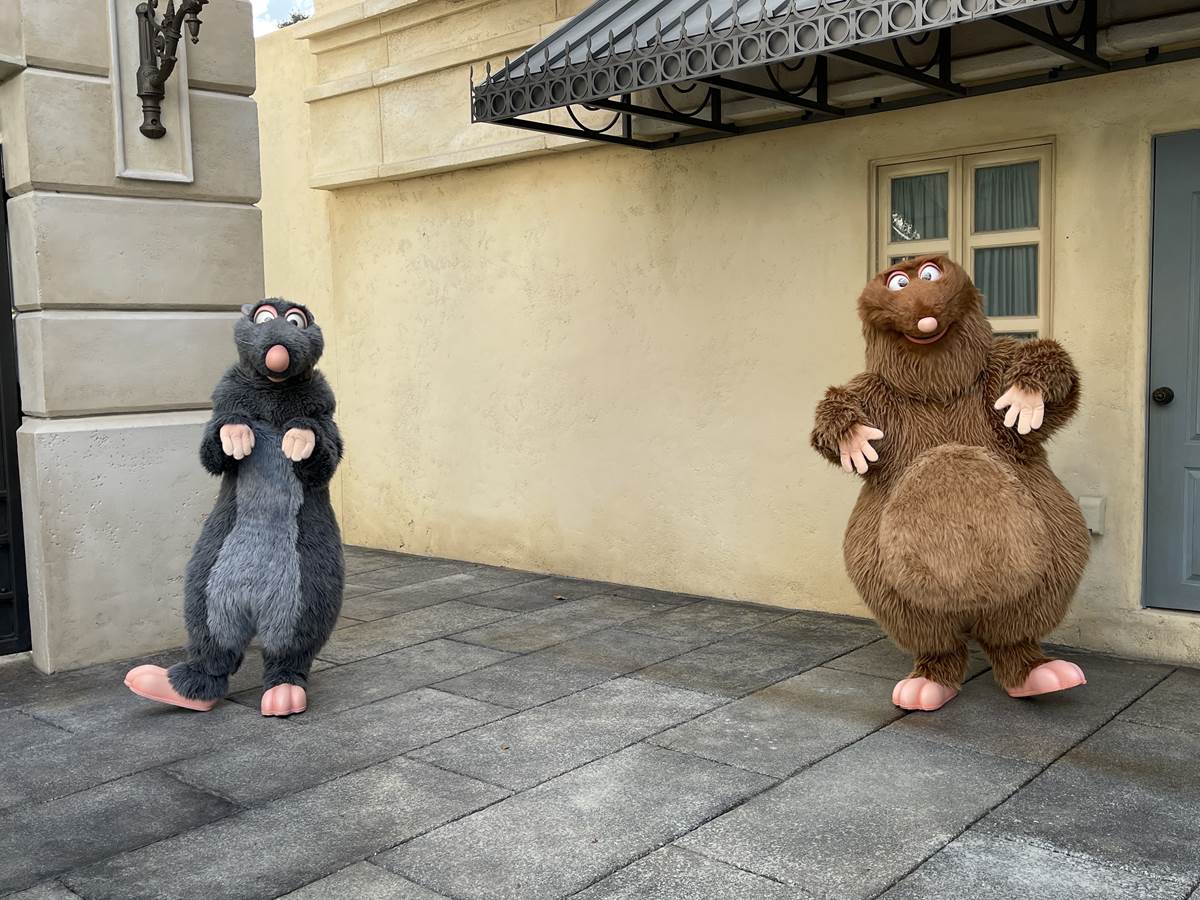 Remember Walt Disney World’s 50th Anniversary starts on October 1 and runs for 18 months so you have plenty of time to check out all the fun.