Not to be that person…but is Aaron the worst? Like, with every good thing he does for the greater good, his ego and over-the-top masculine energy overcompensates. For advocacy work, he’s an asset. As a boyfriend, he’s the worst. This follows suit this week as his need to be the only man in Zoey’s life leads to him physically abusing others and emotionally manipulating Zoey. 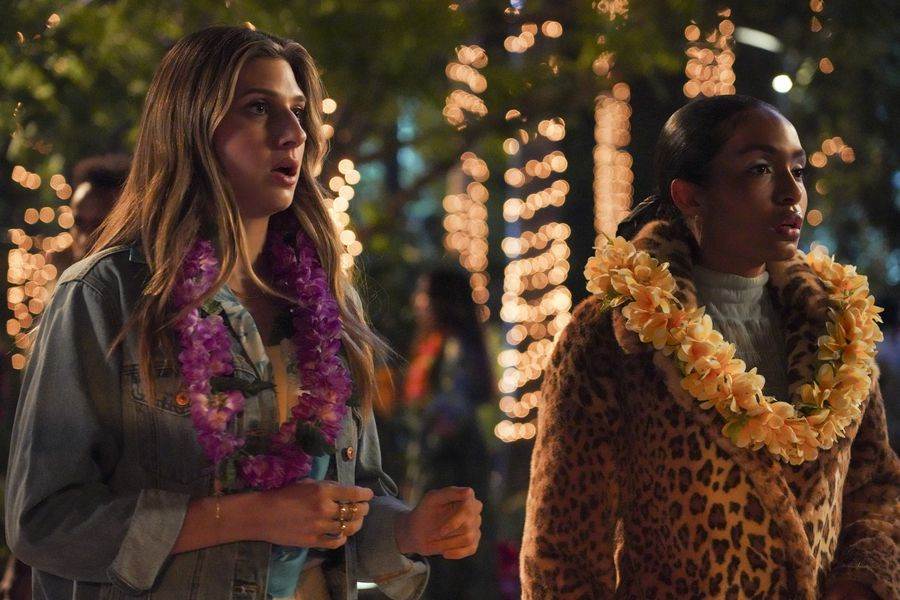 Y’all, it’s senior year. Of course she doesn’t leave her worries behind! She heads to the Luau and connects with Luca. He profusely apologizes for revealing the design’s origins on social media, but he stresses how it was with good intentions. Zoey is, surprisingly, understanding. However, she is just overwhelmed as that internship was an essential part of her graduation.

Luca offers his own business as an internship opportunity, using it for the school credit but giving Zoey a lot more control than expected. Zoey is game, but of course, Aaron is insecure over Luca and the past. He can’t believe she wouldn’t ask him first (Um…it’s her college career? Chill?) and is shocked to see her talking to him at the Luau.

Right before he leaves, he decides to clock Luca square in the face. Cute! We love toxic masculinity! Zoey is thrown for a loop, with Nomi and her quickly exiting the party after Aaron’s stunning choice in anger. After decompressing and arriving back at her place, she finds a bouquet of flowers from him with a note, congratulating her (whilst dripping in sarcasm) for receiving her internship completion certificate. The internship with Esme fulfilled the requirement. Will Zoey & Aaron still be a thing? Will Zoey start working for Luca? What is gonna happen? See you back in the winter to see what these crazy kids do next!