Disney Legend Hayley Mills’ autobiography Forever Young: A Memoir was recently released on September 7th. To celebrate, the iconic actress joined Director of the Walt Disney Archives Rebecca Cline for a Walt Disney Family Museum virtual event called “Forever Young with Hayley Mills.” Presented live on September 12th with a virtual replay on September 18th, fans had the opportunity to hear stories from the book from Hayley herself while submitting questions for the star. 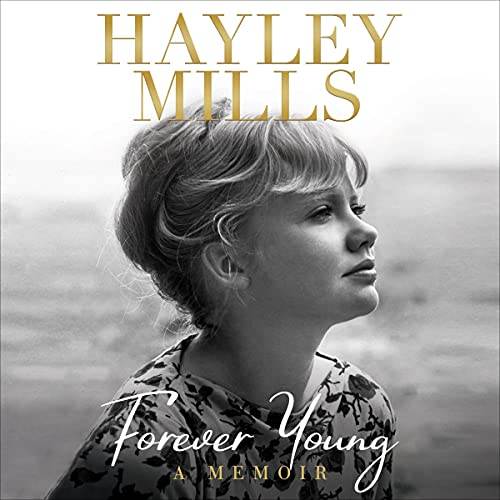 Rebecca Cline’s role as moderator was fitting because it turns out she inadvertently played a role in Hayley Mills’ decision to write her story, something she’d been thinking about for years. The two met at a luncheon in 2015 at The Walt Disney Studios when the Walt Disney Archives restored Walt Disney’s office in 3H of the Animation Building. Hayley Mills was deeply impacted by getting to see folders of correspondence that she and her family members had with Walt Disney and when she returned home to tell her son Crispen about it, he convinced her to write it down. With Crispen Mills’ assistance, who is a screenwriter and musician, Hayley finally felt like she had everything she needed to tell her story. The book also includes some writings from her past in the form of journal entries.

Forever Young opens with a momentous moment in Hayley’s life, the night she was honored with the Juvenile Oscar, a miniature version of the statue for her star-making role as Pollyanna. She was the 12th and final recipient of the award first bestowed upon Shirley Temple and also given to Bobby Driscoll for So Dear to My Heart. However, as readers learn in the book, she wasn’t at the ceremony. Instead, she was away at boarding school because her parents were not only working, but her father, John Mills, felt like it was too much for his 14-year-old daughter and the trip to California from the United Kingdom was not a quick one back then.

Born into a family of actors, Hayley revealed that she felt isolated by her fame. “I used to think that it was all a mistake, that this wonderful luck should’ve happened to me,” she shared. While her father, mother and sister all had their own brushes with fame, Hayley Mills has continued to remain a household name, in large part due to the work she did with Disney as a teenager. “I think writing the book has helped me, very late in the day, take ownership of it. I feel proud and very fortunate and grateful.”

From reminiscing about her first on-screen role in Tiger Bay to her first meeting with Walt Disney, the hour-long conversation was full of stories that longtime Hayley Mills fans are likely familiar with, which also appear in the book. One of many highlights was Hayley’s most special memory of Walt Disney, attending a dinner at his home with her parents and brother. She shared that while the family watched one of the True-Life Adventures films, Walt kept refilling ice cream floats for Hayley and her brother. Another memory that stuck with her was a time when she asked Walt Disney what the consistent message was in all of his films. His answer:  “I want to show people the best in themselves.”

Click here to purchase tickets for the virtual replay of “Forever Young with Hayley Mills.”