During the 2021 NFL Football season, ESPN is offering a new weekly podcast hosted by Rex Ryan and Bart Scott. The duo presents a high-energy, impassioned, and stat-filled examination of the NFL weekend in “Organized Chaos” recorded shortly after the weekend slate of games concludes. 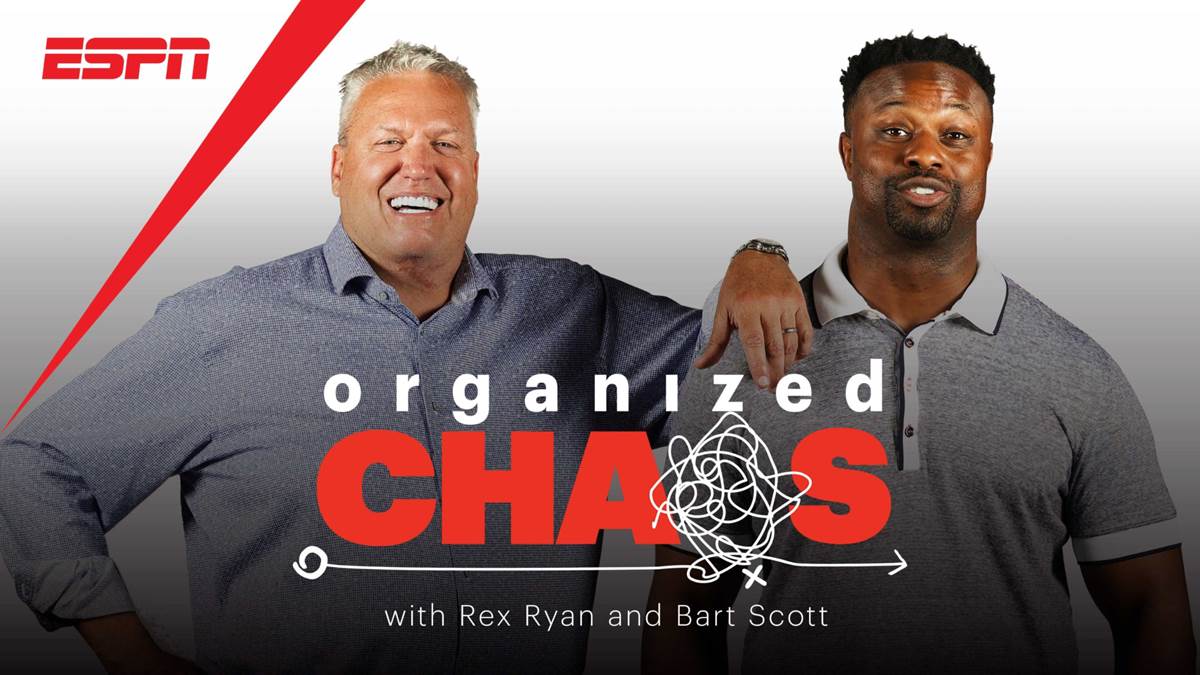 Rex Ryan comes with the coach’s eye and with the fan’s passion — even throwing around a few of his fantasy football choices and disappointments — while Bart Scott brings the player perspective taking you inside the execution of those well-practiced plays. The podcast title “Organized Chaos” is an homage to the defense style established by Coach Ryan and executed by linebacker Scott during their years together on the field. Their camaraderie shines through this pairing and Scott’s recent year on ESPN radio midday in New York has honed his skills as a sports broadcaster. He does a great job of focusing Coach Ryan on specific team dynamics and player performances while not getting in the way of tangential thoughts or analysis that pop up.

The first episode really came to life when they were discussing the incredible performance of Cardinals linebacker Chandler Jones, with a bit of a dive into his highly athletic family tree, before shifting for a look at the strength of the NFC West division. Then they moved on to a discussion of the disappointing return of Saquan Barkley which hit Rex personally as a first-round pick in his fantasy draft.

Their competitive spirit would shine through in small jabs at the previously perennial champion New England Patriots. And it really came through in a discussion of player toughness in light of an injury to New York Jet Mekhi Bekton. Bart Scott joked it is the kind of injury he would’ve rubbed some Robitussin on it to get back in the game with Ryan reinforcing the idea while referencing his former player D’Brickashaw Ferguson whoe “missed one play in almost a 10-year career.”

And if you’re looking for a bit more information to help your next week’s picks, they wrapped up the show with a quick look at Week 2 matchups.

“Organized Chaos” is available to download on podcast apps and on ESPN.com.