The Marvel universe is loaded with iconic characters and it doesn’t get much more iconic than the Fantastic Four. Marvel’s first daily is celebrating their 60th anniversary this year and doing so with a massive 83-page issue that pays tribute to the team’s history.

“Fantastic Four #35” sees one of the family’s greatest villains, Kang the Conqueror, team up with… well, himself, to try and finally take them down. It’s a wild time-traveling romp, accompanied by a couple of great bonus stories that honor the long history of the team. 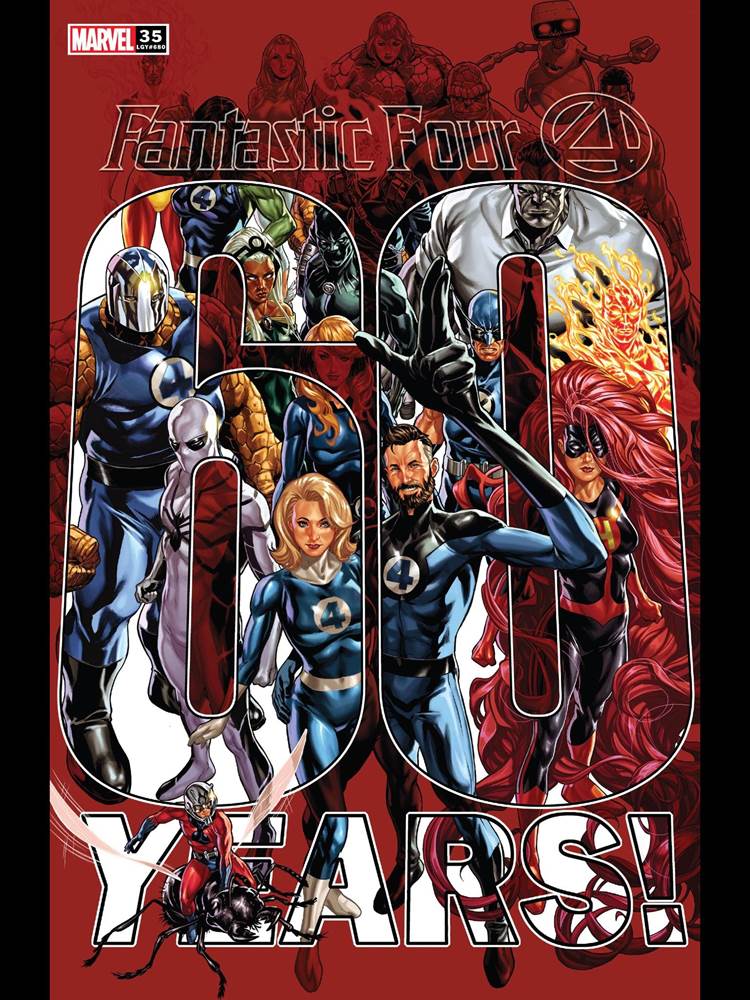 The Fantastic Four are just getting home from their most recent incident in Latveria and need to immediately get to work on finding a solution on Johnny Storm’s hot new problem. Of course, even while dealign with one problem, the next one is never too far away. Enter: Kang the Conqueror.

Or, more accurately, enter: Kangs the Conquerors. Variant versions of the time-traveling villain have been assembled with the task of collecting the ultimate prize. To do so, they each need to collect one piece of it be defeating the Fantastic Four at different points in time.

With each version of Kang traveling to very different time periods and handling the team in their own unique ways, the Fantastic Four has a lot to deal with. Reed Richards always has a trick or two up his sleeve, but is that enough when dealing with a group of time-traveling egomaniacs? There are dozens of Fantastic Four comics that fans are going to want to pick up and read again and again. Solely because of the size of this issue, this is likely not one of them. 83 pages makes for a long read, but it also makes for a great collector’s item for FF fans, or for fans of Kang the Conqueror.

It’s also a very entertaining story. It may not be one you want to read multiple times, but it should definitely be read at least once. The seriousness of the grave situation for some of our favorite characters is balanced nicely with the humor of the ridiculous villains and their baffling time travel. The banter between the Kang variants is very entertaining. And of course, you also get all the best parts of the Fantastic Four as well. 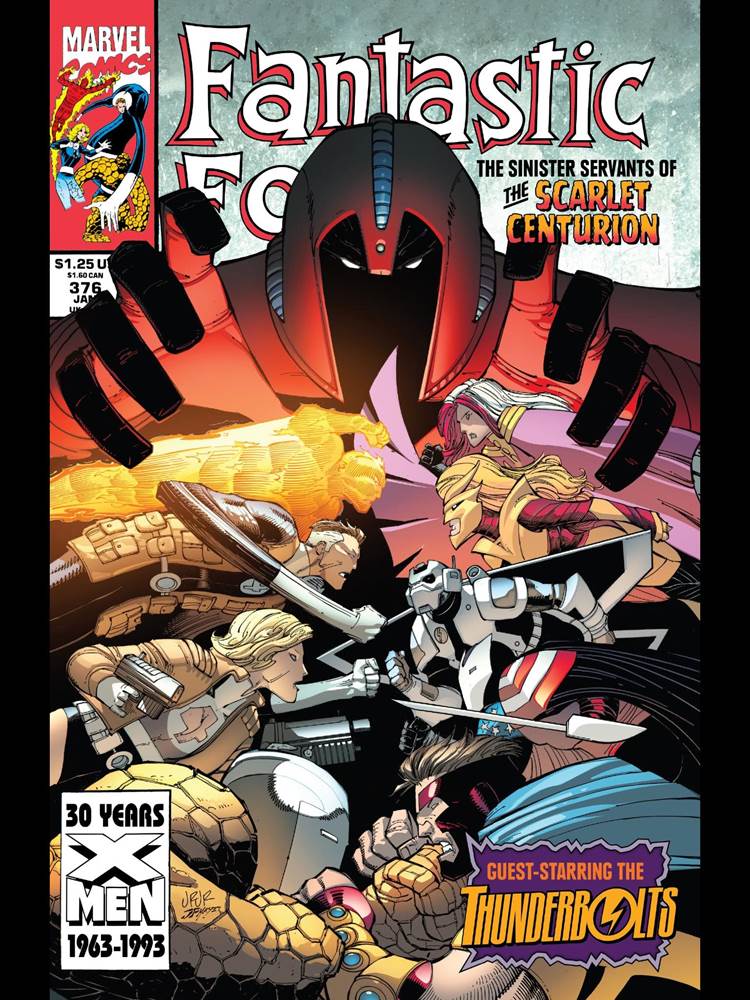 Again, the primary goal of this new issue is to celebrate the 60th anniversary of the Fantastic Four. And what better way to do that then looking back at some of the most memorable moments in the team’s history. So, on top of a very entertaining new story, we also get blasts of nostalgia with retro art, familiar character moments and all Clobberin’ Time you could want.

Plus, there’s more than just the main story in this issue. We also get two bonus stories that look back at some of the key moments in the team’s history, including the origin of their fantastic powers. Getting a look back at that fateful moment, with new, modern art, makes this issue even more of a must-have for Fantastic Four fans. You can check out “Fantastic Four #35” now. For more on this week’s comics, check out today’s episode of Marvel Time: