In the third episode, simply titled “Nick Saban,” Eli catches up with the greatest coach in College Football history and discusses his process. The coach also shares some funny stories and gets Eli into the water to try his luck at tubing. 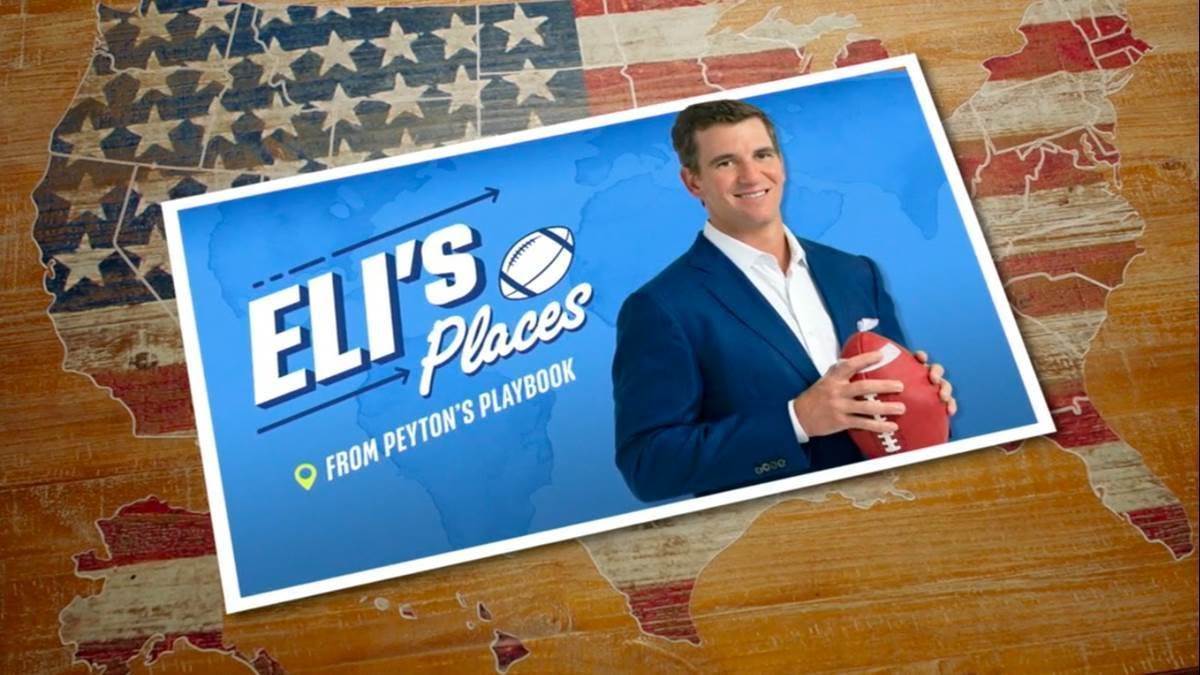 The episode opens with Eli meeting Saban at his home on Lake Tuscaloosa. He asks the legendary coach about the coaches that inspired him. Saban’s answer was his college coach, Don James, and legendary NFL coach Bill Belichick, whom Saban worked for in Cleveland.

They then take a look at Saban’s playing career at Kent State. One of Saban’s teammates was NFL legend Jack Lambert. Saban tells a story about how the Rolling Stones hired another one of his teammates as a body guard after an incident while they were attending a concert. Because of that player leaving the team, Lambert was moved to starting Middle Linebacker and went on to become one of the best aver at the position.

Saban’s next story involves his Aunt Katie, who alost impacted one of the games between Saban’s LSU team and Eli’s Ole Miss team in 2001. Saban says his aunt sent him advice for the game, telling him to go with a no huddle offense to throw off the Ole Miss pass rush. He didn’t take the advice and LSU took nine sacks, threw three interceptions and lost the game. 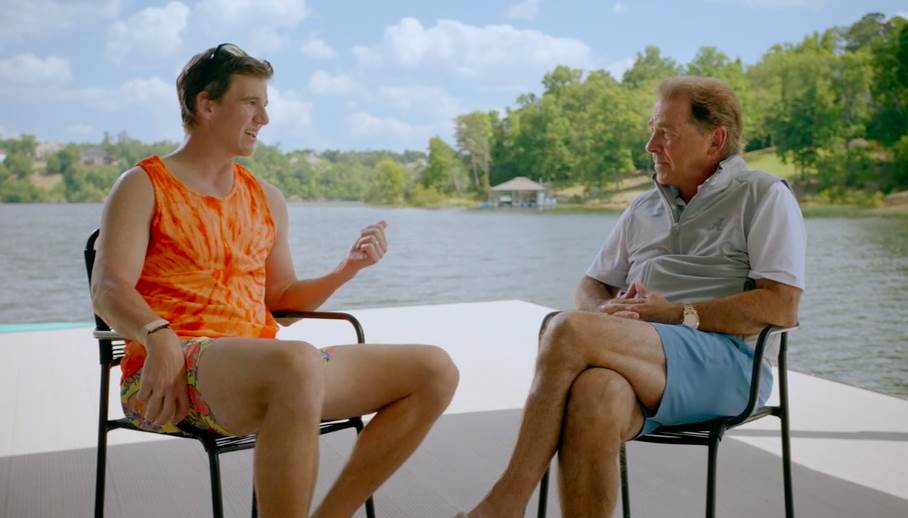 Eli and Saban then get out on the lake and the coach talks about how he always brings new players out on his boat every year. He makes them get out on a tube and he trues to dump them into the water while driving the boat. Eli challenges Saban, betting that he can’t get him off the tube.

Before he gets in the water, Eli rewinds a bit to get back to the dock where he asks Saban about his process. The coach simplifies everything to individual goals for each player and helping them to achieve those goals. He stresses the importance of getting each player to look at each game on a play-by-play basis and not to look at the scoreboard. Eli points out that this process has led to six championships for Saban.

Eli asks when Saban first saw the process starting to work. Saban points to a game when he was the coach of Michigan State and they were taking on the heavily favored Ohio State Buckeyes. With his team down big early and never really given a chance to win in the first place, Saban says his player bought into the process and chipped away at the big lead until they eventually won.

We get back to the water and Eli finally gets on the tube. Saban promises not to take it easy on him and, though he holds on for a little bit, Eli ends up in the water. Eli accuses the coach of still being bitter from their 2001 game.

This is a shorter episode of Eli’s Places as it is limited to just one location and one guest. That doesn’t mean it’s lacking in any way though. Saban is one of the biggest names in the history of football and getting both genuine insight into his coaching style as well as humorous stories from him is always going to be worth a watch. Plus, we get to see Eli tossed around the lake, which is also fun.