Expectation vs. reality memes are relatable for a reason and director Louis Gonzales taps into that feeling in Nona, a Pixar SparkShorts film. A Story Artist on multiple Pixar films since Monsters, Inc., the short finds humor and warmth through a grandma’s day off, which gets sidelined against her will. The short premieres Friday, September 17th as a Disney+ Original. 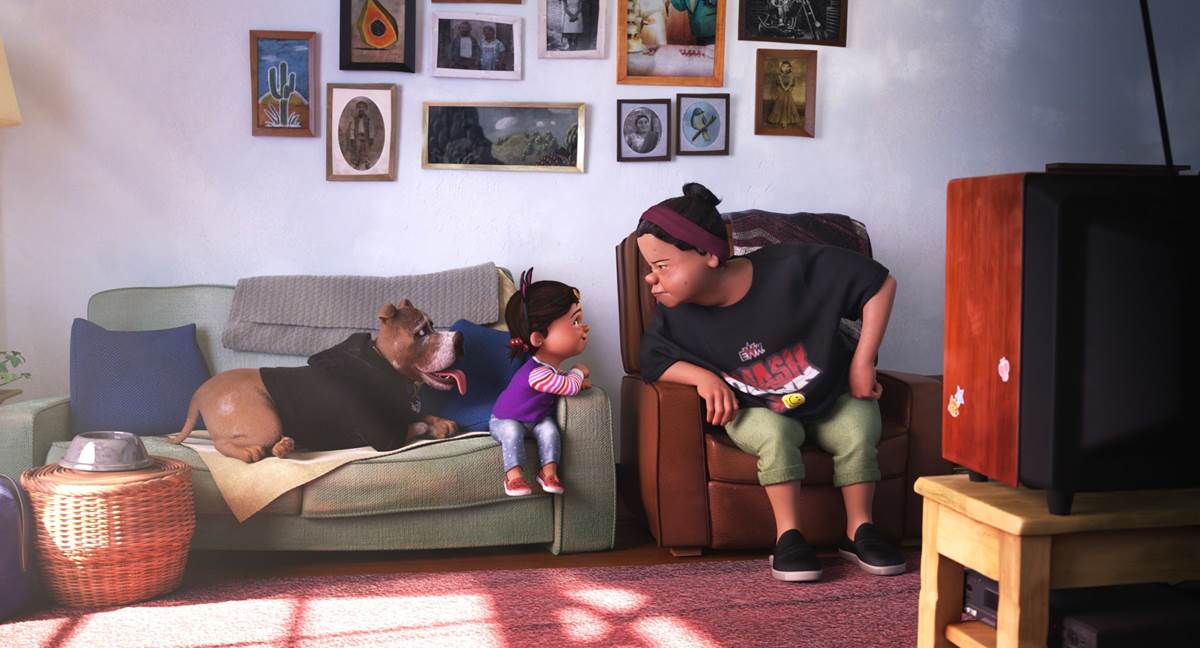 Apartment Manager Nona is excited for the “E.W.W. Shash Down XVII” and does everything within her power to shut out distractions during the event, which makes her feel connected to her deceased husband. But when a knock at the door turns out to be her young granddaughter, she tries desperately to find a compromise that lets her salvage her plans. But as anyone whose ever been responsible for entertaining a child should know, Nona’s granddaughter requires lots of attention.

Outside of the TV event’s announcers, Nona is told with a universal gibberish language that is reminiscent of “Simlish.” There’s a lot of pantomimed action and expressive animation that brings the story to life, making a simple premise feel very energetic. Louis Gonzales also takes viewers inside Nona’s head a few times to experience the world through her mind.

Many of the SparkShorts projects settle for a stylistic approach and if I had to describe the style of Nona, I’d say it’s Pixar ala the early 2000s. Textures and grooming aren’t as intricate as you find in the more recent films and the characters at times feel like they’re from 20-years-ago, but the SparkShorts program often feels aimed at a different audience than Pixar features, giving Nona a bit of instant nostalgia.

Nona offers a charming look into the life of a woman whose plans for the day were upended. There’s a sweet message to be found about living in the moment and making new memories while celebrating family traditions. And if you happen to be a fan of televised fights, the short will win some bonus points for some highly creative wrestling names.

I give Nona 4 out of 5 stickers on any applicable surface.