Brad Neely’s Homecoming: Returning to Streaming with “The Harper House” on Paramount+

“It's a big, animated show, a family show about a group of weirdos who used to live on the richer side of town, and due to circumstances, they've had to move to the more neglected side of a small town in Arkansas,” series creator, executive producer, showrunner, and writer Brad Neely said about The Harper House. The new animated series debuted today on Paramount + with three episodes and will release additional episodes on Thursdays starting October 7th. The creative team recently joined the voice cast at the TCA Summer Press Tour to answer questions about the new adult animated series. 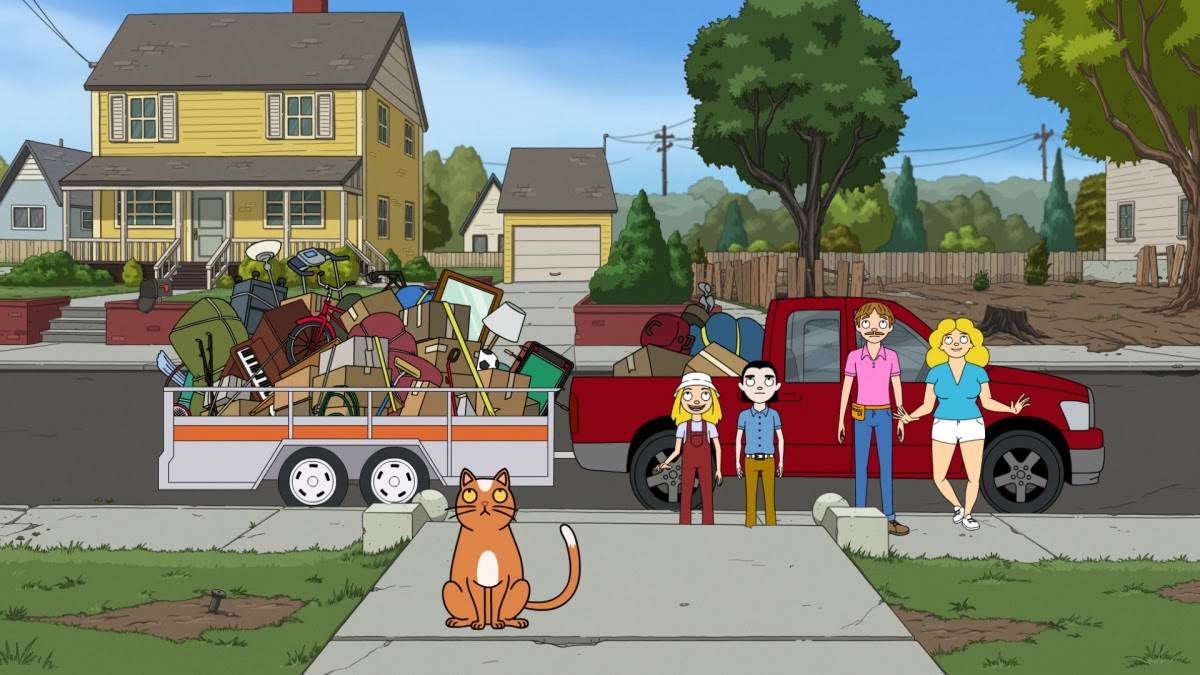 “We have been trying to make this show like an animated Roseanne,” executive producer Katie Krentz revealed about one of the sources of inspiration. “She's the Homer Simpson getting drunk. Women these days, we've got a lot of stuff going on and we don't really get to see that from that point of view… We had a wonderful writers’ room that was very diverse and brought all of their POVs to this show.” Another source of inspiration, according to Brad Neely, was King of the Hill.

Planned before the pandemic, the writing team got to spend a few months together before social distancing. Like most animation these days, the show is made from homes, with even the casting process being handled removely. “In a way, it was a little freeing, being able to track down people and have them do it in their homes,” Brad shared, before going into the details of trying to troubleshoot recording solutions via videoconference. “They had to figure out their own engineering. Then finally we started getting into a zone where people could go to studios, but it's been a challenge. It always is, in a different way, but this was particularly crazy.”

“I read the scripts and was dying laughing out loud,” explained Rhea Seehorn, who plays the lead character Debbie Harper. She had a lot of ideas for the character, none of which fit into your typical likeable woman on TV and she was concerned that the producers wouldn’t like her take, but  they did. Rhea and Brad also bonded over their regional upbringing in Virginia and Arkansas respectively. “We clearly have some similar relatives and neighbors in our past. The more I got to talk to Brad, the more I got to read more and more of the script, I just fell in love with her more every time we got to record. I loved her, still love her.”

Ryan Flynn plays Debbie and Freddie’s son Todd and was already part of Brad Neely’s stable of voice actors from the webseries China, IL. “It was actually a lot of fun,” Ryan shared about the in-home recording process. “I got to take a little travel booth with me, and they would come online and they'd direct me, and I had my head in this little pizza box sort of voiceover booth. And I got to improv, I had a blast. It was exciting all around for me.”

“It's kind of weird going back to the internet, actually, because this isn't for cable or traditional TV,” Brad Neely shared, having worked on animated shows for Comedy Central and Adult Swim before returning to streaming with The Harper House. “It's kind of like a homecoming going back to streamers and talking about numbers in a different way.” But one thing that’s different is that his past web content was short-form, wheras this series is the typical 21-minute-length of a sitcom. “That's just kind of fun, you get to try on different clothes. So now we're doing the big clothes on the internet, it's come full circle.”

The first three episodes of The Harper House are now streaming on Paramount+, with new episodes debuting on Thursdays beginning October 7th.