The highly anticipated sequel to Ronald L. Smith’s Black Panther: The Young Prince is almost here. T’Challa and his friends return in this new book and another adventure awaits them. This time around, things get a little spooky as they deal with some supernatural occurrences and a dangerous new villain who manages to give T’Challa, and likely the readers, the creeps. 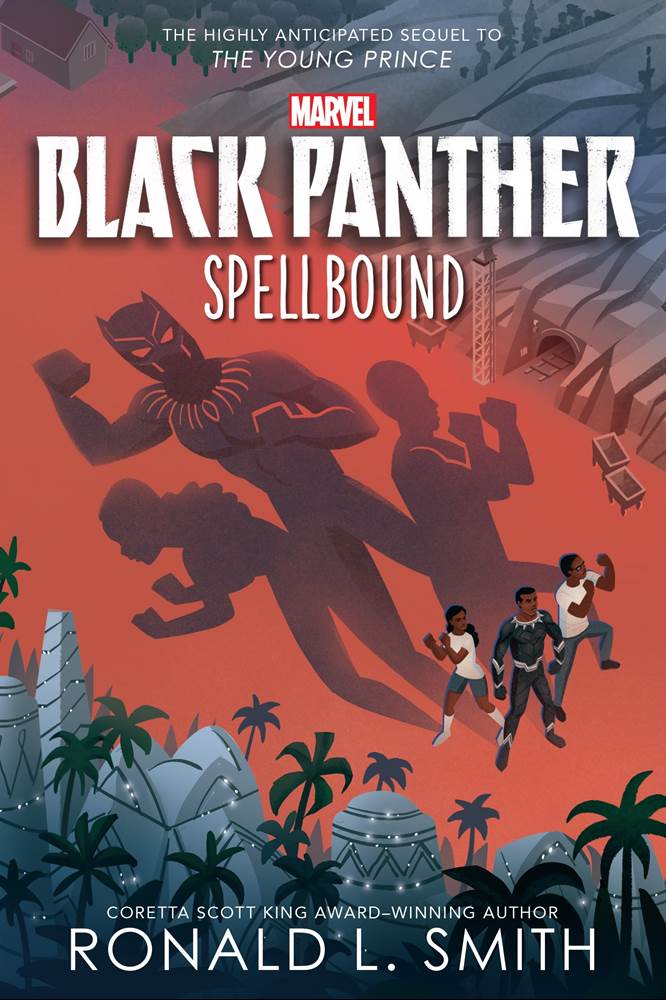 Before getting into the story itself, it should be noted that this is a YA novel and, unlike Gamora and Nebula: Sisters in Arms, it reads like one. This book focuses on a young man who is dealing with the struggle of coming into his own and not simply living in the shadow of his royal father. Whereas Gamora and Nebula dealt with characters of other worlds and such big problems they felt like they could carry their own MCU film, Black Panther: The Young Prince follows a boy with problems that are much more relatable to any young readers who might pick it up.

All this is not to say that it is not an enjoyable book for Marvel fans of any age. Whether you’re 16 or, well, 31, this is a brand new Marvel story with interesting characters that will keep you on the edge of your seat and turning the pages until you’ve reached the end. It just might resonate a bit more with those teenaged readers.

As for those characters, of course T’Challa is interesting enough to carry a story on his own, but he is once again joined by his American friends, Sheila and Zeke. With the three of them enjoying a vacation in Alabama, they encounter a mysterious new villain, who seems to just be a strange man but is much more than meets the eye. Marvel fans will be delighted to learn of the involvement of several familiar characters throughout this book.

Black Panther: Spellbound may not exactly be set within the Marvel Cinematic Universe, but it could fit. With this serving as a prequel of sorts to T’Challa’s days as the Black Panther and King of Wakanda, it could explain some of what he has been through before he ever earned his claws, so to speak. If you were to roll with the idea of this being set in the MCU, it would certainly provide some interesting context for things we have seen pop up much later in that universe. At its core, this is a story about a boy from Africa taking a vacation to be with his friends in America. With that in mind, it starts out a little slow. The first few chapters, while dropping hints about the story to come, are mostly about T’Challa trying different fried foods he’s never had in Wakanda. It’s charming, but it’s not what you expect from a Black Panther story. Eventually though, the story turns things up and never looks back.

This is the perfect book for this time of year as well, given the objective creepiness of the villain and some of the other elements of the story. I won’t share too many details so as not to spoil it, but there is an eerie vibe throughout most of this book and even a few pages that would create very memorable horror scenes. If you’re someone who is looking to get into the Halloween spirit right about now, you’re going to want to read this book.

Overall, Black Panther: Spellbound is a lot of fun for Marvel fans of all ages. The book is loaded with interesting characters, both old and new, and allows fans to reconnect with this version of T’Challa before he becomes the Black Panter. It also tells a creepy new story that is perfect for this time of year, making it an interesting read for those who want just a hint of horror. Whether you’re a young fan who wants to read more about this character, or someone who has been reading comics for a long time, Black Panther: Spellbound is a very enjoyable read.

Black Panther: Spellbound will hit stores on September 28 but is available now for pre-order.