One week ago today, the second season of FOX’s hit reality competition series LEGO Masters came to an end, with the team of brothers Mark and Steven claiming the top prize of $100,000 and (naturally) the title of “LEGO Masters.” Now, for the final installment of Laughing Place’s series of interviews with the show’s season 2 teams, I had the opportunity to speak with Mark and Steven about their overall experience on LEGO Masters. 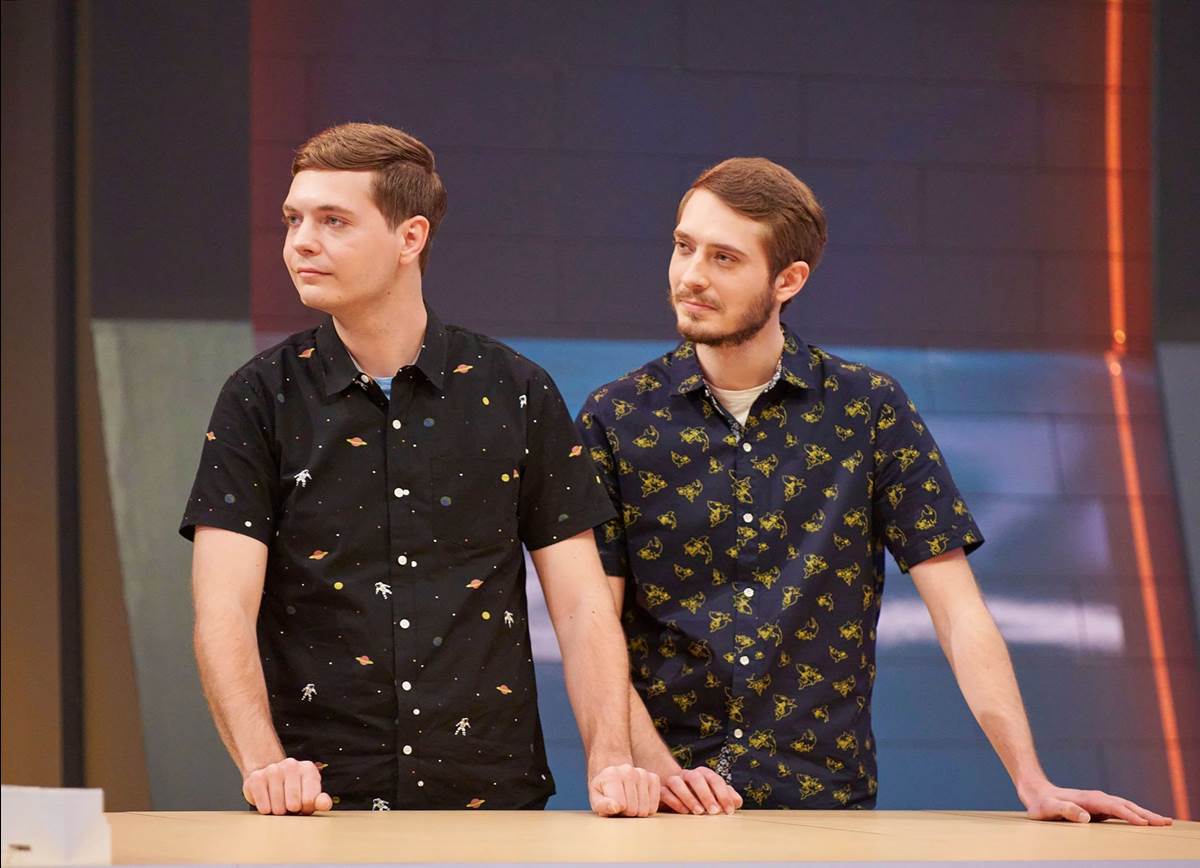 Mike Celestino, Laughing Place:  My first question has got to be: you've been crowned the winners of Season 2 of LEGO Masters. What are you going to do next?

Steven:  Holy cow. What are we going to do next?

Mark:  I've got a great idea. We're just going to go back and hit the bricks and keep on keeping on.

Steven:  Yeah. Get your brick on.

Mark:  We’re not going to change and we’re going to keep on having fun and chugging along.

Steven:  More specifically, we have conventions we want to do. We've done meet and greets. We hope to go to LEGOLAND Florida, and maybe pay a visit to our finale build that's apparently going to be on display down there. It should be really fun. It's not that far [from where we live], so we're going to make a trip out of that.

LP:  I was actually going to ask you about that. Have you been to LEGOLAND before? And if so, what are your thoughts on the theme park?

Steven:  Actually, we've not been to LEGOLAND. Whenever we take vacations, we usually go somewhere up north to the mountains just for fun, which is what's part of the inspiration behind our final build, actually. But yeah, our first trip to LEGOLAND would be to see our creation there. I think that would be pretty epic. Just saying. [laughs] 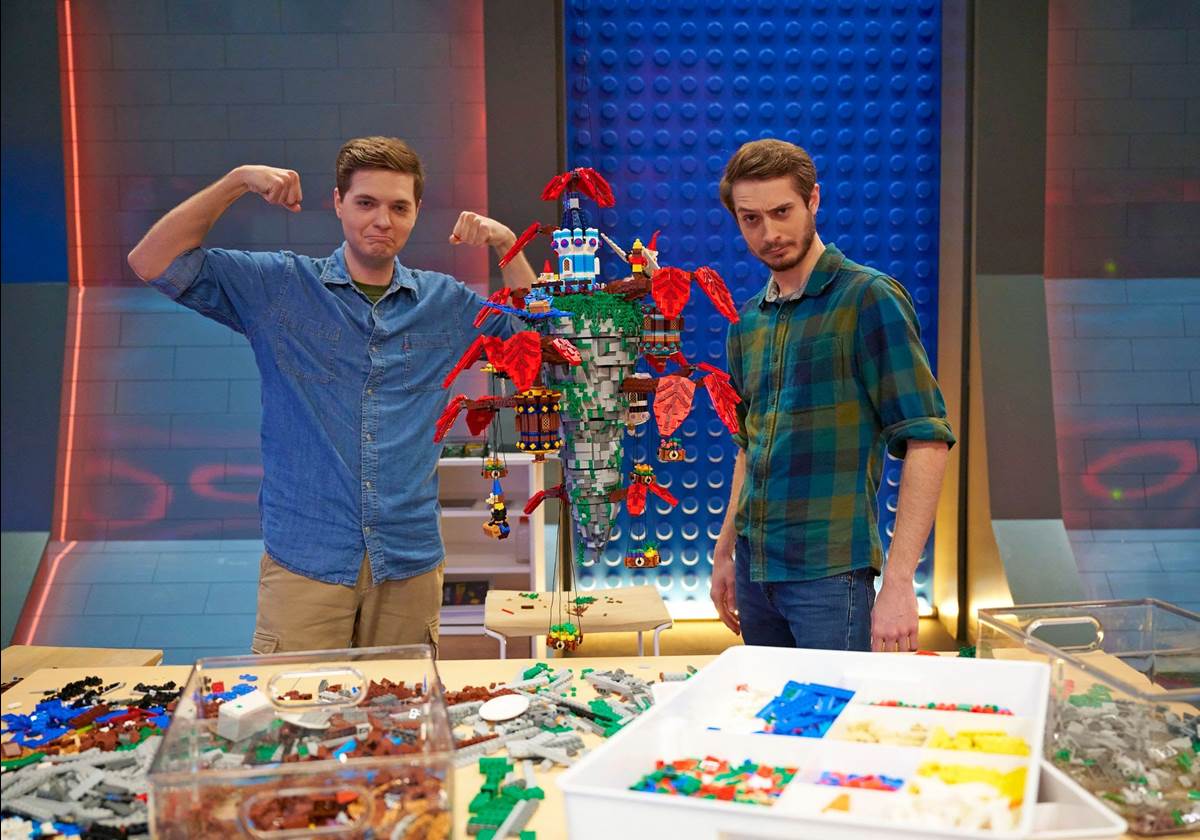 LP:  Let me rewind time a little bit and ask you about your history with LEGO prior to being on LEGO Masters.

Mark:  Steven and I started building and playing with LEGO at [ages] six and five. Some of our friends got us into it [and] we were hooked ever since. A lot of people stop playing once they hit their early teens and take a break and sometimes get back into it as adults, [but] we never stopped at all. We kept going. About 2010 [or] 2011, we started really taking it a little bit seriously and building in contests and conventions– just kind of competing and making it an art form and elevating, going to the next level.

Steven:  Yeah. Those contests were online. We found the online LEGO community. We found [that] there's a lot of people who did the same thing we did, and we also found the conventions through that. We would go to these big, essentially, art displays, and from there it just kept snowballing.

LP:  Once you did finally get on the show, what would you say was your favorite part of that experience– besides winning, of course?

Mark:  I think walking on set was a pretty special experience just because we loved Season 1 and watching that unfold. So being on the set was just like, ‘Wow, we made it to the coolest LEGO show ever.’ It was pretty awesome.

Steven:  We can't forget our castmates. They were like an immediate family. It was very cool. The regulations were very strict regarding COVID.

Steven:  There were no vaccines [yet], but we had to wear masks and face shields, and so on and so forth– a lot of stuff we had to do. We couldn't hang out with a lot of people and we couldn't see our family. We were in a hotel. But we immediately clicked with our fellow LEGO Masters cast members. And holy cow, we still talk all the time. We see each other, we have dinners at conventions and stuff together. They are the biggest takeaway from the show, in my opinion. 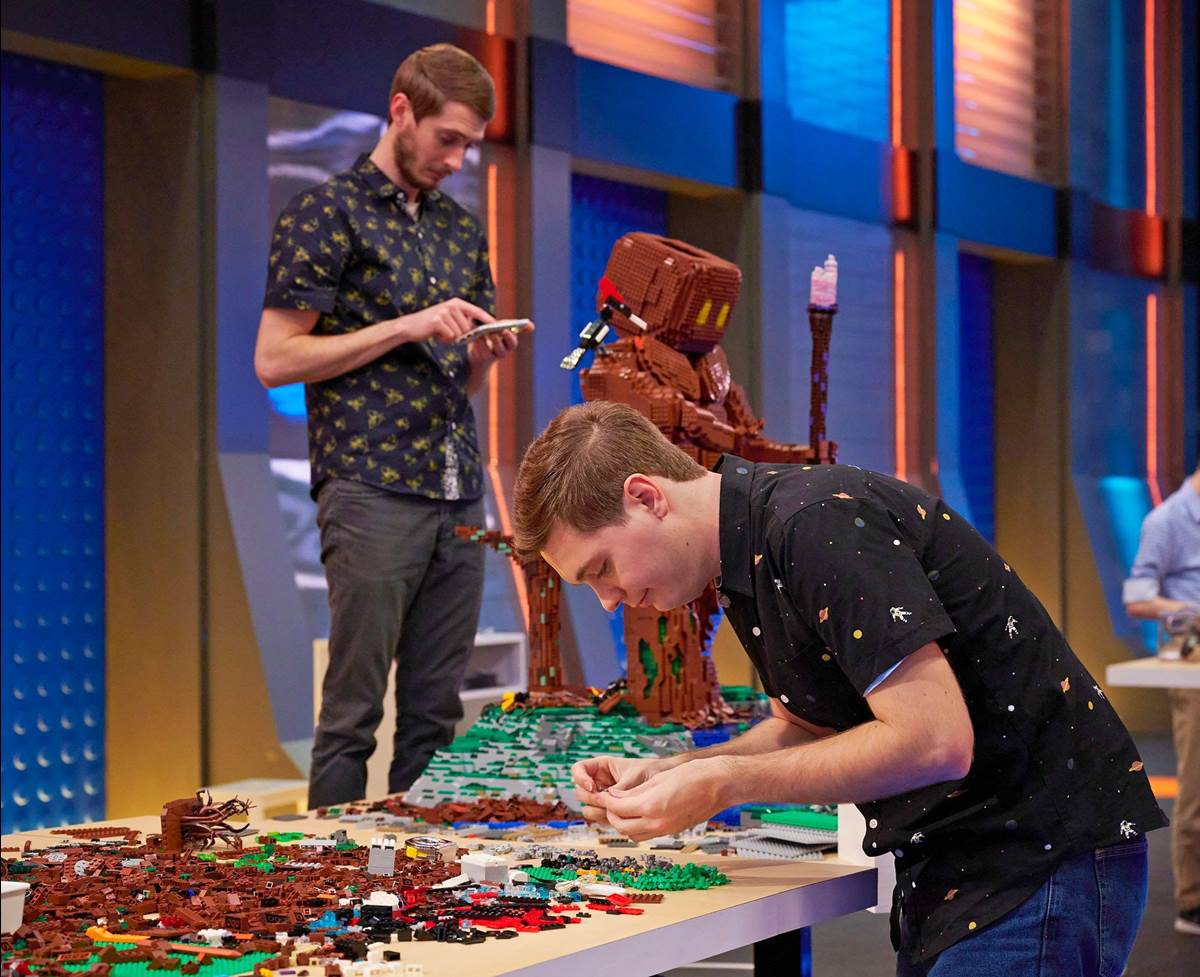 LP:  So they gave you 24 hours to build that final project. How was that broken up? How are you actually spending that time?

Mark:  It was broken up into three days. We weren't building 24 hours straight. We would all be dead at that point. [laughs] It was nine hours, eight hours, and sevens hours– a pretty full day each day. And we had a pretty strong plan going in to make a tree guy, a big warden of the woods, so we just started compartmentalizing what we were doing. I did the landscapes, because I'm kind of big-picture. Steven started sculpting the big creature because he's really good at characters– that kind of sculpture work.

Mark:  That was our finale build process.

LP:  Can you give me any highlights from your interactions with the show’s judges, Amy and Jamie?

Mark:  It was honestly really fun. Most people might be intimidated by Amy and Jamie, but we really liked them. We thought they were really cool, and it was so fun to talk shop, because they really know the nuts and bolts of LEGO. And they're fans of LEGO too. We got to talk to them a little bit on-camera when they were doing their thing and giving us advice. But frankly, it was really fun whenever they came to our table… unless we were doing really bad, then we were kind of nervous. But generally, it was always fun to talk to them. LP:  How about Will Arnett, the host? What was your relationship like with him by the end of the season?

Mark:  It was weird at first.

Steven:  He is louder than life. You can hear him across a crowded Walmart. He is a great guy, really funny. We actually both really enjoy Will's sense of humor, and so it was very fun to have him [there]. We were really star-struck at first and had trouble getting a coherent sentence out when he was around. But eventually we got used to it, and we were able to interact and have a great time.

LP:  Outside of the finale, did you end up having a favorite build from any of the previous episodes?

Steven:  Well, I was really proud of the vast majority of our builds. I love them all. But one of the most fun ones was Bernie the Burnt-Out Dragon from the puppet show [episode]. [That was] so cool, and the added bonus [was] we had Steve Whitmire voicing Billy Puppet, who was also the [previous performer] of Kermit the Frog. He was there doing his thing. He's an idol– a hero of mine. I absolutely love The Muppets, and I had the chance to [be] the closest I could ever be to The Muppet Show right there. Bernie was a great character. We won the challenge. I was like, ‘What more could I ask for?’ It was such a great challenge.

Mark:  I think the Episode 1 World Serpent that we made was really fun– really a menacing creature. I really enjoyed that build.

Steven:  Yeah. That was your kind of build. You killed the water too.

Mark:  It was a very fun build for sure. LP:  What has the reaction to the season finale been among your friends and family?

Steven:  Really good. We're getting all kinds of messages from totally random people saying ‘congratulations’ all over Instagram and Facebook and everything– a lot of our fans from the show and a lot of people from the community, friends from way back that you'd almost forgotten about. ‘We watched you on the show. Congratulations!’ It's so fun to see all the responses.

LP:  Lastly, now that you guys are winners, what would your advice be to future contestants on LEGO Masters?

Mark:  Basically I would say make sure you're well-refreshed, brushed-up on a variety of different build techniques and styles and types. Steven and I aren't experts at motors or Technic, and it really was a very technical season, so we had to quickly adapt in order to do well. If we had practiced a little bit beforehand, it would have been a huge help. Season 2 of LEGO Masters is available to stream in its entirety on Hulu.