Following a relatively-short seven-episode freshman season, ABC comedy Home Economics is coming back for more. Starring Topher Grace, Caitlin McGee, Sasheer Zamata, Jimmy Tatro, and Karla Souza, the show picks up where it left off: chronicling the lives of three siblings (and their partners) from three different socioeconomic statues. As someone who enjoyed the initial batch of episodes, I was excited to see what the Hayworth clans were up to in Season 2. 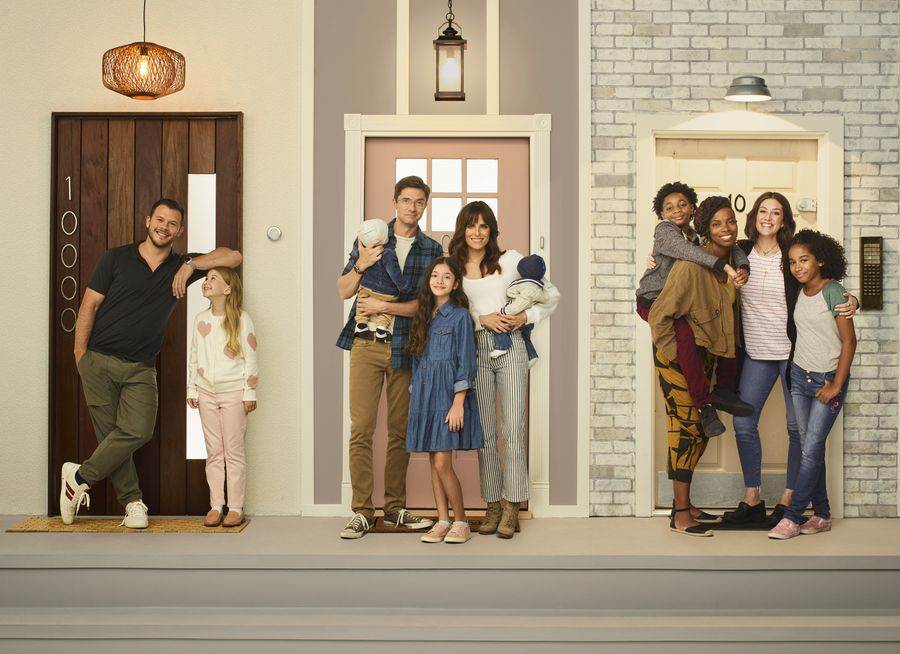 This first episode up finds the whole family headed to a 49ers game. Specifically, part of the group is invited up to the stadium’s luxury skybox where they rub elbows with, well, some fun cameos. Of course, sitcoms need conflict and this storyline comes with a few. First, while Tom’s wife Marina is pumped to cheer on the 9ers, Tom’s football knowledge is lacking to say the least — although he can tell you all about special teams and what his favorite down is. Elsewhere in the stadium, Sarah and Denise are discussing whether or not to let their daughter participate in cheerleading at school and what their feelings about the matter mean for their progressive inclinations.

To be honest, despite the massive stadium setting, this actually felt more like a bottle episode to me than anything. That’s not a bad thing, but I was a little surprised at how small the story felt for a season premiere. Nevertheless, there are some exciting moments to be found in this kick-off episode. And, while I’ve harped on Disney overdoing their synergy before, I have to say that it worked well this time around.

While I wouldn’t rank this sophomore season starter among my absolute favorite episodes of the series so far, it instantly reminded me about what I enjoy about the show. The dynamic between the ensemble remains irresistible, leading to plenty of laughs. I also feel as though this episode hints that we may spend more time learning about the younger characters on the show this season in addition to the core of adults.

Ultimately, if you enjoyed the first season of Home Economics, I think you’ll be on board for season 2. Meanwhile, if you happened to overlook the show during its initial run, it’s definitely easy enough to jump in without the full context (although you can stream the first seven episodes on Hulu if you do want to catch up). Judging by this return episode, Home Economics is sure to hold its place as a fixture in this household.