To kick off its fourth season (yes, really — it’s been four years), The Conners hit the air live tonight. Not only was the show aired live but was also filmed in front of a live (fully vaccinated) studio audience for the first time since the pandemic. All of that makes for an exciting installment of the show… but how was the episode itself? 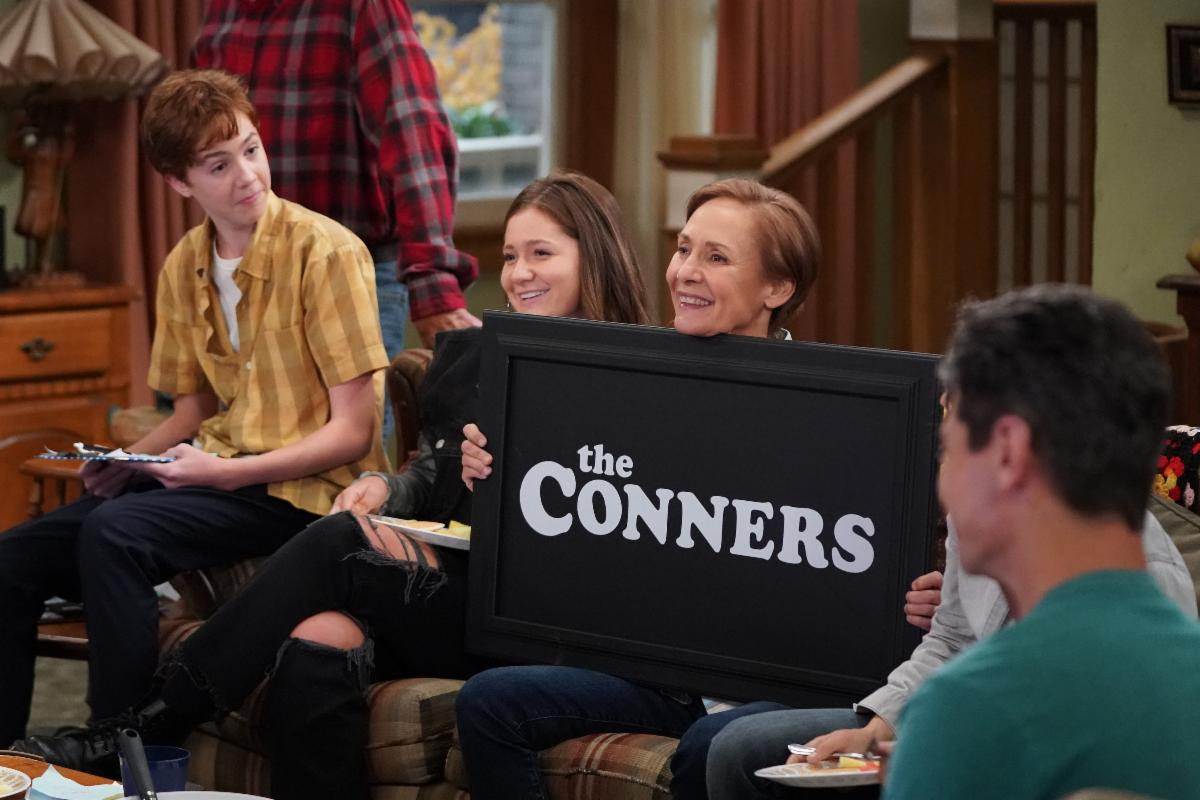 Storywise, The Conners’ premiere dives right in, reminding us all on where we last left the family: Dan and Louise are engaged, Darlene and Ben are, er, not… and Becky is in rehab. Sadly, that last point meant that Lecy Goranson did not appear in the episode. As for what’s new, Ames McNamara who plays Mark seems to have grown up quite a bit during the hiatus — although his alternate style at the beginning may have just brought more attention to this fact.

Rather than simply stick to the same old script, this episode threw in a few cheap live show tricks (did you say “cheap live show tricks?!”). This included three segments where Mark Facetimed viewers who shared the family’s surname and asked them a couple of questions on air. There were also some fourth wall-breaking moments such as exposing actress Sara Gilbert’s run from one set to another on the opposite side of the stage. As for errors, on the East Coast feed, there were only a couple of small camera cue misses, so no big flubs or breaks. Finally, I did think it was strange that the show spent such an extended period showing the audience at the end, but I soon realized that time was needed to bring the whole cast back onto set for a touching tribute: the show was dedicated to the late Norm MacDonald, who previously worked for Roseanne in two different incarnations.

Back to the story, thanks in part to all of those gags, there wasn’t a ton. Yet, what was there brought about more big questions in regards to what’s ahead for Ben and Darlene, with an emphasis on the latter. On that note, I have to give props to Gilbert for pulling off a crying scene live. Giving them the benefit of the doubt that this part wasn’t pretaped (I wouldn’t blame them) and even if she did likely blow some menthol in her eyes beforehand, it was an impressive and impactful feat. 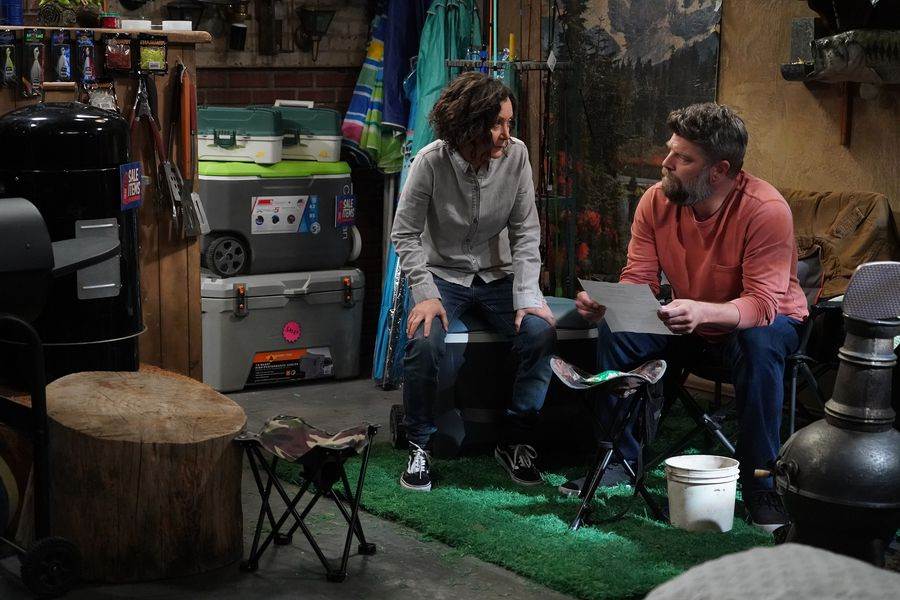 Out of that praise actually comes my biggest criticism of this episode. While I understand the desire to make a splash with the series premiere by doing a live show, I kind of wish they’d waited. Sure, the show is no stranger to mixing comedy and drama, but the extra level of silliness contrasted with an emotional scene near the end made for a confusing tone overall. Also, the absence of Becky was sorely felt. Nevertheless, I’m still excited to see where the season goes from here as a trio of big storlines continue to develop — but won’t necessarily miss the live show format.

The Conners season 4 airs Wednesdays on ABC, while you can catch the live episode (and all other episodes) the next day on Hulu.