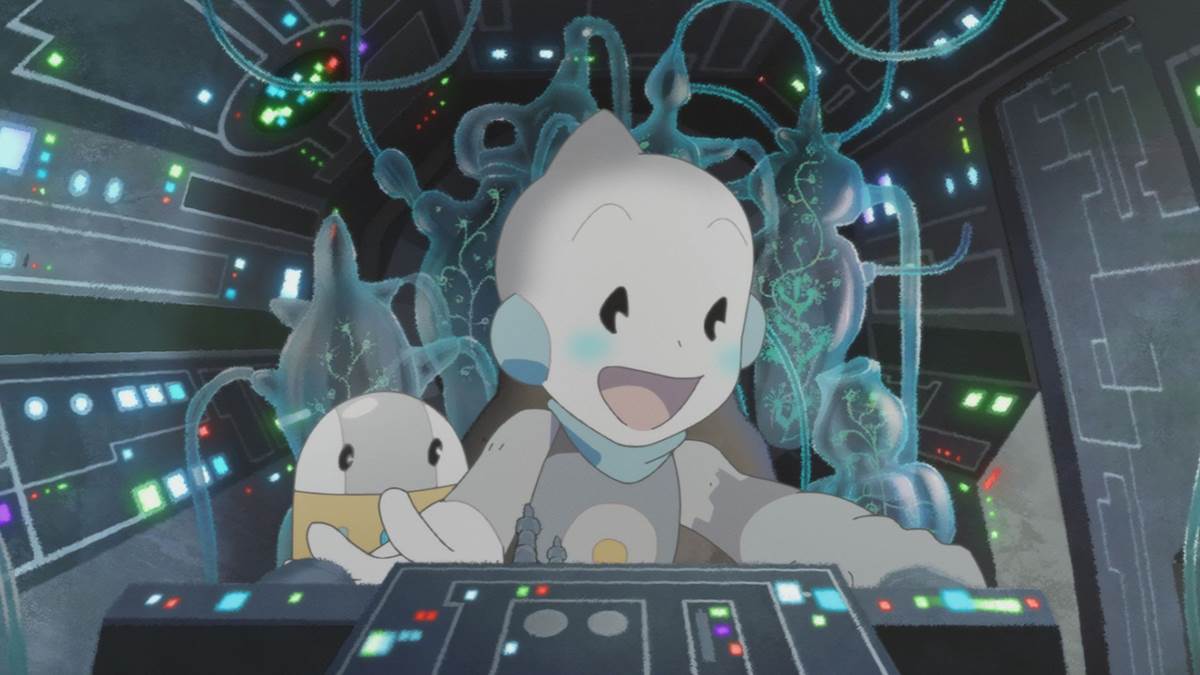 Continuing Laughing Place’s reviews of each individual episode of Lucasfilm’s animated event series Star Wars: Visions, the sixth installment is entitled “T0-B1” and was crafted by Science SARU (creators of Lu Over the Wall).

On my first time through watching all of Star Wars: Visions, the episode “T0-B1” was where I started to become frustrated with the series’ obsession with the Jedi. And even now, as I revisit the episodes for these reviews, it strikes me as unfortunate that every single one of them involves a lightsaber in some key way. Yes, the Jedi are a central part of the Star Wars mythos, but in my mind there could have been so much more to explore in these short films via the galaxy’s underworld, bounty hunters, and military spheres, among other aspects. But setting that odd single-mindedness aside, I was able to enjoy “T0-B1” for what it is on my second viewing.

This episode focuses on a professor named Mitaka (voiced by Tsutomu Isobe in the Japanese audio track and Kyle Chandler in the English dub) living on a remote desert planet who creates a droid child (think a combination of Astro Boy, Mega Man, and Pinocchio) who dreams of one day becoming a Jedi. T0-B1 (Masako Nozawa / Jaden Waldman) works alongside his fellow droids– most of which are of the smaller, beeping astromech-type variety– to terraform the planet into a flourishing garden world. Mitaka tells “Tobey” that if he wishes to become a real Jedi, he must first find a Kyber crystal hidden somewhere on the planet, so the robot boy sets out in search of the rare hidden gem.

When that search proves fruitless, Tobey returns home to discover that Mitaka is more than just a simple professor. One joyride in a T-16 Skyhopper later, a Sith Inquisitor (Kentaro Ito / Neil Kaplan) tracks a signal to the planet and decimates Mitaka’s laboratory home while Tobey is in hiding. The droid picks up the professor’s research where he left off and successfully brings life back to the planet, but not without attracting the Sith’s attention once again. In the end, T0-B1 must connect to the Force and prove his worth as a Jedi to avenge the death of his Master. A droid Jedi is an interesting concept, and one that hasn’t been explored to much in the main Star Wars canon, so that aspect of this short is an intriguing one. Otherwise this feels like pretty middle-of-the-road fare as far as Visions goes. It’s fun enough, I like the characters, and Tobey’s Jedi-fantasy dream sequence is stunningly animated, but otherwise there isn’t a whole lot going on here to make it stand out among the rest.

My ranking so far: