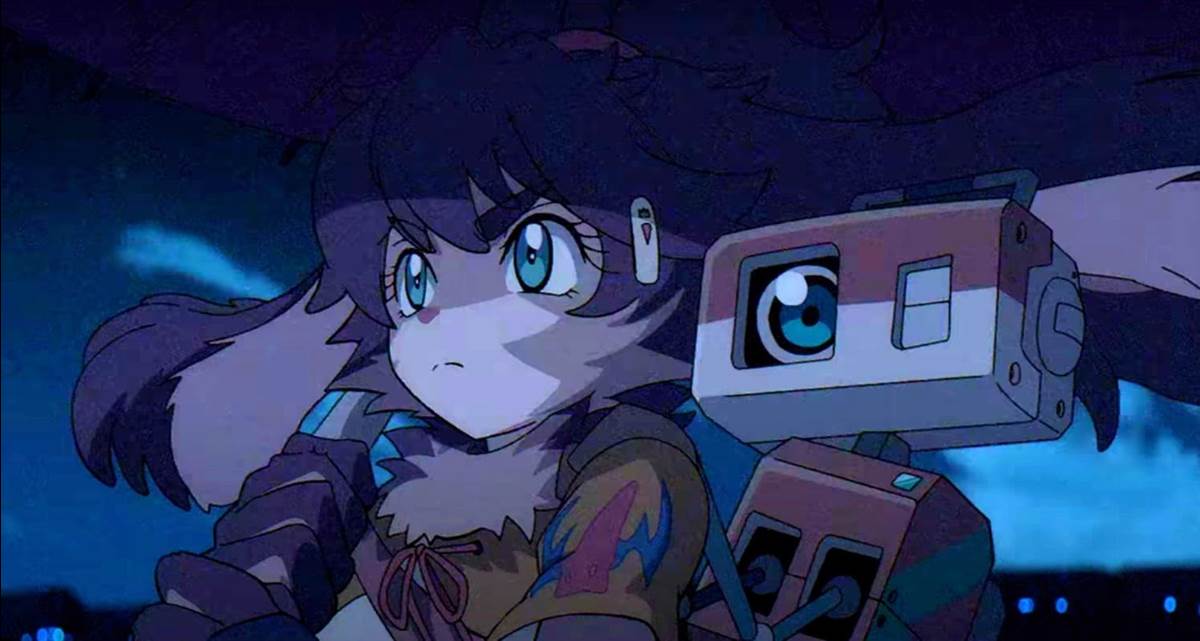 A clan leader named Yasaburo (voiced by Tadahisa Fujimura in the Japanese audio track and Paul Nakauchi in the English dub) adopts a bunny-like alien girl named Lop (Seiran Kobayashi / Anna Cathcart) at the insistence of his daughter Ochō (Risa Shimizu / Hiromi Dames) after Lop escapes from Imperial enslavement on the planet Tao. In the moment they seem as though they’re going to be a happy family, until we flash-forward to seven years later, when Yasaburo has grown increasingly resistant to the Empire’s occupation of the planet. Ochō tries to convince her father that working with the Empire would be beneficial for all involved, but the father and daughter have a falling out due to this disagreement.

When Ochō ends up allying herself with an Imperial Officer (Taisuke Nakano / Kyle McCarley), Yasaburo reveals his true Jedi heritage and bestows a family heirloom to his adopted daughter Lop– a working lightsaber, which she uses to go up against her now-estranged sister. Once again I would say that “Lop & Ochō” has some pretty neat-looking visuals, but doesn’t quite grab me in the way that some of the series’ other episodes have. The animation style occasionally feels a little stilted and I don’t know if Lop’s flopsy character design truly fits into the larger Star Wars oeuvre (I guess the closest thing would be the similarly rabbit-esque Jaxxon, but even after being reintroduced to the canon he really only exists on the periphery of the franchise), but I did like seeing some more familiar-looking aliens like Quarren and Mon Calamari in the background.

Another cool detail in “Lop & Ochō” is the writing on the illuminated blade of Yasaburo’s family lightsaber– something you probably couldn’t do in live-action, but works well in this context. As tired as I am of Jedi worship in Star Wars: Visions, it was admittedly intriguing to see the family tradition of passing down lightsabers depicted via a traditionally Japanese method. I think any hesitancy I have in embracing this short as one of my favorites simply comes from the regrettable same-ness that’s starting to echo through each installment upon rewatch.

My ranking so far: