Thank the heavens above, T&H is finally complete. After a season of confusing tones and bizarre choices, we have finally caught the baddies who Scott Turner Sr. was trying to capture when he passed away. Was the entire series worth this big finale? I would argue no, as we weren’t receiving big pieces about this puzzle until the last two episodes. However, we still had an abundance of possible dog-killing scenarios which is never not stressful, even if you can assume the outcome. Turner is quickly caught by a minion of the main dog fighting ring leader (that guy from Hooch’s past whose name I still don’t know) and tied up with a pitbull named Newt. While many call him “the meanest dog in the state,” Turner is quick to use some loving tactics to get Newt to show his soft side, working in tandem to escape their current prison. While Newt is able to run away (later being picked up by Laura and her ex-husband), Turner is back in the clutches of the minion.

Meanwhile, Laura, Xavier, and Erica all run into each other trying to help locate Turner. Angel and Hooch are along for the ride…until Hooch breaks free hoping to find Turner. Luckily, Hooch finds Turner’s second hostage location moments after Scott is slapped with a gun. (WHO. IS. THIS. SHOW. FOR?!) The moment the minion goes to sedate Scott, Hooch jumps into action. He goes to shoot Hooch, but luckily misses as in the midst of the fighting, he has been poked with the sedation needle.

Turner & Hooch join the group in hopes to stop the dog fighting ring before it gets out of hand. They eventually make their way to the home location of the impending fighting and create a plan to save the dogs and arrest those involved. Angel helps steal the keys to the truck with all the dogs on board, which Laura drives away with. Turner goes ahead to follow Laura in the hopes to protect the dogs (and make sure the big bad following Laura doesn’t get to her first). Erica and Xavier are in the midst of a gunfight with the rest of the dog fighting participants. While it looks like their hopes are gone, Baxter and the chief rescue them from the sky with the entire local US Marshal fleet. 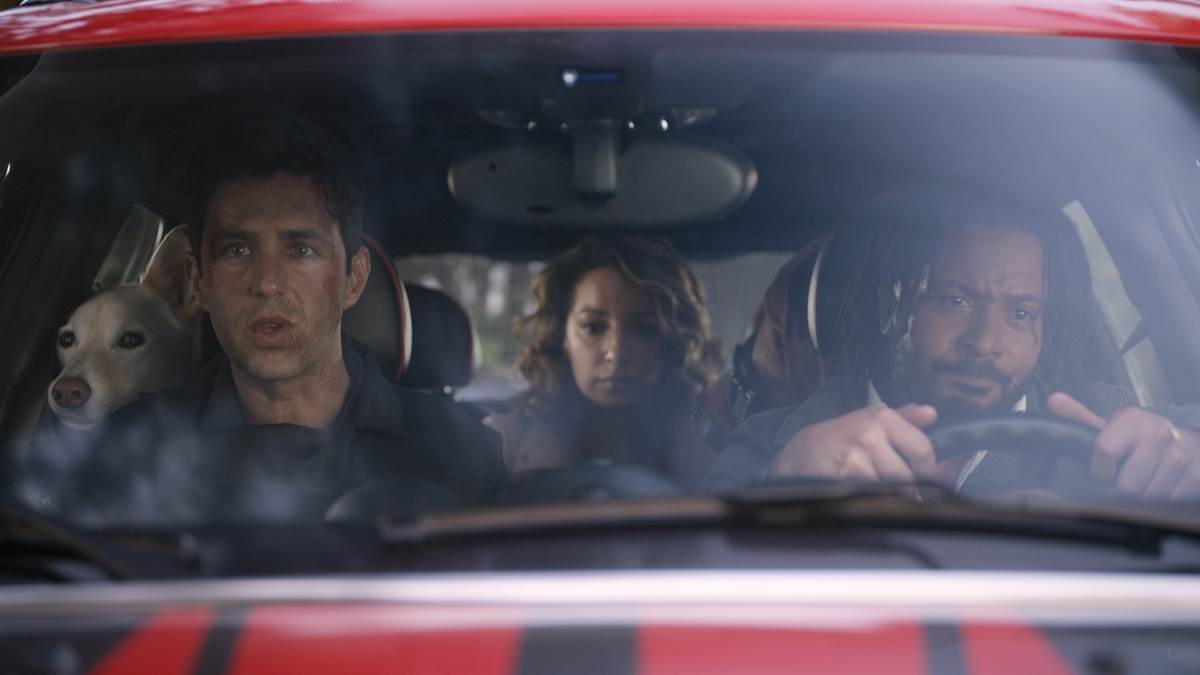 The big bad rams into Laura driving the truck, in the hopes to get back the dogs and kill Turner & Laura. Luckily, Hooch is always here to save the day, running to bite his ankle, throw him off his game, and finally arrest the man who aided in Scott Turner Sr.’s death. Everything is wonderful! The dogs are saved!

In the final moments, we see Baxter had her baby, Xavier is finally getting married, and Scott is finally ready to make a move on Erica…until Hooch ruins a full wedding cake. Ed Sheeran and Etta James songs scored these ridiculous moments. It’s been…somethin’ recapping T&H this season. All I can end with is…woof.