Hollywood locals and visitors are getting an eyeful of “bling” over the next week, as ABC has unveiled a giant 3D replica of the necklace from its upcoming musical drama series Queens at the corner of the famous intersection of Hollywood & Highland.

Measuring 57 feet tall and surrounded by branding for the series, the Queens necklace is intended to be seen by hundreds of thousands of drivers and pedestrians passing through “one of the busiest intersections in the city,” according to ABC.

In the evening, this Queens marketing activation will come to life with “music and lights choreographed to the Queens ‘Nasty Girl’ single,” in an effort to add “a little extra pizzazz” to the display. The series premiere of Queens, entitled “1999,” will star Eve (Barbershop) as Brianna, Naturi Naughton (Notorious) as Jill, Brandy Norwood (I Still Know What You Did Last Summer) as Naomi, and Nadine Velazquez as Valeria, “a fractured girl group living in the shadows of their once prominent hip-hop dynasty.” Precious Way (Days of Our Lives) co-stars as Naomi’s 20-year-old daughter Jojo.

According to ABC’s official description of the show, “After their popularity skyrocketed with the success of their chart-topping single, “Nasty Girl,” they were once regarded as one of the greatest girl groups of their generation. Despite critical and commercial success, the group was plagued by internal conflict and jealousy. Estranged and out of touch, the four women, now in their 40s reunite for a chance to recapture their fame and regain the swagger they had in the ‘90s when they were legends in the hip-hop world.” The giant Queens necklace will be on display from now through Sunday, October 24 in Hollywood. Queens premieres Tuesday, October 19 on ABC. 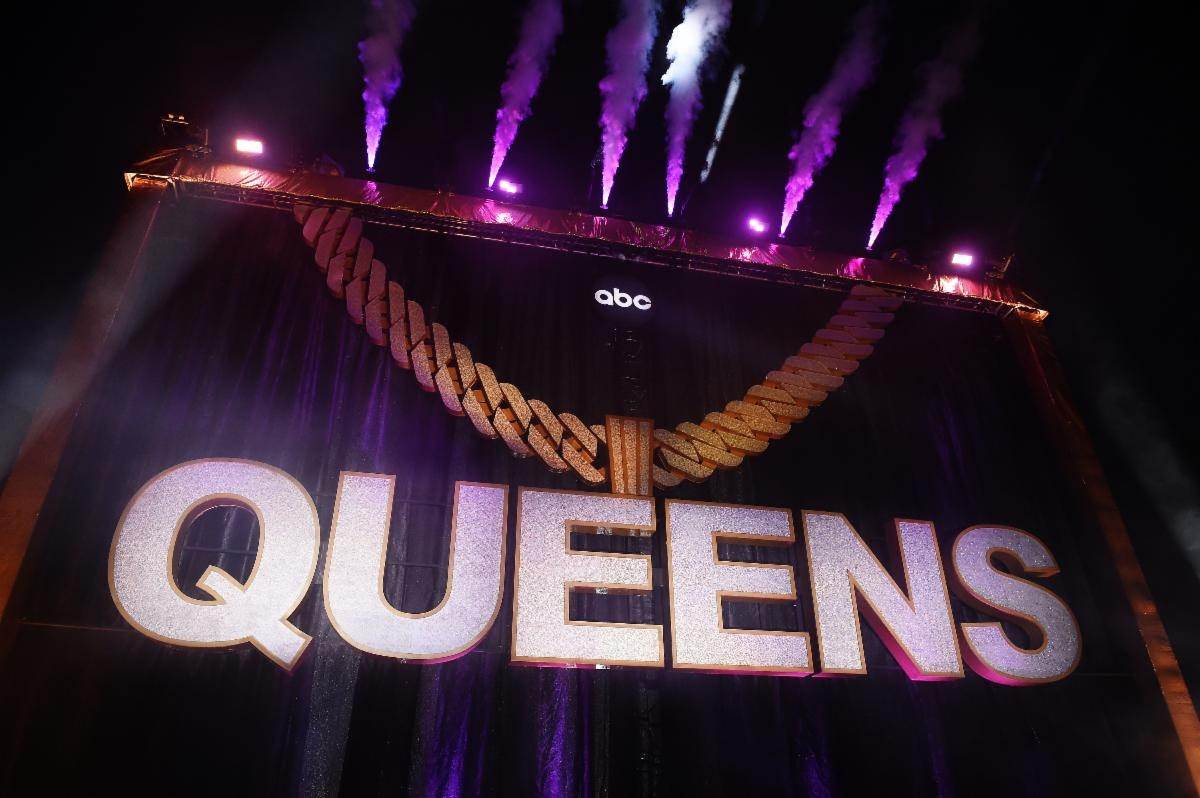