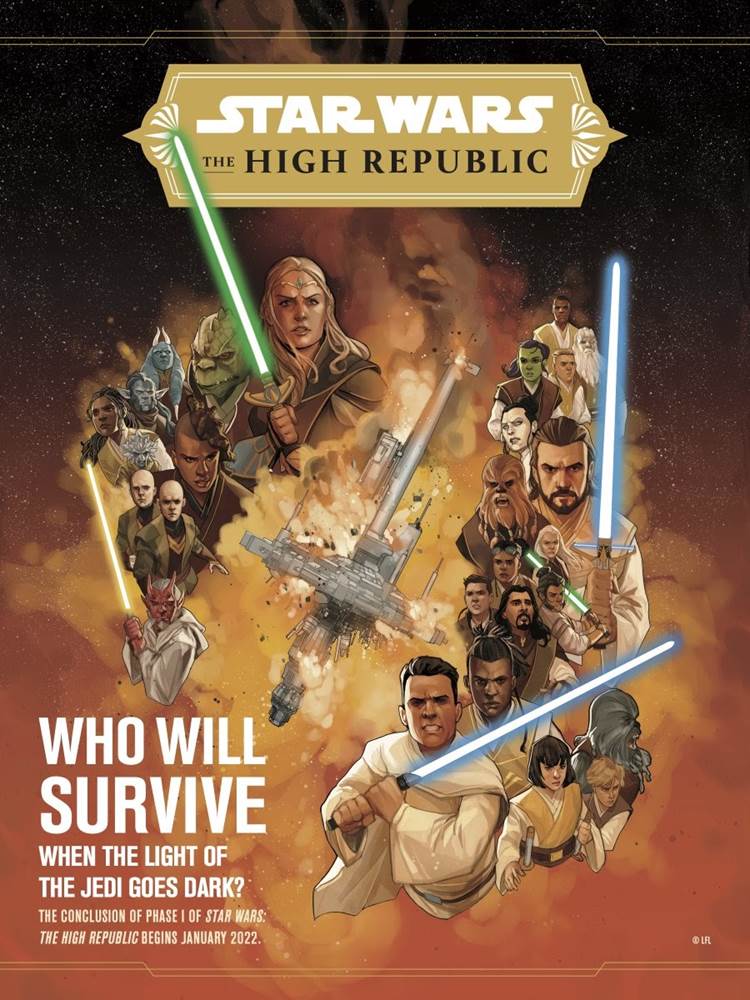 Readers who are keeping up with Lucasfilm Publishing’s Star Wars: The High Republic initiative are going to want to prepare for January. After a tumultuous year full of thrilling stories set two centuries prior to the familiar events of the Skywalker Saga, Phase I of The High Republic is set to come to an end at the beginning of next year.

The conclusion of Phase I of #StarWarsTheHighRepublic begins January 2022. pic.twitter.com/zthoroWip5