According to Joel Sartore, there are so many animals left in the world to photograph for his Photo Ark that it will take the rest of his career to capture them all. For that reason, it’s no surprise that a new coffee table book, the fourth in the series, comes on the heels of his 11,000th species photographed. The latest release, titled Photo Ark Wonders, more closely follows the original release with a diverse mix of species grouped by theme. This release also gets a lot more personal for Sartore, who shares some of the personal challenges he’s faced while working on the project. 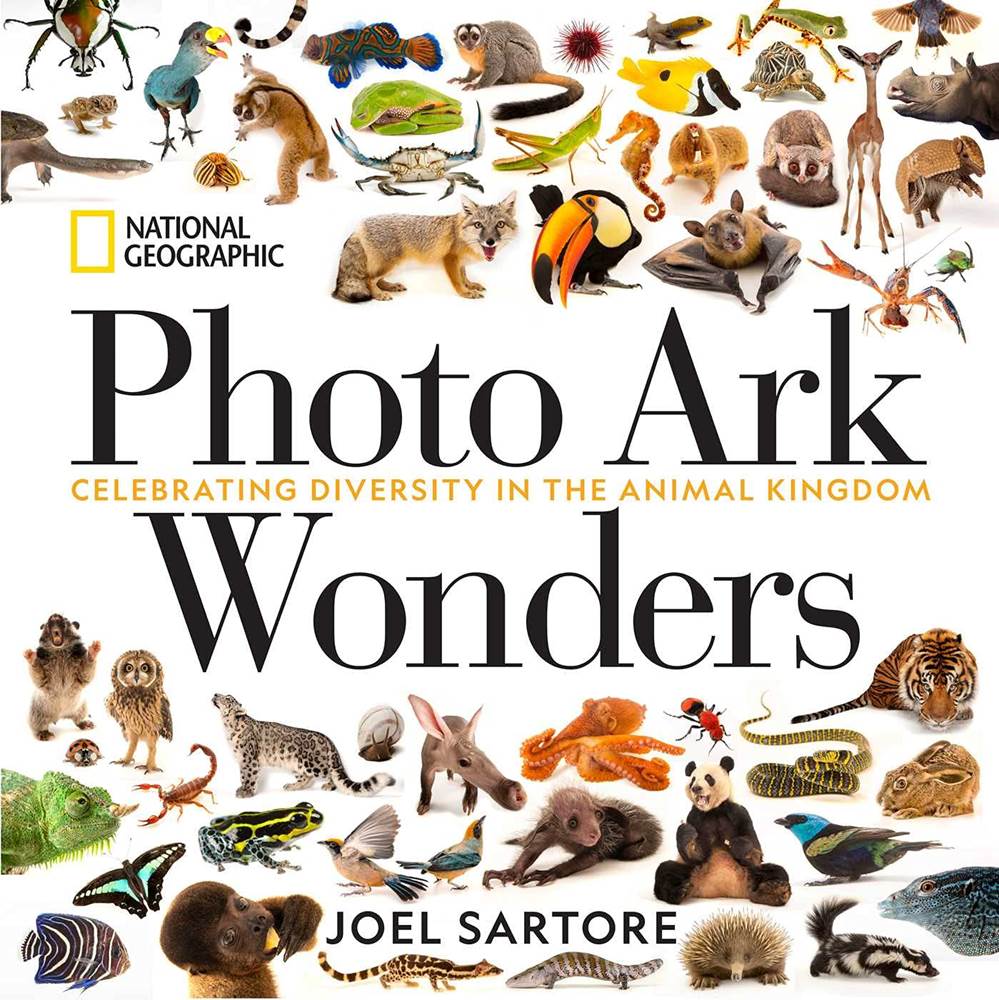 With four chapters, Joel Sartore compiles highlights from the Photo Ark by themes of Shape, Pattern, Extra and Attitude. Each animal typically gets their own full page, captured in front of a solid white or black background. Part of the book’s brilliance is the way the shots are organized. For example, two polka-dotted animals (Clown triggerfish and Green-backed twinspot) are paired side-by-side in the spread, creating visual harmony for the reader.

Each photo is accompanied by a description of the animal and in some cases, Joel Sartore provides the story behind getting the photo. There are some fun and harrowing anecdotes that connect the reader to the mastermind behind the Photo Ark. But ultimately, it makes you appreciate the frailty of nature. It’s incredible to look at photos of animals on the verge of extinction who spent centuries adapting into the wonders that they are. It’s hard to look through the book and not feel compelled to want to do something to protect their habitats and ensure the survival of each species for generations to come.

At face value, the themes of Photo Ark Wonders are the four chapter titles, with the Attitude section evoking the strongest emotional connection. But in reality, the theme of the Photo Ark, in general, is conservation. While the book doesn’t harp on the message, readers will obtain it subliminally in such a way that by the end of the release, they will want to learn more about what can be done to save every animal on each page before it’s too late. The book also doesn’t really touch on the pandemic, other than anecdotes about it slowing down the Photo Ark mission, but featured is a story where Joel gets sick from photographing bats in a cave as well as the caption on the photo of the White-bellied tree pangolin, which mentions that some cultures believe that its scales have medicinal properties, even though science has proven this to be false.

On a lighter note and aimed at a younger audience, Photo Ark ABC is a fun way for kids to get into the Photo Ark courtesy of National Geographic Kids. It expands on the classic principle of pairing an animal with each letter of the alphabet by turning each into an educational poem, written by Debbie Levy. This isn’t necessarily a book to teach a preschooler the alphabet, but one that can pair a child’s love of animals with learning more about them. It also doesn’t stick to the typical animal alphabet pairings, using Tapir to represent “T” and Katydid to represent “K.” 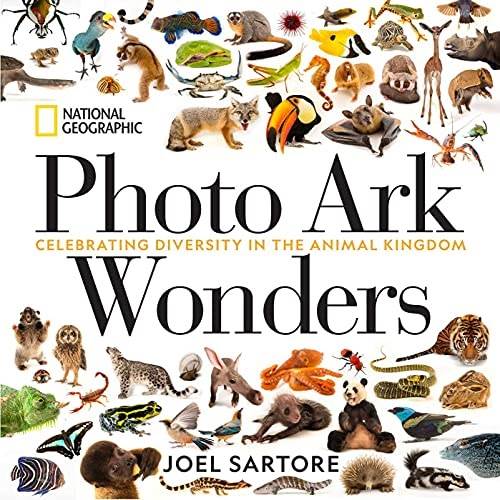 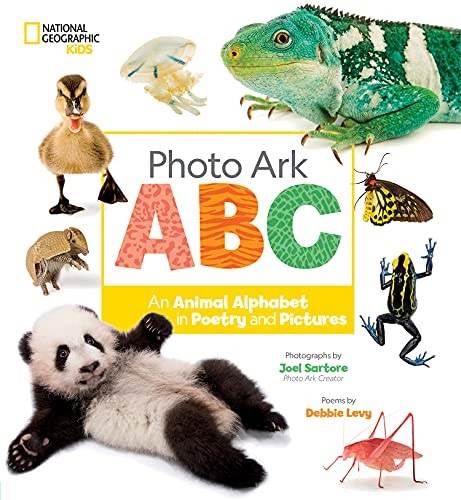