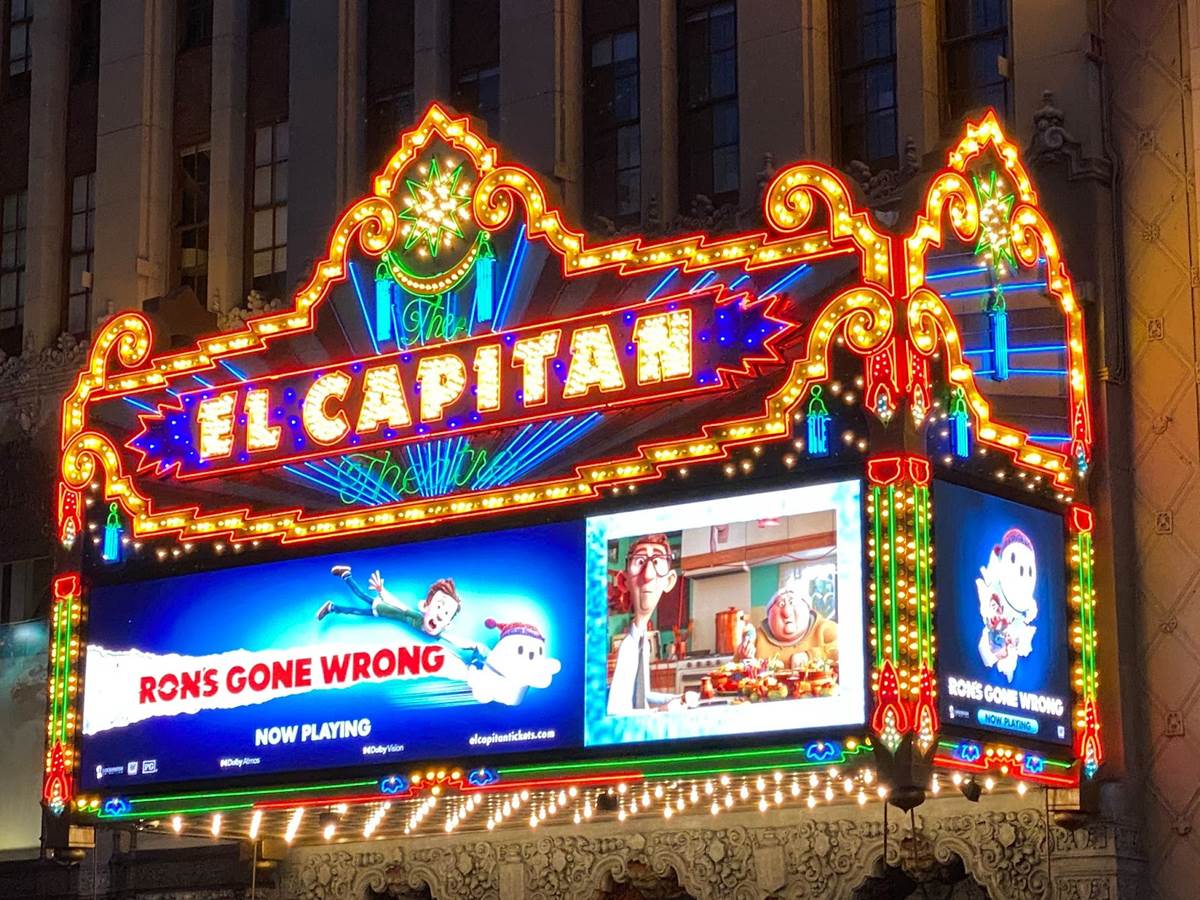 Ron’s Gone Wrong, the new animated feature from the now-Disney-owned 20th Century Studios and production company Locksmith Animation, has officially opened in theaters nationwide– but as usual, there’s nowhere better to see it than at El Capitan Theatre in the heart of Hollywood, California.

Arriving at El Capitan Theatre, fans found the gorgeous marquee lit up in bright colors and further illuminated with the Ron’s Gone Wrong key art and logos. Near the box office and inside the lobby, giant posters promoting the movie helped guests get ready to enjoy the film, while in the auditorium, El Capitan’s talented organist entertained the crowd with familiar Disney tunes and Hollywood favorites.

As guests come and go from El Capitan Theatre, they’ll find attractive Ron’s Gone Wrong and The Nightmare Before Christmas photo ops in the lobby area. In addition to the theater’s state-of-the-art projection technology and high-quality sound equipment, those kinds of fun bonuses are always a great reason to check out the latest theatrical Disney releases at this storied movie palace in Southern California.

Ron’s Gone Wrong is playing daily from now through October 31 at El Capitan Theatre on Hollywood Boulevard. For more information and to purchase advance tickets, be sure to visit the theater’s official website.