TV Recap: Sydney to the Max – “Jingled Out” and “Honey, You Shrunk the Fit”

Sydney to the Max is back with more episodes from season 3 on Disney Channel. This recap covers episode 15, “Jingled Out,” and 16, “Honey, You Shrunk the Fit.” The first episode is all about responsibility while the second is about body image. 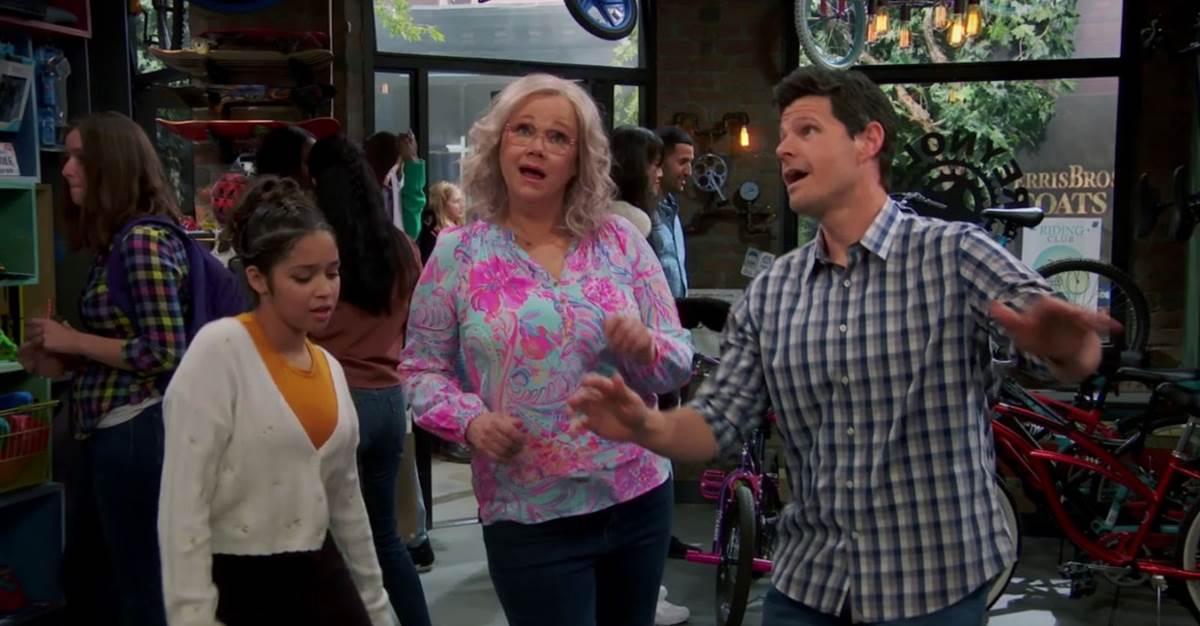 When Max enters Reynold’s Rides with a bouquet of flowers in his hand, Sydney finds out that it’s because he heard a catchy jingle for the flower shop on the radio and he couldn’t get it out of his hand. He contacted the radio station and hired a songwriter to create a jingle for the shop, but Sydney asks him to let her do it instead. She convinces her dad that she is responsible enough for the assignment.

Olive comes to Sydney’s house and finds that her friend is having writer’s block, so she asks her to write a jingle about her. It gives Sydney the confidence she needs and the next day, she goes to Reynold’s Rides to play her dad an upbeat tune she wrote, which he says is “Too jingly.” He wants a jingle that captures the heart of the shop and asks her to start over.

Olive is shocked that Max didn’t like the first song but helps Sydney with a more heartfelt one. Sydney sits on a stationary bike in the backyard and describes how she’s feeling while Olive takes notes. She turns that into a new, slow acoustic song and when she plays it for Max, he cries. But he says it’s too slow for the jingle and asks Sydney to try again and create a song that’s in between the two she already wrote. Sydney feels like she has let her dad down.

Sydney confesses to Olive that she wants to quit and the next morning, she does so in an email to her dad. Max calls Sydney to the shop and she notices that he has a new speaker on the counter. He is upset that Sydney gave up on herself and tells her that he didn’t. He turns up the speaker and the third song Sydney wrote is playing on the radio. Olive had a copy and sent it to him. Max tells Sydney that part of being a professional is making mistakes and learning from them. Sydney receives her first paycheck for songwriting and Max also framed a copy for her. 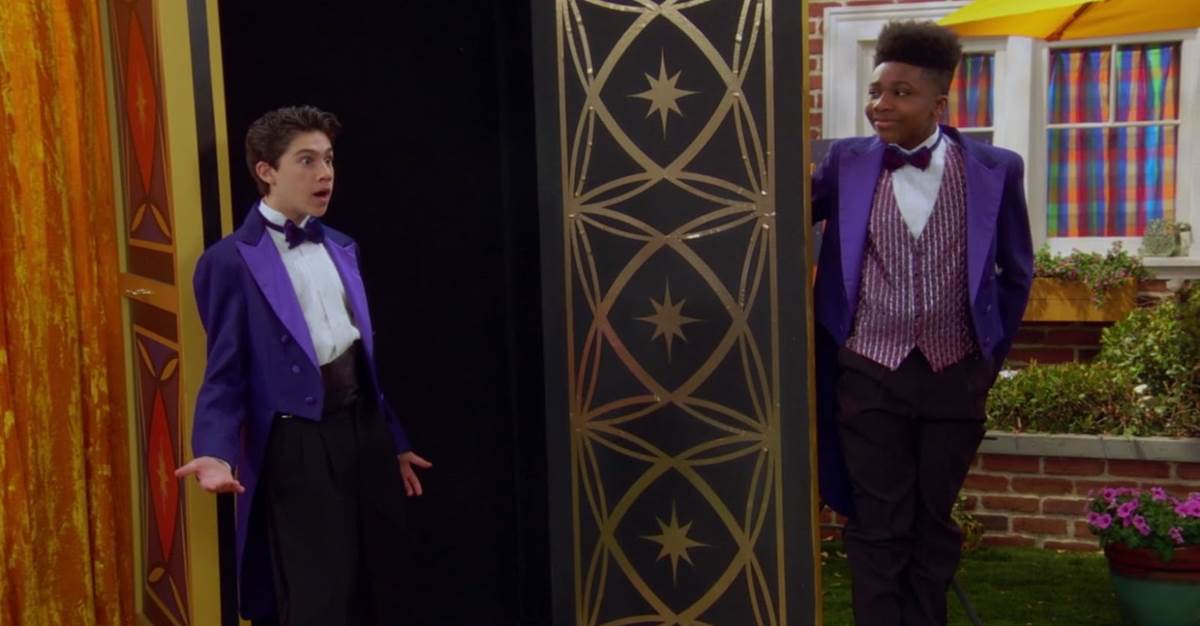 Leo comes over to Max’s house in a flashy purple suit and a cane, which is actually a magic trick that turns into red scarves. Leo’s uncle gave away all of his magic stuff and Max has an idea for a new business, becoming a birthday party magician duo. Leo doesn’t think Max is responsible enough to commit to it, but agrees to host a free show in the backyard this weekend. Their magician names are Abra and Cadabra and they perform a dress rehearsal for Judy, who is amazed by their tricks. But when Leo leaves, Judy gets a phone call and Max has a tryout for the skating tournament the same morning as the show. He believes he will be back in time and says if not, he will leave the tryout early.

It’s showtime and Max is nowhere to be found. Judy feels bad for Leo and agrees to be his Cadabra for the act, but she’s bad at magic and none of the tricks go right. The audience leaves disappointed and Max gets back just as it ends. He apologizes for missing the show and still wants to do the act. Leo says he blames himself and will go solo from now on, but the two make up and remain friends.

Honey, You Shrunk the Fit 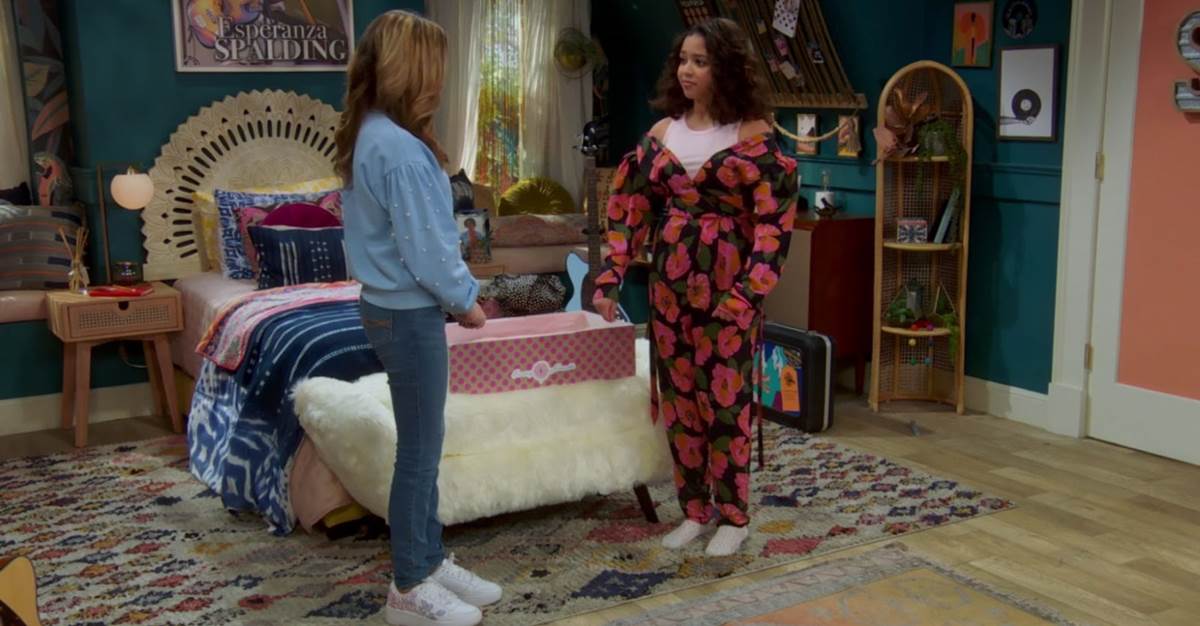 Sydney attracts a big crowd to an acoustic night at Reynold’s Rides and after the show, a woman named Zoey introduces herself as a brand manager for Britney Nashville, a highly desired clothing line. She asks Sydney if she’d like to become a brand girl, which means she would get free clothes to post on social media and she says yes.

As soon as Sydney receives her first box of clothes, Olive appears. They rush to Sydney’s room to look at the items and are excited until Sydney starts to try the clothes on. The brand only makes clothes in a “One size fits all” option and everything is either too tight, too short, or too long on Sydney. It makes Sydney feel like something is wrong with her, but she gets an idea from Grandma Judy, who is faking vacation photos with Max to get out of cousin Archie’s annoying birthday party. “I don’t actually have to fit into the clothes, I just have to look like I do,” Sydney tells Olive.

Judy and Max pretend to sip coconut drinks in front of a tropical backdrop when Sydney comes to the backyard in a jumpsuit that is held together in the back by chip clips. Sydney finds it hard to pose comfortably but Olive has a new solution. Olive edits the photos of Sydney and she likes the way she looks in them, so she posts them. The posts get a lot of likes and Zoey sends over another box, this one containing a dress and a note that says she expects to see Sydney wear it at her next concert. Sydney doesn’t want to give up being a brand girl, so she decides she will change her body to fit the dress.

Sydney and Olive return from a jog the night before the concert and Sydney thinks the dress will fit now. They go try and Sydney is able to get in the dress and zip it up, but it’s so tight it’s hard to breathe and she also can’t move her arms enough to play the guitar. Olive tells Sydney she’s going too far and she agrees. She realizes that her body isn’t the problem, the clothes are. She devises a new plan.

Zoey is at the concert and Sydney takes the stage in a new dress she created using pieces of all the clothes she was sent. After the show, Sydney apologizes to Zoey and says “I realized I’m not one size fits all, and so is every other girl.” Zoey pulls her jacket down to show Sydney that the clothes don’t fit her, either, and her dress is clipped together. She says she will bring it up at the next meeting. That night, Sydney removes the edited pictures of her from her social media and only posts natural ones. Judy announces that she made the fake vacation look too fun and now Archie wants to join them next year. Sydney suggests they make a fake tornado to get out of it. 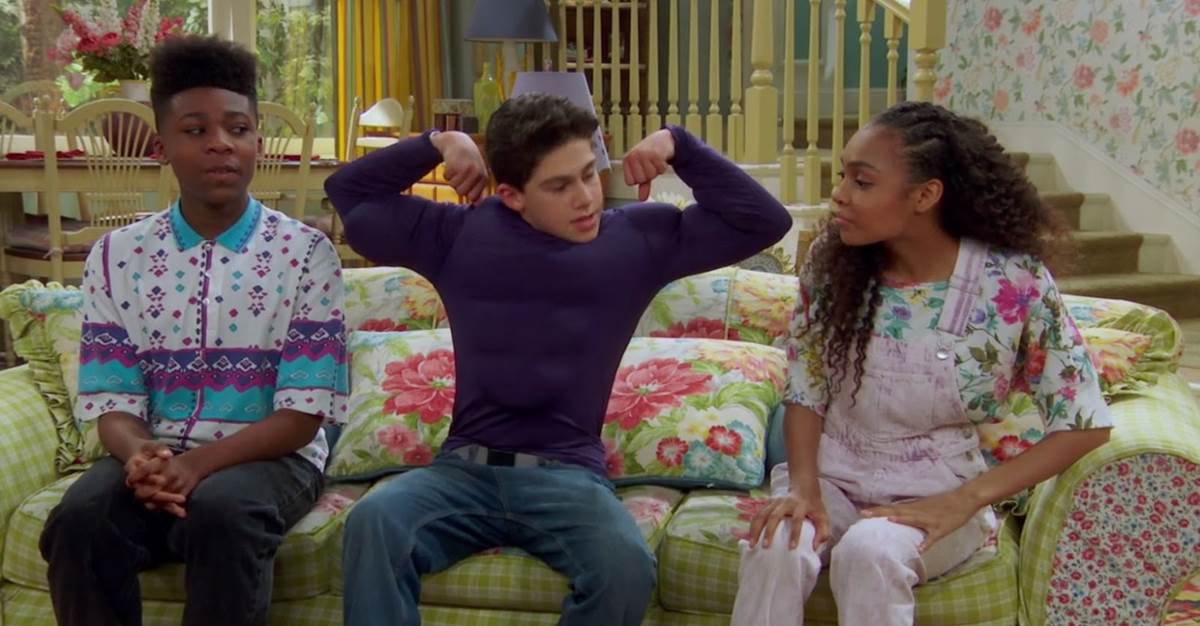 The wrestling Ruckus Rumble is coming to town in two weeks and when Mr. Concrete comes to Leo’s arcade, Max sees Alisha become a fangirl and ask for his autograph. Max thinks that if he gets muscles, Alisha will like him better and Leo agrees to be his trainer. Leo helps Max train for two weeks, but the day before the event, his arms are the same size.

Leo waits in the living room for the Ruckus Rumble to begin on TV and Alisha will be there any minute. Max comes down and has stuffed socks in his shirt to give the illusion of muscles. When Alisha gets there, she tells Max that he looks different and he tries to show off his physique. Leo is uncomfortable and goes to the kitchen. In private, Alisha asks Max why he’s wearing fake muscles and he tells her he wanted to impress her. She tells him she only likes wrestling because it’s fun. “Max, the best part of you is that you always flex your biggest muscle, your heart,” she says. With that behind them, they all enjoy the match.

Sydney to the Max returns on Friday, October 29th with a new episode called “Family Buy.” Here’s the synopsis:

When the Reynolds receive a sum of money, no one can agree on what to buy. Sydney finds herself in the middle of what her dad and Grandma Judy want.