Gabby learns that you can’t change someone in “Fountain of Ruth,” the newest episode of Gabby Duran and the Unsittables. Here’s a recap of the fun that ensued when Gabby’s grandma came over to babysit. 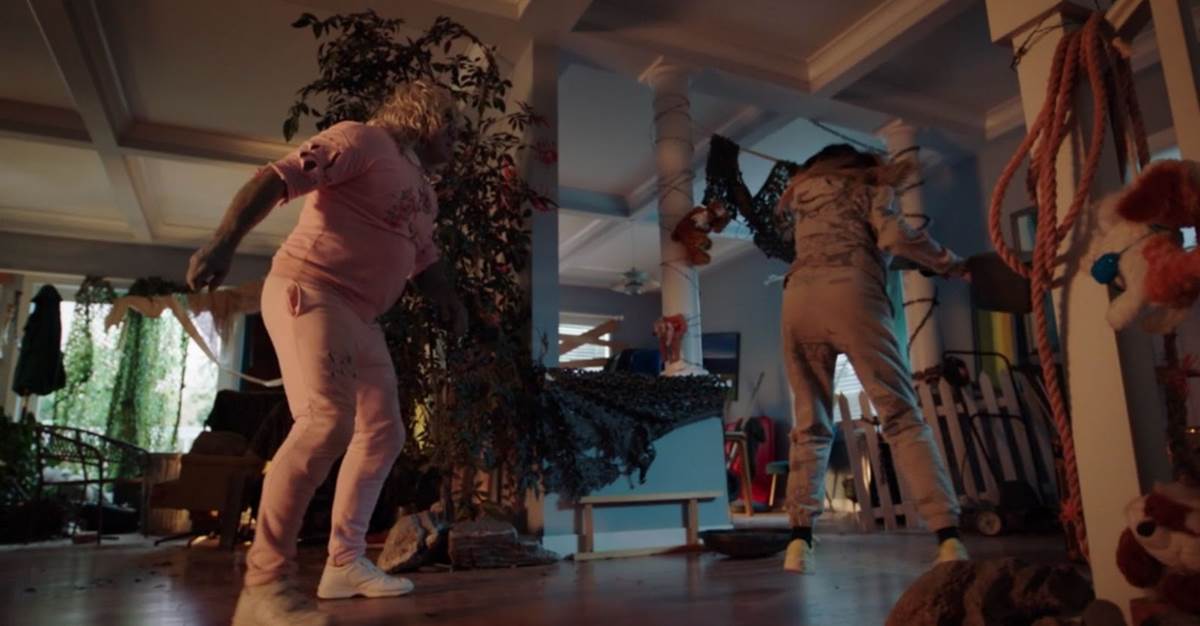 Dina is going away for the weekend with Doug to see her favorite band “Boyz Not Men,” who have reunited for a special 2-night event. Grandma Ruth is coming to watch Gabby and Olivia and she’s always been extremely fun, taking them on wild adventures like alligator wrestling. But when Grandma Ruth arrives, she’s using a walker and just wants to play board games. Gabby thinks it’s a joke, but Grandma Ruth says she hurt her back skiing and that her body doesn’t let her be extreme anymore. Traveling wore her out and she lies down for a nap.

Gabby gets some advice from Kali, the warrior alien she sometimes babysits, who gives Gabby some Gwargwariale, an energy drink her people use to regain their stamina after battle. Gabby gives it to Grandma Ruth and she instantly starts doing push-ups. Later, Gabby and Olivia are exhausted from the fun day they had with their grandma, which included her giving them both a piggyback ride at the same time. Gabby believes the drink she got from Kali will wear off before their mom gets home, but when she goes downstairs, she finds that the living room has been transformed into an indoor jungle. Grandma Ruth has become blue and muscular and has a deep voice now. “I conquer this domain as my own,” she says, pulling a giant hammer she forged out of the fireplace.

Gabby asks Olivia to keep Grandma Ruth busy while she comes up with a plan. She consults Kali, who tells Gabby that she will have to exhaust her in battle to return her to normal, a process that takes 12 consecutive hours. Gabby engages Grandma Ruth in battle and after a montage that moves time forward 12 hours, Grandma Ruth doesn’t show any sign of calming down. Olivia comes to the rescue, jumping on Grandma Ruth’s back so Gabby can grab the hammer. After knocking Grandma Ruth down, she shrinks back to her normal self.

The next morning, the girls play board games with Grandma Ruth like she originally wanted. She doesn’t have any memory of what happened after she took the energy drink Gabby gave her. Gabby and Olivia tell her this has been one of the best visits they’ve ever had with her. But when Dina opens the door and sees the state of the house, she screams.

While all of this was going on, Principal Swift and Jeremy researched what a grandparent was and learned that they spoil grandkids. Jealous, they decide that they want grandparents and after a search, they discover that Wes’ bearded dragon had babies and he calls himself a grandparent. They ask if he will be their grandparent and he reluctantly agrees, but when they give him a purple drink, he actually turns into an old man. Wes is upset and when he throws out his back, Swift and Jeremy have to care for him. Wes goes back to normal when the drink wares off, which makes his old man’s face explode off of him.

Gabby Duran and the Unsittables returns on Friday, November 5th on Disney Channel with “Extreme Ruckus.” Here’s the episode description:

When Gabby pauses her Stay Fresh, Refresh Weekend to babysit Jeremy and his wild bestie, Ziggy, she's quickly overwhelmed by their extreme ruckus.