The ramifications of the death of Doctor Strange are being felt throughout the Marvel Universe. The loss of Earth’s Sorcerer Supreme leaves the planet vulnerable to all kinds of horrors from across the multiverse. However, it also impacts the students as the school he recently opened.

“Strange Academy Presents: The Death of Doctor Strange” gives readers a look at this ongoing crossover event from a fresh new angle. Of course the Marvel Universe is feeling shockwaves after Strange’s death, but the young magical students are also going to be affected by this loss. Some more than others. 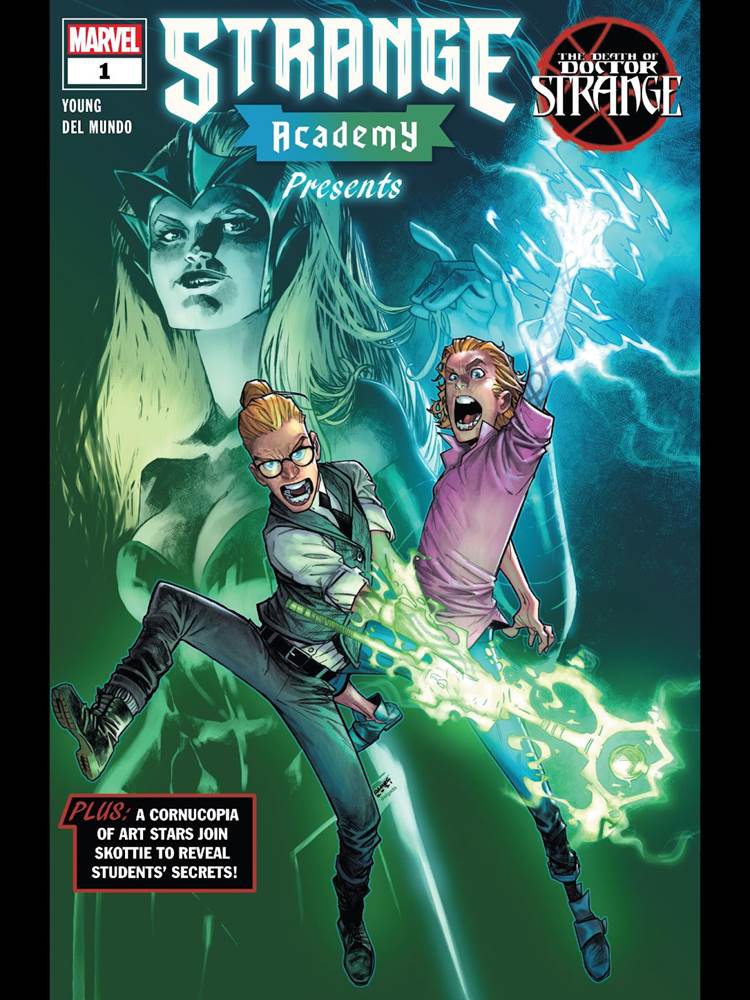 It’s no secret that the Enchantress has not always been a great mother to her two sons Iric and Alvi, but what we didn’t know is that she gave up her first born (several times) in a deal she never planned to fulfill. Luckily, Doctor Strange got her out of that deal.

But now, with the passing of the Sorcerer Supreme, much of his magic has been undone and old threats have reappeared. With a devious wizard returning to claim what was promised to him, the Enchantress is going to have to make up for lost time and save her son.

And as an added bonus, we get to see just a little bit of each of the other students we’ve gotten to know of the course of this series as they return to their homes. With the school being temporarily closed as a result of Strange’s death, it’s interesting to see where all the students go from there. “Strange Academy Presents: The Death of Doctor Strange” provides a fresh new perspective on this exciting crossover event. With the Avengers fighting on the frontlines after the arrival of all of these new threats, it’s interesting to see how other are being impacted as well. Seeing everything to the emotional reactions to the news, to the cheerful friendships surviving the returns home gives a lot of insight on these characters as we continue to watch them grow and develop.

The majority of this story is following Alvi and the Enchantress as they try to rescue Iric and that story gets very weird. Rightfully so, as most of their adventure takes place in Weirdworld. It does get a little bit difficult to follow and can be confusing, but in all the right ways. It’s Weirdworld… things should get weird. 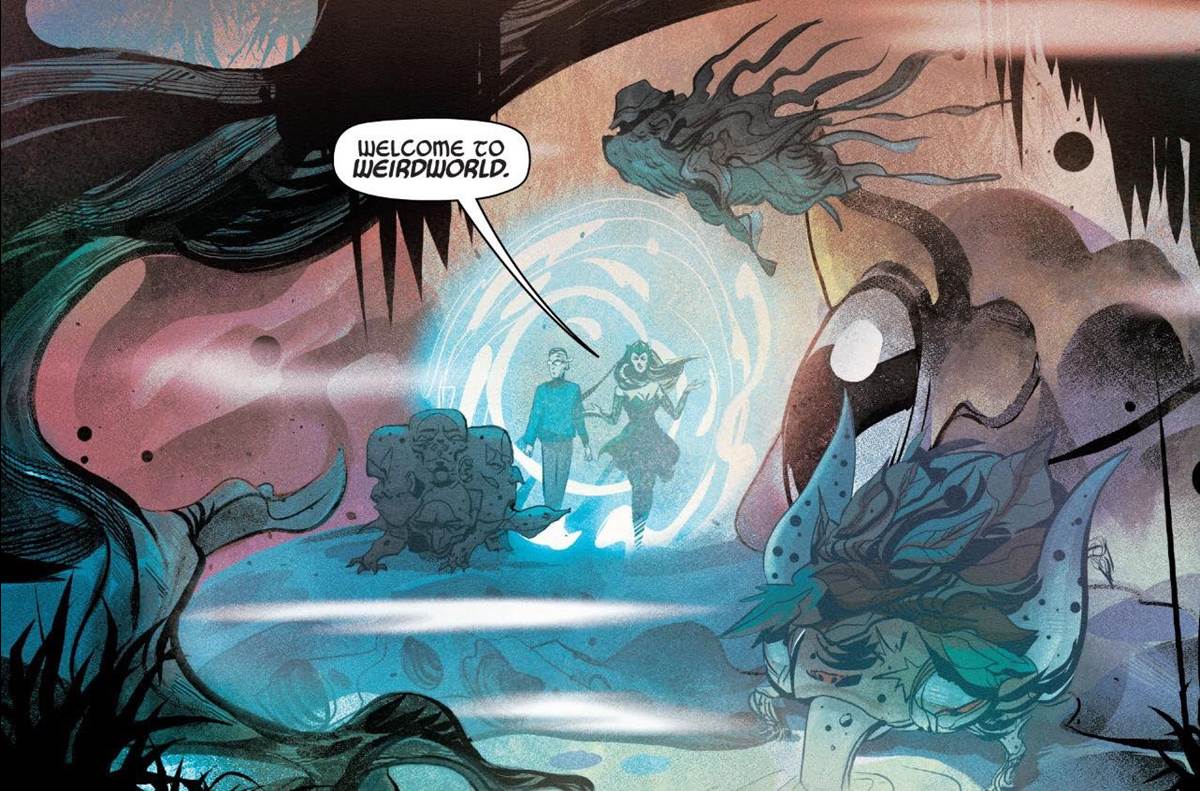 Of course, being in Weirdworld and focusing on so many magical characters, this story lends itself to some incredible artwork. Humberto Ramos provides some incredible visuals here that you are just going to want to put up on your wall. Plus, an all-star cast of artists join in to provide looks at all the other students, which means this issue offers a lot of different art styles.

And speaking of seeing those other characters at home, that might just be the best part of this issue. This could have easily been a throwaway, fan-service type of thing, but it’s absolutely not. Each page gives us some interesting and important information on a character (or characters) and possibly even sets up some plot points for the future. 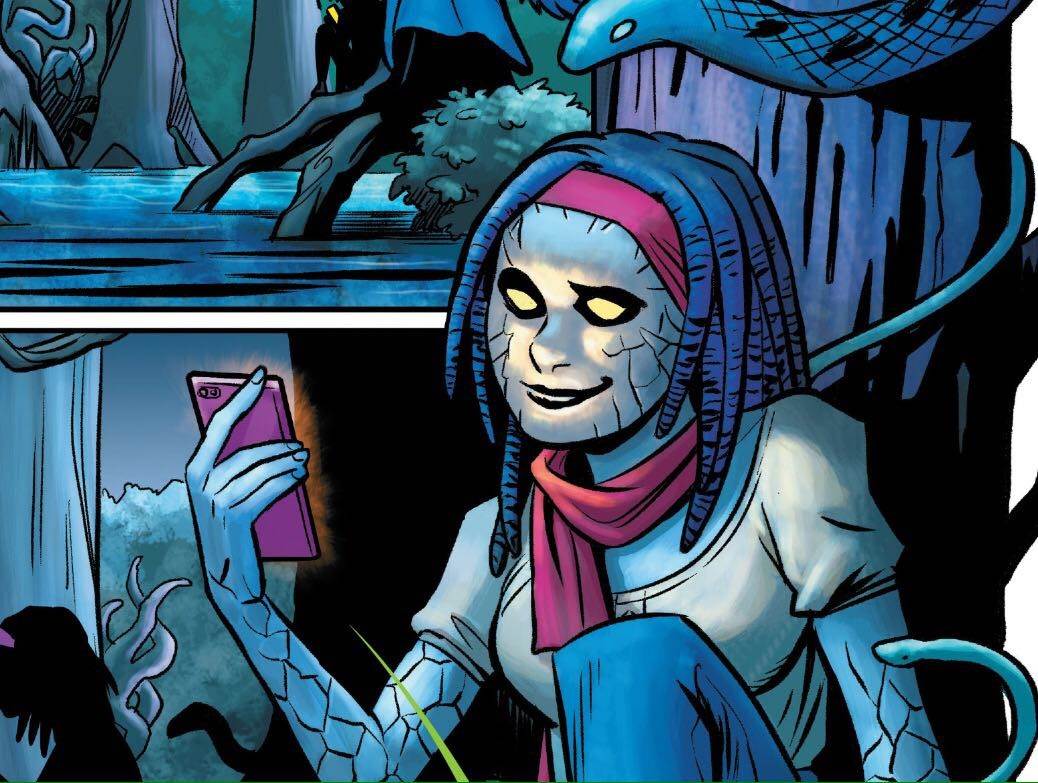 You can check out “Strange Academy Presents: The Death of Doctor Strange” now. For more on this week’s comics, check out today’s episode of Marvel Time: