In 2013, Showtime’s hit original series Dexter came to an end, leaving the vigilante serial killer as he took on a new life in Oregon. Not all fans were happy with the ending and almost ten years later, Dexter Morgan gets a new lease on life in the ten-episode limited series Dexter: New Blood. “I think the way the series proper ended has a great deal to do with why we're revisiting the show and the character,” Michael C. Hall said at the TCA Summer Press Tour. The actor returns as both star and executive producer. “The show did not end in a way that was definitive for people or gave anybody a sense of closure. We didn't hear from Dexter, he didn't say anything to us when the show ended, and I think it left audiences, if nothing else, a sense of suspended animation.” 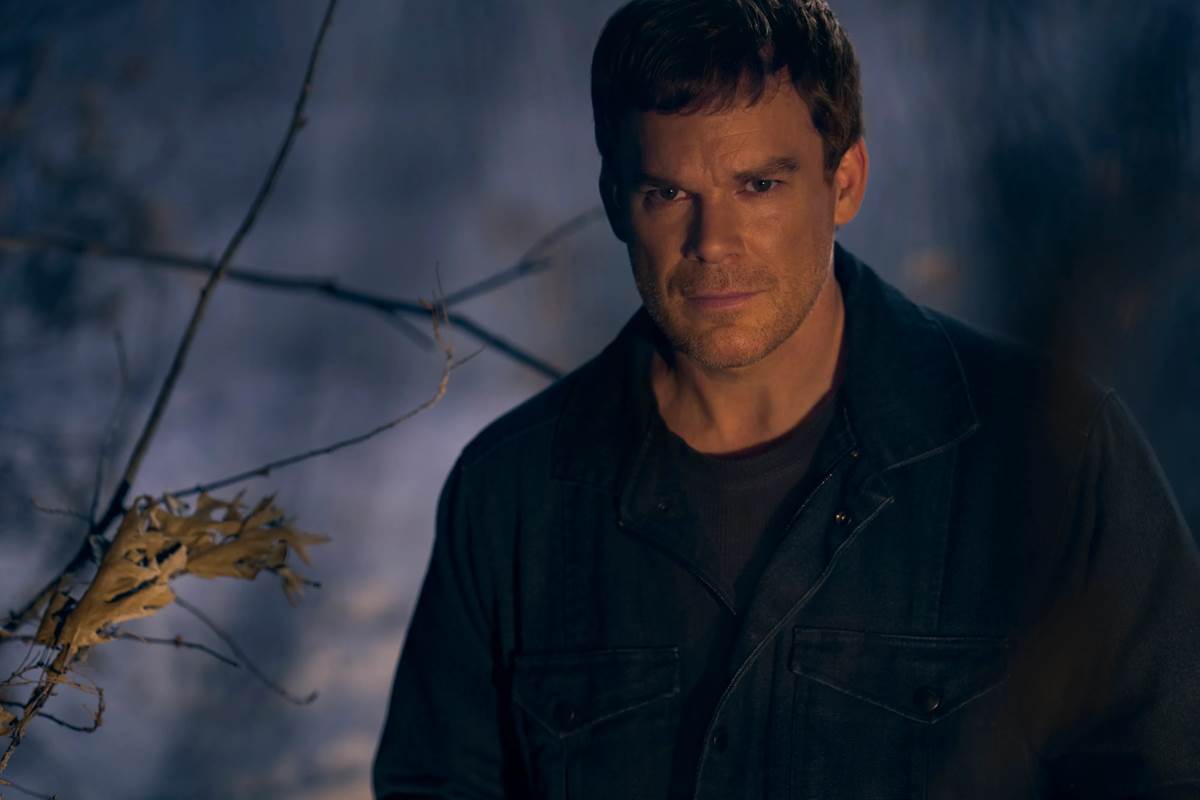 “This is not the ninth season of Dexter,” showrunner and executive producer Clyde Phillips stated. “This is a whole new embodiment of the show, a whole new imagining of the show. I keep using the word ‘new because it's New Blood. Obviously, blood has a lot to do with the show.” More than just the red life-giving substance, Clyde was also referring to the content of the new series. “The theme of the season quickly became fathers and sons. And you can't do a show about Dexter with the theme of fathers and sons without bringing back his son. Dexter had left his son when he was five years old, and the son has always thought he was dead, and then found out he was alive and has a great resentment. And Dexter has a lot of work to do to win his son back and prove that he's a good father.”

“The sins of the fathers,” director and executive producer Marcos Siega added. “How these things are sort of passed down to our kids.” Not only does the theme of Dexter: New Blood set it apart from the original series, but the art direction is also new to fans. “We really wanted to set it apart as its own movie, its own big special movie. I kind of started from a place of ‘What would the Dexter movie look like?’" the director revealed. “But we do hold on to some of the little details that I think audiences will be excited about in terms of the style and tone.”

“Of course, this is Dexter, and people are going to die, but it's a new Dexter,” Clyde Phillips shared, explaining that the new setting of small-town Iron Lake, New York offers less temptation for the title character. “He will find himself struggling with the urge, struggling with his dark passenger, struggling with the fact that he was born in blood, and finally give in to that struggle. But the whole point is to put him in this tiny town so that everybody he passes is a potential victim. He's really got to do the work to find who deserves for him to take a stab at it, as we would say.”

A hallmark of the original series was Dexter’s relationship with his sister Deb. “It was sort of unclear to me exactly what was being asked of me from the start,” actress Jennifer Carpenter shared, who reprises her role as Deb in the new series, despite the character’s death in the finale. “My work was to go to the bottom of the ocean and collect her and see if she wanted to be a witness to watching an unmedicated, decoded, unpunished, unchecked serial killer experience himself.” Jennifer describes this version of Deb as an “Echo,” appearing to Dexter in visions. “It was cosmically profound going back.”

A new character was also on the panel, Angela, played by Julia Jones. “She's definitely more than Dexter's girlfriend,” the actress shared, explaining that Angela is a mother to a 16-year-old daughter. “She's the chief of police in a small town in upstate New York, she has a lot going on. She's a very multi-faceted character. She's passionate; she's compassionate; she's strong-willed; she's flawed.”

“There's several people that are coming back and a couple who have not been announced,” Clyde Phillips teased. “It was kind of strange, we tried to keep all these secrets and they were impossible to keep in this day and age. John Lithgow wins an Emmy for Perry Mason and talks about how great it was to work with Michael, me, and Jennifer on Dexter.” The showrunner was hoping to keep Deb’s involvement in Dexter: New Blood a secret, but we still don’t know who else may be coming back. “We pretty much went through ‘What's the best for the story? What's the best for Dexter's character? What's the best for the whole season?’ And those were the people that we brought back.”

You can find out who comes back in Dexter: New Blood, premiering November 7th on Showtime.