It’s never easy to lose a loved one, but imagine how much harder that would be if the stories about their death were lies. On October 4th, 2017, that’s exactly what happened to the families of four fallen Sergeants: Bryan Black, Jeremiah Johnson, Dustin Wright, and La David Johnson. In 3212 Un-Redacted, a documentary film from ABC News, the truth is finally revealed in full detail to set the record straight. 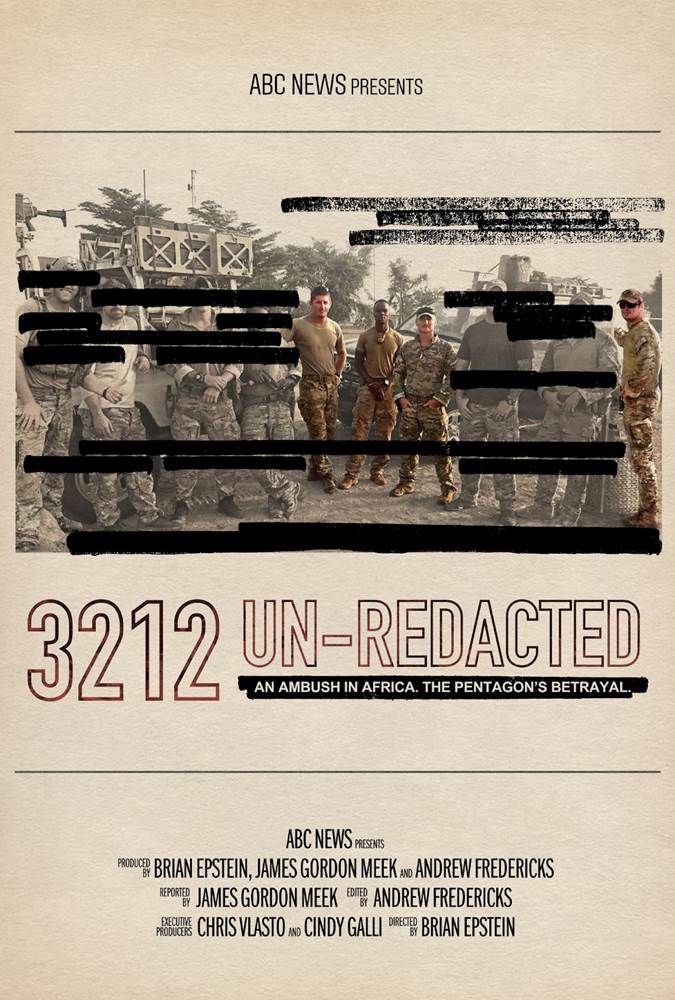 From Investigative Reporter James Gordon Meek, the film features interviews with the families and loved ones left behind. Their raw, emotional recounting of who each man was, how they found out about their deaths, and what they were told are all laid out early on in the film. The narrative widens when it becomes clear that although these men all died on the same assignment, the stories each family was given differed.

The sad truth of the situation is that these four deaths were avoidable and were covered up by high-ranking officials in the military. Adding insult to injury, the deceased were blamed in the official narrative from the Pentagon, which was full of redactions. After a three-year investigation, as the title suggests, the blanks have been filled in.

3212 Un-Redacted never loses its focus on the families left behind by the tragedy, but as the story expands, additional talking heads are brought in. These include a whistleblower from the Pentagon, the former general in charge of special operations in Africa, and the team’s own commander in Niger. It paints a full picture for viewers, the truth finally set free, while never losing the heart of the piece. Premiering on Hulu this Veteran’s Day, November 11th, 3212 Un-Redacted documents a recent tragedy, one that turns out to have been potentially avoidable. Detangling the web of lies and exposing the decision-makers responsible, it reminds us that “Absolute power corrupts absolutely” while also showcasing the bravery and heroism that the men and women in the military face every day on the job.