Dopesick is back with its penultimate episode “Black Box Warning”. Will the drug be overhauled, and safely reintroduced to the public? I doubt it. 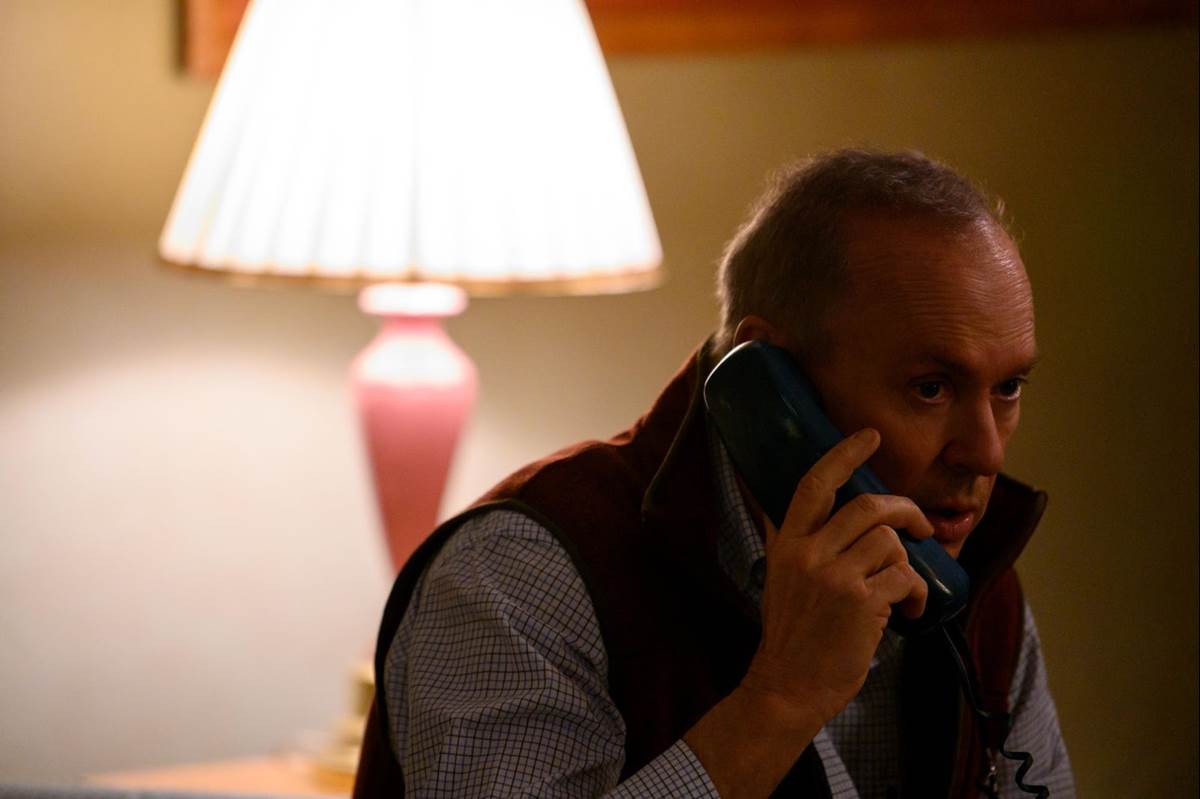 While the episode begins in 1962 with another Sackler family member testifying before Congress, the show quickly comes back to 2001 where Diane Mallum (Mare Winningham) is walking through a homeless alley looking for her daughter Betsy (Kaitlyn Dever). Diane finds Betsy in a drug induced state in a heroin den.

Dr. Finnix (Michael Keaton) is in therapy. While discussing his failures, the therapist recommends that he moves on from what he has done, and journal about something positive and not focus on the negatives of his addiction.

The Sackler family and Purdue Pharma are riding high (pun intended) off the success of OxyContin. While the family is touting their wealth with a new endowment to a museum, Richard Sackler (Michael Stuhlbarg) is wondering about the trials for the children’s version of OxyContin. Success has finally caught up with Purdue in more ways than one. At an executive meeting, Purdue learns that the FDA is reviewing the label for Oxy and may apply a black box label to the drug.

In 2006 Rick Mountcastle and Randy Ramseyer (Peter Sarsgaard and John Hoogenakker) are looking at how they can strengthen their case against Purdue. Both Rick and Randy want the executives to feel some pain for their part in the Oxy epidemic. Randy learns by questioning an FDA official that Purdue received help from a former FDA official to get the drug approved. That official was rewarded with a coveted job at Purdue.

The Mallum’s are looking for answers to Betsy’s addiction. Diane convinces Betsy to attend a local meeting where a petition to reformat OxyContin is going to be signed which will be presented to Purdue on behalf of the people. Dr. Finnix continues to attend the methadone clinic once a week. His desire to help is evident while he is in the waiting room, he helps another patient. Finnix is born to help others, and now that he is coming out of his addiction, he starts to feel like there’s a chance he could get his old life back.

Billy (Will Poulter) is in the middle of a training scenario at Purdue when he learns that his girlfriend Amber (Phillipa Soo) has been promoted to head up sales in New Orleans. She wants him to come with her, which has Billy wondering about the seriousness of their relationship.

Dr. Finnix knows that he must get off methadone if he hopes to get his medical license back. To accommodate this state requirement, Finnix begins treatment with Dr. Van Zee which if successful could help him kick his addiction to OxyContin.

Rick Mountcastle is at home pouring over files in the basement when his wife implores him to stop for the night. Rick is not about to stop. He and Randy are shoring up their case against Purdue. They have evidence of Purdue executives lying to Congress, and proof that they knew of OxyContin abuse prior to their congressional testimony. Things are looking bleak for Purdue. In 2001, the FDA is about to act on Oxy. They make a label change for the infamous drug with an added black box warning, which could lead to a decline in sales for Purdue. 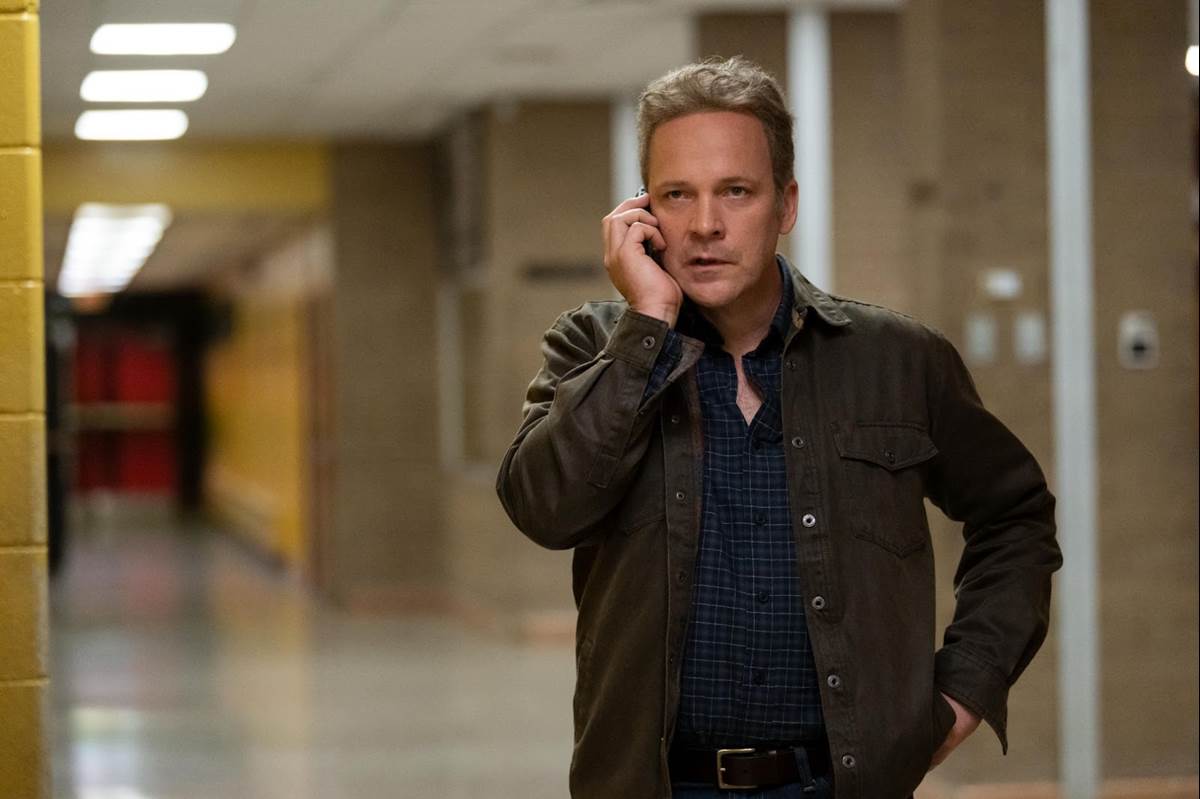 Dr. Finnix is feeling better than he ever has. Calling Betsy Mallum, Finnix explains the new treatment that he is undergoing and offers to drive and pay for the treatment for Betsy. Despite disapproval from her priest, Betsy wants to try the new treatment. Her mother Diane approves and goes a step further to reconcile with her daughter. Diane apologizes for how she treated Betsy when she came out. All Diane wants is for her daughter to be happy and healthy.

The hammer has come down for Purdue, sort of. While the FDA has ordered a black box labelling for OxyContin, they will allow Purdue to say that doctors can prescribe the drug for an extended period for patient use. While Richard Sackler and the other Purdue executives are celebrating this win, Billy is skeptical about the new label.

Billy has grown disillusioned with Purdue and the ‘facts’ they use to support the prescribing of OxyContin. Taking an unusual step, Billy steals multiple sales videos from his manager's office and leaves.

Bridget Meyer (Rosario Dawson) is about to see a resolution to her investigation of Purdue and OxyContin. Despite ample proof that Oxy is dangerous, the FDA sides with Purdue and doesn’t see the dangers that Meyer and her team have uncovered. Years of investigative work are now over for Meyer.

US Attorney John Brownlee (Jake McDorman) is geared up to indict officials from Purdue. The work that Rick and Randy have done is more than enough to convince Brownlee to indict, and despite little to no support from the main Justice Department, Brownlee is adamant that justice must be done.

Betsy Mallum is hopeful about a second act in life. She reaches out to her former girlfriend Grace (Cleopatra Coleman). Explaining that she is going to get clean, and wondering about a possible restart to their relationship, Grace unintentionally ends the joy for Betsy. Grace has moved on, and this sets Betsy off in a dangerous spiral. Seeking escape, Betsy falls back into the drug world, getting high and drifting off on a dirty mattress in a lonely room.

There is no coming back for Betsy. A police officer arrives at the Mallum home the next day to inform Diane that Betsy has died. At the same time, Dr. Finnix is waiting for Betsy to arrive for her first treatment with Dr. Van Zee. Calling the Mallum home, Finnix is crushed to learn that she has died. 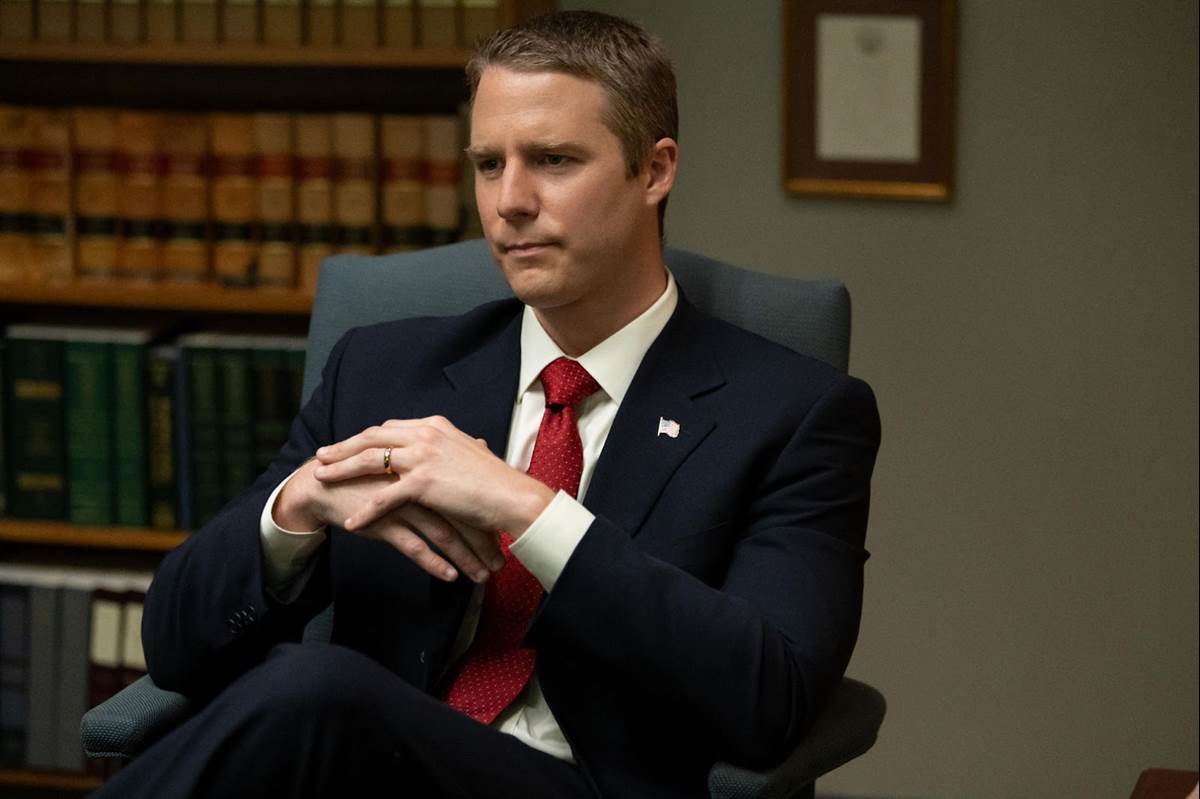 Betsy dies. The arc for Kaitlyn Dever’s character is filled with sorrow, and what makes this so upsetting is that it looked like Betsy had found a light at the end of her addiction. Sadly, it wasn’t meant to be. It’s hard to process how upsetting her death is. It’s expected, but the scream that Mare Winningham lets out after learning the news can be seen as a collective scream for everyone who suffered because of OxyContin. There is nothing to be done now for Betsy Mallum.