Once again, SeaWorld Orlando is celebrating the holidays with the SeaWorld Christmas Celebration and once again, they’ve proven they have the best Christmas festivities in Central Florida. 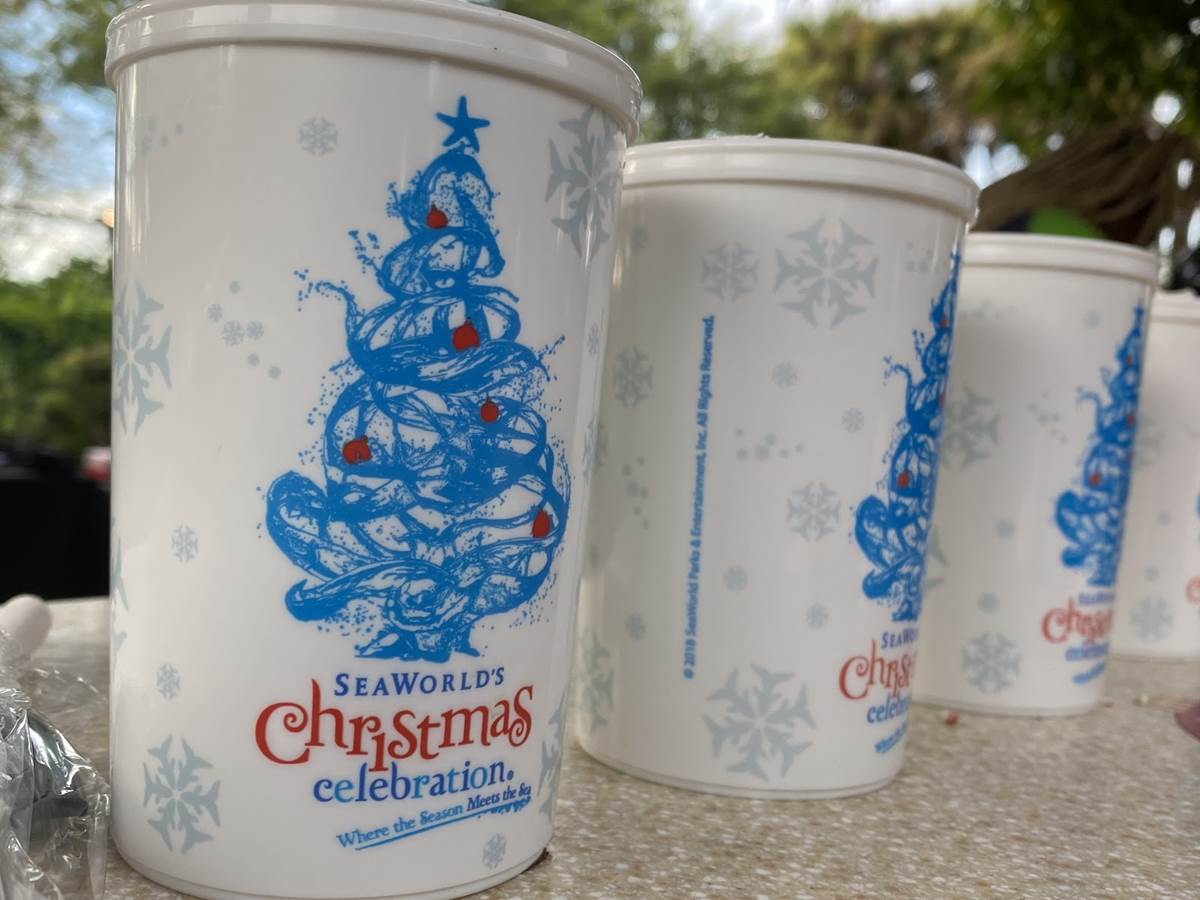 Started on November 12th and running select dates through January 2nd, 2022, SeaWorld Orlando’s Christmas Celebration takes over the park in the evenings, included with park admission, and turns the whole park into a festive wonderland of sights, sounds, treats, goodies, and some of great holiday entertainment. Rudolph the Red Nosed Reindeer and his friends also return this year with their own special meet and greet area off of the Bayside Walkway, where many of the event’s festivities take place.

Entertainment reigns during the Christmas Celebration, with Winter Wonderland on Ice taking place nightly at the Bayside Stadium, with wonderful fountains serving as the backdrop to the lively show. The skaters are highly skilled and perform great stunts and wonderful tricks throughout, with each routine set to a classic Christmas tune. While everyone is seated waiting for the show to begin, a violinist entertains the crowd while playing holiday favorites beautifully. The whole show builds up and concludes with Holiday Reflections serving as a firework and fountain filled finale to the event. Winter Wonderland on Ice can be seen from Bayside Stadium, and guests are welcome to stay in this area for the fireworks, but they can also be seen from around the park, with Spice Mill Patio, The Waterfront, Orca Encounter Walkway, The Bayside Pathway, and Wild Arctic Plaza are all noted as excellent viewing areas as well. Winter Wonderland on Ice takes place in the evenings, but during the day, guests are allowed to use the ice rink for an additional charge. All equipment is provided during this experience, as Ice Skates and such are not allowed to be brought into the park.

Sesame Street Land also gets in on the Christmas fun, with the return of the Sesame Street Christmas Parade rolling through the area in the evening. This parade is high energy and surprisingly fun for everyone, not just the little kids who dot the curbside waiting to see favorite characters like Elmo, Big Bird, The Count, Cookie Monster, Bert and Ernie and all the others. Similar to the regular parade featured in the area, parade floats roll out and park for a show-stopping 10 minute dance party before rolling away, but this time, the songs are Holiday favorites performed by all of our fuzzy friends.

While not in Sesame Street Land proper, Elmo’s Christmas Wish has also returned to the park for the Christmas Celebration, playing daily in the Seaport Theater. In the show, families get to sing along as they help Cookie Monster, Rosita, Grover, and Zoe help Elmo find his Christmas wish!

Guests can also meet Rudolph the Red Nosed Reindeer and his friends in a specially themed area off of the Bayside pathway, themed to a storybook with audio-playing displays where guests encounter Rudolph, Sam, and Bumble for photos and fun. Over in Wild Arctic, guests can also meet the big guy himself as they navigate a forest of Christmas trees that leads up to Santa. Notably absent this year though, is the traditional Shamu holiday show as well as a nativity show that took place with real animals at the Nautilus theater. In its place at the Nautilus theater though, is the Sounds of the Season concert series, which will play host to different musicians and groups throughout the season. While we were there, Darlene Love took the stage, who you might recognize (at least in terms of Holiday hits) as the singer of “All Alone on Christmas” as featured in Home Alone 2 and Love Actually, but more likely for “Christmas (Baby Please Come Home).

According to SeaWorld’s official website, most of this concert series is still To Be Announced, so be sure to check here to see who will be performing when you visit. 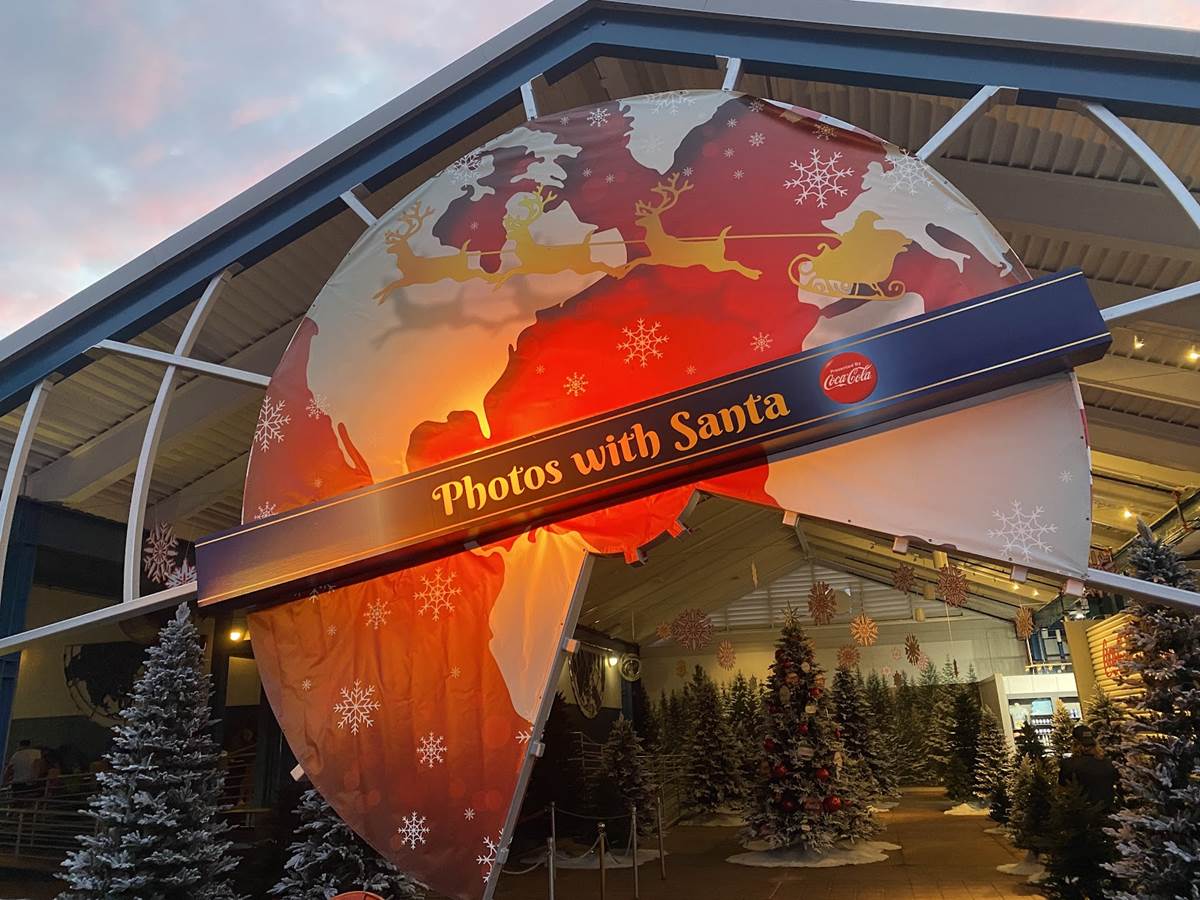 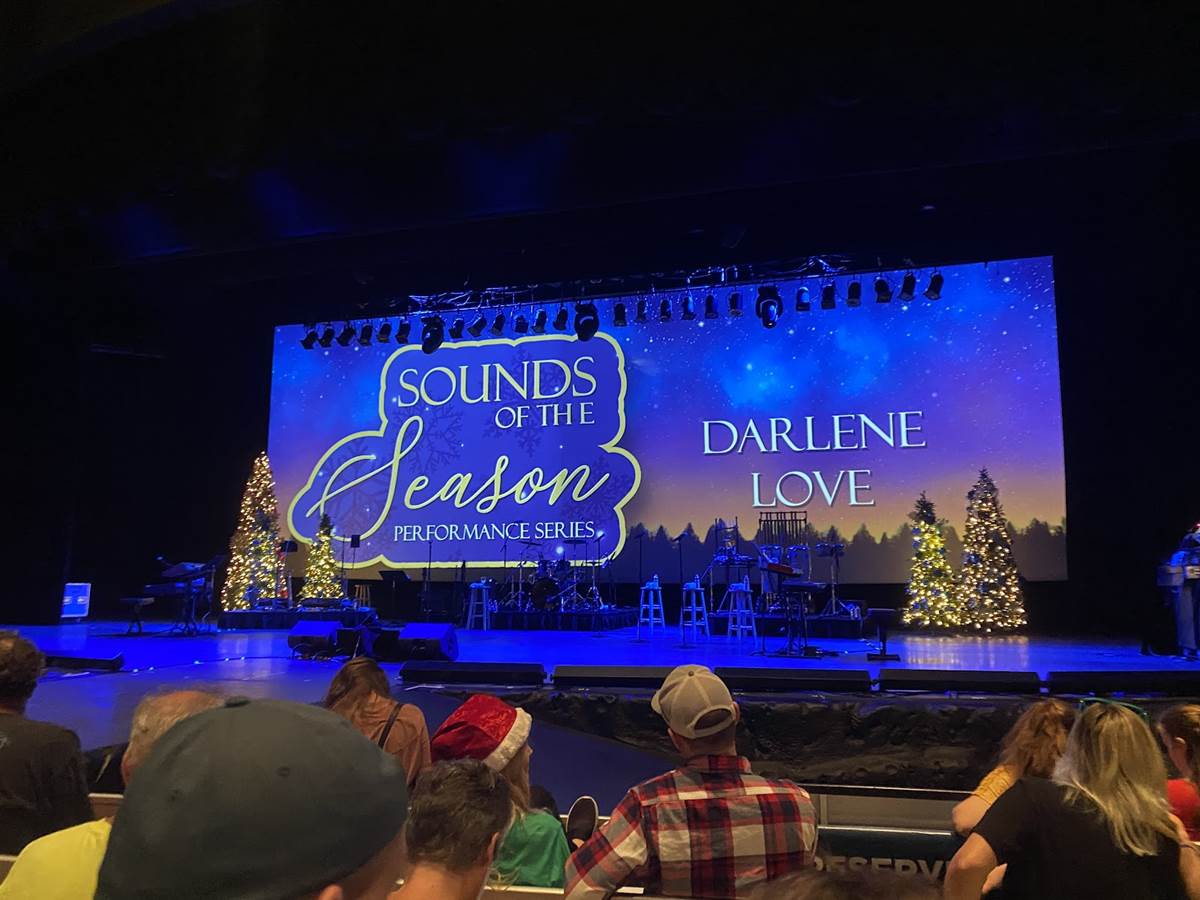 Easily the most charming event takes place on SeaWorld’s Waterfront, where snow falls multiple times nightly. While we have seen this before numerous times around other parks, and even residences in some neighborhoods, the soundtrack alone makes this a true delight and highlight of the event.

I remember visiting this event long ago when specialty cocoa was the dining highlight, and it still is, but now the Christmas Celebration menu has expanded, taking over specialty carts and booths not just along Bayside Pathway but throughout the entire park. “Totchos” are sure to be a hit, but we liked the traditional Christmas platter that can be found near Sharks, as well as their specialty Mac and Cheese options, like the Bacon and Bleu Cheese at the same location. Guests can also get a tasting lanyard, so they can try all these options, as well as the delicious “Sliders the Sleigh” choices, like the delicious new Pork Belly slider at this location near Infinity Falls. There are more than 40 special dishes this year, and the tasting lanyards come in a 5 tastings or 10 tastings options, which are even greater options for Annual Passholders as they can be used throughout the event’s duration until January 2nd. Also, I’ve preached the greatness of the names of some of the rafts found on Infinity Falls, but whoever wrote those must have contributed to the names of the food booths this year, as they are equally fantastic. 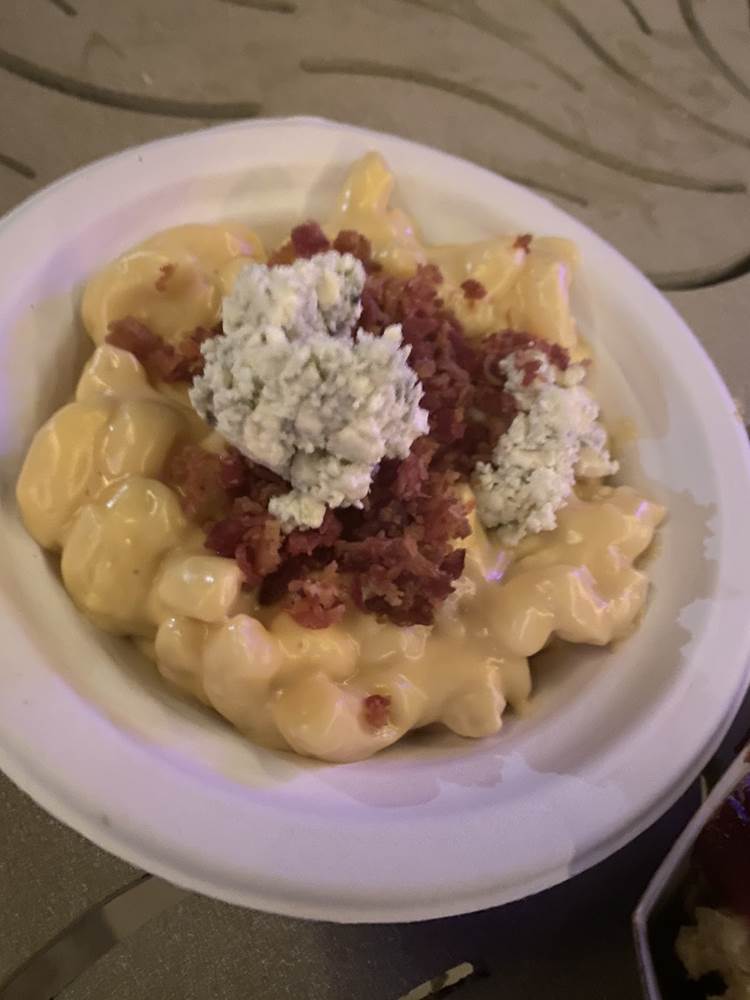 Guests will also have to plan on running into multiple gift locations, with stands throughout the Bayside Pathway, a slew of Rudolph-branded merchandise at the exit to their meet and greet area, and the basic transformation of the store at the exit of Wild Arctic into a holiday hub. One of the favorite things we spotted were ornaments that showcased various family dynamics, whether it be more than two kids, or even single parents. 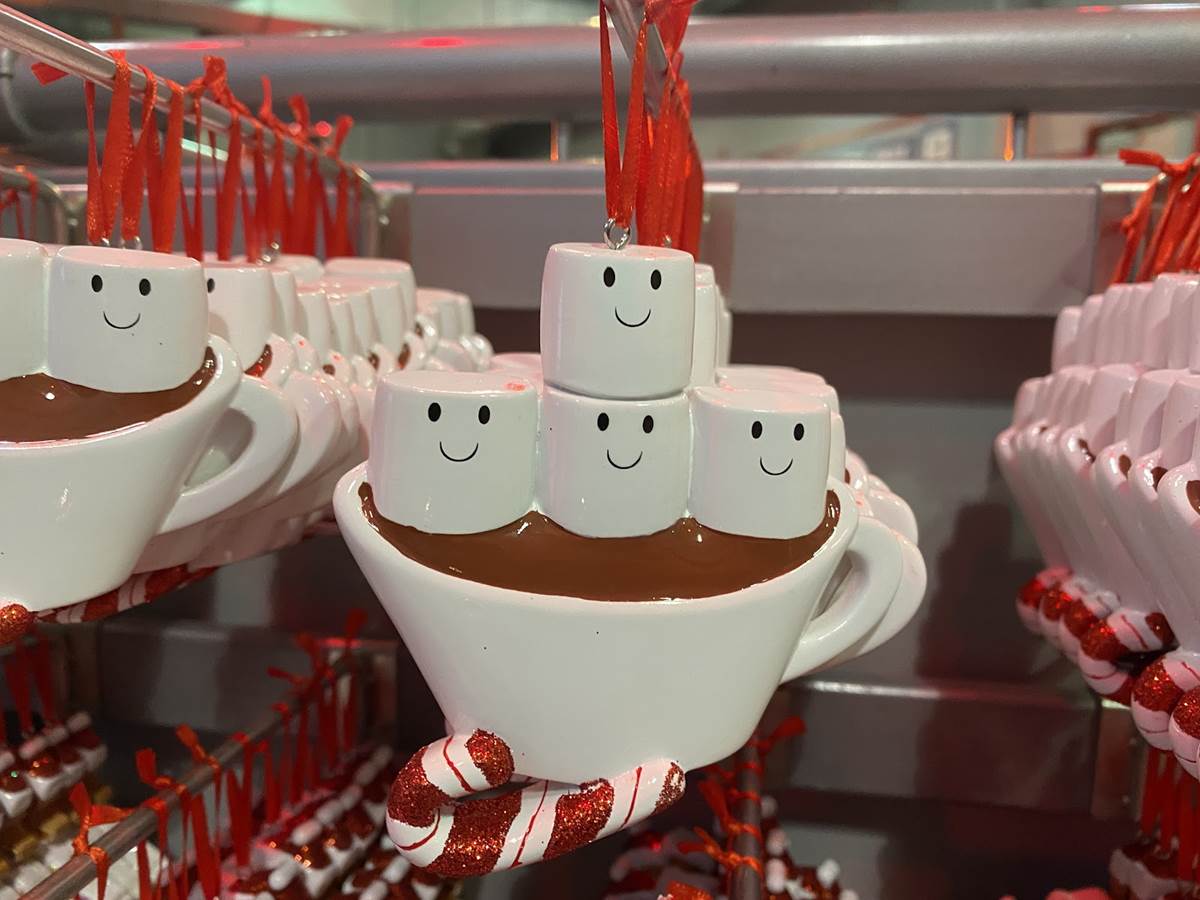 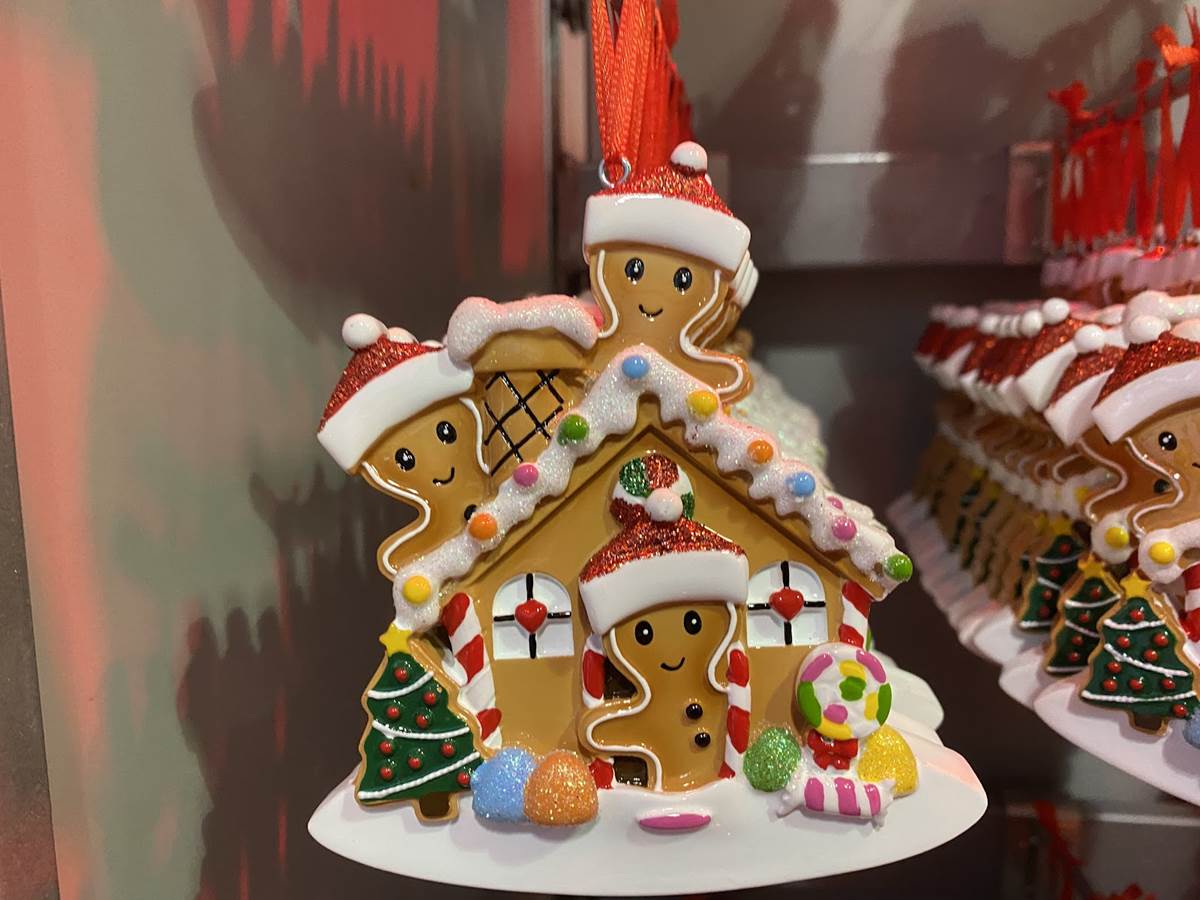 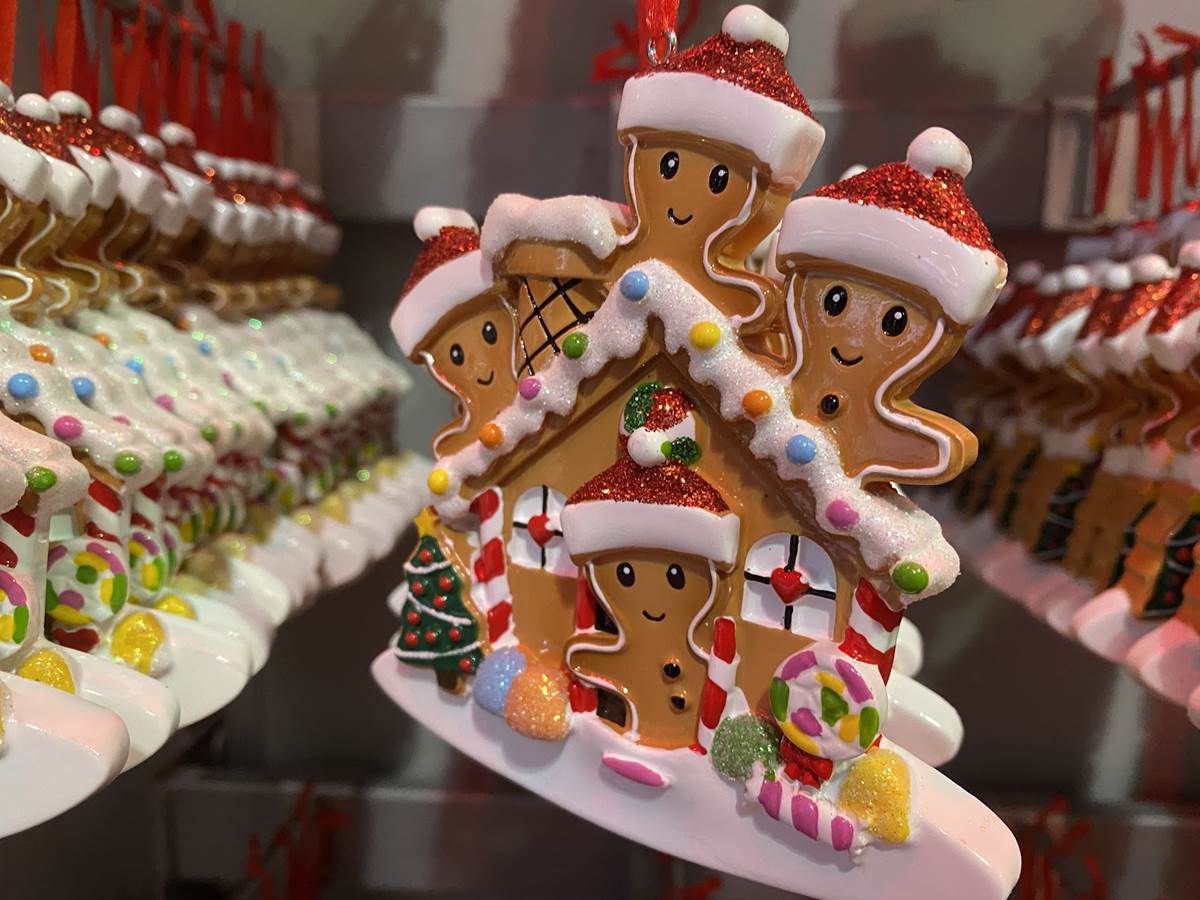 The delicious goodies, the embrace of tradition, and the simple charm of the entertainment scattered throughout truly make SeaWorld Orlando’s Christmas Celebration the go to destination for holiday fun in the area, and unlike other offerings in town, it’s all included with admission to the park.