Recorded sound was still relatively new when Walt Disney first synchronized it to the first Mickey Mouse short released, Steamboat Willie. Patented in 1877 by Thomas Edison, recorded sound was just 63-years-old when the concert feature Fantasia was released. For context, the film turned 80 last year. I mention this because this week’s new episode of Overheard at National Geographic is about some of the first musical sounds mankind may have ever heard. Here is a recap of the fourth episode of season eight, “Ancient Orchestra.” 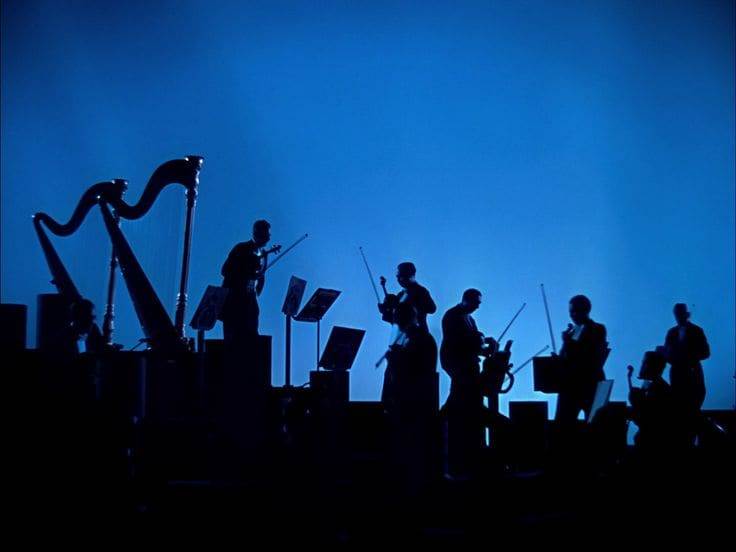 Host Amy Briggs is joined by podcast producer Brian Gutierrez, who is setting out on an ambitious audiophile’s dream. He’s assembling sounds from the oldest instruments found by archeologists in an effort to create a song with them that spans tens of thousands of years. The dream is realized by the end of the episode, so this is definitely one worth listening to.

An artifact from ancient Greece called the Stone of Seikilos contains a song, but it wasn’t written in modern musical notes. It’s considered the oldest piece of sheet music in existence and using a replica lyre similar to the ones made of tortoiseshell of the time, Brain was able to have it played. The lyrics include a very relatable theme to anyone who has ever lived: the brevity of life.

An archeological find from the Bronze Age in China known as the tomb of the Marquis Yi of Zeng featured a full orchestra from the era, including 65 bronze bells that included notches on them that denote where to hit with a mallet to reveal a different tone. They’re more oval than modern bells and are in the Smithsonian’s collection. These instruments date back to 433 B.C.

Around that same time in Peru, a series of temples known as Chavin where underground tunnels lead to galleries that seem to have been designed to distort noises and make them sound closer than they are. During the archeological dig, twenty complete conch shell trumpets cut specifically to make sounds were uncovered, along with many broken ones. The tones produced by the conch trumpets also match the frequency range of a duct discovered in the underground chambers.

In the Serengeti, wildlife cameraman Jahawi Bertolli was on a shoot when his crew found a unique rock that one of them recognized as an ancient gong. Archeologists believe these types of rocks, which are about four-feet in diameter and weigh around two tons, were used by ancient people to create sounds. In fact, the Hadza tribe living in the area doesn’t use them, but oral history tells of a tribe that predates them that played them. Rock gongs were also discovered in the tomb of the Marquis Yi.

The oldest man-made instrument ever discovered is made from the bone of a vulture and played like a flute. It was found in a cave in southern Germany and is dated to 40,000 years old. It’s from a time when Neanderthals and wooly mammoths still roamed the earth.

With the recorded sounds from the ancient flute, conch, rock gong, bells, and lyre, Brian Gutierrez uses modern digital music production to create a song. As he explains in the episode, we don’t know if these instruments were necessarily intended for music or just to make amplified sounds, but he also took an unconventional approach to making a song, avoiding western music conventions and adding polyrhythms. You can listen to it as the finale of the episode.