TV Recap: “Any Given Sunday Brunch” is the Emotional Season 3 Finale of “Sydney to the Max”

Season three of Sydney to the Max came to an end today with “Any Given Sunday Brunch.” Disney Channel hasn’t yet renewed the series for a fourth season and the way this episode ends feels like it could be an intentional series finale. It’s full of a few tears, but also a lot of love and joy. Enjoy what may be the final recap of Sydney to the Max. 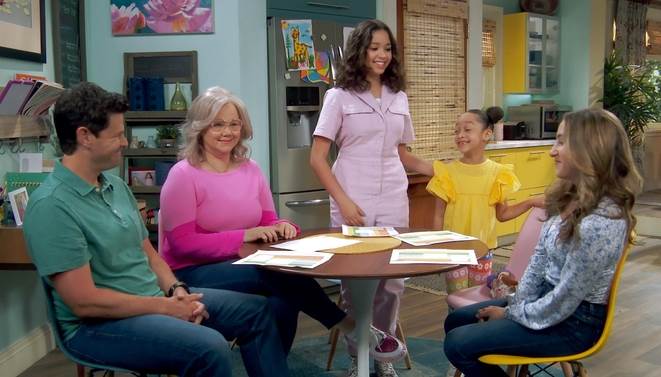 The Reynolds family gets home stuffed from an after-church brunch. Lexi is going home to Savannah soon and Sydney gets the idea for them to host a brunch before she leaves. Olive rushes over to help with the planning meeting and assignments are divided up, with Lexi and Max assigned to make the food. Judy pulls up the church calendar and notices that another member of the church, Lydia Robinson, is also hosting a brunch on the same Sunday. All of the other Sundays before Lexi goes home are also reserved, so Sydney decides to ask Lydia to reschedule her brunch.

Lydia has been invited to Reynold’s Rides and Sydney shows her a picture of her adorable sister-cousin in an effort to convince he to reschedule her brunch. But it turns out she has two adorable nephews in town, which is why she wanted to host brunch on the same day. They also learn that they’ve both already purchased groceries and rented tables and chairs. “I’m sorry sweetie, it looks like we’re just going to have to have two brunches,” Lydia tells Sydney.

When Sydney tells Lexi that there will be two brunches, Lexi says that whichever brunch the pastor goes to is the one the rest of the congregation will go to. The next day, they meet with Pastor Moore and Lexi convinces her to come to their brunch with a promise of her mom’s homemade peach cobbler.

It’s the day before the brunch and Max and Lexi have finished all the cooking, resting on the couch. Sydney admits that she feels bad about going behind Lydia’s back to invite Pastor Moore to their brunch, but when they hear a crash in the kitchen, they discover that Lexi’s miniature horse Winston got into the kitchen and knocked over the table full of food. Olive suggests that Sydney call Lydia to see if she can still host her brunch and Sydney video calls her. But instead of accepting that offer, Lydia tells her she will bring over all her groceries and help them cook.

Sydney thanks Lydia for all of her help and she tells Sydney that the church community is about people coming together. When Max goes to put a casserole in the oven, he finds it’s already full of food and they realize they won’t be able to bake everything in time. Lydia comes through again, calling Sister Shonda, who lives near the Reynolds’, to ask to use her oven. Sydney pulls out the church director and makes a few other calls, too.

Service is over and everyone arrives for brunch in the Reynold’s backyard. With everyone’s help, the brunch has come together nicely and Judy beams with pride, tears coming to her eyes. She and Max get sentimental and he brings up the wonderful memories they’ve all made in the backyard, listing off that it’s where he met Alicia and it’s where Sydney met Olive. “When I bought this house, I never dreamed that 3 generations would be passing through it,” Judy says. Pastor Moore takes a family photo of the three of them plus Olive and they all start to cry. Lexi breaks up the tear fest by starting a dance party at the brunch. 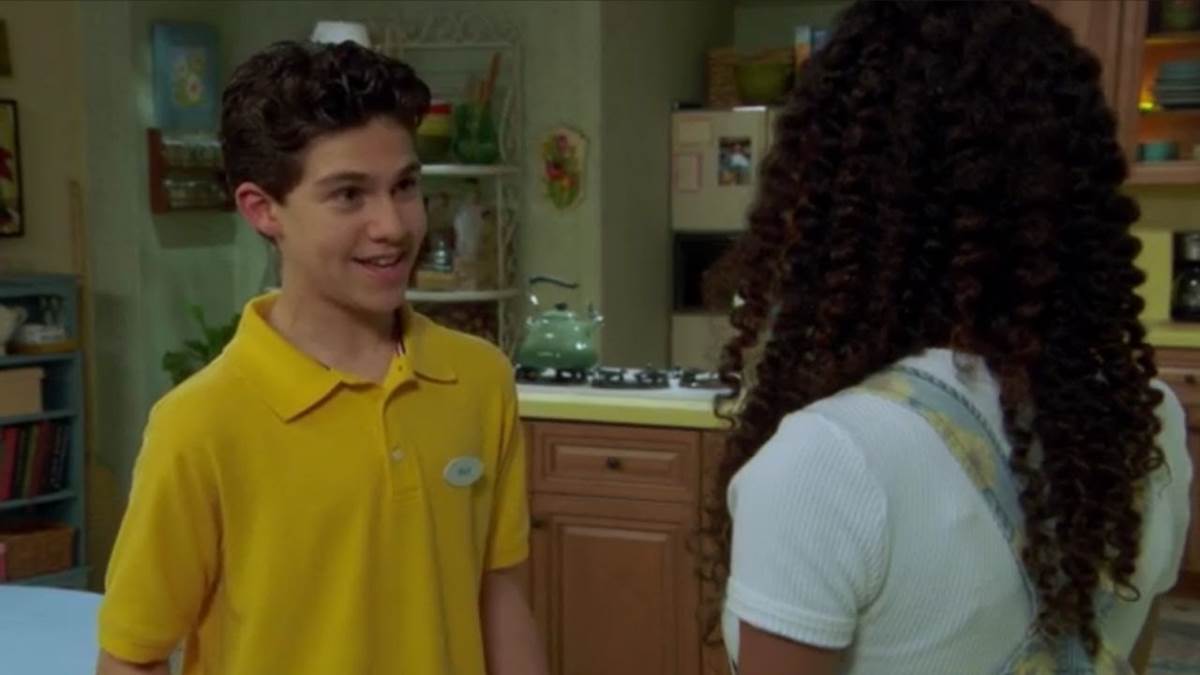 Max is working at the arcade playing a handheld video game when Leo asks him why he isn’t playing an actual arcade game. Alisha comes in with her sister Essence frustrated because her mom is making her watch her sister while she works. She asks if Max and Leo can watch her instead since they would be two-against-one and Max agrees on Leo’s behalf. Leo is frustrated and tells Max that he needs to just tell Alicia that he likes her so he doesn’t have to be put in these situations anymore. Essence gets a page from her mom and Max worries that she heard what Leo said. She has to go to the food court to meet her mom and when Leo asks if she heard anything she says “Just that Max has a crush on my sister.”

Max rushes to Alicia’s house to beg Essence not to tell her sister about his crush, bribing her with a candy bar. She tells him it will cost him more and asks for his handheld game, which he reluctantly gives her. But when Max gets back to the arcade and tells Leo what he did, his best friend tells her that Essence is the worst at keeping secrets so he lost his video game for nothing. Judy comes into the arcade after shopping at a shoe sale in the mall and Max begs her to take him to Alicia’s house so he can tell Alicia he likes her before Essence spills the beans. Leo gives Max his lucky quarter for good luck.

Essence answers the door for Max and tells him Alicia isn’t home yet. He tells her that he wants to be the one to tell Alicia he likes her and asks Essence to let him tell her first, but he doesn’t realize that he just did. While he was talking, Alicia entered the open door. “You have a crush on me?”, she asks. Max goes to Alicia and she tells him she has a crush on him too, but didn’t say anything because she wasn’t sure if he felt the same way. They hug and Alicia kisses Max on the cheek.

That’s a wrap on season three of Sydney to the Max and possibly the series as a whole. Time will tell if the Reynold’s family will be back, but for Max, we know what the future holds and we can imagine that life has great things in store for Sydney, too.

Ranked: The Top 10 Extinct Attractions at Universal Orlando
TV Recap: “Queens” Sees the Girls Adjusting to a Member’s Absence in “Bars”
This Friday’s “20/20” to Focus on the Tragic Murder of Molly Watson
Why I’m Restlessly Waiting for The Conclusion of Season 2 of Disney Channel’s “The Owl House”
“Jimmy Kimmel Live” Guest List: Jim Gaffigan, Peter Dinklage and More to Appear Week of January 10th