Last night, I was able to drop into California’s Great America in Santa Clara, California for their annual WinterFest holiday event, and I thought I’d share a few pictures of what the event entails. For those of you unaware, California’s Great America is part of the Cedar Fair chain of parks, who also operate Knott’s Berry Farm, Kings Island and Cedar Point, among others. The park was originally built by Marriott in 1976, and went through various different owners, before being sold to Cedar Fair in 2006. Cedar Fair has since put some good investments into the park, including completely re-doing their water park this year, along with two world class roller coasters, Gold Striker and RailBlazer.

But we’re here mainly to look at the decorations for WinterFest, the park’s annual holiday event! The centerpiece and main icon for the park is the Carousel Columbia, a beautiful double-decker carousel. For WinterFest, an ice-skating rink is actually put over the fountains in front of the carousel, where all guests can skate for an added fee. 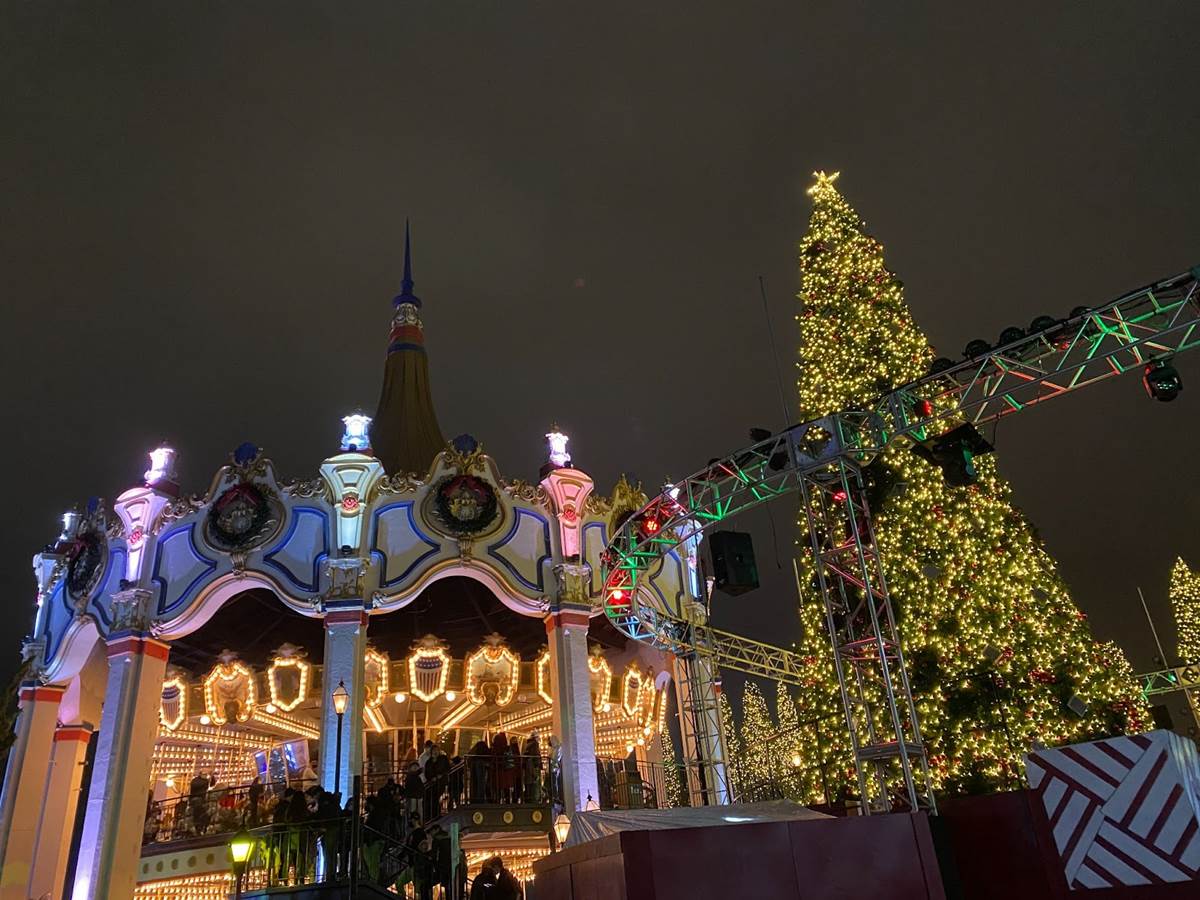 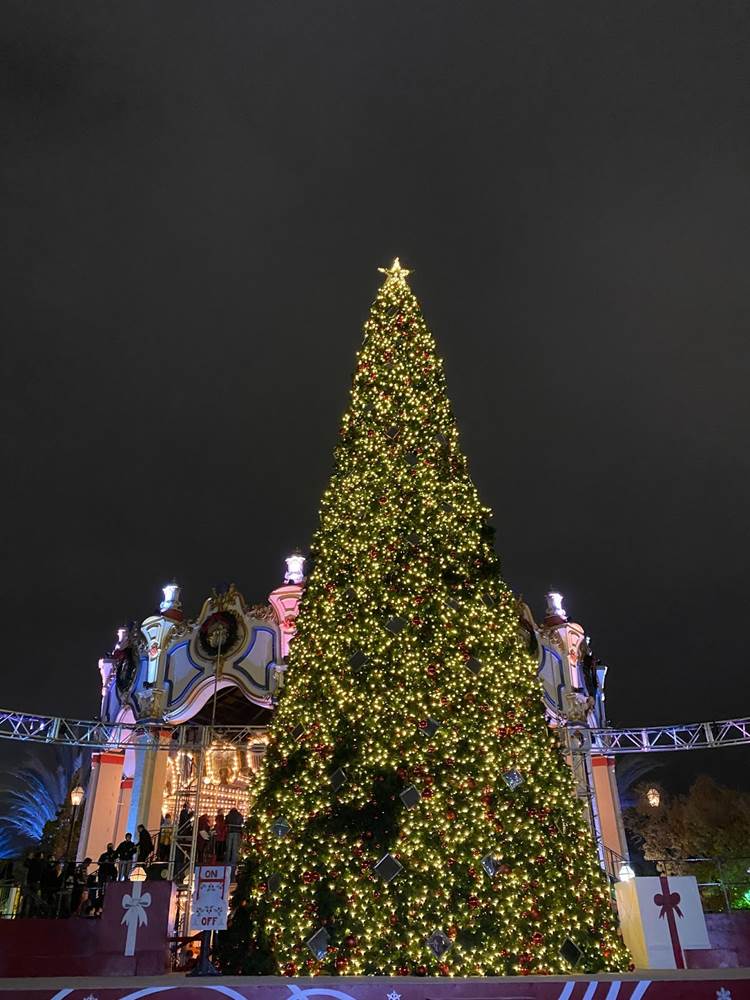 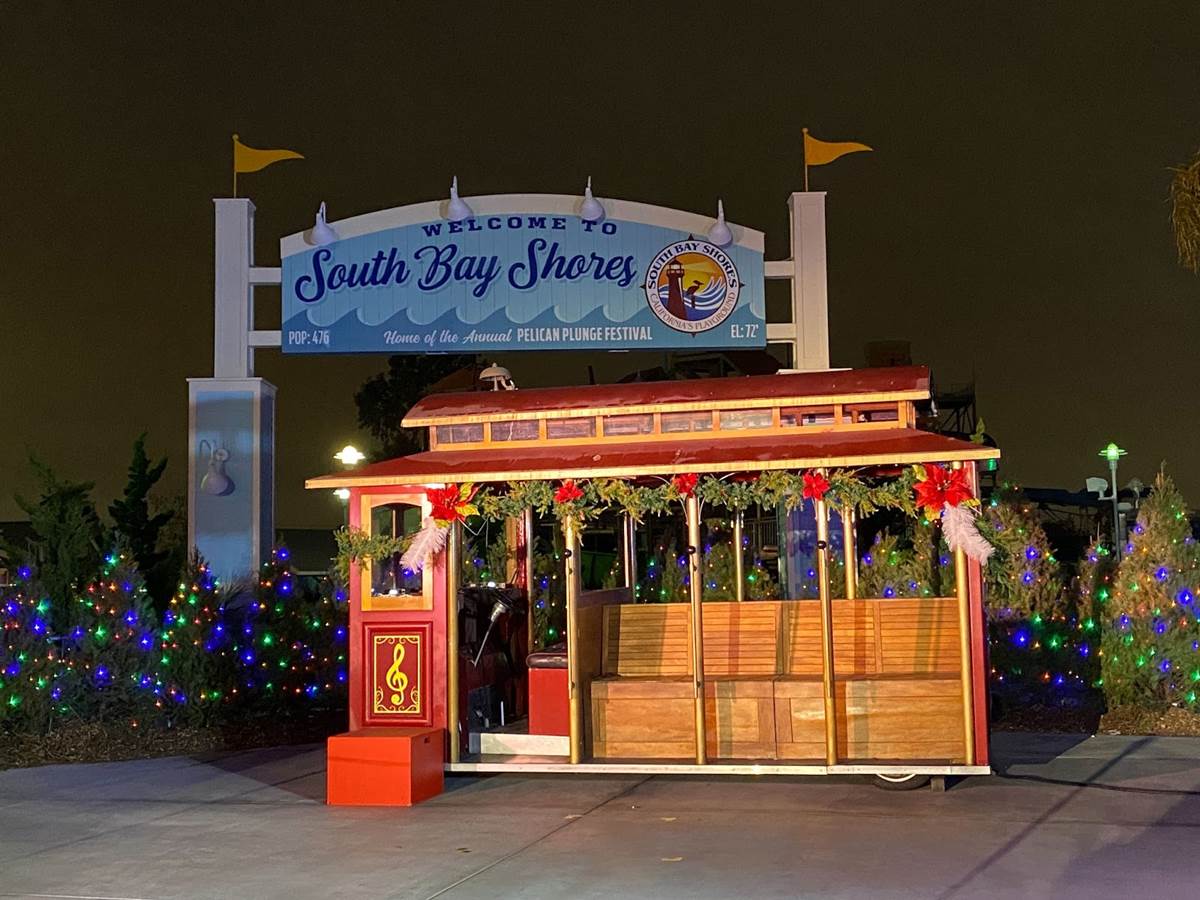 Another performance location is this fun trolley, parked in front of the closed entrance to the new South Bay Shores water park. Decorations and lights can literally be found anywhere you look. It was one of the most complete Christmas light displays I’ve ever seen in a theme park. The Orleans Place area of the park was probably my favorite. Think of it as New Orleans Square, without a lot of the intricate details. The entire area was covered in dancing lights, set to some high-energy Christmas songs. The park’s newest coaster is RailBlazer, which opened back in 2018. This Rocky Mountain Construction Raptor coaster is as crazy as it looks, as the single rail profiling of the track really allows for faster and tighter maneuvers. Sadly, the ride was closed for technical difficulties during my visit. 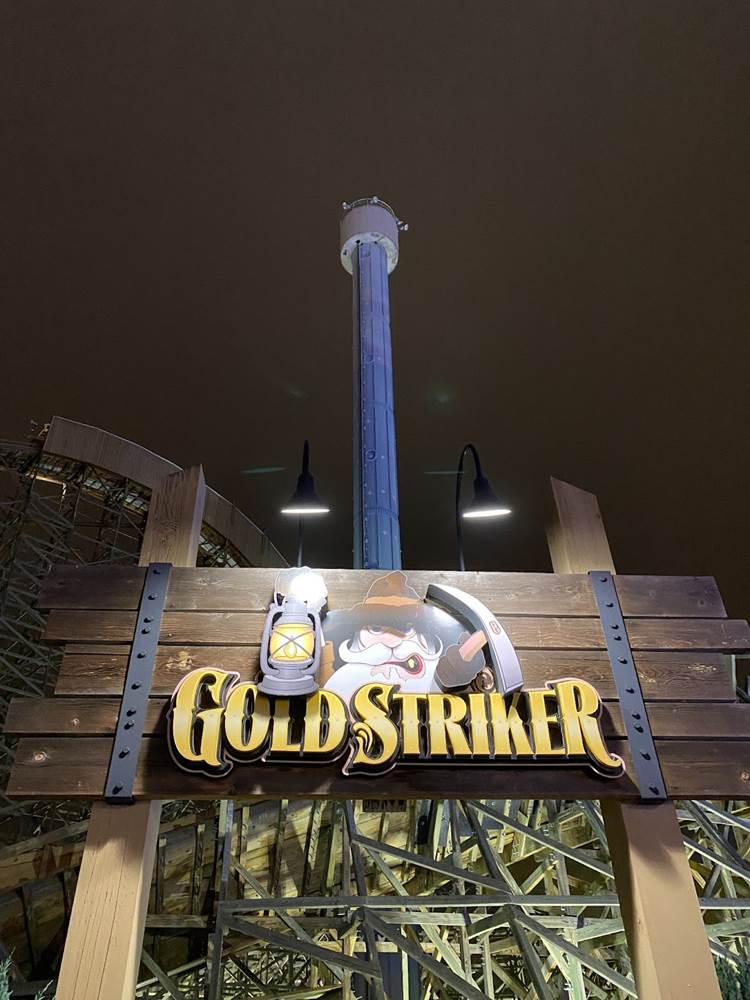 I did get to ride the park’s other excellent coaster, Gold Striker. The first major coaster added to California’s Great America following Cedar Fair’s purchase of the park opened in 2013, is an intense, whippy wooden coaster that really never lets up.

While I didn’t get as much of a chance to experience everything the event has to offer as I would have liked, it was still an impressive event with a lot to see and do.

For more information on what WinterFest at California’s Great America has to offer, check out their official website. The event runs on select dates through January 9, 2022.