Our friends at Entertainment Earth were kind enough to share a sample of some exciting new Funko products coming in January, which could make a perfect holiday gift for the Disney fan in your life who has everything. Inside a surprise box was a new wave of Funko Pop! Vinyl figures themed to Pixar’s Oscar-winning film WALL-E, which also happens to be my personal favorite. We were also sent six of the popular Funko Soda figures, which sometimes reveal a rare chaser. In this post, we’ll go through the details of each figure and you can also scroll to the bottom for the full unboxing video. 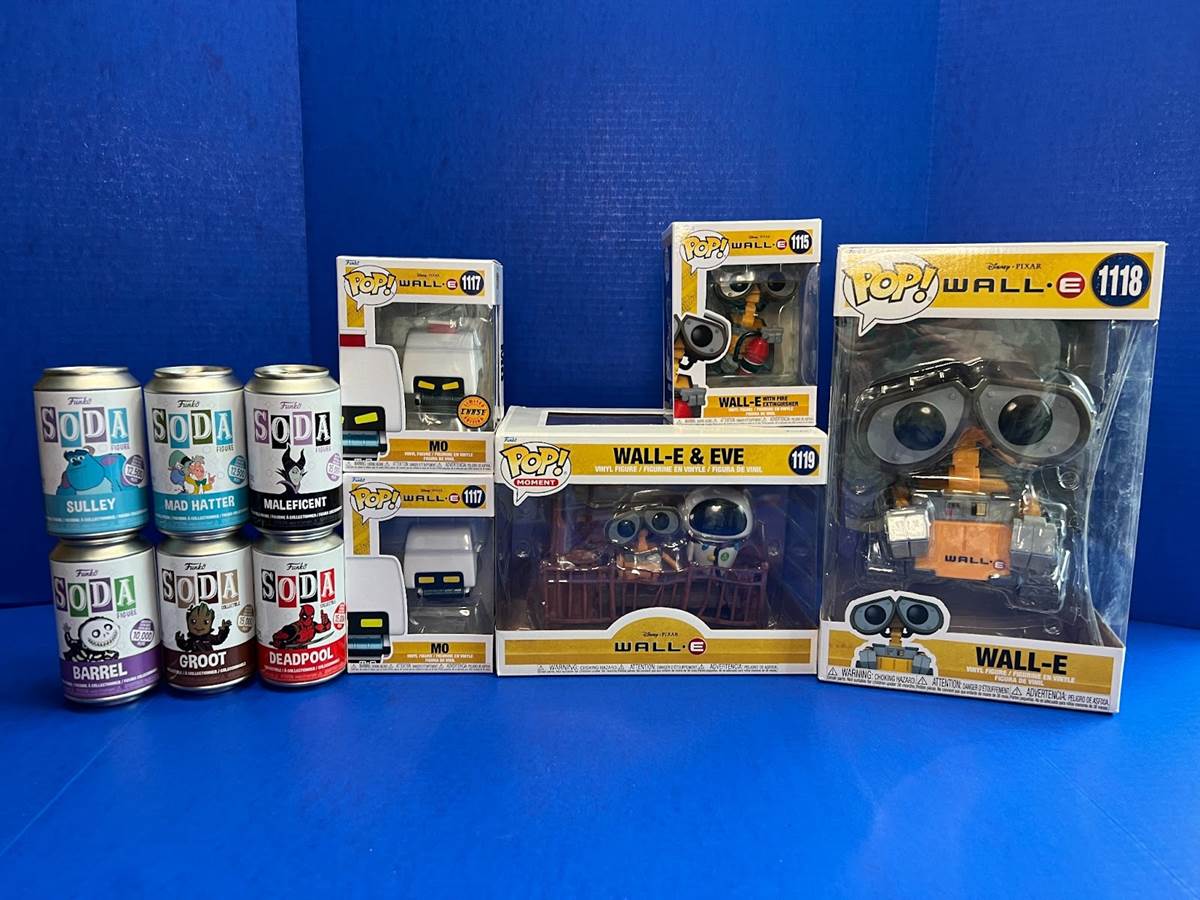 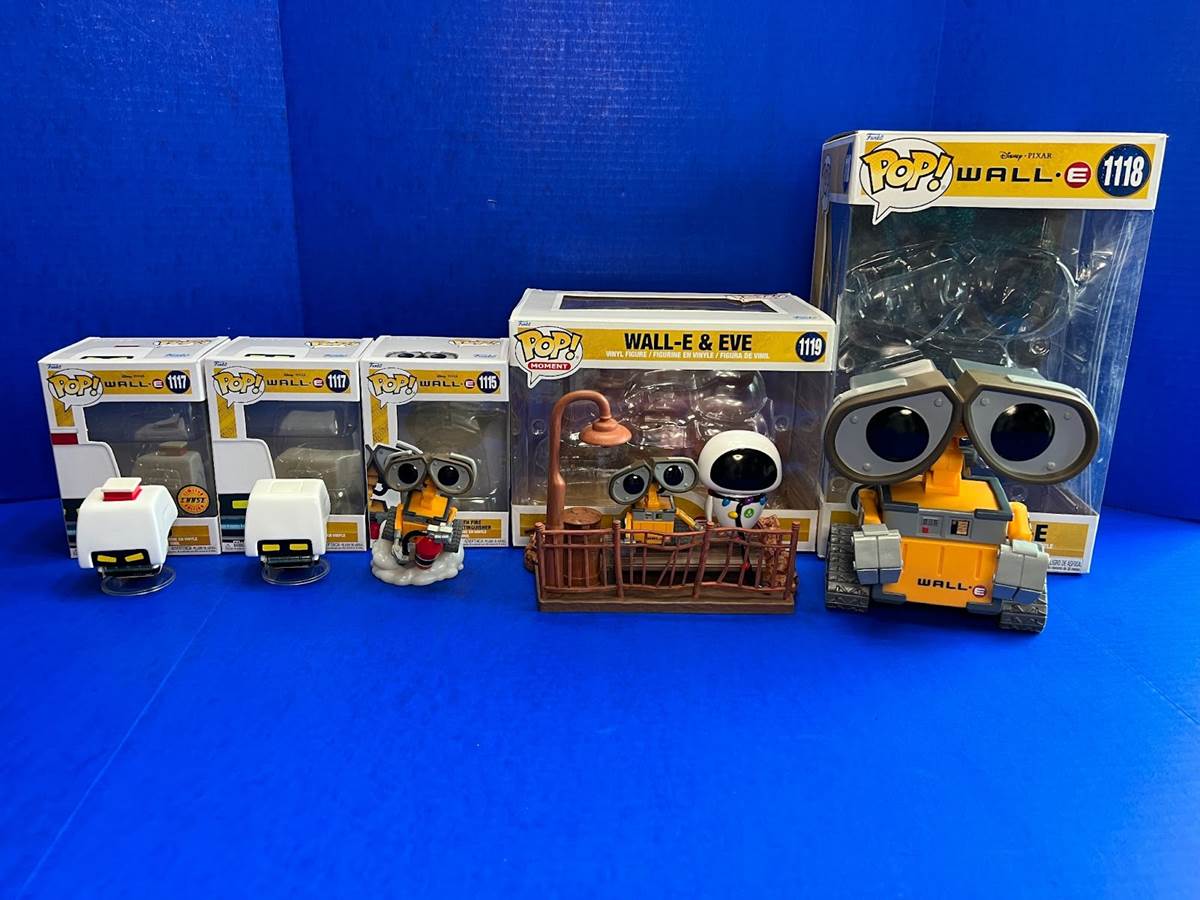 A new Funko Wall-E collection (Funko Pop! Numbers 1115-1117) includes three characters, one of which is a chaser. Recreating the “Define Dancing” sequence from the film, WALL-E has a fire extinguisher and is floating atop a spiral plume of smoke. 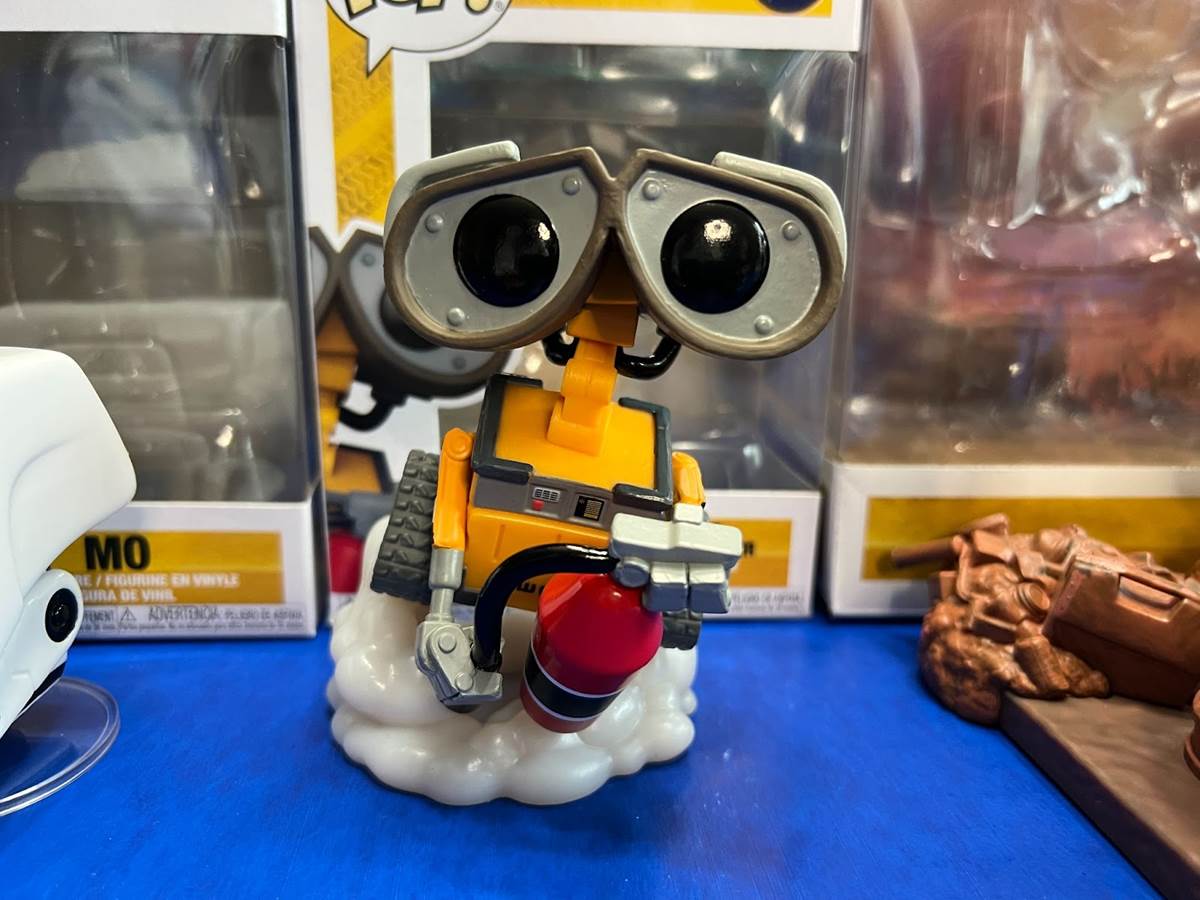 We didn’t get the Eve that matches this WALL-E, but she is floating on her blue rings just like in the movie and you can pose the two together, recreating the moment Eve first fell in love with WALL-E. The lovable, cranky cleaning droid Mo is the third character and lucky collectors could end up getting the chaser variant, which has angry eyes and his red alert light has popped out. He must’ve sensed something dirty on the Axiom! 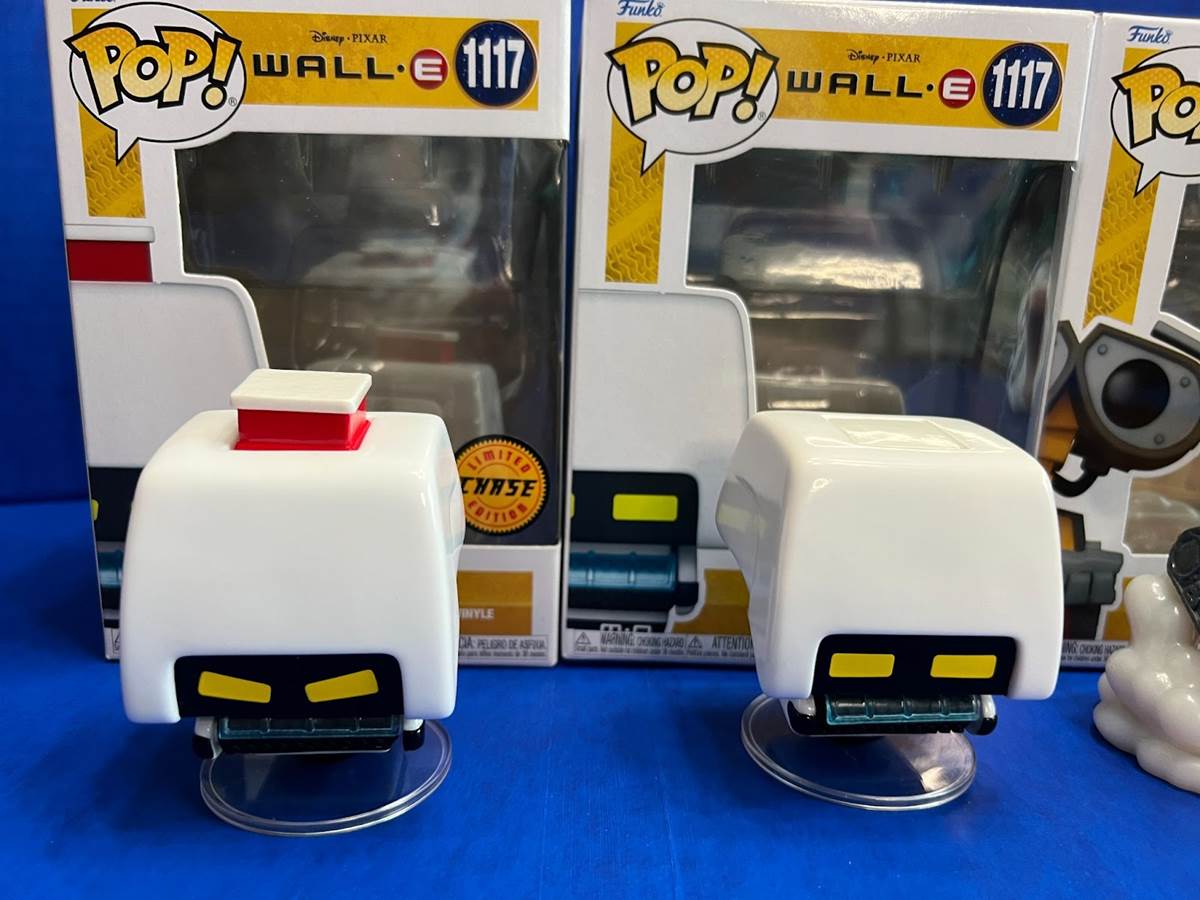 The Mo figure features fun details, including a transparent blue compartment on his back, a thin but sturdy neck, and the Buy-N-Large logo on the back. 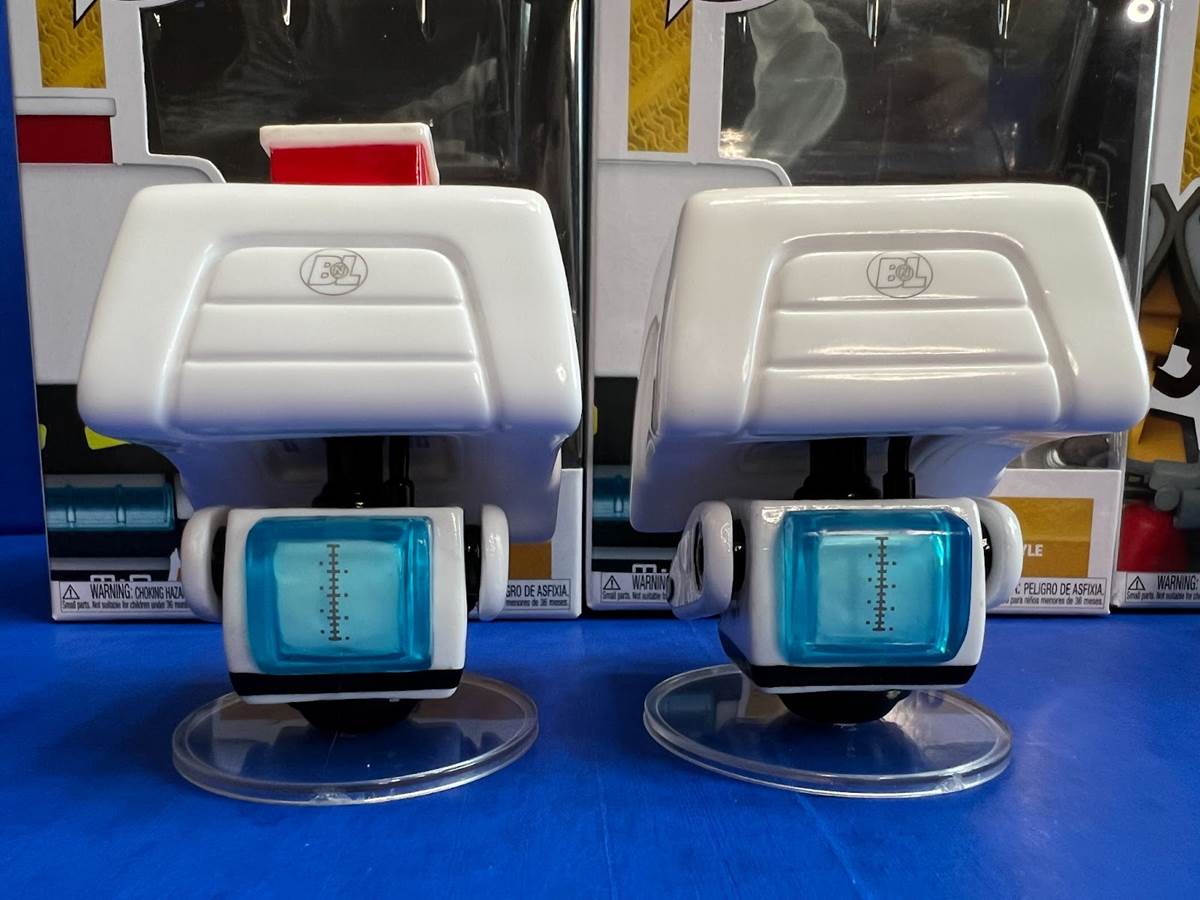 Speaking of Buy-N-Large, each box has a fun Easter Egg when you open it, a BnL logo on the inner top fold. 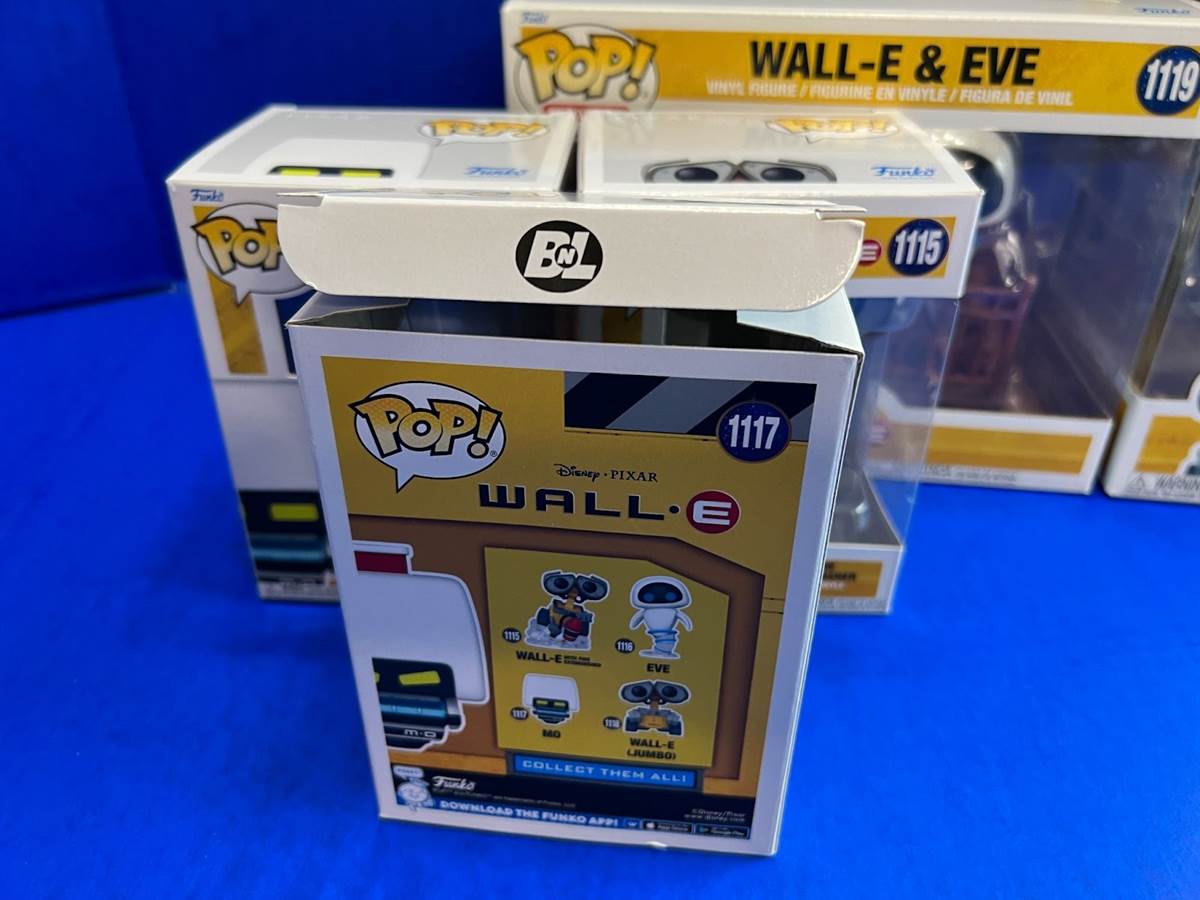 While “Define Dancing” marks the moment that Eve began to have feelings for WALL-E, it was love at first sight for the Waste Allocation Load Lifter Earth-Class robot, who was just thrilled to be with her, even after she powered down. This Funko Pop! Moments display recreates another iconic scene from the film, with WALL-E taking Eve out on a date, using a string of Christmas lights to help move her around. 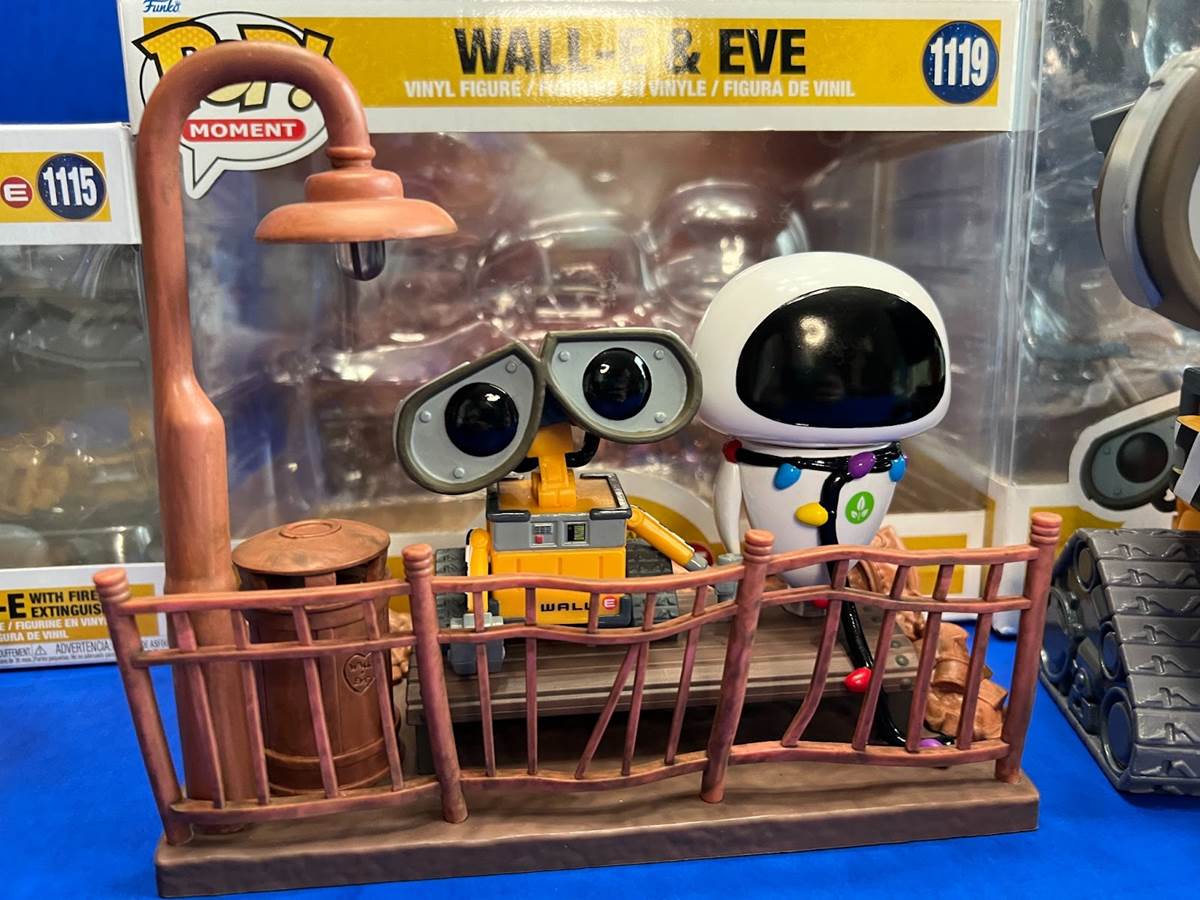 There’s magic in the details of this release, which includes the engraved heart WALL-E put on the trash can with his laser. 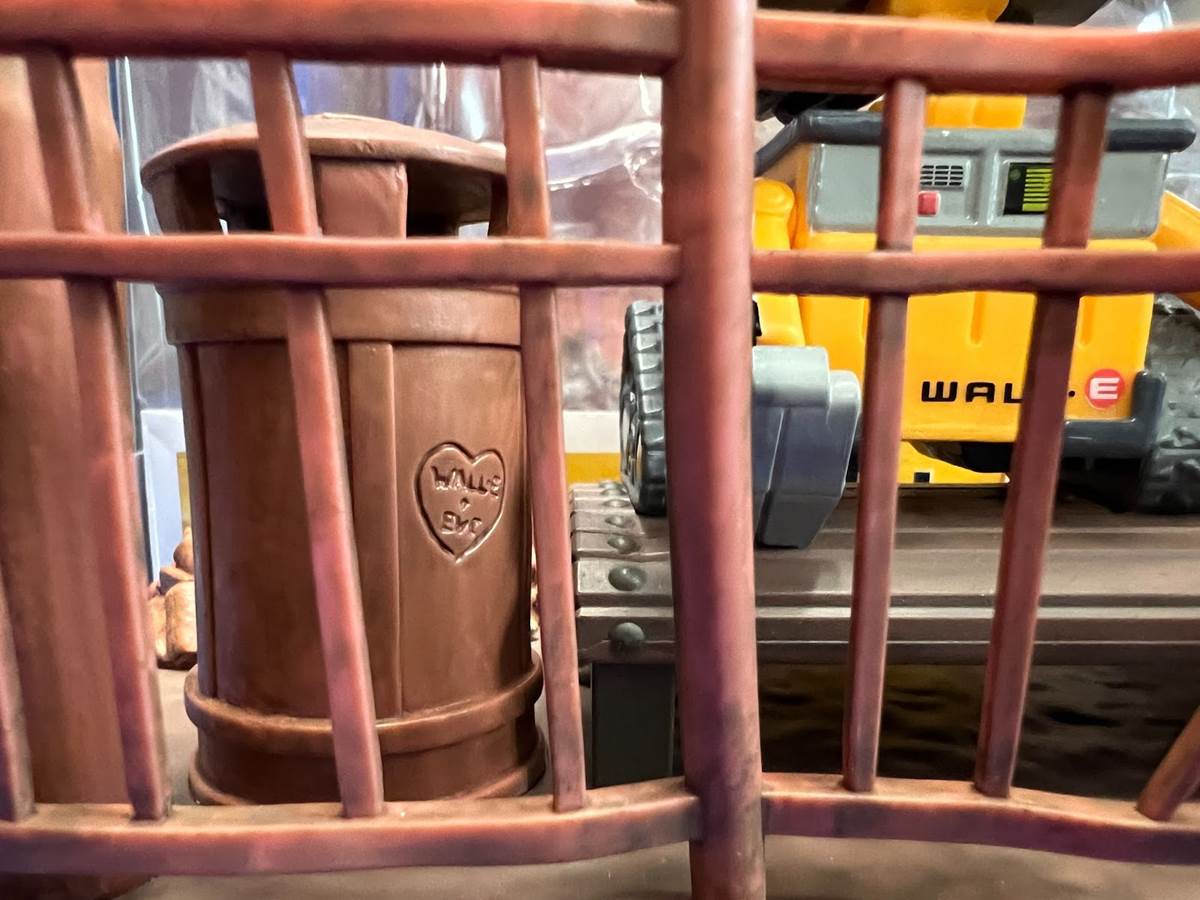 WALL-E fans looking to make a bigger statement will love the 10-inch figure, which is pretty hefty. He has an adorable expression with his eye sockets cocked up in an inquisitive way. His arms are also held out in a way that is very appealing. 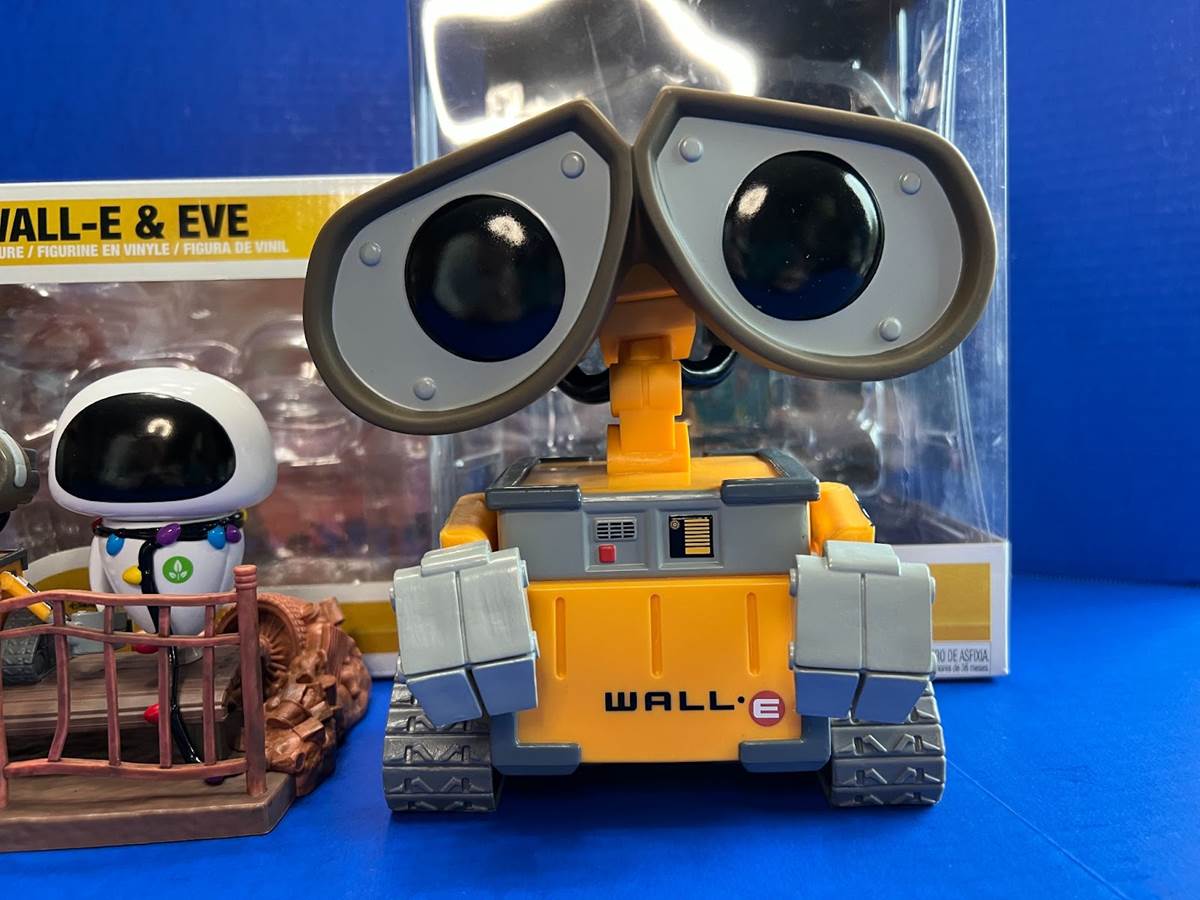 I got super lucky with my Funko Soda releases, which included Sully from Monsters Inc., Little Groot from Guardians of the Galaxy vol. 2, the Mad Hatter from Alice in Wonderland, Deadpool, Maleficent from Sleeping Beauty, and Barrel from Tim Burton’s The Nightmare Before Christmas. Chasers are pretty rare, but I ended up getting mostly chasers, like a flocked version of Sully or Maleficent with flames. Whether you’re a Funko collector or just a WALL-E or Disney fan, one of the perks of ordering through Entertainment Earth is their commitment to get items to you in mint condition at no extra charge. All of these product are expected to ship in January, so if you’re looking at possible holiday gift ideas, you could always put a picture of the pre-ordered items in a card to share with the recipient on the special day.