Fight fans are in for another very exciting night when UFC 269 brings some of the best in the world to Las Vegas tomorrow night. Despite the fact that a huge fight had to be cancelled due to injury, this card is still loaded, with two championship contests and one of the all-time greats headlining.

Two dominant lightweights will clash to determine who the true champion is in one of the most hotly contested divisions. Plus, arguably the greatest fighter of all-time will look to once again defend her crown against a game opponent and two toe welterweights will try to stake their claim for a title shot. 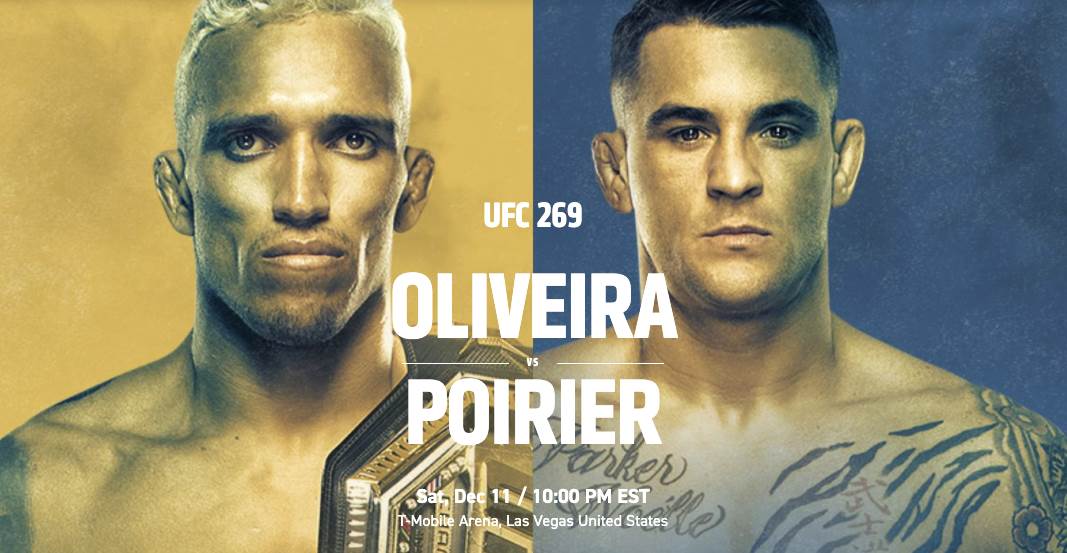 There aren’t many challengers left for dominant welterweight champ Kamaru Usman. These two guys will look to toss their hats into the ring and Neal desperately needs a win in order to do so. Despite coming into this bout the 12th-ranked welterweight with a 13-4 record, Neal is going to be trying to work his way back from back-to-back losses. Still, with eight knockouts and a nickname like “Handz of Steel,” it’s clear Neal is still a dangerous striker and could put any opponent away in a blink of an eye.

Across the Octagon, Ponzinibbio comes in with a very impressive 28-4 record and will be looking to start up a winning streak after scoring a decision win back in June. The 35-year-old already has 15 knockouts and six submissions on his record, so you can bet he’s going to be looking for another finish. It seems like a safe bet these guys will throw hands for a lot of this fight, but it will be interesting to see if either one looks to grapple a bit too.

My pick: Geoff Neal via decision

Here is a list of UFC fighters with longer title reigns than Amanda Nunes: Anderson Silva, Demetrious Johnson, Georges St. Pierre. That is a very short list and some very good company to be in. In fact, if Nunes successfully defends her title again tomorrow night, she in all likelihood will shorten that list by passing St. Pierre’s record for third longest reign all-time. All this is to say that Nunes is very, very good at what she does. At 33 years old, she sports a 21-4 record, is riding a 12-fight winning streak and she hasn’t lost since 2014. Oh yeah, and in those 12 wins, she has finished eight of her opponents and seven of those finishes came in the first round. There’s dominance, and then there’s Amanda Nunes.

You can’t simply write off Pena however. The 32-year-old comes in with a 10-4 record with four submissions and three knockouts. And while she’s a huge underdog (+575 betting odds), she’s been in this situation before when she faced off with Valentina Shevchenko in 2017. That fight didn’t go her way, but the experience should help her to shake off the nerves as she steps in with possibly the most dominant fighter we’ve ever seen.

My pick: Nunes via 1st round knockout 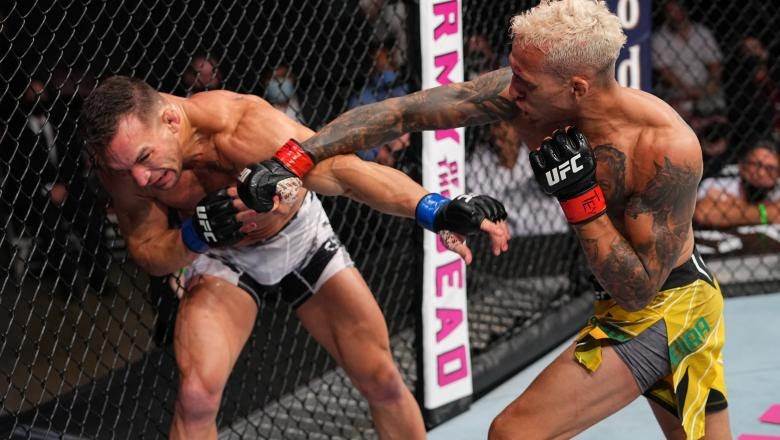 The UFC’s lightweight division is probably the most complicated of all of them. When dominant champ Khabib Nurmagomedov shocked the world by retiring just over a year ago, he left a void at the top of the class. That has since been filled by Oliveira, but several others, including Poirier, believe that is only temporary.

Since the start of 2018, Oliveira has been nothing short of dominant, to the tune of a perfect 9-0 record, five submissions, three knockouts and championship gold around his waist. He has always been one of the most dangerous grapplers in the sport, but now he has put it together with his hands as well, making him a true dual-threat. While many don’t look at him as the true lightweight champ just yet, Oliveira has been incredible for a few years now and a win here would cement that dominance.

It’s a similar story for Poirier. He would also be coming into this fight with a nine-fight win streak if not for the aforementioned Nurmagomedov. The former champ accounts for Poirier’s only loss in his past nine bouts and since then, all he has done is win three in a row and knock out Conor McGregor twice (though the last one comes with a bit of an asterisk). Poirier’s hands are incredibly dangerous and he does possess enough grappling talent to at least make Oliveira think twice about taking this fight to the ground. This main even is likely going to come down to whoever can land the bigger power punches and honestly, that’s a bit of a coin flip.

My pick: Charles Oliveira via 4th round submission