To paraphrase Jurassic Park, “They did It. The crazy son of a gun did it.” Watching Spider-Man: No Way Home may be as close as I will ever come to feeling like Dr. Ian Malcolm when he first saw dinosaurs walking around Isla Nublar. For years we have dreamed of the various Spider-Man franchises coming together in some way, but I don’t think we ever actually thought that they would do it. Somehow, Amy Pascal and Kevin Feige made it happen with some tough negotiations and some lizard DNA. 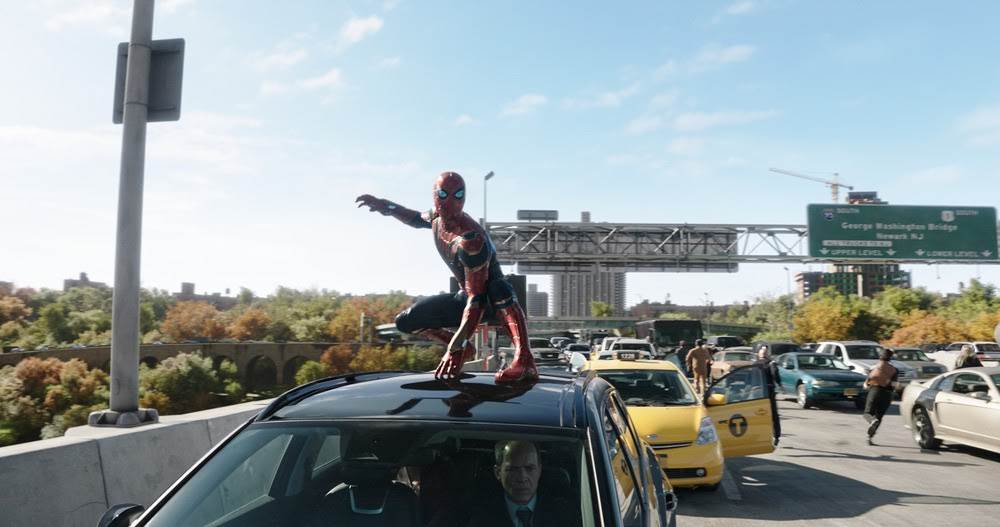 As Spider-Man 3 proved, the presence of more characters doesn’t necessarily mean a better movie. Having too many people can cause a story to be out of balance. Just because the new Marvel multiverse allows them to play across franchises, doesn’t mean they should. However, thanks to some stellar craftsmanship from all involved, I am happy to report that I am very glad that they did.

Jon Watts’ take on the franchise is known for bringing Peter Parker back to high school and grounding him. While this outing spends little time with the class, it does focus on a trio of heroes who you’ve already fallen in love with, Peter Parker, Ned, and MJ. They are at the core of the film, and along with Aunt May, ground a multiversal story to its emotional core. The performances by all three are fantastic, but it is remarkable how Tom Holland is able to stand up to acting legends. Alfred Molina as Doc Ock doesn’t miss a beat while continuing his journey from Spider-Man 2. Willem Defoe reminds you how amazing he is as Norman Osborne in every scene that he is in. In each shot, you can feel the love that was put into this movie. Easter Eggs that touch on the MCU and beyond are littered throughout the movie, but more impressive is the direction and screenplay that balance this massive story. Often this is accomplished by not saying things aloud.  Each emotional glance means something. Each plot point has a purpose. While it could be said that the movie runs a bit long, those thoughts are quickly overcome by how spectacular it is.

There’s a lot of humor and there are a lot of fun fan service moments, but I didn’t expect to cry as much as I did. In some ways the movie is exhausting. The whirlwind of going from laughing, to cheering, to sobbing can take a lot out of you. There is much more to say about the film, but that will have to wait until after you have seen it, which I highly recommend doing. In fact, I plan to see it a second time to fully appreciate all the nuance that I know I missed on the first go-around.

It took a lot of producing power to put a movie like this together. It could have easily gone as bad as a spell that gets corrupted. But Amy Pascal and Kevin Feige have taken their multiversal partnership power and used it responsibly, advice they clearly took to heart from Uncle Ben. It may be a movie aimed at pleasing its most diehard fanbase, however, never before has a movie filled with this much fan service been executed so brilliantly.