There's not much I can say about it besides the fact that Snow White has constantly been criticized — even though she's the original Disney princess and we love her so much — but criticized for existing solely for a prince, existing solely to be rescued. And I think that our director, Marc Webb, and everyone who's working on this film has really taken her narrative and turned it into something that's a lot stronger. And I'm very, very excited to be able to bring that to life. Disney is currently developing a live-action film featuring Snow White. I grew up with Disney’s Snow White in the 70s and the life lessons I took away from this classic fairy tale go beyond a modern “wait on a prince” philosophy so often attributed to it. Sadly, so many of the princesses are simplified to their signature song – “Someday My Prince Will Come,” “Part of Your World” or “A Dream is a Wish Your Heart Makes.”

Snow White is initially encountered dressed in rags even though she is a princess, possibly due to her stepmother’s envy of her beauty or perhaps these are her work clothes. Even though she is engaged in a challenging task, her demeanor is upbeat and she is clearly making the best of it. However, her stepmother seeks to have her killed and the man charged with the task can’t follow through on the deed so he tells her to flee, and she does. She doesn’t turn back to dangerous yet known circumstances; she instead enters the unknown, threatening forest. Awakening in this unknown place, the song “With a Smile and Song” further demonstrates her skill of seeking out the joy during very difficult times. 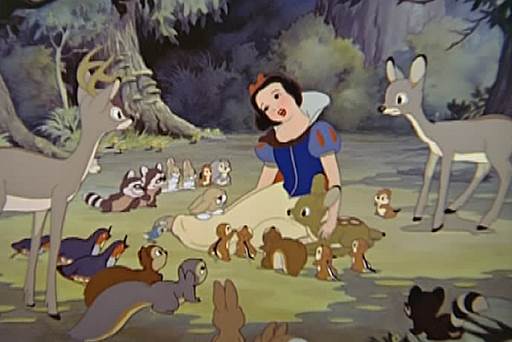 Snow White befriends the forest creatures and they guide her to shelter. She investigates it and decides to enter. Noticing its need for tidying she jumps in to fill the need making her an asset to the cottage inhabitants. Once again making an unpleasant task more palatable through a tune “Whistle While You Work”

The men return home and she establishes boundaries. She made the food and insists that they clean up before partaking in it. She doesn’t tolerate untidy dining mates for the meal she prepared even though she hopes they will provide her refuge. And once again, she doesn’t merely tell them the tale of the queen’s attempts to kill her and hope that they will help her. Instead, she sought out where she could make their life better, enhancing her likelihood of being invited to stay. 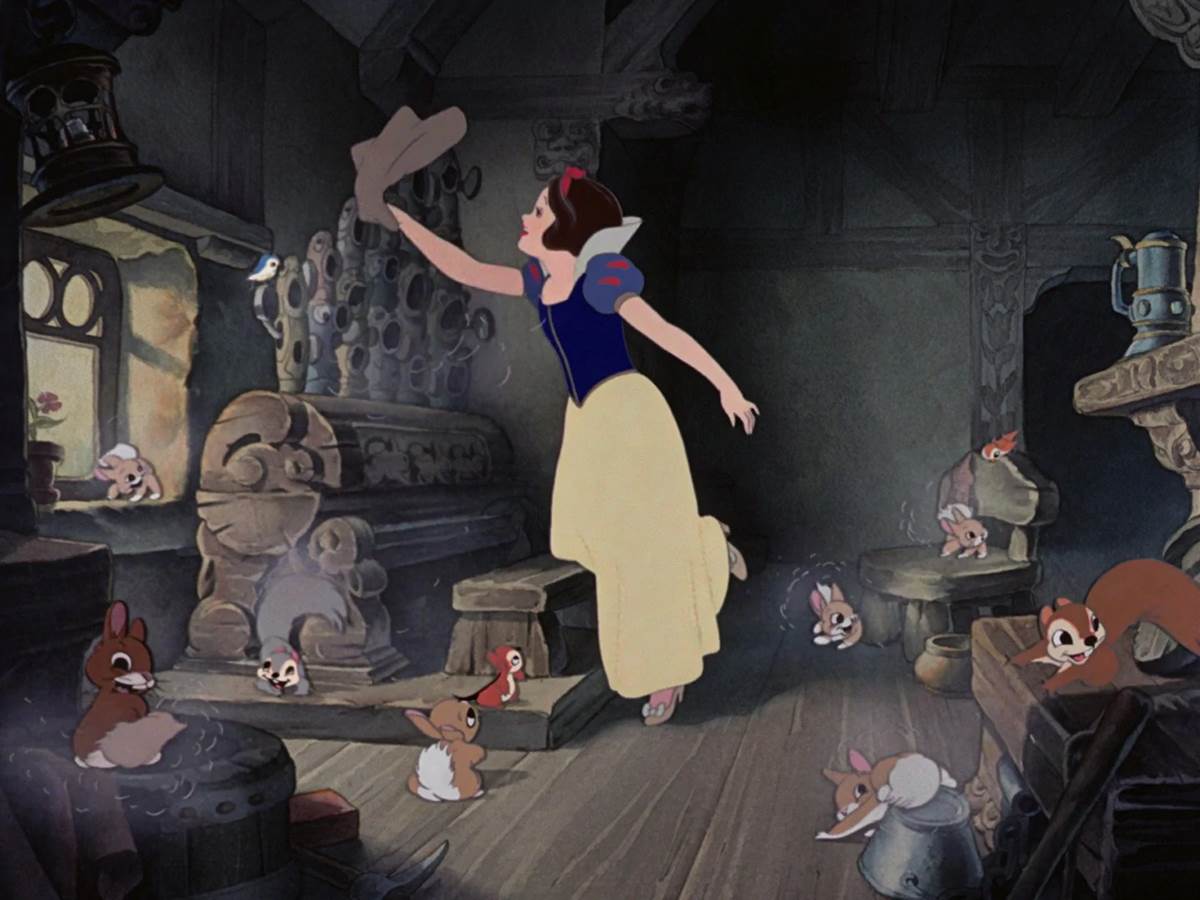 Now, here is where the story takes a bit of a turn towards the “damsel in distress” storyline. Her evil stepmother disguises herself as an old peddler woman. There isn’t anything inherently evil about the woman. She’s merely ugly. In fact, in some ways she isn’t much different than the Enchantress who similarly sought kindness from the prince in Beauty and the Beast. But his callousness towards her led to his curse, while here we learn that our kindnesses can be played against us to our harm. Given the stern warnings of the dwarves, they clearly knew how clever and devious the Evil Queen should be and Snow White would have avoided the curse if she had listened. But the dwarves had quickly grown to cherish Snow White and in their sorrow were unable to bury her. So they placed her in a glass coffin giving the Prince an opportunity to save her through a kiss. We see Snow White ride off with the Prince and having witnessed the impact she had on the dwarves in such a short time, there’s a sense that the kingdom will benefit from her addition to their royal family making her story happily ever after for all who live within that realm. 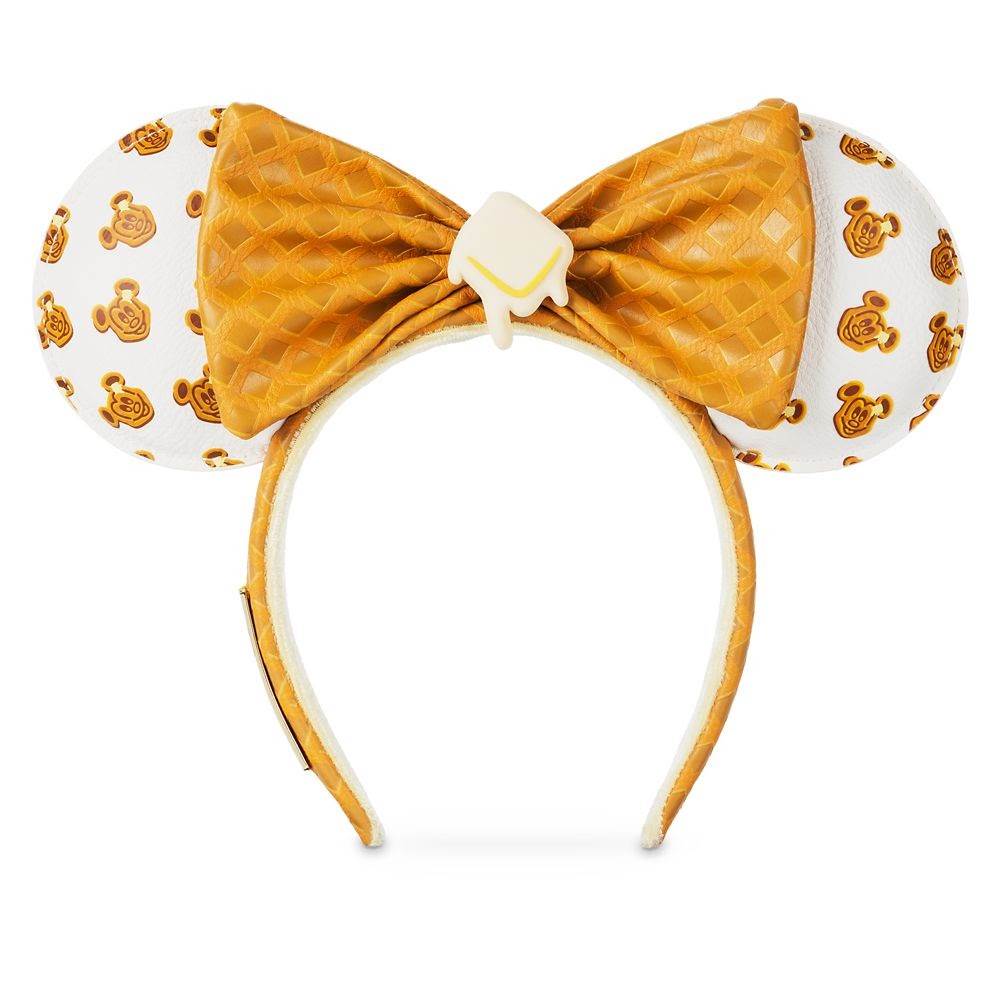