What do you listen to on your way to work, during a morning run, or while taking the dog for a walk? For many people – myself included – podcasts are as important a source of information (if not moreso) than searching a news site, browsing Twitter, or being old school and watching the news on television. 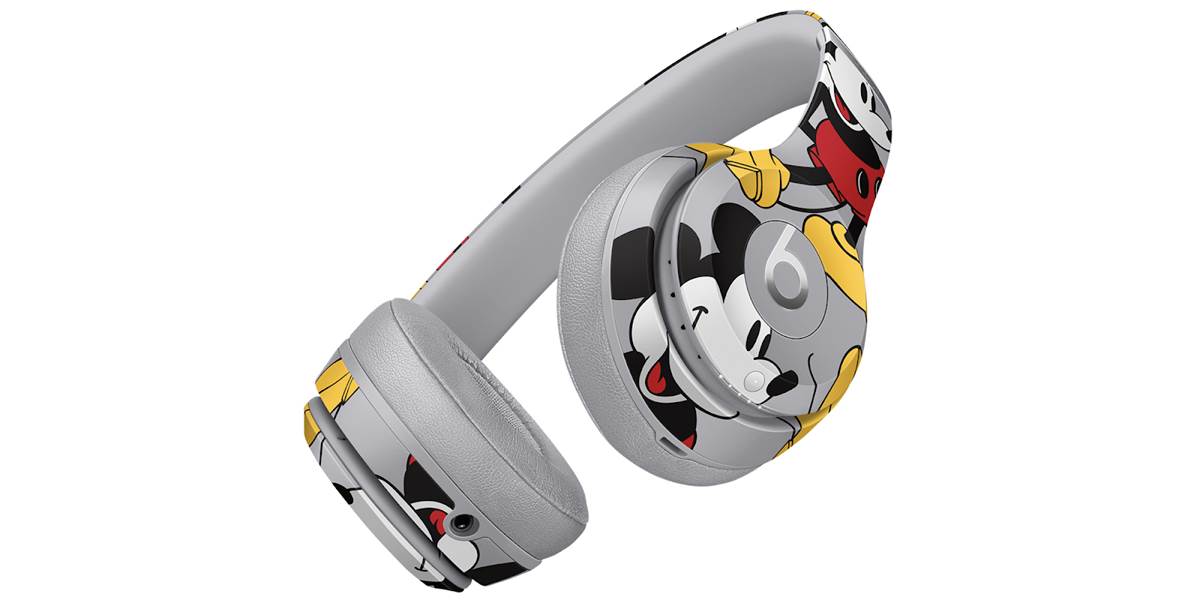 As we close the book on 2021, I want to share a few of my favorite Disney-based podcasts. These podcasts span a range of topics including news, parks, films/shows, and history. Some of my favorites focus very specifically on certain aspects of the Disney-verse, while others cover a wide range of topics. For this very reason, I will not specifically rank these in order.

Consider taking a listen to some of my favorite Disney podcasts (if you don’t listen already). You can click on the links to the podcast website or you can easily search them up in your favorite podcast app. 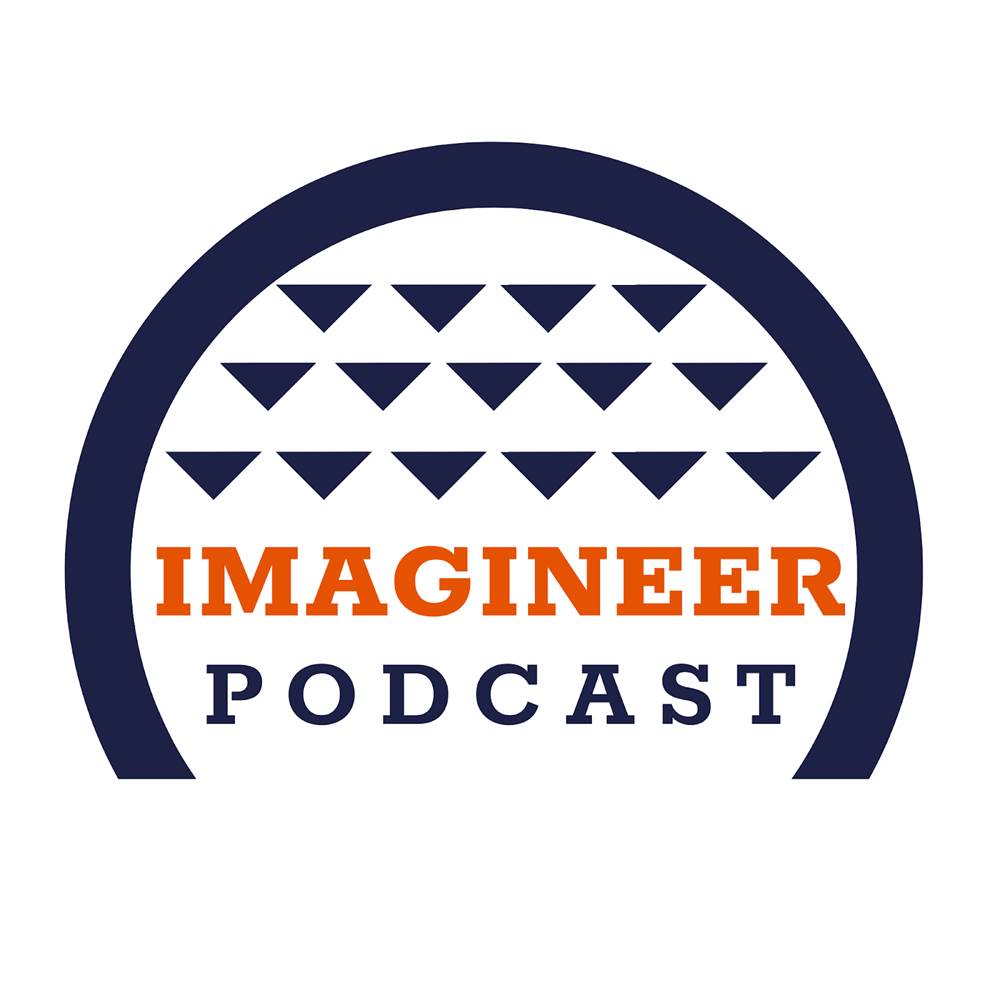 Host Matthew Krul describes Imagineer Podcast as an unofficial guide to all things Disney. The podcast strives to provide a greater understanding of the Walt Disney Company and a deeper appreciation for the company’s vacation destinations and content. As such, the podcast leans more to the Disney Parks side of the universe.

Matt brings a genuine lifetime of Disney love to each episode. His previous experience with Disney includes working at the Disney Store, completing a Disney College Program internship at Kilimanjaro Safaris at Disney’s Animal Kingdom, and a professional Internship with the Marketing Strategy team at Disney Vacation Club. 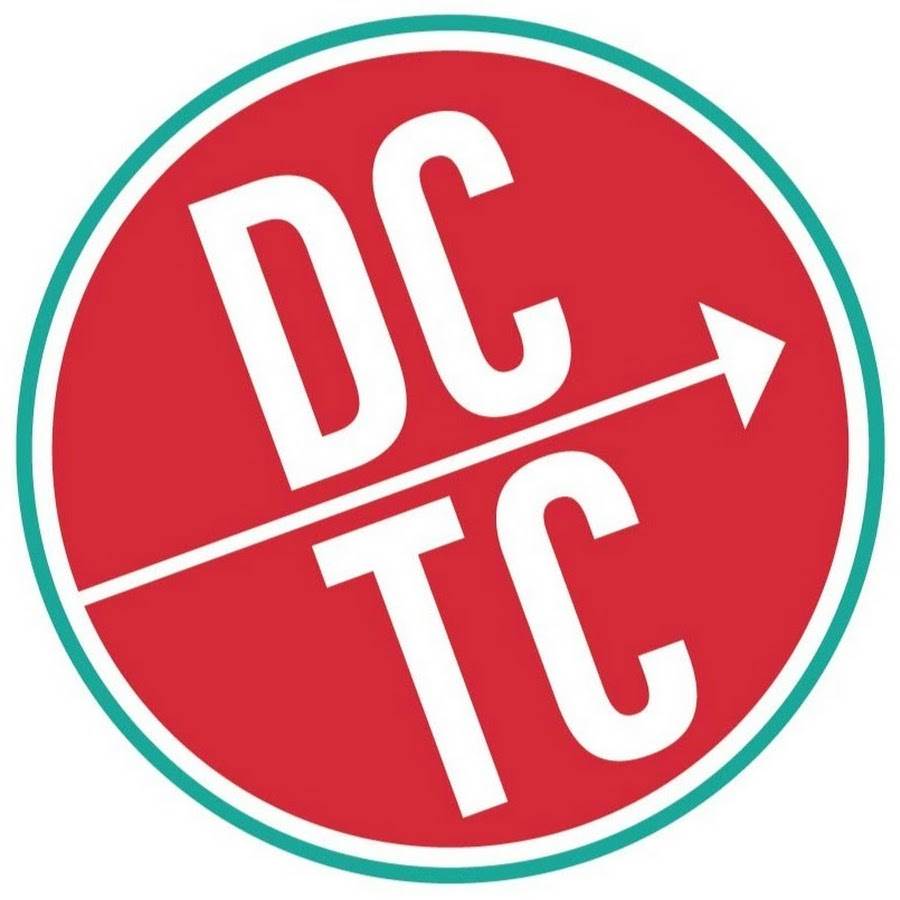 Dizney Coast To Coast is an entertaining and informative podcast about anything and everything related to The Walt Disney Company. Host Jeff DePaoli produces a nice mix of recent Disney news (usually in the first part of the episode) and a deeper dive into a Disney subject (often with Kyle Burbank of your very own Laughing Place).

Occasionally Jeff will dedicate an entire episode to a unique subject, be it history, media, or parks. As with any specific topic, listeners will find some episodes more interesting than others. But regardless of the subject matter, Jeff entertains with a balanced mix of Disney love and honest opinions, which I as a fan much appreciate. 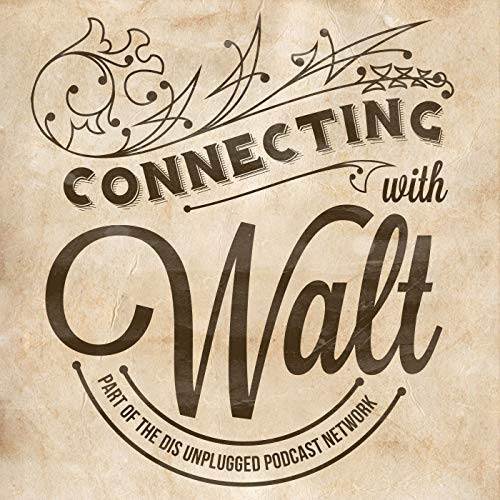 As you might expect, this podcast focuses more on Walt Disney – the person. The first handful of episodes in this show’s catalog documented Walt’s life and career quite thoroughly. As the podcast moved along its course, the show broadened the discussions to include more history of the Disney company, films, and parks. Host Michael Bowling clearly does a ton of research, and is well-versed in his subject matter. A small downside to this podcast is that Michael’s breadth of prepared material can tend to be presented more like an audiobook, and less like a conversation with co-host Craig Williams.

Connecting With Walt is part of the DIS Unplugged podcast network. The other shows in the network are entertaining as well, but most tend to be a little too negative for my taste. 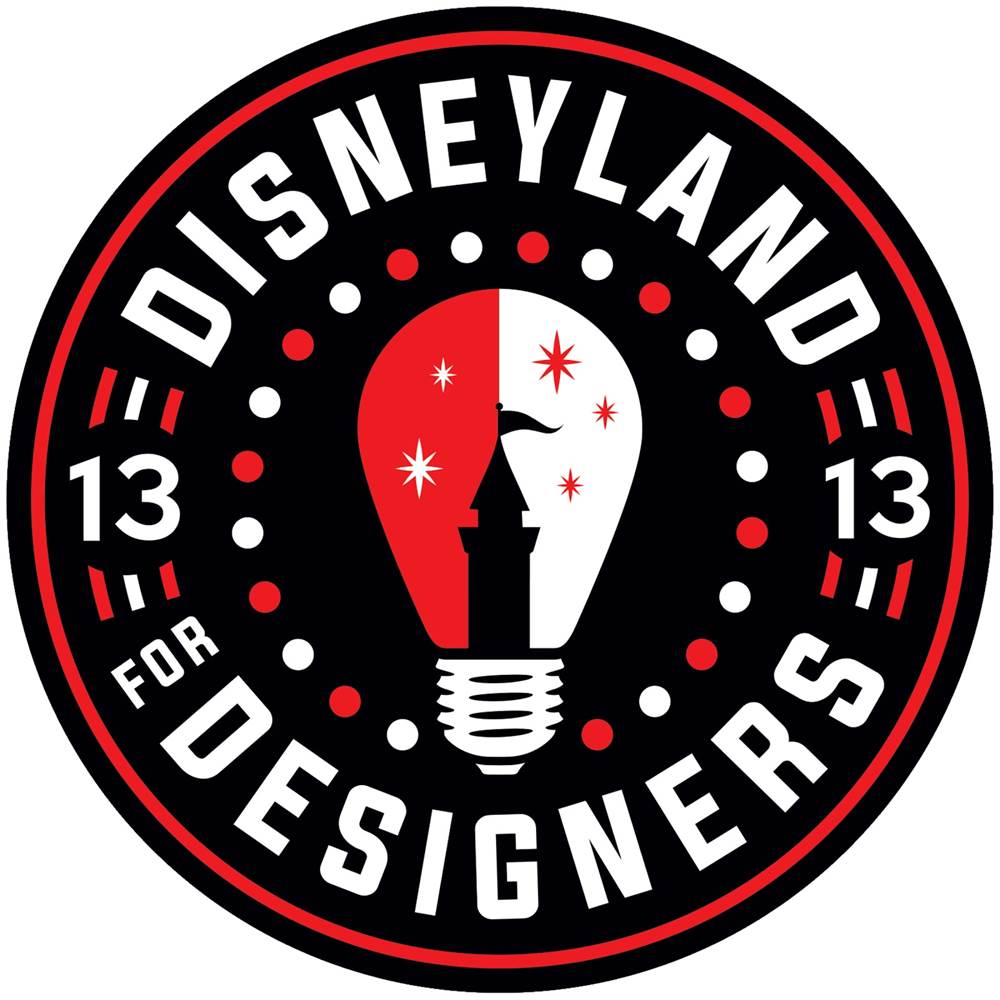 Mark Brickey is a former rock ‘n roller, graphic artist, and creative mind who also happens to be a huge Disneyland fan. Through his podcast Disneyland for Designers, Mark puts the cool into Disneyland. He explores the design of the park, its history, its current operation, and all other facets – all with a laser focus and a tiger’s attitude. His podcast usually focuses on Disneyland, though occasionally he drifts to Walt Disney World and to the Disney company as a whole. Mark keeps it real from a fan’s eye view, while also analyzing Disney’s decisions from both sides of the table. Mark’s guests include friends from both inside and outside the Disney Parks berm. My personal favorite is Philander Butler – a VIP guide at Disneyland. 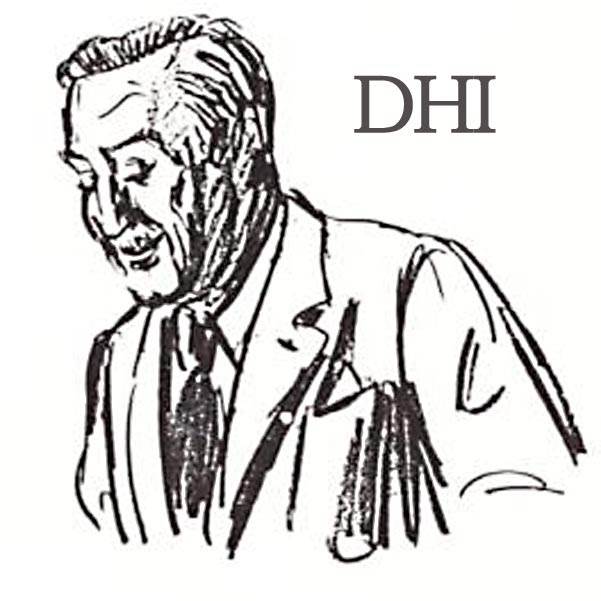 Looking for a deep dive into the back stories of those who have supported and built the Disney company? DHI is your place. Host and Disney historian Todd James Pierce gets deep with Walt, but he doesn’t stop there. Todd digs into Walt’s supporting cast, including the Nine Old Men, artists, Imagineers, business partners, and many more colorful characters. DHI is usually a solo podcast, but Todd presents his material with a flair for the dramatic, so it doesn’t feel like an audiobook. DHI is also good if you don’t have a large chunk of time, as the episodes generally hover between a reasonable 20 to 40 minutes in length.

If you are looking for a good read, Todd’s book Three Years in Wonderland is a fascinating chronicle of the planning, construction, and early operation of Disneyland, offering additional perspective on the part of C.V. Wood – Disneyland’s first general manager.

Book of the Mouse Club 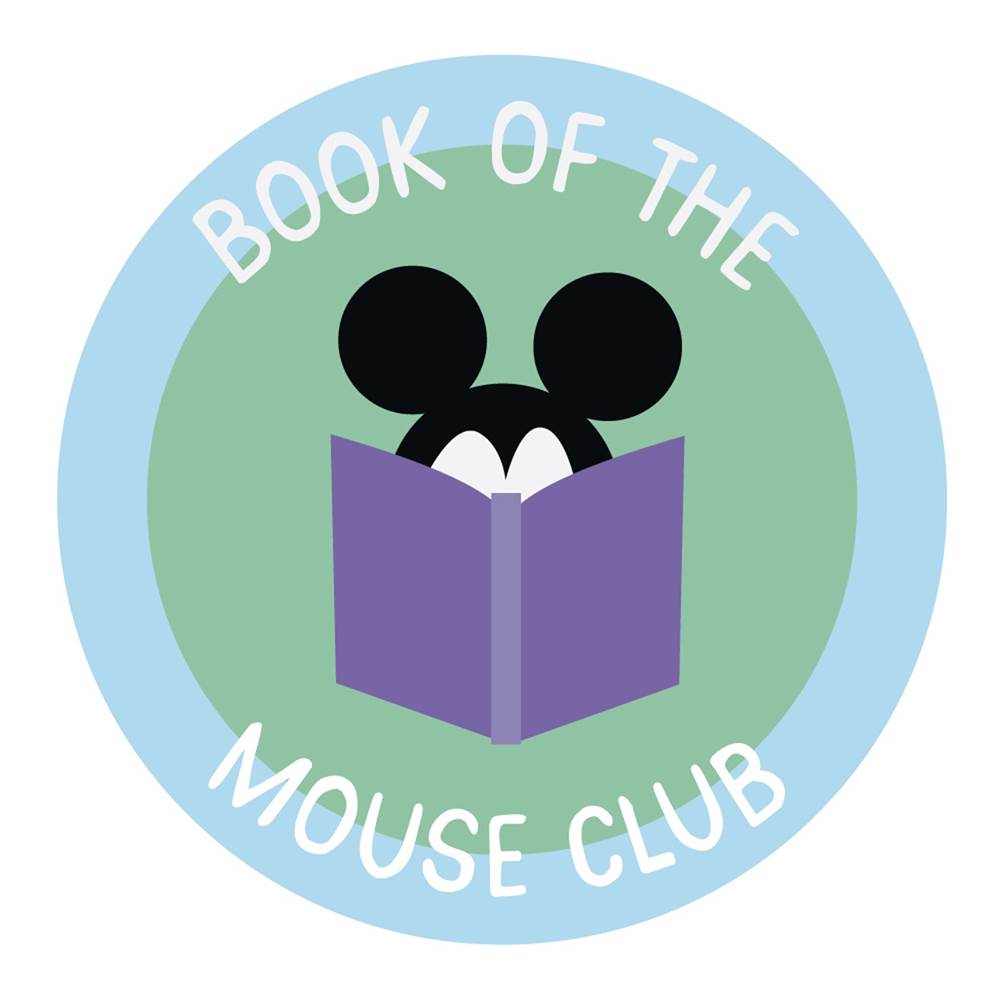 Readers (and listeners of audiobooks) will particularly enjoy Book of the Mouse Club. Hosts Courtney and Emily love reading, and their enthusiasm is contagious as they explore books about Disney, including history, films, theme parks, and more. They often have the authors of the subject matter as a guest interview on the podcast to talk about their book, which offers a nice perspective on their material. 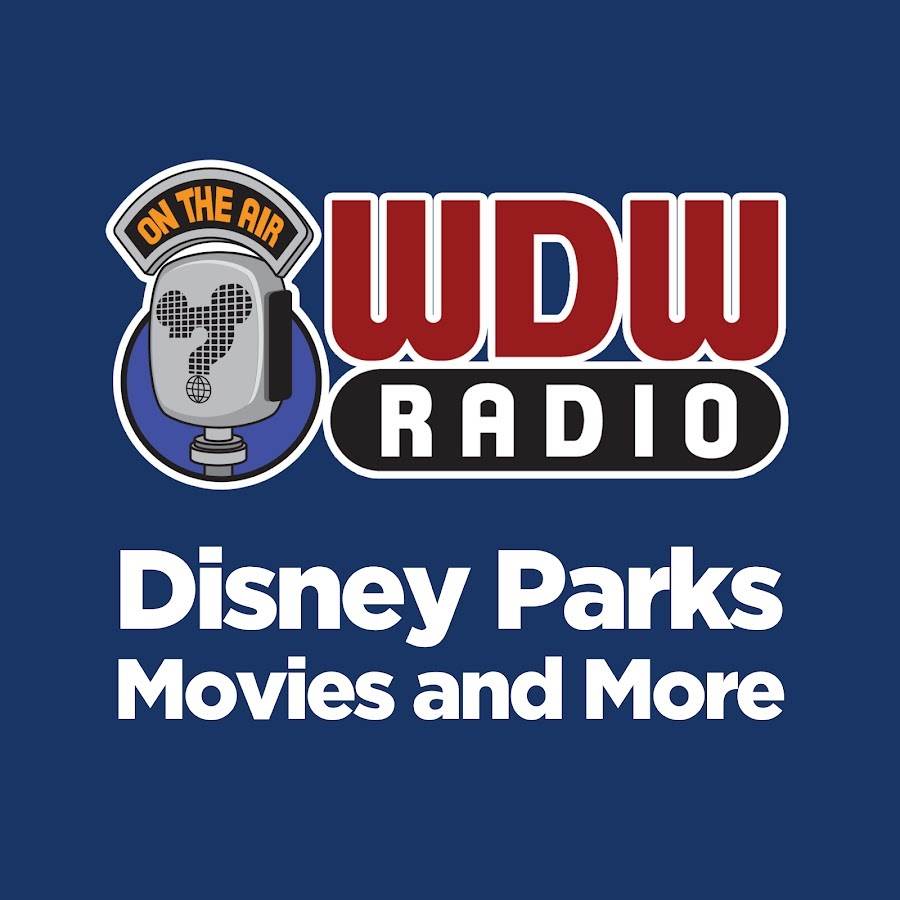 If you want to keep the Disney magic alive and well at home, WDW Radio is the podcast for you. Host Lou Mongello brings a degree of enthusiasm and positivity to every episode, which will appeal to Disney and non-Disney fans alike. Don’t let the name fool you – while WDW Radio’s bread and butter is in Orlando, Lou also discusses the other Disney parks and resorts, Disney Cruise Line, films, television, and rich history. If you’re looking for fun trivia tidbits, WDW Radio is the place to go, as Lou’s deep research injects numerous “wow, I had no idea” tidbits into every episode. Top Ten(ish) lists are another of Lou’s specialties.

Lou never does an episode solo. Favorite recurring guests include Beci Mehnken of MEI/Mouse Fan Travel, Disney historian Jim Korkis, and Tim Foster of Celebrations Press. Lou will also do live reviews of various Disney Parks events, inviting a host of different friends to the podcast. Lou will make you feel like you are literally hanging out at the kitchen table (or over an Epcot trash can) dishing Disney. Lastly – Lou never forgets to both thank his listeners for their support, and inspire them to pursue their own magical dreams, whether they be Disney-based or otherwise. I always end an episode of WDW Radio feeling energized to keep moving forward in my own endeavors.

These two podcasts are excellent in their own right. Read on to see why I consider them honorable mentions. 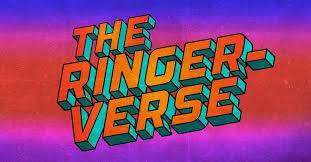 Fans of Marvel and Star Wars – Ringer-Verse is for you! This relatively new podcast (debuting in March 2021) is part of The Ringer sports and pop-culture media collection. Ringer-Verse offers a rotating lineup of superfans at The Ringer, including show hosts Mallory Rubin and Van Lathan. Ringer-Verse episodes provide instant reactions to blockbuster releases, insightful analysis and backstories on comic and story canon, theories on what is to come, and fresh takes on the comic news and rumors. The comic book nerd inside every host and guest is cleverly complimented with hipster charm and sharp wit.

I only discovered Ringer-Verse over the summer, and I’ve been hooked ever since. It’s been a must-listen for me after every episode of Loki and Hawkeye, as well as films such as Black Widow and Spider-Man: No Way Home. I highly recommend this podcast for anyone who loves comics, science fiction, and all films and television programs therein. The only reason I consider this “only” an honorable mention is because it’s not a Disney podcast. However, the extensive Marvel and Star Wars content keeps me coming back for more. 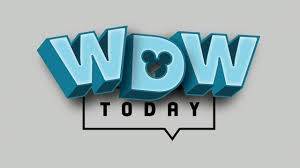 I get excited every time I see a new episode of WDW Today released. Unfortunately, this podcast is not currently produced with enough regularity, which is why I consider it an honorable mention. Host Logan Sekulow invites a round table of buddies (including Terry Weaver, Will Haines, Matt Lott, “the Grease”, and others) to discuss anything WDW-related. These guys are a hoot to listen to, and make me feel like I’m on the porch having a beer with them. They don’t sugarcoat their thoughts and opinions, but they are also respectful of Disney and the subjects they are discussing. I only wish they would get back into my podcast feed on a regular schedule.

Disney Travel For All

Who says you need a full family to take a Disney trip? With Disney Travel For All, Amanda Bauner shares planning tips and Disney travel recommendations, geared toward adults and solo travelers. Amanda’s unique spin on Disney vacations will give you an alternate view on all the same experiences you can enjoy with kids (and many that are specifically for adults).

Did I capture any of your favorite shows in my list? Or better yet, did I peak your curiosity with a new podcast? Please reach out with a comment, either here or on social.

Jim has been a Disney enthusiast his whole life, appreciating the films, the parks, and the history of the company and the amazing individuals who have been a part of building it.  While Jim keeps up with the current Disney media news, his focus is on sharing the rich content created by Disney and its storytellers, including Star Wars (a lifelong nut), Marvel (just keeps getting better), and Pixar.