“There is a huge check for the winner, a quarter of a million dollars,” Gordon Ramsay shared about the grand prize in his new competition series Next Level Chef. “But, above all of that, there's a 12-month, first-of-its-kind mentorship where whoever wins this competition, Richard [Blais] and Nyesha [Arrington] and myself are taking this individual under our wings. That's quite a rare opportunity and something that we very rarely give out.” 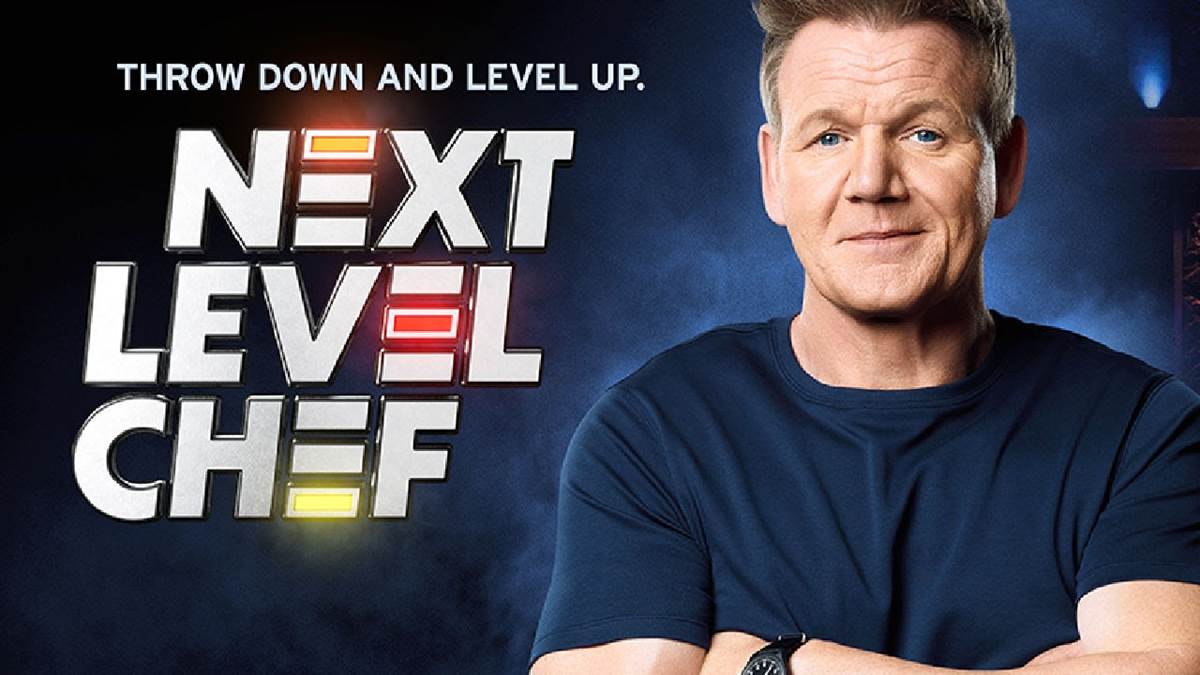 Gordon Ramsay’s first new cooking competition show in 12 years, Next Level Chef is the first series from Studio Ramsay Global, part of a development deal with FOX Entertainment. FOX introduced the tough British chef to American audiences with the U.S. version of Hell’s Kitchen in 2005, which opened the door for other successful shows including Kitchen Nightmares, Master Chef, and now Next Level Chef. “This idea was born out of the fact that I've worked with Gordon now for over a decade, and the thing across all of these cooking competitions is that the contestants are always working in these fabulous, million-dollar kitchens with the best equipment in the world, using the highest-end ingredients that money can buy, and that's not real life,” explained executive producer and showrunner Matt Cahoon about what sets Next Level Chef apart from the previous hit shows. “I read an article while I was coming up with this idea about a chef in Thailand, who is a street vendor, and she was awarded a Michelin star. And it certainly wasn't because of her fancy kitchens or restaurant, and it wasn't because she was cooking with the best ingredients. It's because what she did with what she had was truly next level. And that's where the idea was born is any chef should be able to create something great in the best of environments, but what can you do in the worst? What kind of magic can you make? How creative can you be when all of the chips are stacked against you?”

The concept of moving to the next level becomes literal on the show. “We've got these three incredible kitchens, three stories high, 85,000 tons of steel, erecting some of the most sought-after, competitive kitchens on the planet,” Gordon Ramsay revealed about the stacked environment the contestants cook in. “We start with the basement, then we have a middle kitchen, then the top-flight kitchen is just an absolute dream. This platform descends from the top. You've got 15 seconds to grab ingredients.” Because the moving platform of food works its way down the line, this sometimes means that the basement level is left with lower quality ingredients to work with. Although Gordon Ramsay shared that sometimes, the top-level chefs are so aggressive with their grabbing that they’ve dropped high-quality ingredients like filet mignon, letting the basement level grab them up.

“A great chef never wastes anything, whatever level you are looking at,” Gordon Ramsay explained about the show’s commitment to not wasting any food. “We never grew up with anything glamorous. I remember the embarrassing moments at school where we had food stamps, and you were called out on the first assembly line every morning, giving you food stamps lasting the week. And that puts quite a reflection on you in a way that you are embarrassed because your school had to pay for your meals. And, so, I'm a big stickler our Next Level Chef was all about creativity and do what you can with cans, tin foods, bruised tomatoes, cheap cuts, and that's where the creativity comes in… The objective was to get to the next level and get up to the very top, work with the best ingredients, the best equipment, and to stay at the very top.”

One thing that Gordon, Nyesha, and Richard all have in common is that their careers all started at the bottom, in a literal basement in Gordon’s case. “There was the depleted equipment and fridge and freezers that weren't working, stoves that weren't getting up to temperature, blunt knives, no peelers, no mixers,” he explained. “So, honestly, it took me back to when I was working alongside my mom at Stratford up on Avon when she got her head cook’s job. And I used to go there after soccer practice and help her prep, literally peeling with blunt knives, blunt instruments, no chopping boards, and really getting these cooks to think on their feet at the same time as the two kitchens above them but less glamorous ingredients.” 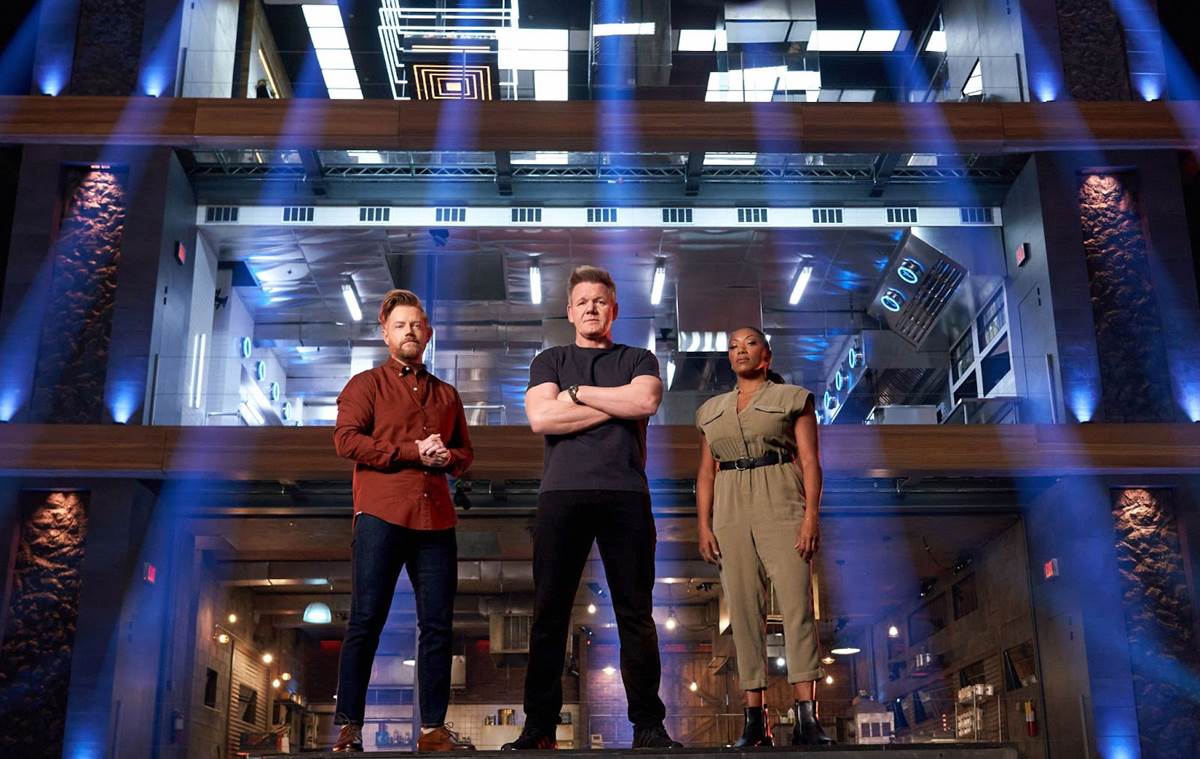 “It's the first time that we've ever put social media chefs, amateur chefs, and professional chefs into the same arena,” Gordon Ramsay added about another element that sets Next Level Chef apart from his other shows. “After our first big challenge, one of the professional chefs, a phenomenal young cook out of New York, turned around and said, ‘I have a new-found respect for social media chefs.’ Gone are the days that you think they are just creating pictures that no one is tasting. And that's when the penny dropped, when you saw the prolificness of this social media phenomenon that was literally kicking the [butt] of a professional chef, and it was a big eye-opener for everybody in that competition.”

“The beautiful thing I saw was the comradery between the competitors,” Nyesha Arrington revealed about the rivalry on the show. “Yes, they are all here, vying for that spot, vying for that mentorship; but there is a beautiful sense of comradery between them that was really amazing to see. It is a competition setting, but they are not calling each other out necessarily. They are really supporting each other as teams and individuals. That was really, really beautiful to watch as that develops throughout the season.”

Next Level Chef premieres Sunday, January 2nd at 8/7c on FOX after the NFL on FOX doubleheader. It will then continue on its regular night and time of Wednesdays at 9/8c.