“My favorite comedies have been mockumentaries,” Quinta Brunson explained about her new show, Abbott Elementary, a mockumentary about public school teachers in Philadelphia. The ABC sitcom premiered on December 7th with a single episode and returns on its regular night and time on Tuesday, January 4th, at 9/8c. “What I love the most about the format is it gives an opportunity for the audience to build a different relationship with the characters. I think teachers deserve that.” 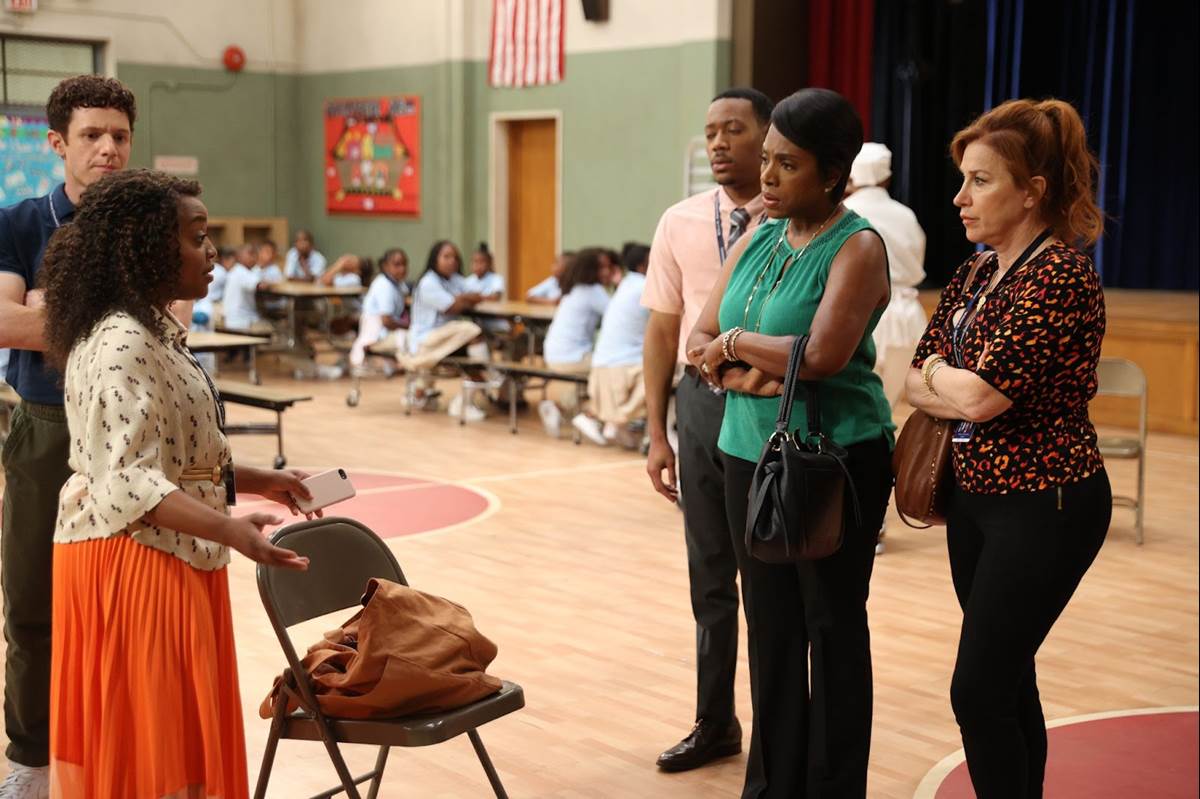 “My mom was a teacher too in D.C. public schools, and so I recognized a whole lot of what was going on and it's just a great setup,” shared Lisa Ann Walter, who plays Melissa, one of Quinta’s teaching colleagues on the show. “What I said to her at the very beginning, after I read the script and laughed and cried at the pilot episode, is there is nothing that these teachers do that you don't support because everything they do is for the kids.”

It was important that the show not make fun of what teachers go through in an underfunded public school environment, but fit also finds humor in the situations. “It takes place in a city like Philadelphia that is truly an urban city that is faced with real challenges,” actress Sheryl Lee Ralph added, who plays Barbara Howard. Quinta’s character Janine looks up to and idolizes Barbara in the series. “I really think with Quinta being a product of the Philadelphia school system, you get a lot of honesty that is in there. But we want people to laugh, we want people to enjoy the fact that, wow, maybe we really do need to pay attention to what's taking place in our schools, because if we did, maybe some of these things wouldn't be happening.”

“Even while we're shooting, a lot of the times the kids can't really differentiate the fact that we're just actors and we have actually no power over them and we're not actually teacher,” joked Tyler James Williams, who plays Gregory Eddie. “I think there's a fair amount of healthy shame that goes into enjoying this show, of understanding what you probably put your teachers through. But I think that's kind of what the key is, especially after the last year we went through. We kind of forget at times the work that goes into being a teacher outside of just educating. When we brought the kids home and everyone had the school from home, you very quickly saw a lot of people going, ‘Please take my children from me.’ And that's what we do. We hand the lives and the minds of our kids over to these people in the hopes that they can help be the village that makes them functional adults.”

For as grounded in reality as Abbott Elementary is, it actually started as a potential animated series. “We were looking to do something together because Quinta had starred in a pilot that we did for The CW that just ended after the pilot,” revealed executive producer Patrick Schumacker. “And she had pitched us this show as an animated show because we were doing Harley. And it was purely a function of everyone's time… Quinta's like, ‘I can do a voice on it. I can create the show, but I'm doing some other stuff that just, I don't have the bandwidth.’ And for whatever reason, that didn't go anywhere.” After reconnecting two years later, Quinta and Patrick revisited the idea, this time as a live-action series.

In the end, the goal of Abbott Elementary is to entertain and make viewers laugh. But Quinta Brunson hopes that it can also start conversations that can have a real impact on the state of public education. “What we want to do is say, look at these people who do the job anyway,” she shared. “How can we support them further? How can we take a look at our school system and say it shouldn't be this way anymore? In the meantime, like my mother, who was a teacher, these people are going to do the job. Nothing can stop them.”

New episodes of Abbott Elementary air on Tuesdays at 9/8c on ABC. Past episodes are streaming on Hulu and on-demand.