“Please rise for the honorable Judge Steve Harvey.” The audience gasps, pearls are clutched as the TV personality hears arguments between small claims civil cases. Does Steve Harvey have a law degree? He does not. In many ways, the concept feels plucked out of an episode of Arrested Development in which actor Judge Reinhold becomes a TV judge in a show called “Mock Trial with Judge Reinhold.” But like that show-within-a-show, it’s still a lot of fun. 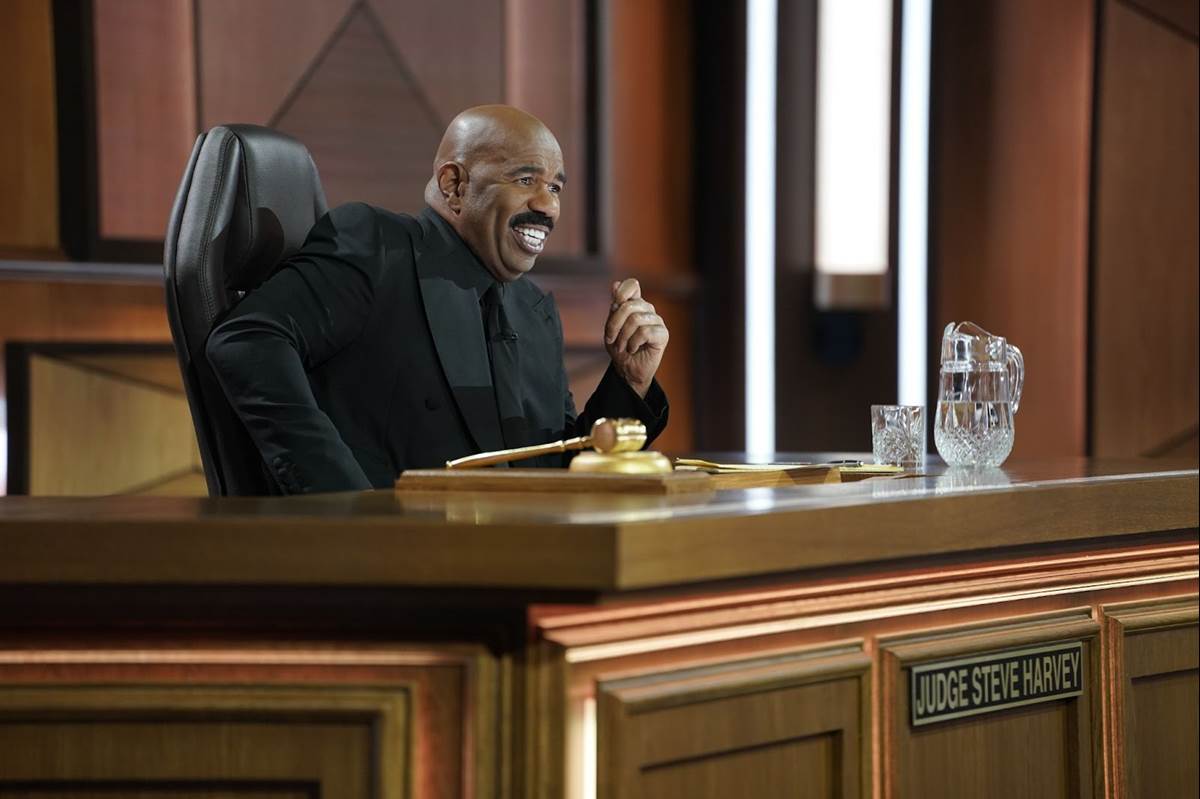 “Oh, you must think this is a real court,” Steve Harvey jokes with a plaintiff who tries to take the fifth. Unlike Judge Judy, which shows real arbitration cases with real legal consequences, Judge Steve Harvey is all about the law of common sense. Employing his hosting skills from other shows like Family Feud, he comedically interjects his opinions as the plaintiffs bicker.

All in the name of comedy, Judge Steve Harvey is a primetime affair. It’s a throwback formula, feeling like daytime TV from the 90s. Filmed in Atlanta, the premiere episode features three cases, two between siblings and one between neighbors. Steve Harvey determines if one party owes money to the other, but the drama is the real star, not the verdict.

Judge Steve Harvey is a feel-good unscripted comedy series. In the debut, premiering on ABC on Tuesday, January 4th at 8/7c, we see wronged parties feel validated by Harvey’s opinion, but also siblings mend a strained relationship. It leaves you wondering what will happen next, but you’ll have to tune in to find out.

Judge Steve Harvey airs on ABC on Tuesdays at 8/7c. Episodes will be available the day after air on Hulu.