Oscar-winning actor, director, activist, and ambassador Sir Sidney Poitier has passed away at the age of 94. In addition to his incredible roster of achievements, Sidney Poitier served as a member of the board of directors of The Walt Disney Company from 1995 to 2003. Former CEO and Chairman Bob Iger shared his sympathies this morning via Twitter.

Born on February 20th, 1927, Sidney Poitier was the son of tomato farmers on Cat Island in the Bahamas who traveled back and forth to sell their crops in Miami, Florida, where he was born. With just two years of formal schooling, Sidney discovered his fascination with movies at a young age and set out for New York City as a teenager to pursue his dream of becoming an actor. His thick accent held him back, but the determined thespian perfected his English by talking along to radio broadcasts. His first Broadway role came in 1946 in an all-Black production of Lysistrata.

Sidney Poitier’s film debut came in writer-director Joseph L. Mankiewicz’s No Way Out in 1950, a 20th Century Fox film. It was controversial at the time for its graphic representation of racial violence, but the role was also a cinematic milestone. As Dr. Luther Brooks, Sidney Poitier had the distinction of playing an intelligent professional Black man in a film from a major studio, one of many firsts in his career. The role that made Sidney Poitier most famous early in his career was as Gregory W. Miller in MGM’s Blackboard Jungle. Soon, critics were clamoring for Oscar nominations for the talented performer, his first coming in 1959 for his role in The Defiant Ones. This made Sidney Poitier the first Black male actor to be nominated in a competitive Academy Award category. 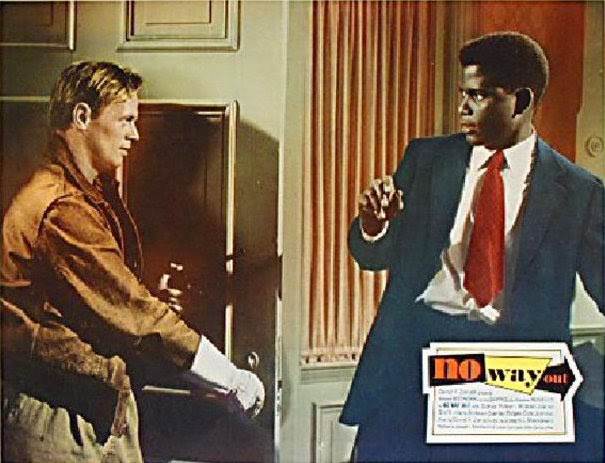 Never losing his love of the theater, Sidney Poitier starred in the original Broadway production of A Raisin in the Sun in 1959. This led to his role as Walter Lee Younger in the film adaptation in 1961. Sidney Poitier won his first Oscar in 1964 for his portrayal of Homer Smith in the United Artists film Lilies of the Field. Film work continued steadily in the 1960s, with popular films including To Sir With Love, Guess Who’s Coming to Dinner, and In the Heat of the Night as Virgil Tibbs, a role he would reprise twice in They Call Me Mister Tibbs! (parodied by Pumbaa in The Lion King) and The Organization. The role earned him Golden Globe Award and British Academy Film Award nominations.

With film roles that provided audiences with a more accurate image of African Americans, Sidney Poitier gave legitimacy to the Civil Rights Movement before he became an outspoken activist. Poitier’s good friend Harry Belafonte was a close friend and confidant of Dr. Martin Luther King, Jr. and the two were at the 1963 March on Washington. Poitier’s first wife Juanita Hardy made their home a meeting place for Civil Rights leaders including Ruby Dee, Clarence Jones, Ossie Davis, John Oliver Killins, and Malcolm X. Sidney Poitier would later play Thurgood Marshall in the ABC Emmy-winning television movie Separate but Equal.

In the 1970s, Sidney Poitier’s career shifted behind the camera. He was a co-founder of First Artists, a production company that operated from 1969 to 1980 with his producing partners Barbra Streisand, Paul Newman, Dustin Hoffman, and Steve McQueen. His directorial debut came in the Columbia Pictures film Buck and the Preacher in 1972, which he also starred in. One of his most famous director roles came in 1980 with the comedy Stir Crazy, starring Gene Wilder and Richard Pryor. The 1980s also marked a time of reflection for Poitier, who published This Life, an autobiography. One of his directed films from this era was also semi-autobiographical, a dance musical called Fast Forward. 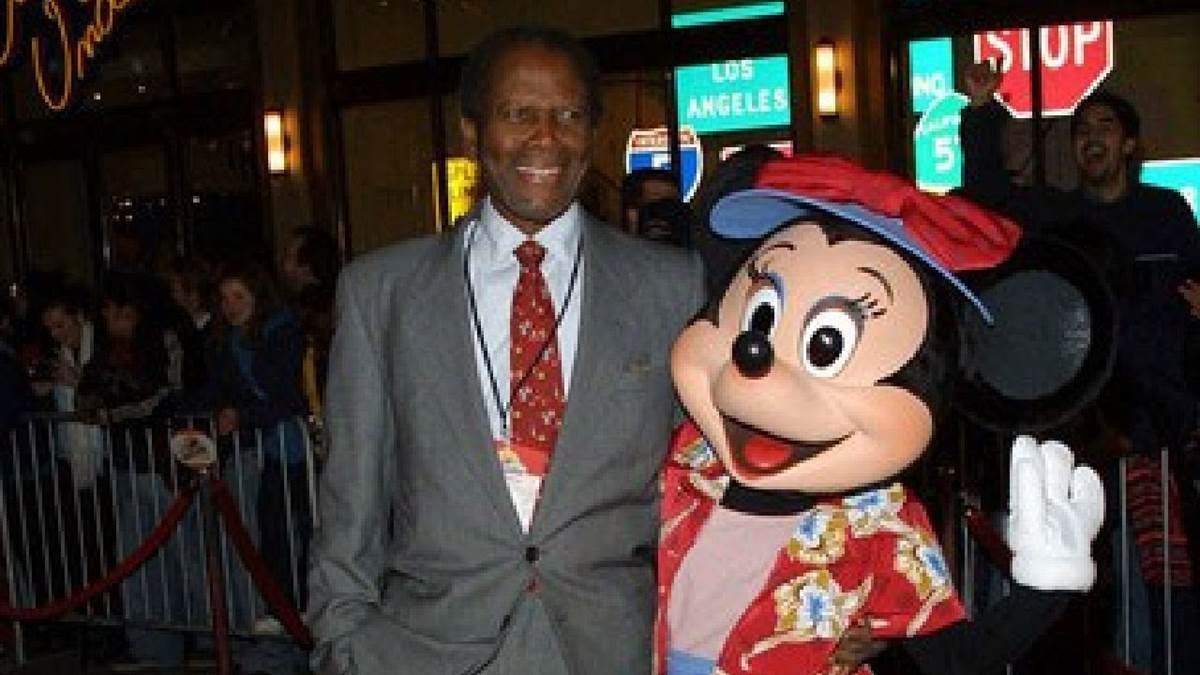 Sidney Poitier returned to acting in the late 1980s in the Touchstone Pictures film Shoot to Kill. His acting career continued throughout the 90s, but this period also brought new endeavors for the actor and activist. In 1995, Sidney Poitier joined the Disney board of directors, remaining with the company until 2003. In 1997, he was appointed ambassador of the Bahamas to Japan, a role he served for 20 years. He was also the ambassador of the Bahamas to UNESCO from 2002 to 2007.

Retiring from acting in 2001, Sidney Poitier was presented with an Oscar for lifetime achievement in film. His other awards and accolades include a Grammy Award, two Golden Globe Awards, and a British Academy Film Award. He was awarded the Golden Globe Cecil B. DeMille Award in 1981, AFI Life Achievement Award in 1992, a star on the Hollywood Walk of Fame in 1994, a Kennedy Center Honor and In 2009, and the Presidential Medal of Freedom from Barack Obama that same year. As a resident of the Bahamas, a British Commonwealth, Sir Sidney Portier was knighted by Queen Elizabeth II in 1974.

Sidney Poitier is survived by his wife Joanna Shimkus ​and five daughters, Beverly, Pamela, Sherri, Anika, and Sydney. He is preceded in death by his daughter Gina Poitier, who passed away in 2018. Our hearts go out to the family, friends, and fans of Sir Sidney Poitier.

If you wanted the sky i would write across the sky in letters that would soar a thousand feet high..
To Sir… with Love
Sir Sidney Poitier R.I.P.
He showed us how to reach for the stars

You were an incredibly beautiful, kind soul who changed the lives of so many, and a hero to all. The world was a much better place because you were in it, and we will miss you. RIP dear #SidneyPoitier 🙏🏻💔

This is a big one. No words can describe how your work radically shifted my life. The dignity, normalcy, strength, excellence and sheer electricity you brought to your roles showed us that we, as Black folks, mattered!!! It was an honor… https://t.co/xaPAjAlRtR pic.twitter.com/aqOmRqq7SN

We lost an elegant King today. Thank you Sidney Poitier. For not only opening the door, but for walking in this world with endless grace and excellence, so that today, still, we follow behind you, reaching toward the example that you set. Rest In Peace and in Power. We love you. pic.twitter.com/CP2ga9KiHu

Sidney was my inspiration, my guiding light, my friend. Sending love to Joanna and his family. pic.twitter.com/0UzVIyeJZV