TV Review: “How I Met Your Father” (Hulu)

Tags: How I Met Your Father, Hulu, Review, TV Review

How I Met Your Father is a charming comedy of hope and the possibility of love which gives Hilary Duff one of her funniest and endearing roles to date. Spun off from the mega hit comedy How I Met Your Mother, this new series features Duff as the eager for love and kind-hearted Sophie who navigates New York City in 2022 looking for that special someone. Kim Cattrall takes on the role of Sophie in 2050 as she tells her son the story of how she met his father. 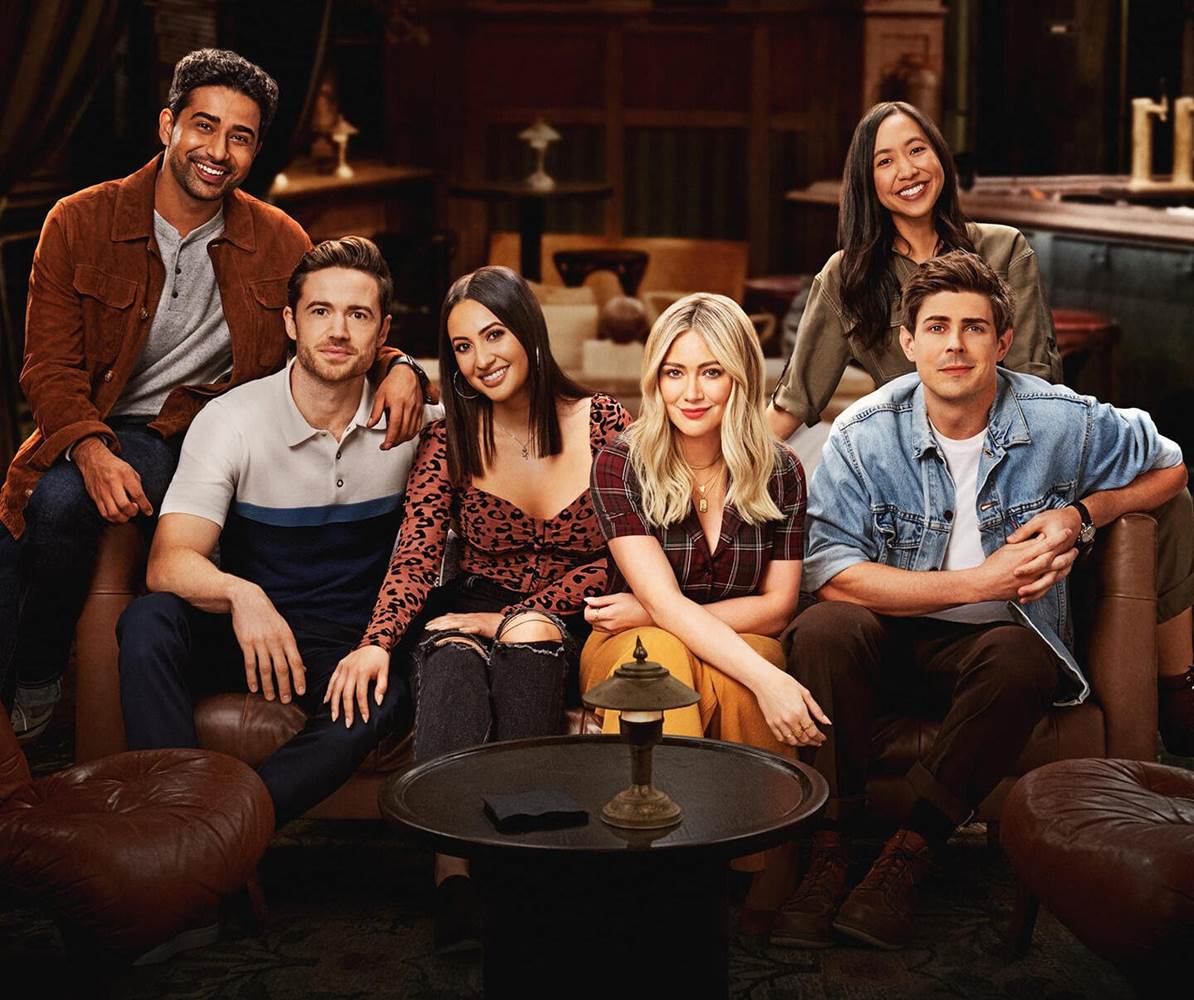 How I Met Your Father centers on Sophie as she navigates the world of New York City dating online. Sophie isn’t just looking for a one-night stand, she wants true love. Meeting people in 2022 is difficult, so lovelorn Sophie is forced to navigate the world of online dating through Tinder.

But hope is not lost. Sophie has a date with Ian (Daniel Augustin) and while riding in an Uber to the date, she meets Jesse (Christopher Lowell) and Sid (Suraj Sharma). Her date is a success but the long-term possibility of a relationship with Ian is in doubt. Fortunately, Sophie has found something else, friends that will become a family.

The identity of the father is unknown and won’t be revealed for quite some time, (should this show find the success of the original series). Audiences will be drawn in by Hilary Duff and her ability to bring new life to an established formula. Sophie and her friends are not focussed on their careers but living in the moment. Meeting people, and maintaining a relationship in 2022 is hard, and the show does due diligence to the trials and tribulations of modern couples. 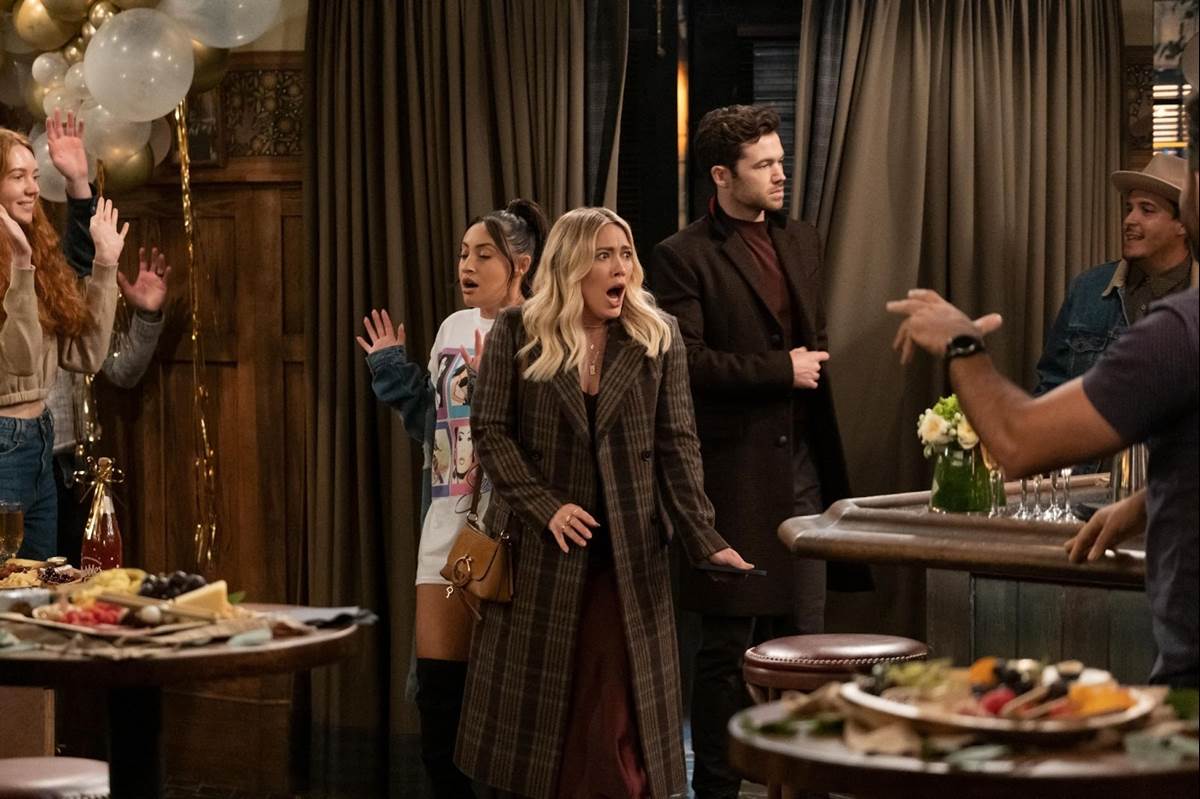 While Sophie is the lead, How I Met Your Father shows audiences a world that is overloaded with complications to romantic success. Sophie navigates a world of online dating, Sid must make his engagement work with his fiancé working in Los Angeles, and Charlie abandons wealth and privilege to be with Valentina in New York City. Jesse is a hopeful romantic whose proposal to his girlfriend was turned down and became a viral YouTube video. In Sophie’s close orbit, it is difficult to meet people, and when you do it’s important to keep them close.

Created by Isaac Aptaker and Elizabeth Berger, How I Met Your Father has a tough road to travel. Following in the wake of such a successful sitcom, this new series must somehow pay homage to the first show but strike out on its own and differentiate from the original.

Having watched the original when it was broadcast on CBS, I wondered how Aptaker and Berger as well as the cast would create something unique and new from a well-known formula. I am pleased to say that How I Met Your Father walks a tightrope of expectations that even famed daredevil aerialist Nik Wallenda hasn’t encountered. Not only does the show stick the landing with a perfect ten, but also makes the audience want to see more.

One of the biggest differences between the original show and How I Met Your Father is the enlarged cast. Unlike the first series with a core cast of five characters, now we have nine that are part of the narrative. The show quickly introduces the characters and forms them into a circle of friends with little explanation, but it works. By episode two a viewer won’t be thinking about how Sophie became good friends with Jesse and Sid so quickly and will accept the group dynamic. 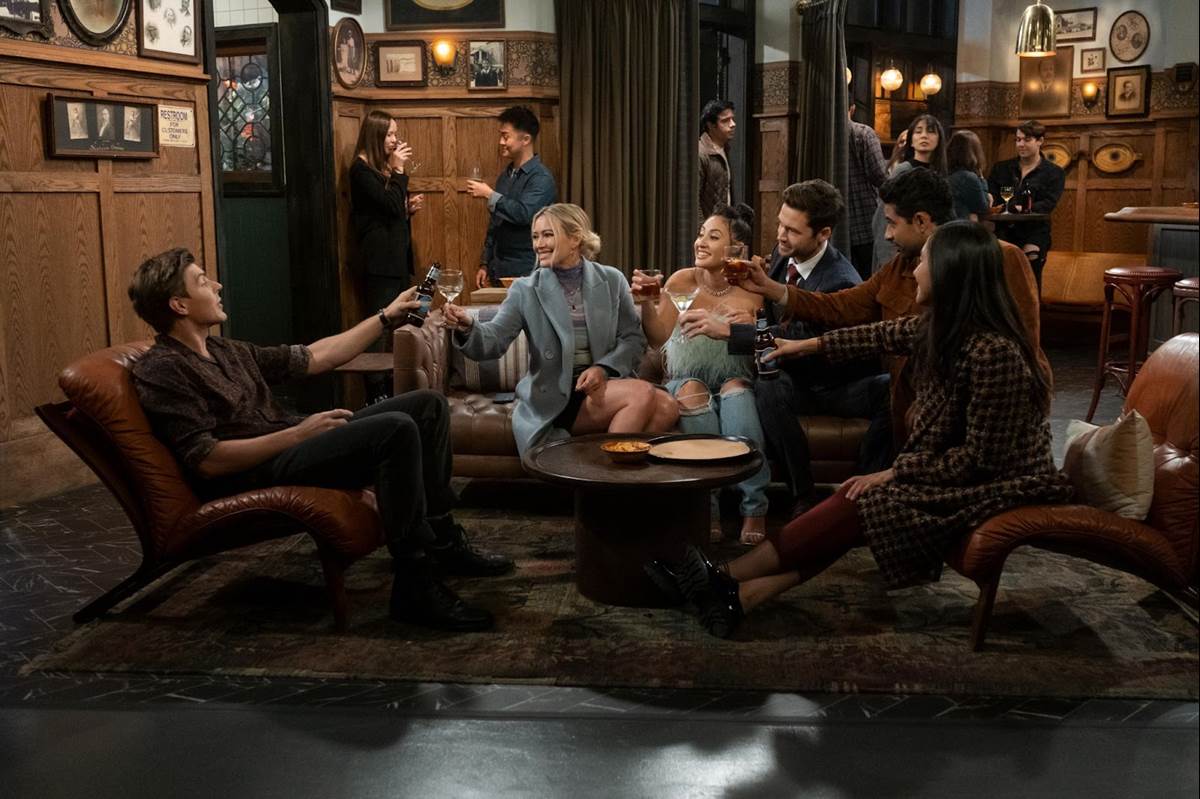 Having Jesse and his sister Ellen (Tien Tran) reconnect after years of estrangement is a perfect addition to the show. How I Met Your Father is not just the story of Sophie, but also the people in her life at this important time when she met the future father of her child.

With a superb cast of talented actors, a premise that is engaging, and a hilarious performance by Tom Ainsley as Charlie, How I Met Your Mother is a comedy that will make you laugh. This new series will entertain fans of the original series and entice new viewers to this positive alternative world from COVID-19.

Populated with a strong cast and intelligent and witty writing, How I Met Your Father is a standout success. Hilary Duff is masterful in the lead and confirms to the audience that we should root for Sophie and follow her on her journey.

How I Met Your Father premieres on Hulu January 18.