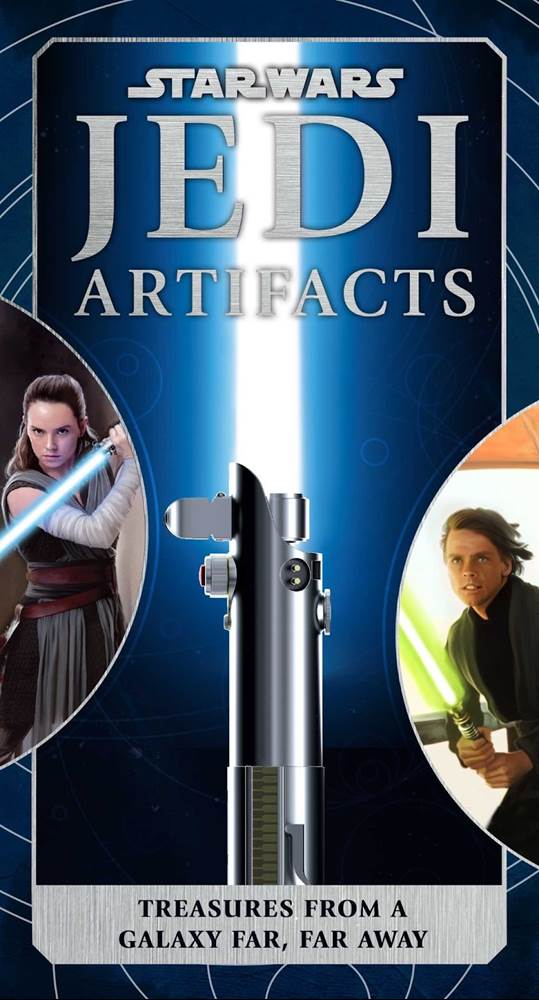 If I had to list the first ten individual words that come to mind when I think of Star Wars, “Jedi” and “collecting” would both probably be in there. That’s why the new novelty reference book Star Wars: Jedi Artifacts from Insight Editions makes so much sense– it combines useful information about the legendary Jedi Order with actual, physical keepsakes of the warrior monks.

Actually, Jedi Artifacts isn’t so much a book as it is an attractive assortment of trinkets and ephemera that would likely appeal to anyone seeking more knowledge about the Jedi– or looking to expand their own personal array of Jedi collectibles. 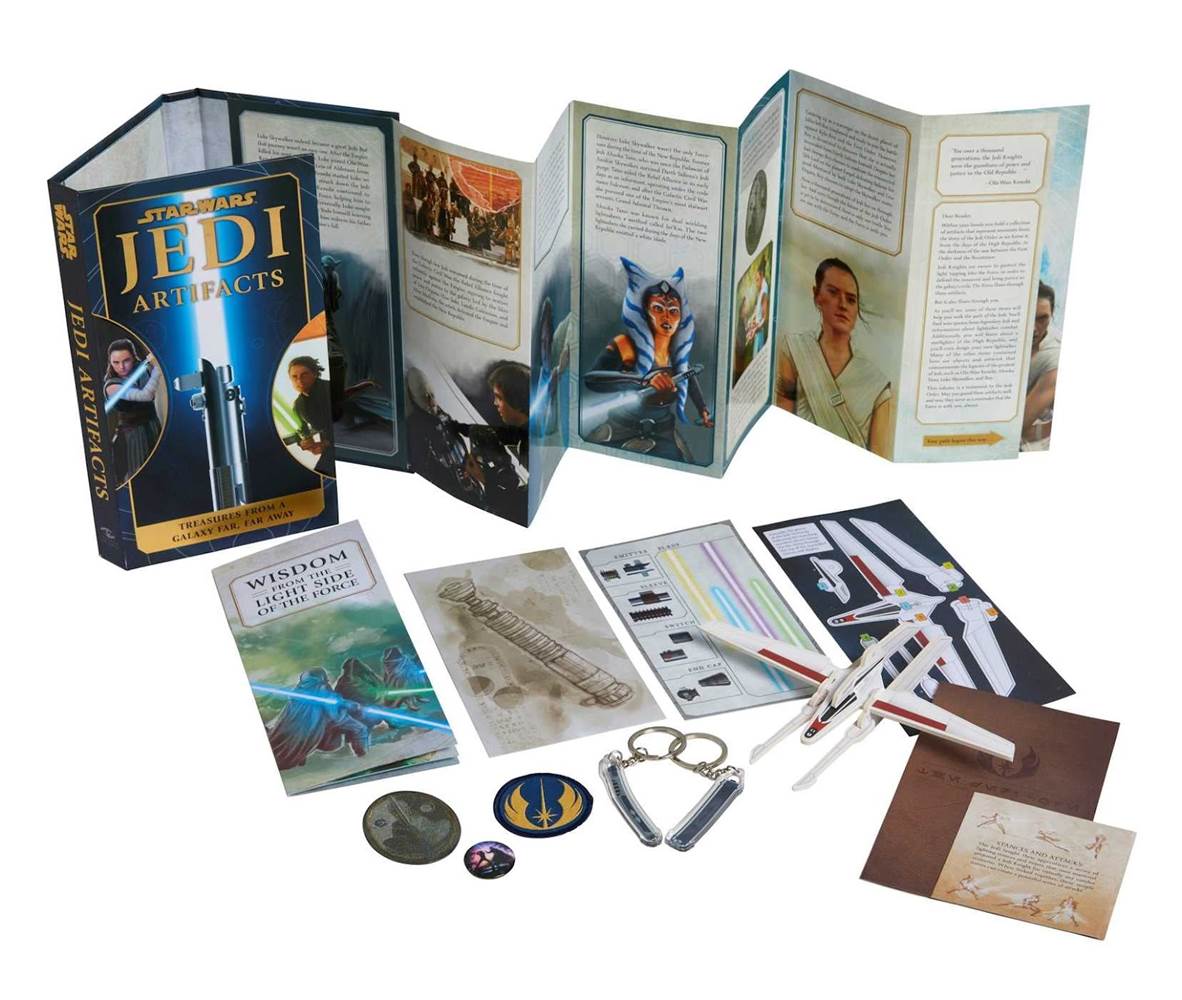 The first things one finds when opening up Star Wars: Jedi Artifacts is a letter to the reader, explaining that what’s contained therein represents “moments from the story of the Jedi Order as we know it,” dating as far back in the interconnected Star Wars timeline as Lucasfilm’s The High Republic publishing initiative and following through to The Rise of Skywalker and the conclusion of the Skywalker Saga. What follows is a brief history, as it were, of Jedi Knights and Masters like Yoda, Anakin Skywalker, Kanan Jarrus, Obi-Wan Kenobi, Luke Skywalker, Ben Solo, Ahsoka Tano, and Rey. But the real draw of this boxed set is the dozen items contained within: (SPOILERS: stop reading here if you don’t want to know the full contents of Jedi Artifacts prior to purchasing the book for yourself) (1) a sticker sheet that allows owners the opportunity to design and construct their own custom lightsaber, (2) a bumper sticker featuring the cast of characters from Star Wars Rebels, (3) a journal entry written in the Star Wars language of Aurebesh by Obi-Wan himself during his exile on Tatooine, (4) a small button depicting Luke and Vader’s lightsaber duel from The Empire Strikes Back, (5) dual Ahsoka saber hilt keychains, (6) a magnet showcasing the mosaic art from the Ahch-To temple in The Last Jedi, (7) a Jedi Order insignia patch, (8) a guide to lightsaber combat stances and attacks, (9) a diagram of a saber’s inner workings, (10) a handy pocket-sized reminder of the Jedi Code, (11) a 14-page pamphlet boasting “Wisdom from the Light Side of the Force,” and (12) a buildable cardboard/foam model of a Jedi Vector starfighter from The High Republic. 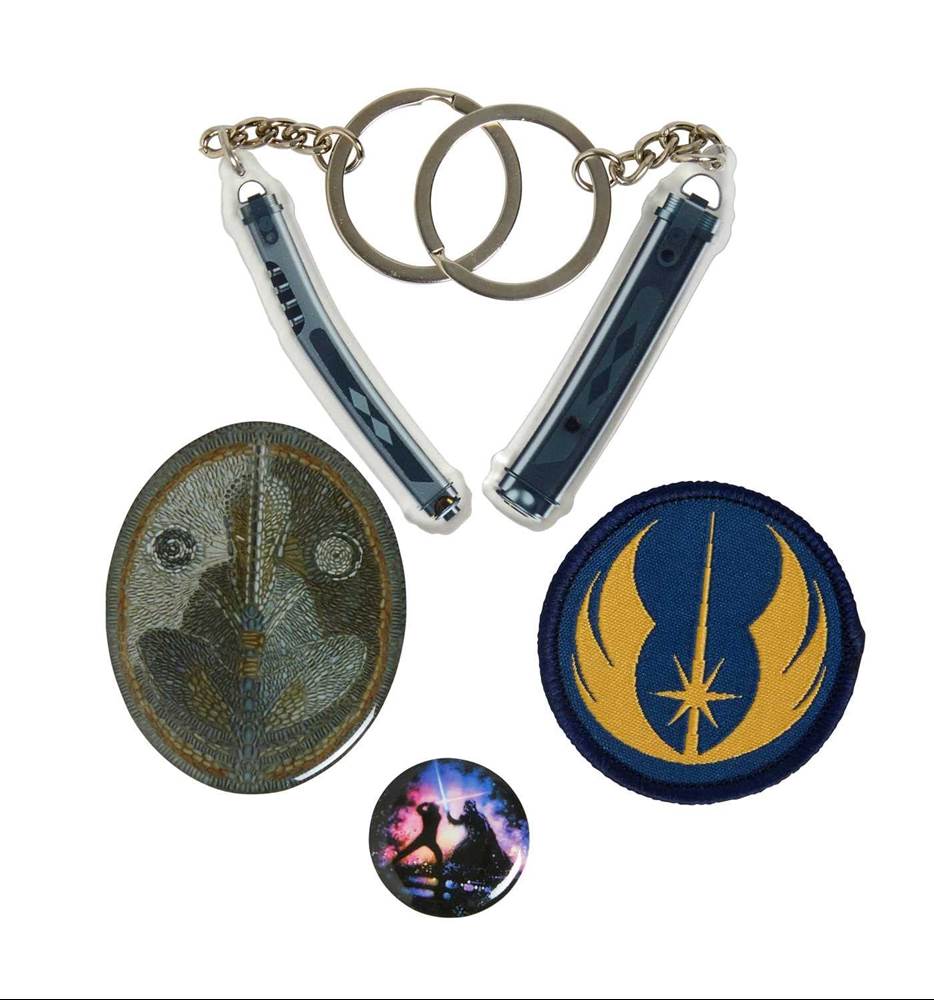 Obviously not all of these pieces are going to be quite as desirable as the others (my personal favorite is the mosaic magnet, because I’ve admired that artwork since I first saw it in the movie), but it’s definitely a cool, eclectic assortment of conversation starters. Some of them would look great sewn or pinned onto a Star Wars aficionado’s backpack, while the Vector model would fit right in hanging from a ceiling or shelf via the included length of red string. At an affordable $25 price point, I’d say Jedi Artifacts would make a pretty nice gift or stocking stuffer, which is why it’s fairly surprising it didn’t come out in time for the holiday season. Still, while this is one of those merchandising things that I don’t feel is necessarily a must-have, I bet there are a lot of fans out there who would get a big kick out of several or more of the enclosed elements. Younger kids may learn a thing or two about the larger Star Wars mythology, while older devotees might simply like the way the spine looks on their bookcase. As a publisher, Insight Editions has become known for their high-quality pop-culture reference books over the years, and Star Wars: Jedi Artifacts– while it won’t take any age group very long to read through– is no exception. 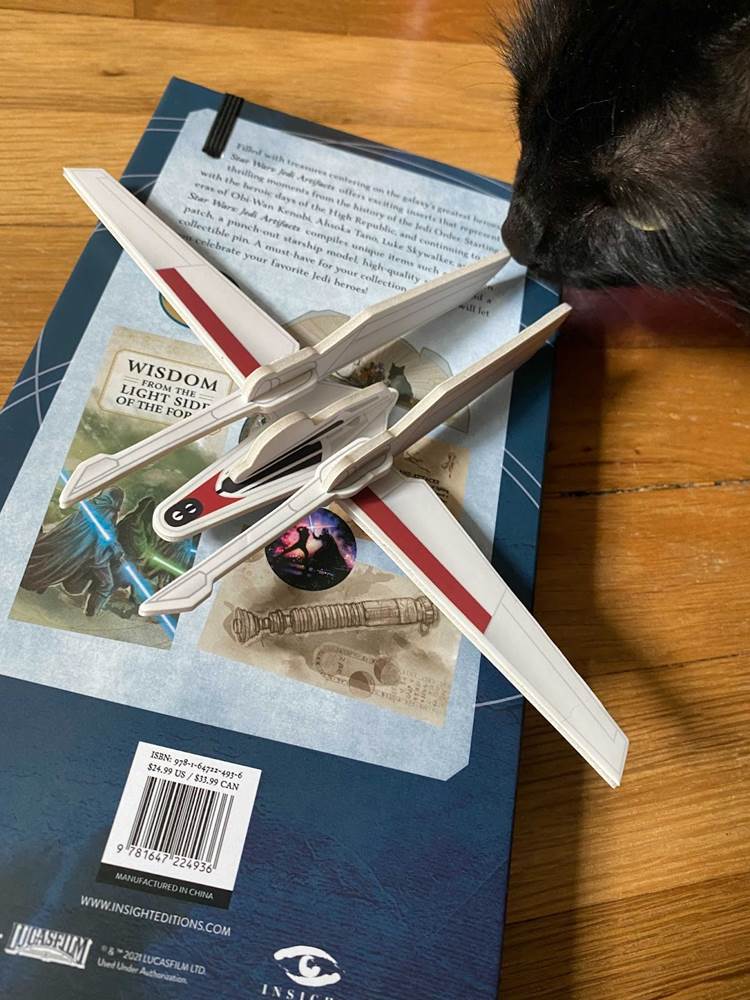