Starting the episode off in 2050, Sophie (Kim Cattrall) continues her story about how she met the father of her son. Describing how sometimes kids can have a blind spot for their parents, the show steps back to 2022. 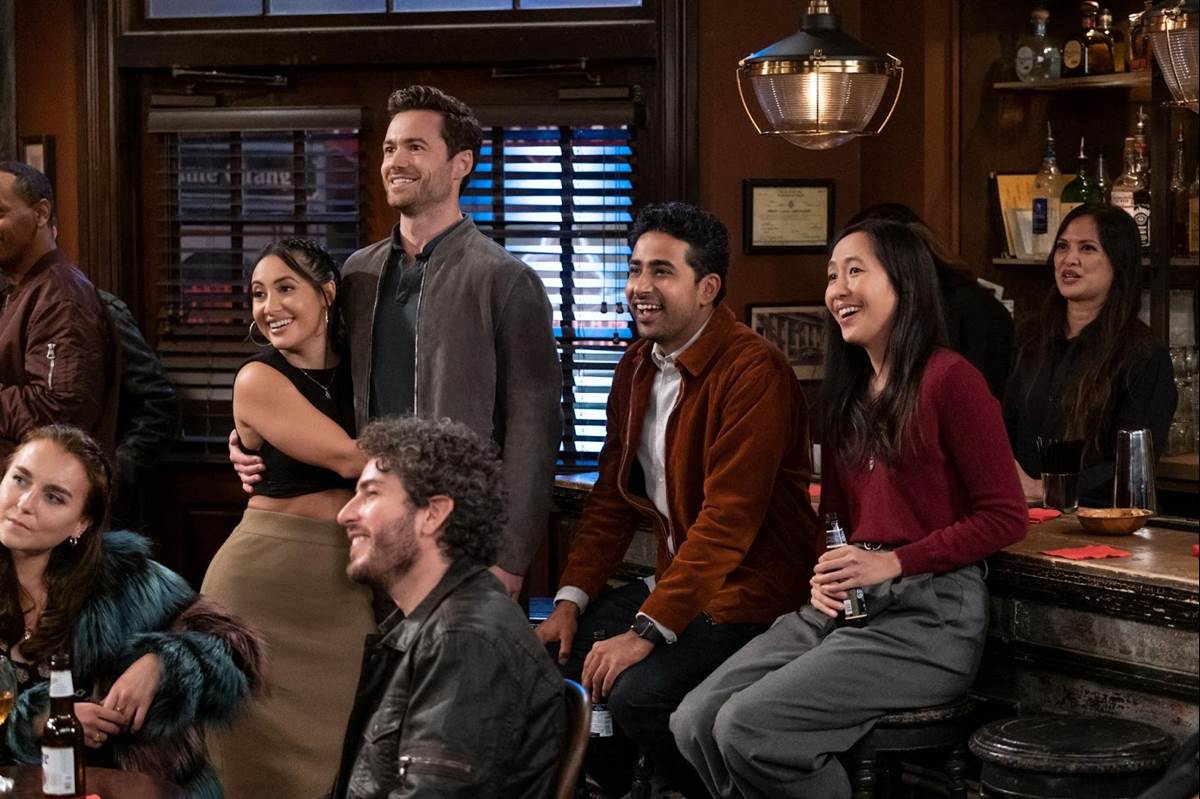 In the present-day, Sophie (Hilary Duff) is happier than she has ever been. Her relationship with Drew (Josh Peck) is going well, and tonight, she is going to attend Drew’s games night with his friends. This is a big step in the relationship, and Sophie is excited. All is going well until Lori (Paget Brewster), Sophie’s mom arrives on her doorstep.

Lori is in town to see her newest boyfriend perform at a local club The Happy Idiot, Sophie reverts to her fixer mode of childhood, worried that her mom’s newest fling is only going to break her heart. Remembering the string of failed relationships that her mom experienced when she was young, Sophie doesn’t want to see her hurt again. Canceling plans with Drew, Sophie agrees to come to the club but drags Valentina (Francia Raisa) along for support.

Despite invitations to all the friends to join them, the response is less than enthusiastic. Charlie (Tom Ainsley) has a revelation that he wants to devote his life to helping people. His first ‘client’ is Jesse (Christopher Lowell) who refuses to go to The Happy Idiot because that was the site of his viral proposal failure. Charlie forces Jesse to watch the video and after that, the group departs for the club.

Sophie is stunned to learn that her mother’s boyfriend is twenty-seven, and genuinely seems to be a nice guy. Thinking that her mom has finally found a stable relationship, Sophie is dismayed to learn from Valentina that her mother is cheating on her boyfriend with the tour manager. A heart to heart between mother and daughter ensues and Lori admits to Sophie that it was her fault for all the failed relationships, and not the guys. Sophie has always had a blind spot for her mom. Now at thirty, she sees her mom for who she really is and not some made up image in her mind.

Meanwhile, Ellen (Tien Tran) is having some modest success in the relationship department. After hitting it off with a neighbor named Rachel, the two meet at the club, where the instant connection they had fizzles after Charlie mistakenly gives Ellen bad advice.

Patching things up with her mom, Sophie decides that The Laughing Idiot is not the place for her tonight. She leaves her friends to meet up with Drew. But the friends are not done with the club yet. With Charlie’s encouragement, Jesse gets back on stage at the club for the first time and feels comfortable with himself.

Charlie, convinced that he is a genius, has decided what he wants to do with his life. He’s going to be a psychiatrist. That is until Valentina tells him that would require years of schooling to achieve. Sid (Suraj Sharma) sees an opportunity. Wanting to help people, by offering advice, Charlie would be perfect as a bartender for his bar and hires him on the spot. The show ends with Sophie arriving at Drew’s for games night. Thanks to an unexpected visit from her mom, Sophie is a little wiser about her future after coming to terms with her past. 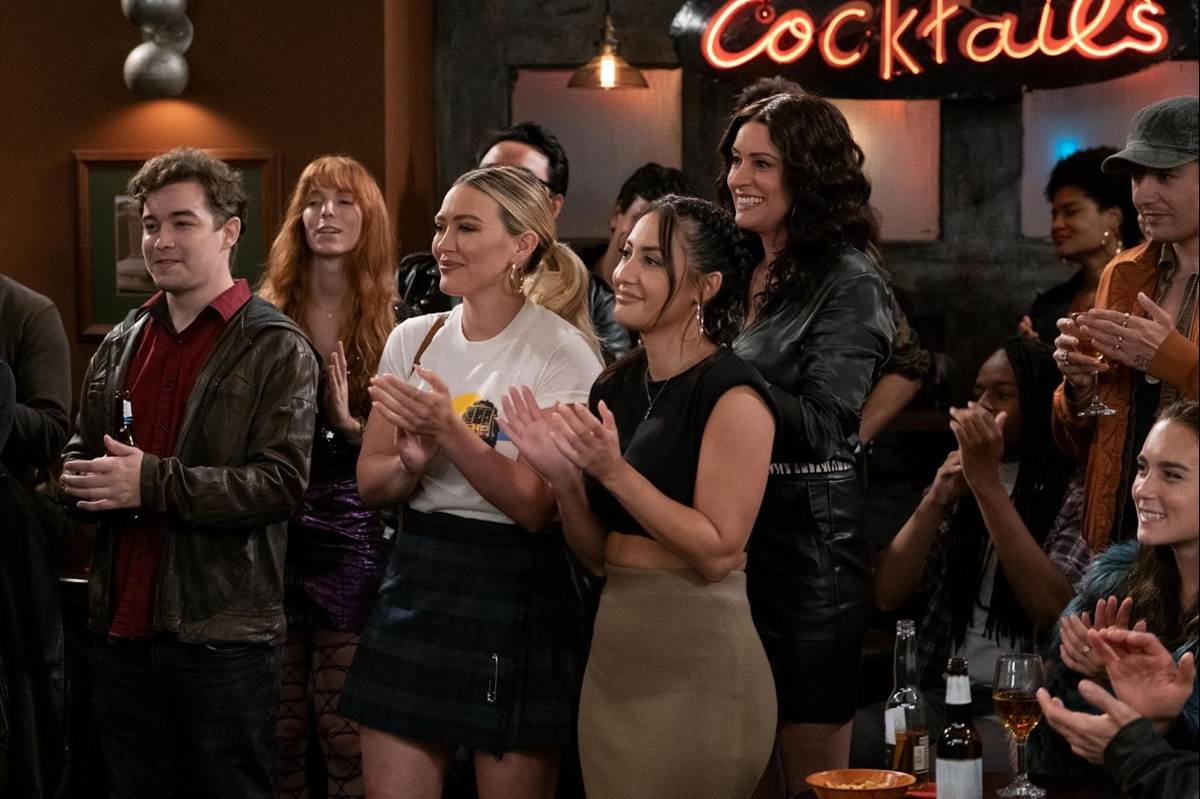 HIMYF continues to grow with episode 5. The arc in this story propels the characters into a big leap. Sophie comes to terms with her mom, Charlie finds some direction, Ellen begins to date again, and Jesse finds some peace to his viral video shame.

Other shows might have gone the after school special route with the Sophie/Lori conversation, but I liked how the dialogue between Hilary Duff and Paget Brewster seemed real. The show kept the scene simple, and while Lori is portrayed as a bit of a wild child in her youth, Paget Brewster makes so much with the time she is given and lets the audience know that Lori is not a caricature but a human.

The growth of Jesse and Ellen is a much-needed boost for the show. Giving Tien Tran a subplot to herself is a joy. Mining the viral video is long overdue and Christopher Lowell is hilarious on stage at The Laughing Idiot.

Tom Ainsley is starting to breakout in his role as Charlie and making him a bartender at Sid’s bar Pemberton’s is a necessary step which will hopefully mean more scenes in the bar. Charlie will be hilarious at his new job.

HIMYF is continuing to grow. While the audience explores the series looking for clues to who might the father be, a creative and funny sitcom is brewing with a talented cast that is gelling as an ensemble.