“Angela Black is a thriller; It’s a very Hitchcockian thriller,” Jack Williams of Two Brothers said while introducing a TCA press conference about the new Spectrum Originals series. “We wanted to write a show that was about finding suspense in the little moments and the little details. It’s also about a very important issue that felt to us like something we needed to write about.” 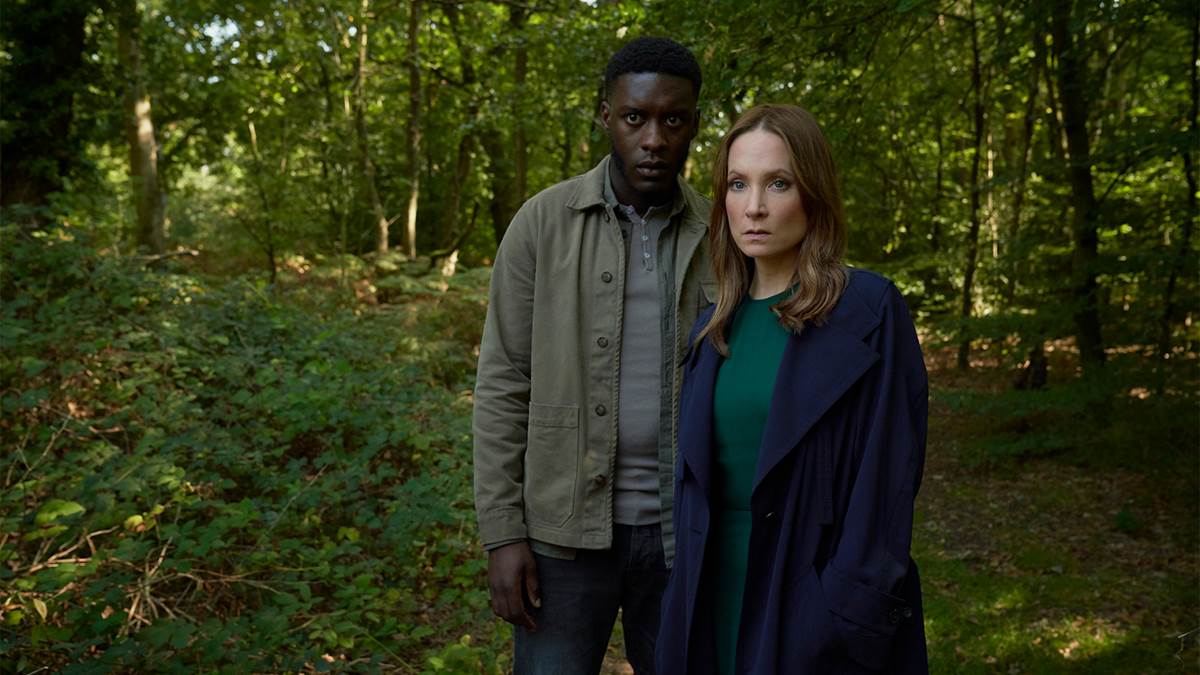 The issue is domestic violence, a subject the creators didn’t approach lightly. “We did a lot of work with Women’s Aid,” executive producer Christopher Aird revealed. “We also talked to some other psychologists about the psychological reality of what women in Angela’s position are going through, and the effect that it has… You really start to understand what an enormous psychological effect this abuse has had on her.”

Playing Angela Black is Joanne Froggatt of Downton Abbey fame, who did her own research to find her character. “I read three books,” she explained. “One called You Can't Run by a woman called Mandy Thomas, one called Beautiful by Katie Piper, and one called Brutally Honest by Melanie B., all giving very differing accounts of their own experiences of domestic abuse, psychological and physical. But all three women writing incredibly openly and candidly and viscerally about their experiences.” Joanne also worked with Woman’s Aid, sharing that the organization wasn’t just involved with the scriptwriting process, but also Joanne’s portrayal of a woman in an abusive environment. “They pointed me in the right direction of really useful research material. I spoke to some of their counselors. I also watched a lot of documentaries. I just wanted to sort of immerse myself as much as possible and in the subject matter find out as much information as possible from a psychological side and also the obvious emotional side because I need to play Angela. And I then from there wanted to build a character and build a psychological profile for her, if you like, that I wanted to know what she's thinking, what she's feeling throughout the whole journey that we find her on.”

The journey she finds herself on is one where Angela appears to have a perfect life to onlookers. It isn’t until a private investigator named Ed comes into her life that everything falls to pieces around her. “He’s a real mystery man, very much an enigma in the show,” Samuel Adewunmi said about his character, Ed. “I think he acts as a catalyst for disruption from what has become the norm for Angela and Olivier, which shouldn’t be normal for anyone, to be honest, but we know what the topic is about in terms of domestic violence, and Ed just seems to be the catalyst to trying to change Angela’s path or Angela’s story. And I think when we meet him, even though he is shrouded in mystery, and even though we may feel as if we can’t trust him, when I first read the script I felt like he was just someone that really empathized for Angela and saw that she was a woman in a really difficult situation that no one really deserves to go through what Angela went, but Angela especially didn’t.”

How Ed finds Angela is a mystery and viewers will have to tune in to find out how the story unfolds. All six episodes of Angela Black are now streaming exclusively for Spectrum subscribers.