Marvel Studios Assembled continues to give us a look behind the scenes into the making of our favorite Marvel Cinematic Universe projects. The latest installment feels a bit different because it takes a look at a very different type of Marvel film. While this new documentary follows a similar format to what we’ve seen before, the making of Eternals has some different things to show off as well. 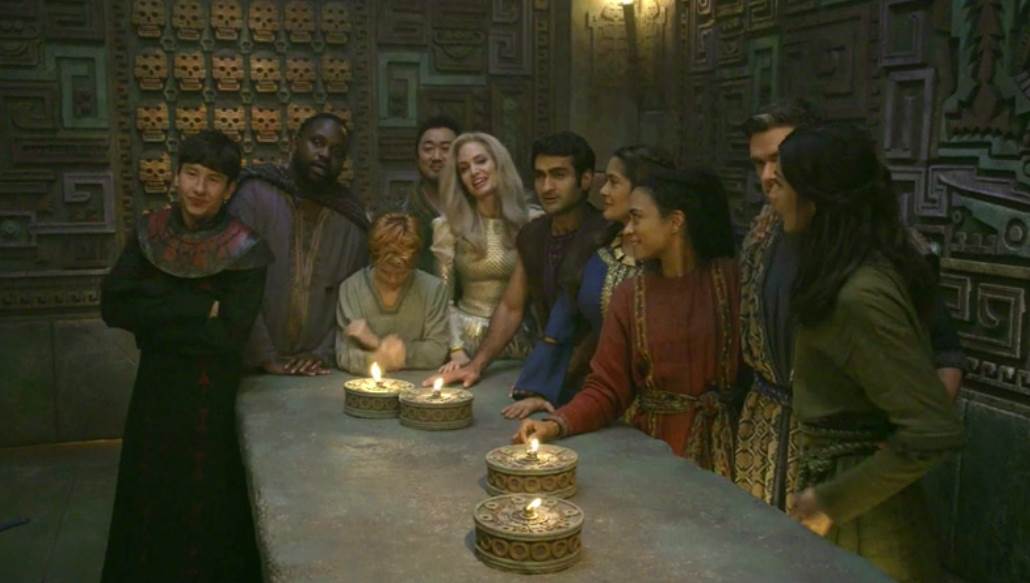 One of the elements of this doc that was familiar was the mention of the film’s comic book influence. Of course, the creators of this film give plenty of credit to comic legend Jack Kirby, who created the characters upon which this film is based. However, they also give a lot of credit to writer Neil Gaiman, whose 2006 run on “Eternals” was possibly the most popular for the characters.

And what makes this film so different from previous Marvel Cinematic Universe films is the sheer number of brand new characters. This film isn’t takes with simply introducing us to Captain America or Iron Man, nor does it have the luxury of leaning on a half dozen prior films for context on the members of its super team. Instead, this movie has to introduce the audience to 10 brand new characters who make up this titular team of heroes.

And the doc leans into that, devoting a segment to the cast describing each of the characters. It’s a nice touch because it is symbolic of how the film had to efficiently introduce each character and also get their audience invested in each of their individual stories. Plus, it’s just fun to hear each member of the cast describe these characters with one word. 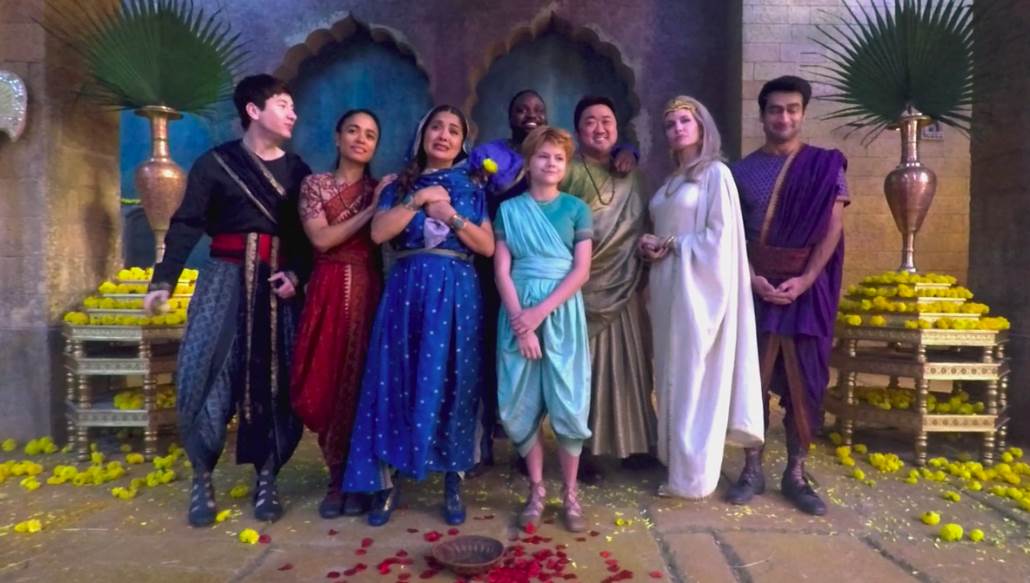 One character that is unfortunately left out of this segment however, is Dane Whitman. It’s understandable, as Dane isn’t actually one of the Eternals and has a much smaller role in this film. However, he appears to be set for a much larger role in the MCU going forward and does have some pivotal moments in this film that may have left some fans puzzled, including his incredibly intriguing post-credits scene. A bit of explanation on this character as well as some context from actor Kit Harrington would have been nice here.

One of the fun moments that we’ve seen before in this type of documentary is the cast coming together for the first time at Comic-Con. When we watch these huge blockbuster movies, it’s easy to forget that the actors portraying these larger-than-life characters are simply people and getting to hear them talk about this experience brings us back to reality.

Hearing about how these actors have been fans of the Marvel films for such a long time and how excited they are to finally become a part of that world is always fun. There are plenty of examples of things like that in this doc, including Kumail Nanjiani mentioning that he just hoped that one day he could be a guy that fixes Captain America’s computer and Lauren Ridloff being starstruck when her co-star Angelina Jolie told her she was a fan of The Walking Dead. Salma Hayek also talks about the pressure of being presented as the next Marvel stars to an audience of fans while also presenting themselves to each other for the first time. A large portion of this documentary is also dedicated to the production design of the film, and rightfully so. Credit is once again given to Kirby and Gaiman for the influence on the design, but production designer Eve Stewart takes us through some of the details on the amazing sets we see in the movie. It’s amazing to see the amount of work that goes into creating these massive environments. This isn’t necessarily something we haven’t seen before, but the scale of this movie is so much bigger than many of the others and the sets reflect that.

The Domo, the starship of the Eternals, is one of the most impressive sets and the doc spends a fair amount of time specifically focusing on that one. Stewarts talks about the design of a triangular ship to make it different from ones we have seen in other films and even explains that she had scientists confirm for her that this design would function well because the triangular shape would be conducive to a vertical liftoff. Hayek also praises the production team because the ship doesn’t have the typical futuristic look like we’ve seen in so many films before.

The coolest moment of the documentary without a doubt comes form the conversation about the costumes though. First off, seeing all of the work and attention to detail that went into the creation of these stunning costumes is nothing short of jaw-dropping. Then, hearing about Brian Tyree Henry’s reaction to his Phastos costume, is the most relatable moment perhaps in any iteration of Assembled to date. It is certain to put a smile on your face. 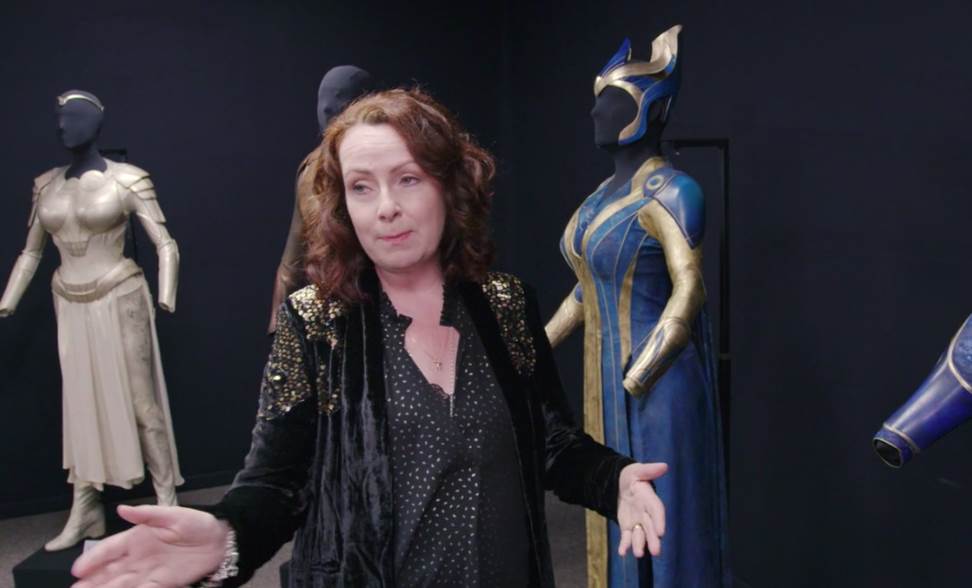 They also make it a point to discuss the difference of shooting much of the film on location as opposed to in a studio. Director Chloe Zhao not to fight the elements like the wind and the sun while filming, but to use them in order to give the film a sense of authenticity. Some of the actors share their surprise at how little they were actually in a studio while filming this movie.

Overall, this is one of the strongest installments of Assembled simply due to how different this film itself is. Eternals was truly a departure from anything we had seen in previous Marvel films and this documentary reflects that. It’s also just a beautiful movie, from the scenery to the costumes, and the doc gives us a great extended look at how all of that came together.

You can watch Marvel Studios Assembled: The Making of Eternals on Disney+ now.