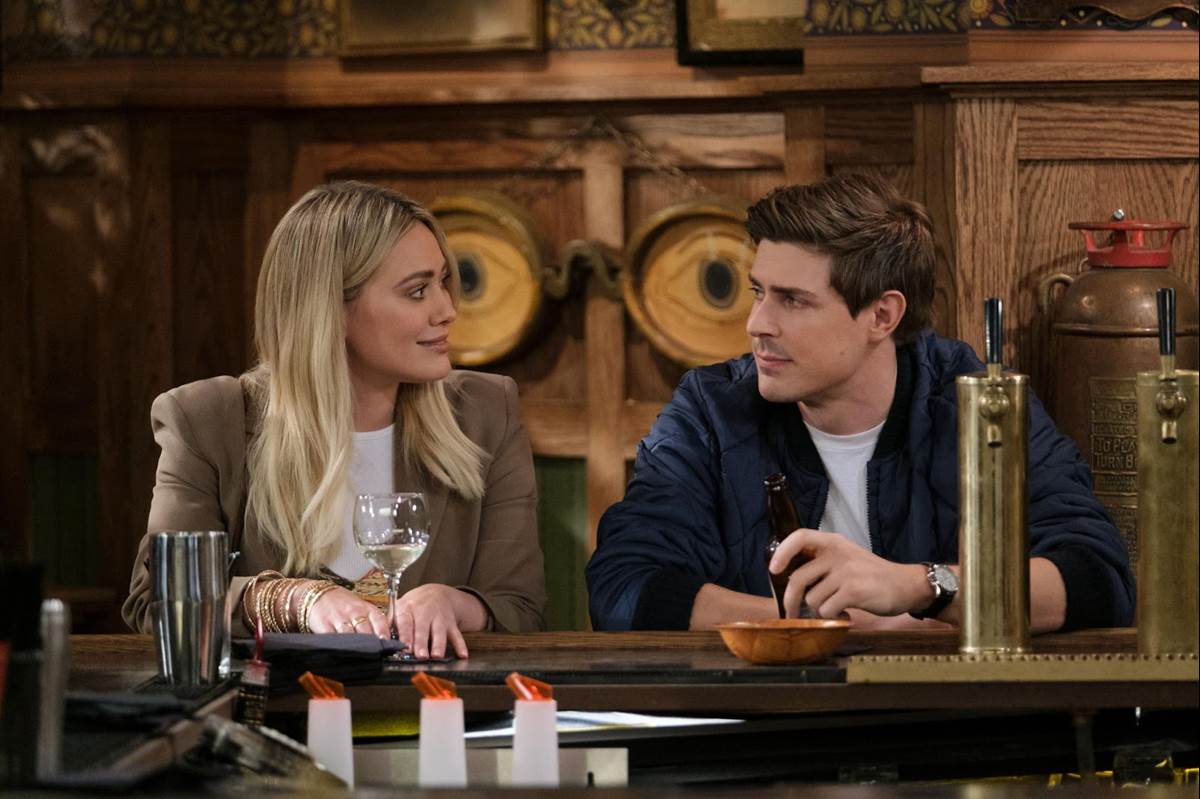 Meanwhile at Pemberton’s, Charlie (Tom Ainsley) is loving his job as bartender. Filled with a sense of purpose, Charlie gloats about his five-star Yelp reviews to Valentina, Sid, Jesse, and Ellen (Francia Raisa, Suraj Sharma, Christopher Lowell, and Tien Tran). While everyone is happy for Charlie, Sophie arrives to share her big news, and to ask for a favor. She needs an assistant for the party job, and Valentina is begged into helping her friend.

Jesse and Sid have a mountain of tasks to accomplish. Sid is focusing on wedding details and Jesse is looking to recapture some of his magic for song writing. The two friends try to enact their isolation method of staying inside their apartment to finish their work, but it doesn’t go as planned.

From an annoying pigeon, the two fall down a rabbit hole of YouTube videos, which leads them to painting their faces like birds and an invasion of pigeons from an open window. Thinking they can get rid of the birds by moving snacks to the fire escape, Sid and Jesse get locked out of the apartment on the fire escape.

Charlie is laser focused on his Yelp reviews and is shocked to see a low rating. Trying to determine who the reviewer is, Charlie persuades Ellen to help him find the culprit. At the bat mitzvah, Sophie is distressed to learn that the director’s daughter, Rivka, is an incredibly popular Instagram influencer, who refuses to have her picture taken by Sophie. Valentina on the other hand is desperate to make friends with Rivka to help her own social media profile.

Without a picture taken yet, Sophie is starting to panic at the party. Adding further troubles to her list, Valentina seems to be more interested in helping herself instead of Sophie. When she confronts her friend, Sophie learns that despite all the positive projections of success, Valentina is living a less lavish life then portrayed. The friends reconcile and learn that Rivka has stolen some pills from Valentina’s purse. While Rivka and her friends think they have taken some illicit drugs, in fact, they have taken probiotics and cold medication.

Sophie puts this placebo effect to use and threatens to tell Rivka’s mom if she doesn’t cooperate. Worried about losing access to her phone, Rivka complies, and Sophie becomes the belle of the party. Impressed by her work, the gallery director agrees to review Sophie’s portfolio.

Charlie wants to make amends with Ellen and writes his own personal Yelp review for Ellen. While the thought is sweet, his writing and use of her phone number attracts some creepy callers. Jesse and Sid get saved from the fire escape, and though he thought he wouldn’t be able to write any music again, looking at the good luck bracelet that Sophie gave him, Jesse starts composing on his keyboard. 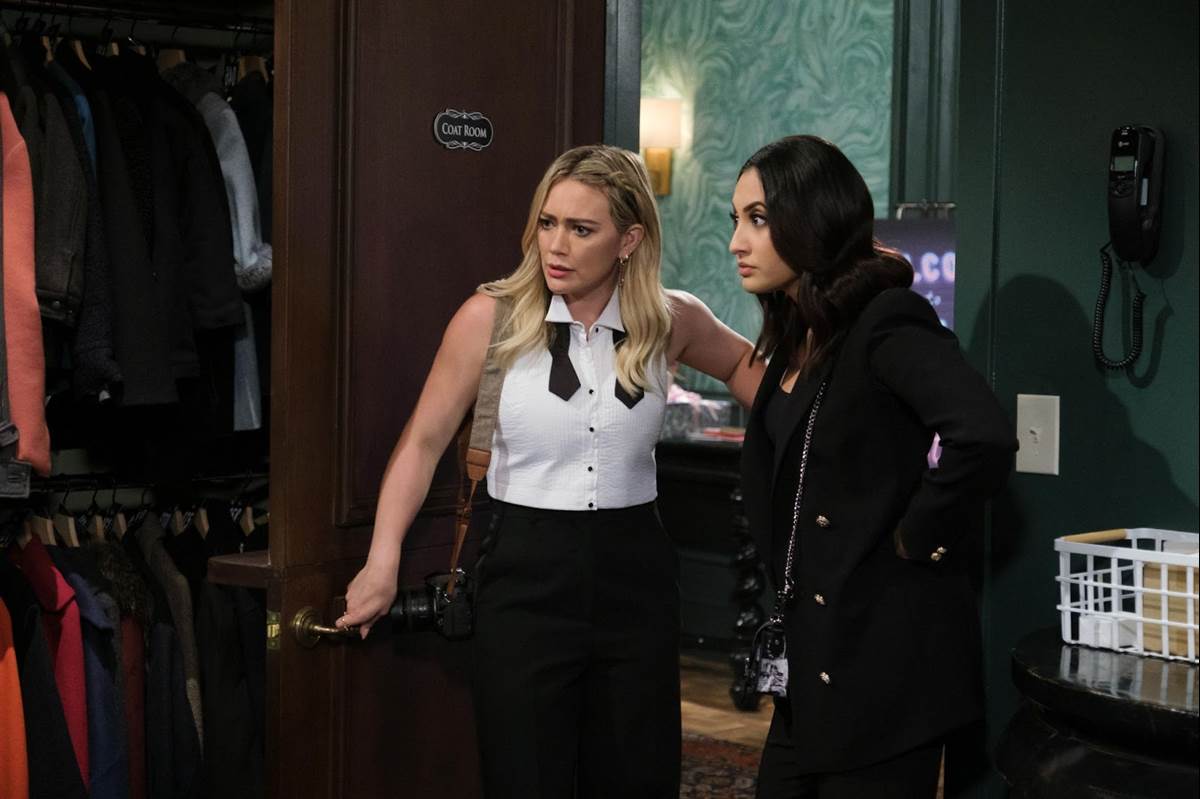 Tom Ainsley is comedic gold. His role as bartender at Pemberton’s is tailor made for the character, and Ainsley makes Charlie not only the joyful silly character that HIMYF needs, but also the guy someone could turn to for honest advice. Each episode continues to let Charlie find more opportunities to be funny, and that is what this show needs to do.

I liked the fact that this episode is about Sophie trying to succeed in her profession, and not always focused on her relationship with Drew. Josh Peck is great, but to maintain interest in the show, viewers need to know Sophie, and this episode flushed out who Sophie is. I’m pretty sure this is the first time we have heard that Tompkins is her last name.

While everyone in the cast has got a little bit of depth added to their characters over the last few episodes, this week allowed us to peel back the flashy side of Valentina and see the real person behind the fashionable and confident friend of Sophie’s.

I initially considered the large cast too much to show compelling stories, and I was wrong. Having targeted arcs that allow each character to shine in subsequent episodes has built a wealth of interest in the show and kept each episode fresh with surprising depth for each character.

Did I mention the show is funny? I have laughed consistently since the beginning and look to HIMYF as my weekly escape to a world of joy and not the mindless doom that seems to be prevalent on social media and network news.