How does Pamela Anderson get to Hollywood? On episode 6 of Pam & Tommy, “Pamela in Wonderland” we trace the route of the famous Canadian, and how she ended up in the center of a tabloid firestorm with her husband Tommy Lee. It’s 1989 and viewers are brought to Vancouver where we meet a young Pam (Lily James) at the BC Lions football game. The Labatt’s camera finds her during the game, and the instant fame of this one moment will catapult her to stardom.

In the present day, Pam is about to testify at a deposition from the Penthouse lawyers. Alone with her lawyer and the attorney for Penthouse, Pam begins the arduous task of defending herself for every decision she has ever made. Pam is shocked at first to be put on the spot, since the lawsuit she and Tommy (Sebastian Stan) filed against Penthouse was to stop publication of images from the sex tape.  Starting with questions such as how old Pam was when she first exposed her genitals, this will be anything but a friendly experience.

Back in 1989, the Labatt company is impressed with Pam and offers her a modeling contract. The Labatt advertising campaign has propelled Pam to fame, and soon Playboy magazine is calling wanting Pam to pose. Her boyfriend at the time is not impressed and screams at her not to go to LA. But Pam has made up her mind and leaves for Hollywood.

The questions at the deposition continue to dive into the vulgar territory with cruel and personal questions that have no relevance except to embarrass Pam. While the lawyers for Penthouse are looking to get under Pam’s skin, the episode brings viewers back to Pam’s first meeting with Playboy and its founder Hugh Heffner (Mike Seely). Heffner gives Pam advice that will stay with her forever. The magazine mogul tells her to separate her price for work from her self-worth.

While Pam gets use to the idea of posing for Playboy, the present-day deposition questions her work with Playboy, including how many times she posed for the magazine. Pam is inundated with questions about whether she leaked the sex tape to up her price with Playboy. To make matters worse, Pam is forced to watch the sex tape with the male lawyers. Throughout all the harassment, Pam stays strong and endures. When a break is asked for, Pam leaves for the bathroom where she vomits.

Recovering from the shock of the meeting, Pam is met by the female court recorder, who comes to check on her. Pam is informed by the woman that she has sat through multiple depositions in her job, and this one was one of the worst she has ever experienced.

Tired of the questions Pam ends the session, hurt and worried about the outcome the lawsuit will have on her future. What she feared the most has come true. Pam worried that she would be targeted and degraded with this sex tape. She has been attacked for everything she has done, and with no sign of hope that this nightmare will come to an end. 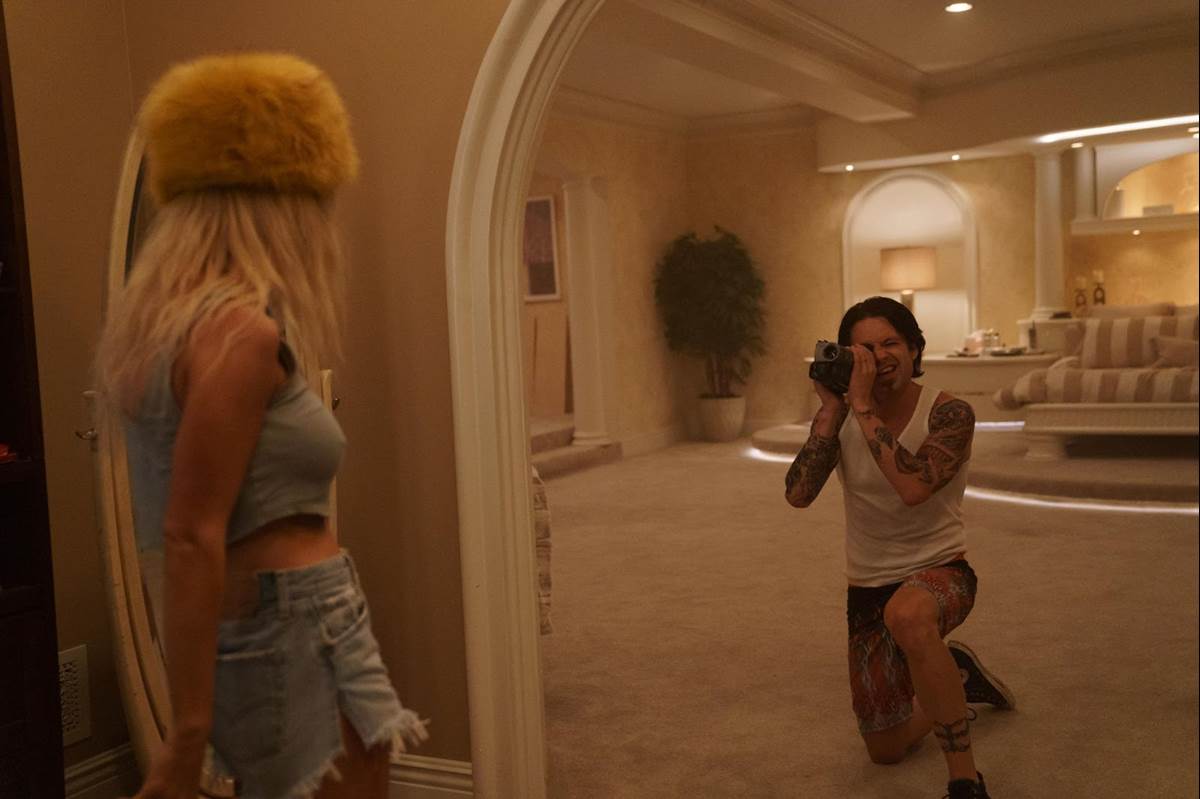 This episode is the perfect Emmy submission for Lily James. She is incredible. Not only does she capture the innocence of the young Pam but builds her performance with a strength that is herculean. Audiences will have a new respect, admiration, and sympathy for the real Pam Anderson.

The tabloid headlines that covered this event only focused on the tape. The shocking treatment that Anderson endured in the deposition was awful. Pam and Tommy were victims of a crime, and their personal moments were broadcast all over the world, with no repercussions for the criminals. Pam has been victimized and criticized because of her career choice and the fact that she is a woman. The media of the day portrayed Anderson as a caricature. Lily James shows us the real person who was damaged by this crime.

There is no happy ending to come. This week’s episode is just another stop on the tumble through hell for Pam.