Mystery fans will want to head to BritBox, the BBC and ITV streaming service, for Murder in Provence,  the three-part series adaptation of the hit “Verlaque and Bonnet” novels by M.L. Longworth. “Shelagh [Stephenson] was very anxious that there were certain characteristics about the characters that were typically French and not British, even though there were British actors playing the part,” actress Nancy Carroll revealed about the adaptation during a TCA press conference. “There were elements and idiosyncrasies that she put into the writing that had to be distinctly from that part of the world, and certainly that there’s a murder in a chateau, and there’s a murder in the vineyard, and so that the experiences, the landscape around each crime can only inform the crime and the solving of that crime, I would say.” 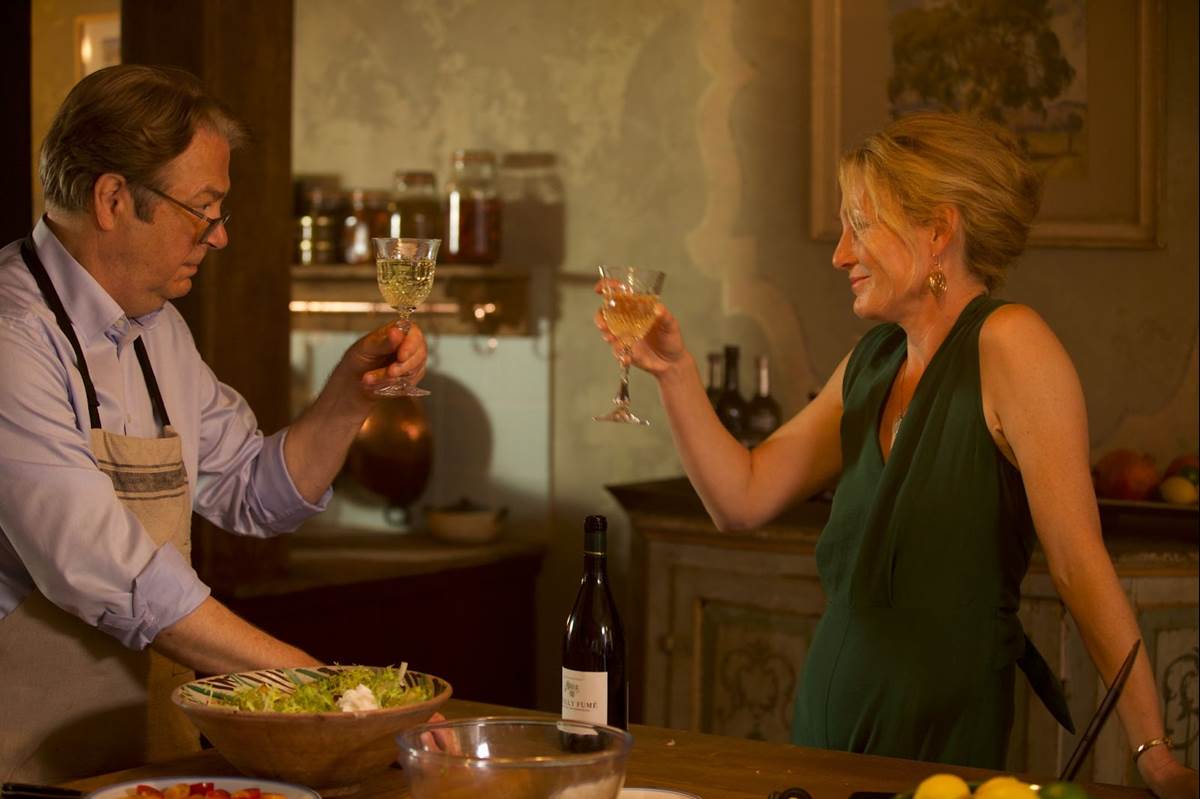 Nancy Carroll plays Marine Bonnet. “I am a professor of criminal psychology, and my interest in the case is sort of more of a ‘nosy parker,’” she explained. “I don't know if you have that phrase in America but it's more about a source of morbid interest in the detail of cases, and it's something that we discuss in our private moments. By the end of the first episode, the police in whatever form have been wooing me into their team on an advisory basis, and by the end of the first episode, I sort of joined the team officially much to my mother's disapproval.”

Playing Antoine Verlaque is Roger Allam, who is no stranger to playing a sleuth, well known as Thursday on Endeavor. But Verlaque has a different type of role than Roger Allam has played before. “They have a judicial system whereby you have a judge who collects all the evidence to present the case to court,” Roger Allam explained about how things are done in Provence. “He does that in conjunction with the police, but it's a very senior and important role and one which has no links really with the American system, as I understand it, or the British system.”

Keala Settle joins the cast as deputy commissioner Hélène Paulik, most well-known for her role as Lettie Lutz in The Greatest Showman, singer of the runaway hit “This Is Me.” “We sang a lot actually off-camera because all of these people on this call can sing very well,” she revealed, although Murder in Provence is not a musical. Keala feels at home singing and would do it to calm her nerves when the cameras weren’t rolling, but it helped her bond with Roger Allam. “All of a sudden, he started humming and singing, and we were talking about our stuff, and we had an opportunity to have a bit of a rehearsal before we started filming, and that's when we actually really got into talking about the fact that he had done the very first Les Mis, and he's the reason why there's a confrontation song in the actual show, and then I told him about when I got to do the revival on Broadway, and we were swapping notes. It was really lovely.”

“We were in France for about three weeks at the end of the shoot,” Nancy Carroll said of the filming locations. “We’d done 8 or 9 weeks in a fake France in England, but they did a beautiful job. We overtook an old school near Reading and they built the most beautiful sets. We had Antoine's offices and a lot of the scenes of the crimes, and the apartment, and it was all like for like with the locations that had already been found in and around Aix-en-Provence, and Cassis, and various places that we eventually shot through September of last year. So I think the art department were extraordinary, and they had a really tough job because we went to France second. Everything had to be created just on the basis of photographs for the most part. But they did a brilliant job and we were very lucky, and the sunshine followed us from Reading straight across to Aix for September so it was gorgeous.”

Enjoy all three parts of Murder in Provence only on BritBox.